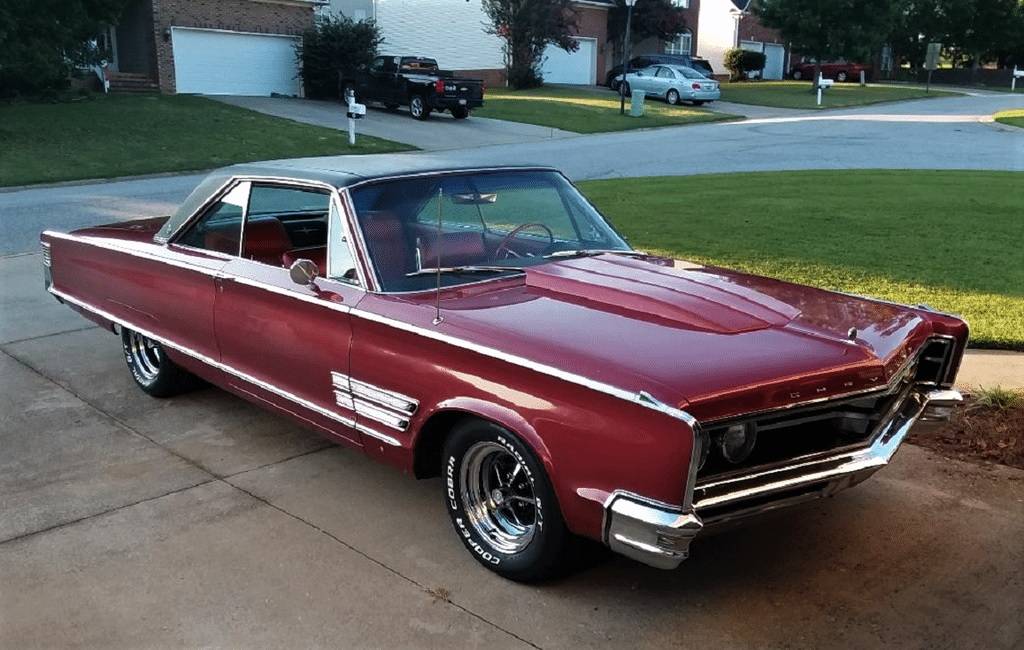 Originally a 383-4V "TNT" car, it was bought new by its first owner in fall 1965 from Fair Chrysler-Plymouth in Sacramento, CA.

After 34 years with its first owner, it was sold in 1999. The second owner built it into its current mechanical form – nicknamed The Flyin' Whale -- in 2005.

There was a feature article on this car in Mopar Action magazine in June 2006.

The modifications were done at ~120K miles. Vehicle still has virtually all its original paint (Spanish Red metallic), vinyl roof, and interior.

It was sold to a third owner in late 2006, then a fourth owner in 2007 where it sat (undriven, out of public view in storage) for about 10 years. It was purchased at auction and revitalized by its fifth owner in 2017.

Mechanically, it remains substantially as built by its second owner. The second (builder), fifth, and current (since summer 2020) owners are FCBO members.

. HD 727 “TorqueFlight” (1969 MY) with Gear Vendor overdrive (effectively making it a 6-speed automatic)

. Brake pedal ratio modified from 3:1 to 6:1 so no power booster needed

There are no comments to display.