1960 Dodge Speedometer: I May Have Boo-Booed

So I have this '60 Dart Phoenix sedan, which is in about #3 condition. It has the "see-through" speedometer. Like on a lot of these I've seen, the speedometer lens frosting was smeared in places and I wanted to make it look uniform again. Some restored cars in internet search photos show how people have simply stripped the fragile frosting off and make it clear except for the black numerals. I didn't want to do that. Working in the garage, I took some white paint and a little brush and re-painted the back of the lens. It was really looking good, and the black numerals remained black and sharp with no bleeding of the white onto the black.

However, when I backed the car out into the daylight--yecch! With the light coming through the lens, the white paint looked all splotchy! Also the view from outside through the windshield was awful!

So I took some light cardboard with a silver/gray finish, cut out a piece in the shape of the lens, and covered the back of the speedometer. The result looks great in the garage, and at night with the dash lights lit. However, in the daylight the gauge face looks a little too dark (which is ironic considering it looks bright in the garage where the light is low). There is also more reflective glare from the clear lens which faces you. Also some undesirable shadow effects through the odometer opening in bright sunlight conditions.

Now I wish I had left well enough alone, but it's too late now.

The engineers at Chrysler Corp. must have done a dozen experiments to get this thing right under all lighting conditions. There's so much optical complexity here.

So if you have a '60 Dodge with this type of speedo, you have to be very careful in order to get it really right (if that is possible today at all). Here are some pictures:

--Car outside in shade, looks best here.
--White background is fairly uniform looking with the cardboard cover installed. Black numbers and dots are sharp. Hard to get it really neat around odometer opening.
--View outside looking in (with cardboard cover) 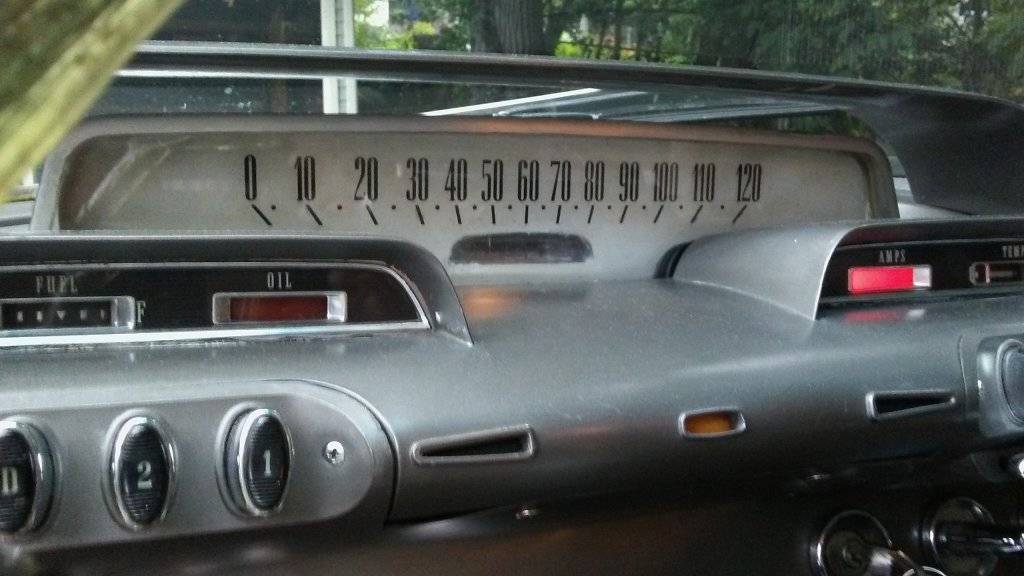 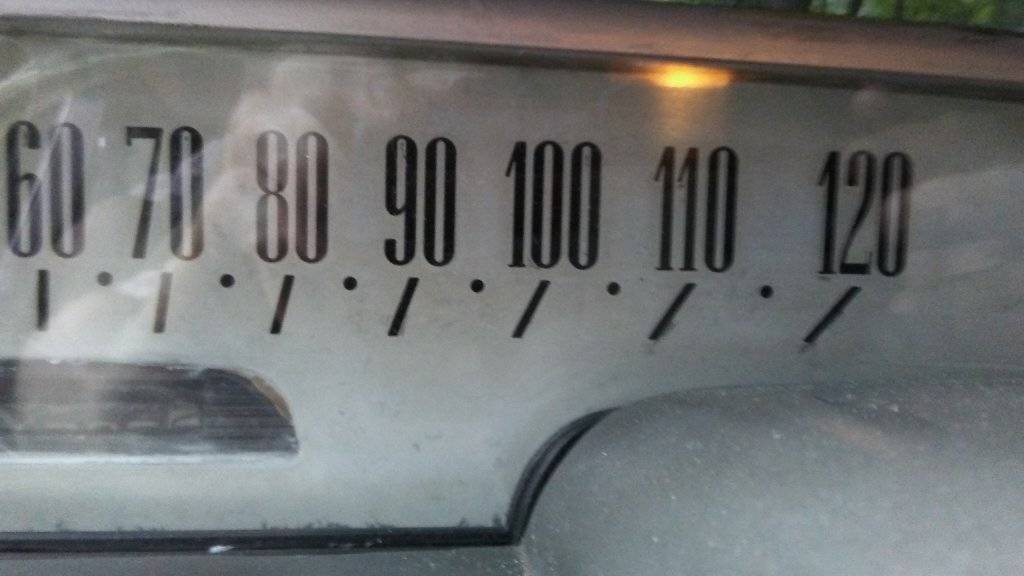 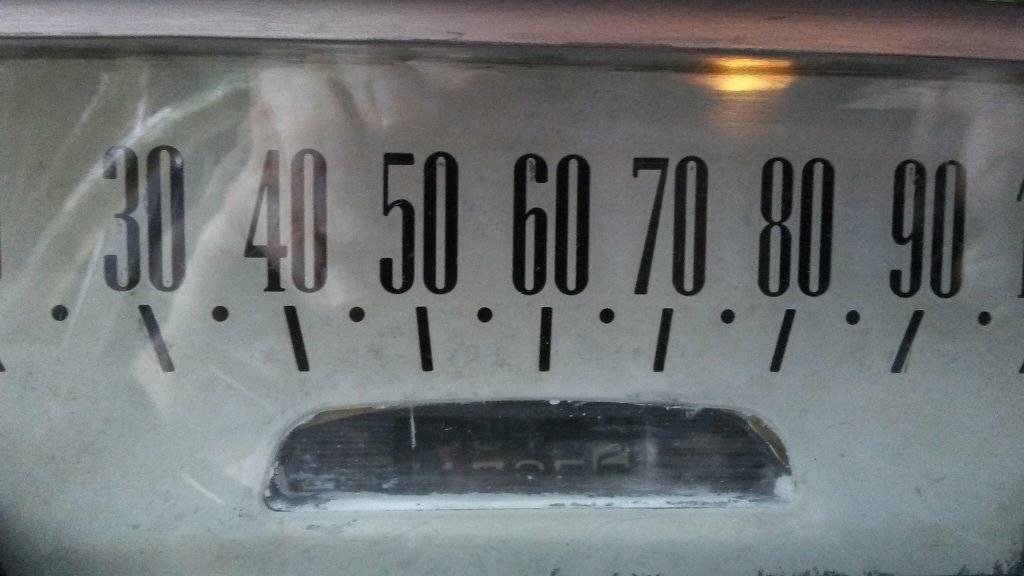 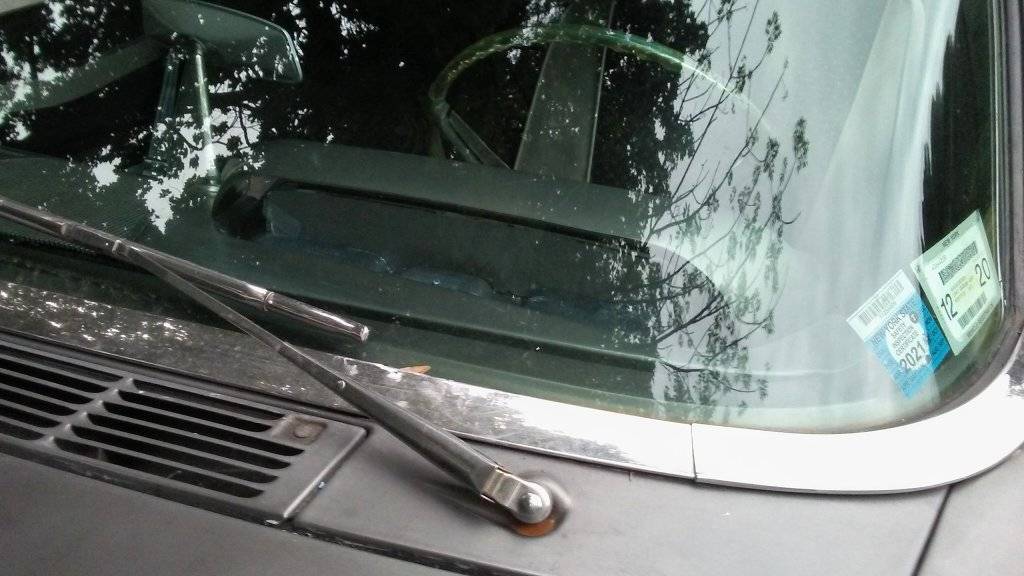 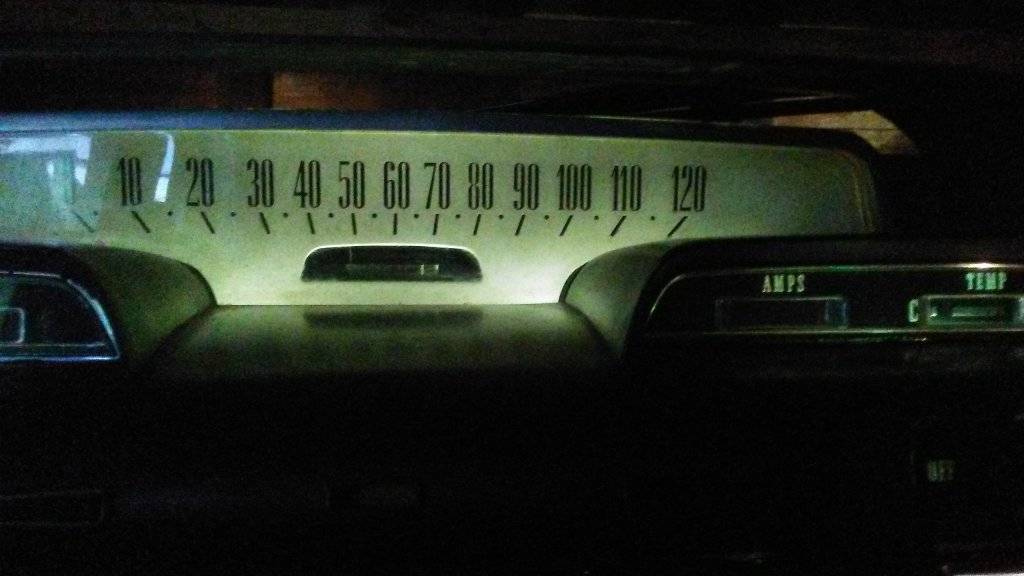 Very interesting, curious what everybody thinks about this one.
You must log in or register to reply here.

Ellie May is on the road
2