Looking at the usual online parts sources there seems to be total confusion between right & left, and I believe that most listings have it backwards. Which is why I have an immobile car sitting in my driveway at the moment.

After comparing pictures with the one that came off my car it appears that the ones numbered 2227 are for the right/passenger side & 2228 is for left/drivers side. Can anyone confirm this?

Pics sure would help. Kim

After digging into this a little more, I believe this is the correct information (and most of the usual online retailers have incorrect listings) 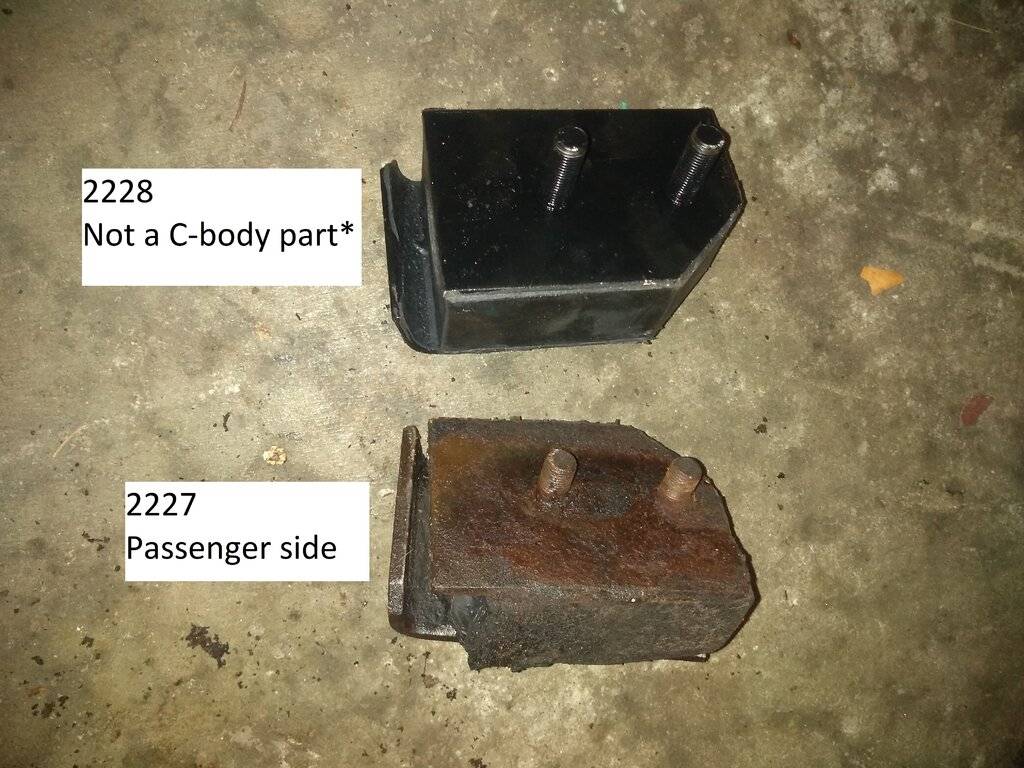 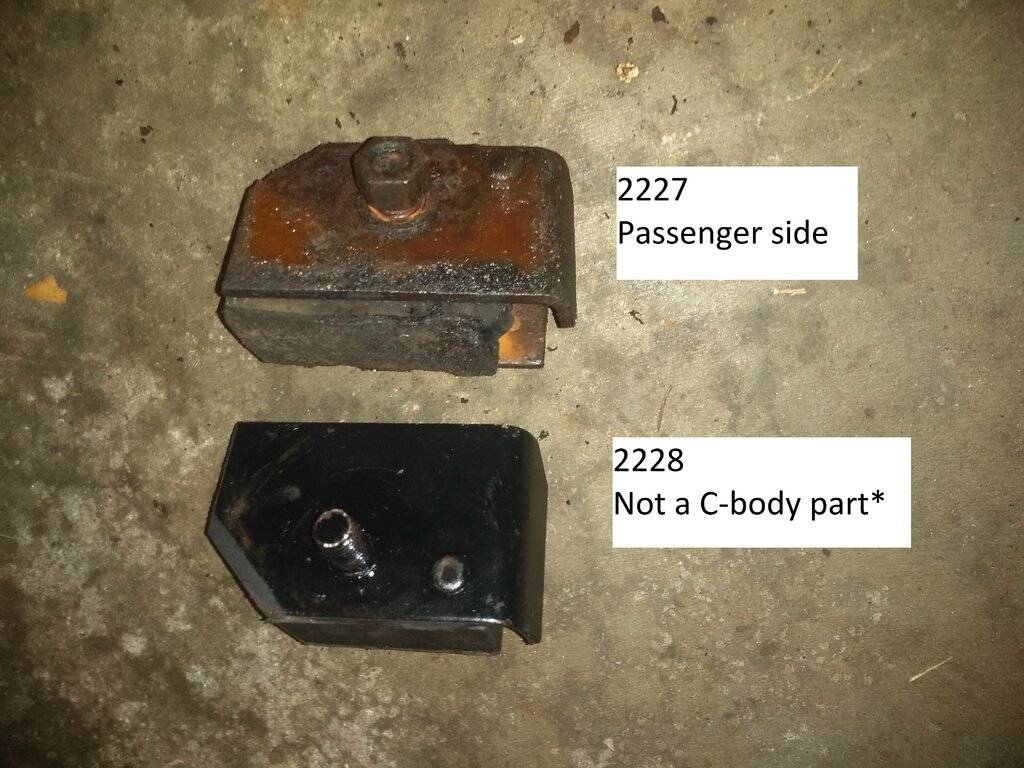 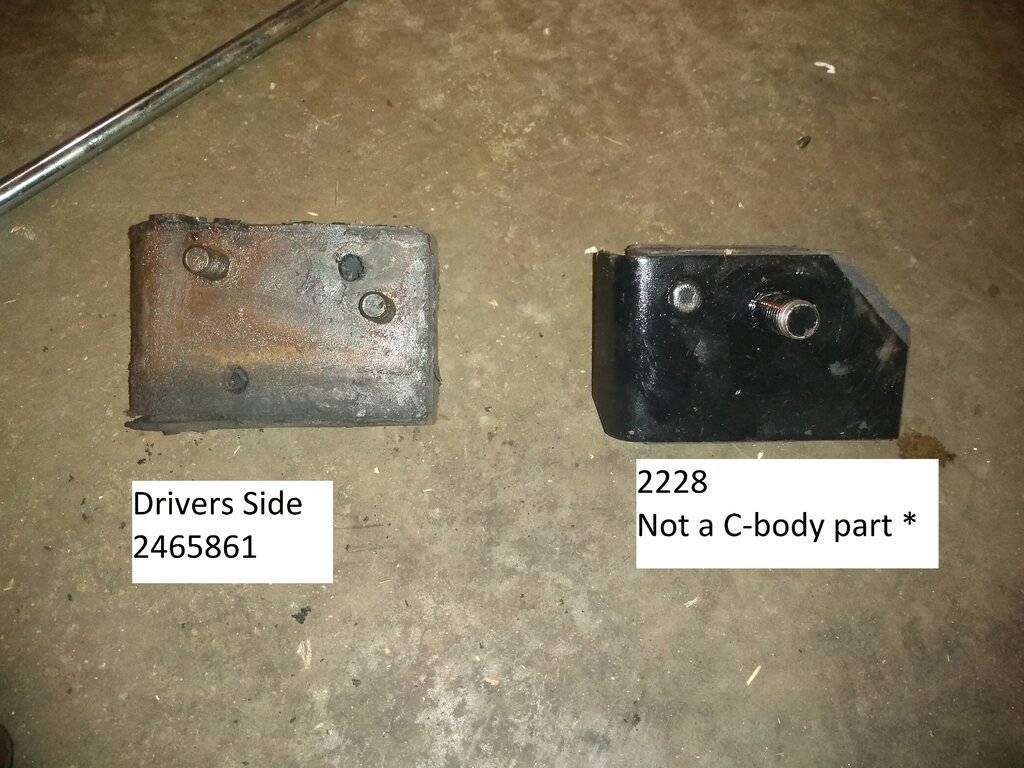 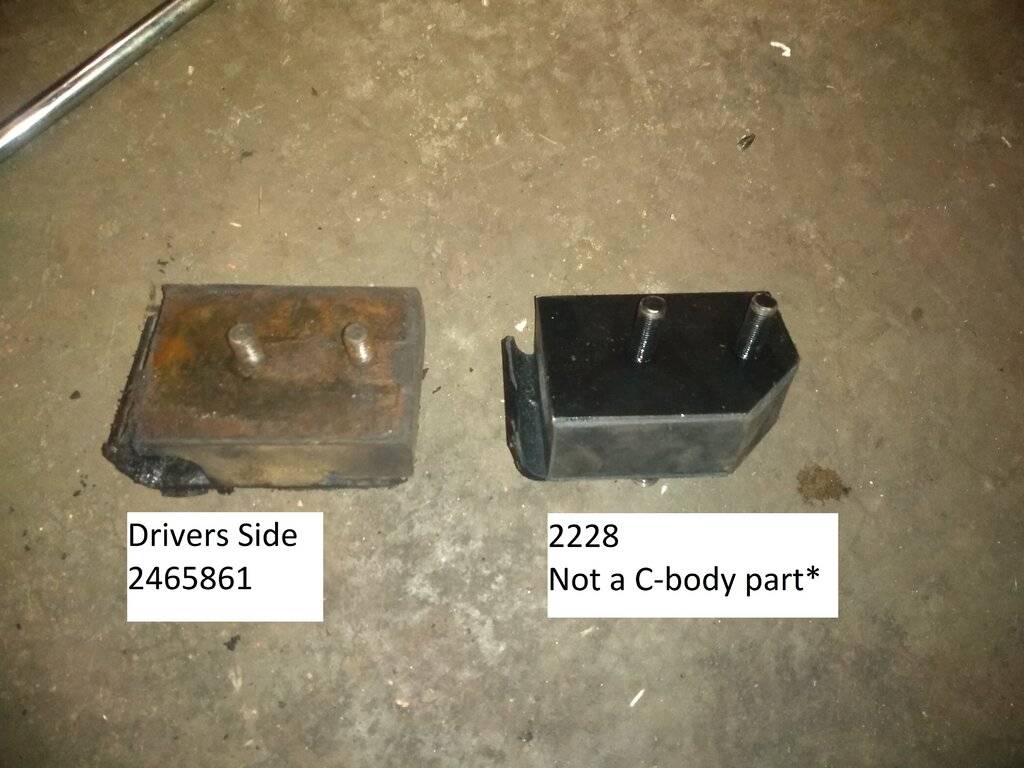 *
1965 Mopar # 2402 183
Aftermarket # 2228
This is the drivers side mount for a B Body
This is what rockauto, autozone etc will try to sell you but it is not a C-body part (also they have it listed as passenger side instead of drivers

It seems that in the past several companies have sold new brackets that allow this part to be used on a '65 C-body, but I am not sure if they are currently available

I suspect that you could simply drill an additional hole into the existing bracket, but have not really investigated that option.
O

I think your on to something. Did u ever get the proper mount. Kim

Azblackhemi had what I needed, so am all set, but thanks for the offer.

Mostly I just wanted to get all the information together in one place, so the next person searching has an easier time.

@D Cluley I presume you saw this page as part of your research?
'65 C-Body Original B/RB Products

Thanks for mentioning them Mike. I did run across that page when I was looking, but they were/are out of stock, so I moved on & forgot to put them in the post. Hopefully they will put the C body mounts back into production in the future.

D Cluley said:
Thanks for mentioning them Mike. I did run across that page when I was looking, but they were/are out of stock, so I moved on & forgot to put them in the post. Hopefully they will put the C body mounts back into production in the future.
Click to expand...

The owner of Schumacher pretty much retired, but it has been bought by another company. They may be taking orders before they do a run of parts, or only manufacturing what they think will sell the most. You should contact them if you're interested.
O

I believe it’s US Car Tool that has the rights to the Schumacher mounts. Kim
You must log in or register to reply here.