Contact seller
I'm putting my 1968 Dodge Monaco 500 up for sale. It's been a fun car to drive, but I don't have the desire or ambition to give the car the attention it deserves. I have driven this car over 10,000 miles since getting it on the road in Sept 2019. It's been to Illinois for three shows, and also out to Carlisle last year. It does need a lot of work, or a little work and enjoy a scruffy ride.

The car originally was bought in Maryland, I have the original owners manual with the buyers name written in it. It sat under a carport, where the water damage to the quarter and trunk happened. It was purchased by a member of this forum and brought to Indianapolis where it sat in a nice clean garage for two decades or so. I purchased the car in November of 2018.

It is complete with the exception of the AC system, but the miles I've put on have shown what wasn't in the best of shape. The car did sit for almost two decades before I got it.

I installed inner and outer tie rod ends, and an idler arm up front. New tires in 2019, with the aforementioned miles on them. It didn't have an alternator when I purchased it, so I added one. This caused the power steering pump to whine, which then seized last fall. Before that the car would pull to the right if you let off the wheel, so the gear needs to be adjusted. And just last week on the way home from Illinois, the power brake booster went out. Brakes still work, just a really hard pedal. The radiator will need to be recored, it started weeping a little bit.

Engine needs a tune up, at the very least. It has an Accel ignition system, XR700 or something, they now call it the fireball, I think. That seems to be working fine, but there is a miss. I have some new plugs for it, and will install them as time allows.

Transmission works but likes to upshift very early, I shift manually. It does slip going into drive if you are driving in anything more than a casual cruise. Has done it since day one of me having the car.

There is rust in the driver's quarter panel at the body line. Trunk floor has rust holes, as does the rear inner fender on the driver's side. Driver's door needs new bushings, occasionally sags if parked just the right way. I'm sure it needs new springs out back, but the ride is still comfortable, and it doesn't bottom out or anything like that.

The driver's seat has some tears by the release knob and the side trim piece at the bottom broke when the stepsons kid stepped on it. The console has a crack along the top of the rear portion, an easy fix with some putty and paint. Console armrest needs a new cable to keep it from falling rearward. Door panels are in good shape. I removed the headliner after it ripped last year, my fault, but it was sagging and would have not held up very much longer. I still have the bows for it. Right turn indicator bulb needs replacing in the dash, but the other bulbs work. Could replace the gauge bulbs, they are not too bright at times. Aftermarket radio, or the dash speaker crapped out last year. The dash panel was cut for the radio, unfortunately.

It came equipped with speed control, but it is not hooked up. The cable going from the control unit is still there, I found it along the top of the frame rail.

It also came with a remote trunk release in the glove box, also not working as no vacuum goes into the interior. The glove box liner tore the first time I touched the button and will need replacing.

I replaced the burnt out lights except the driver's front side marker light and driver's fender turn indicator. I didn't want to touch the still intact washer bottle, that even has the fluid in it from before my ownership. The wipers didn't work when purchased, due to the passenger side being seized. I undid the linkage to that side and had a working wipers for a while, but that has seized also. I have spares from my '66 parts cars I can include if desired.

All the hard to find lower body trim is there and in pretty good condition. A little dull, but no bad dents in any of the pieces.

I have mint used cornering light lenses, a spare gauge cluster, and a set of black plastic seat trim to replace the broken piece. All go with the car.

Car will come with the Holley Avenger that came with it. I had it rebuilt but haven't put it back on.

The exhaust is another issue. A shop "fixed" the leak at the flange, but he didn't tighten the nuts that well. I've replaced the gasket and used copper RTV, but it needs to be supported in a way I haven't been able to. It was quiet, but not anymore.

I'd love to see this go to someone who has the passion for this car. I wish I did, but it's too far down the list of projects at this time. 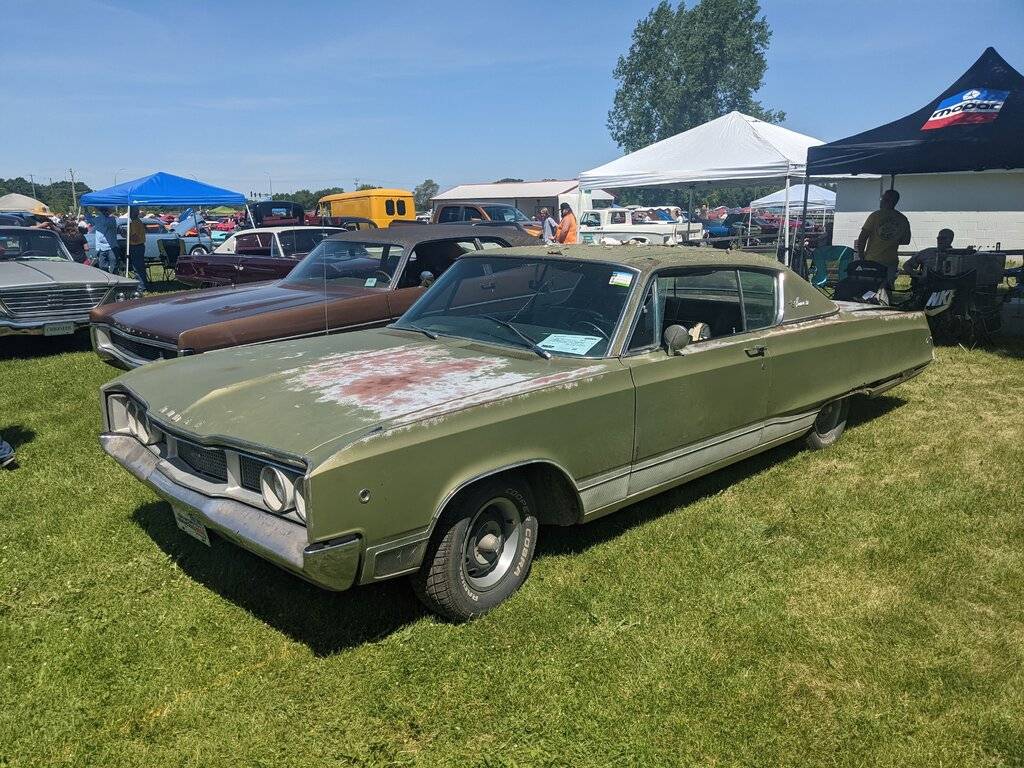 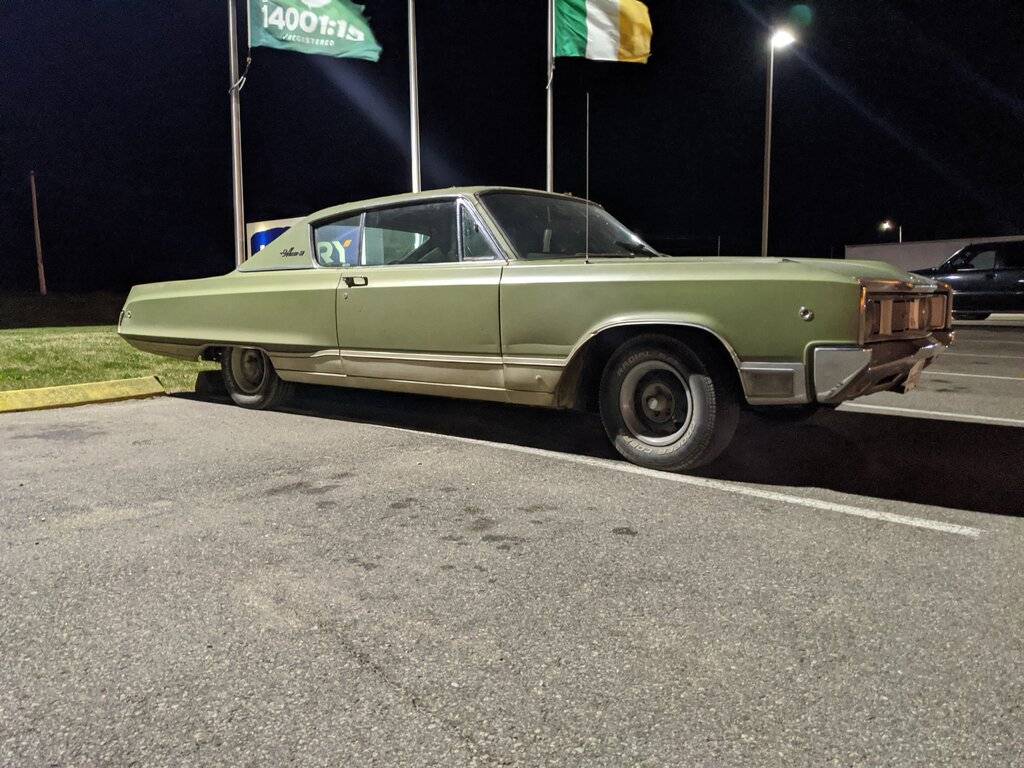 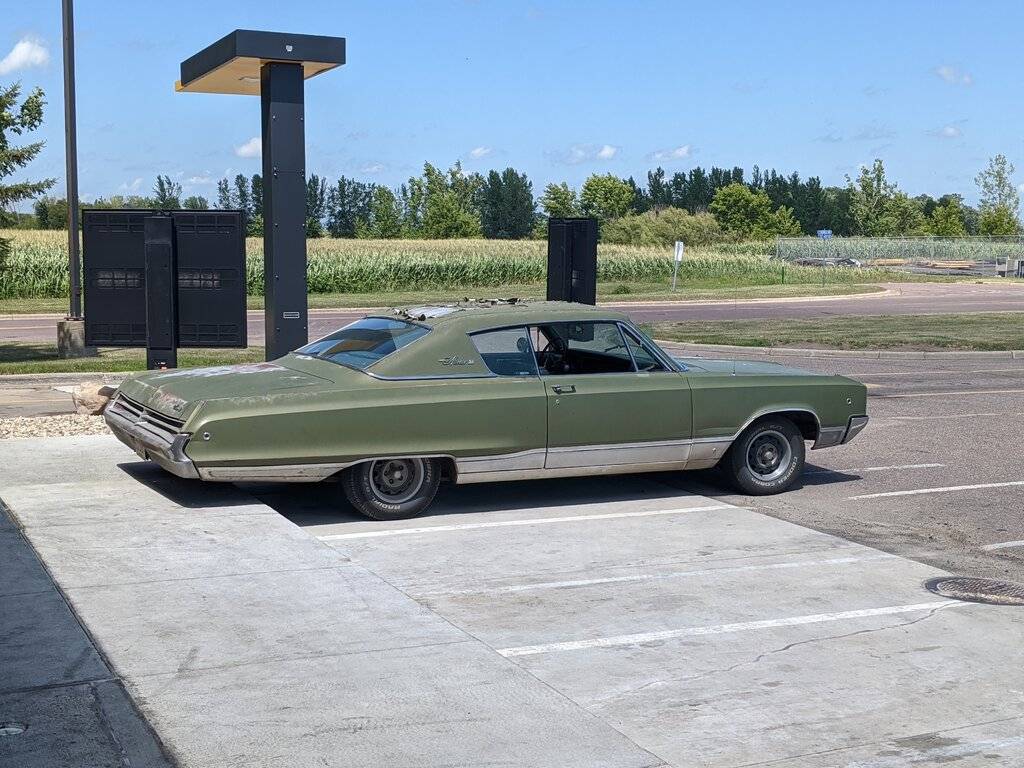 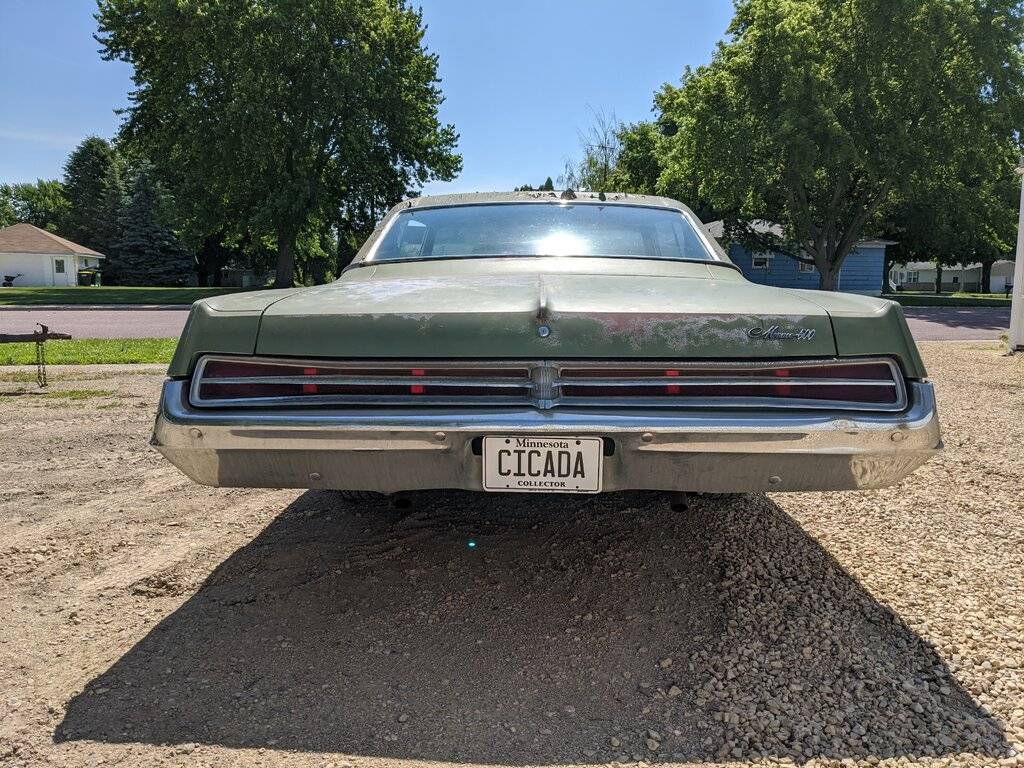 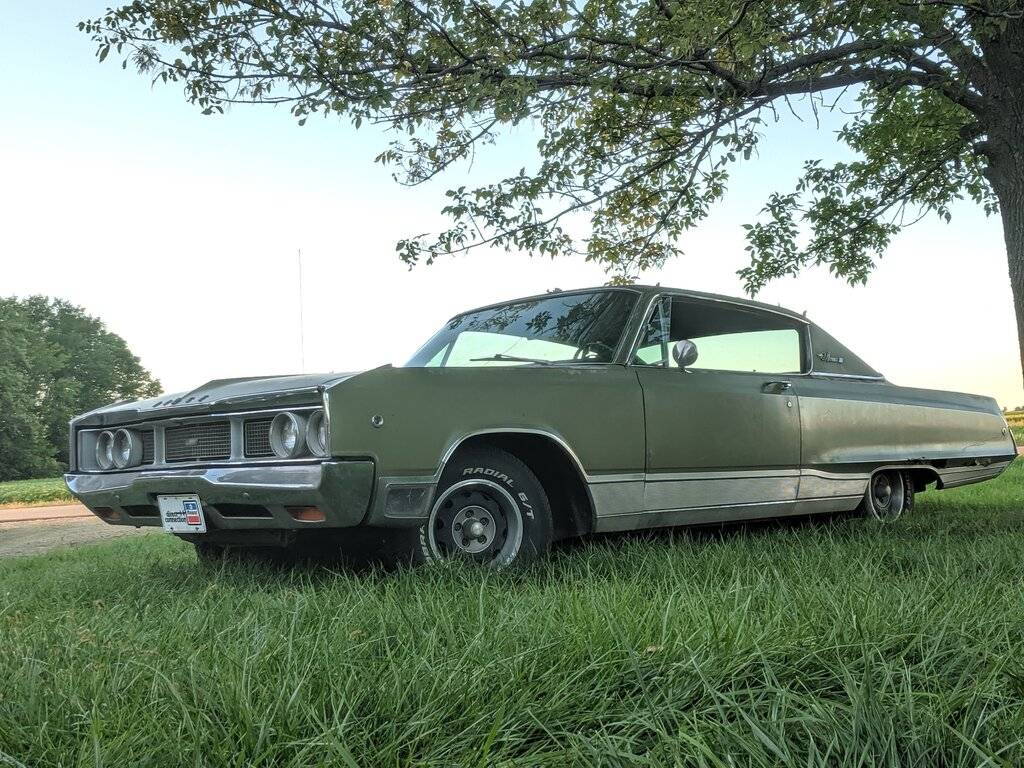 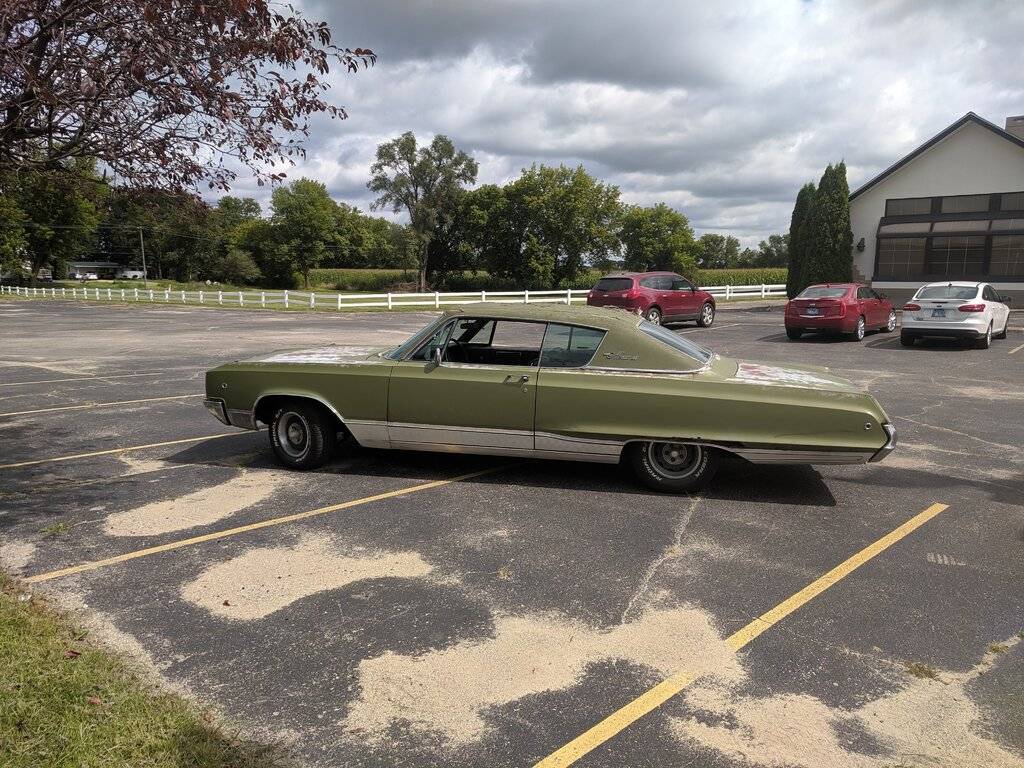 Some of the coolest taillights ever. 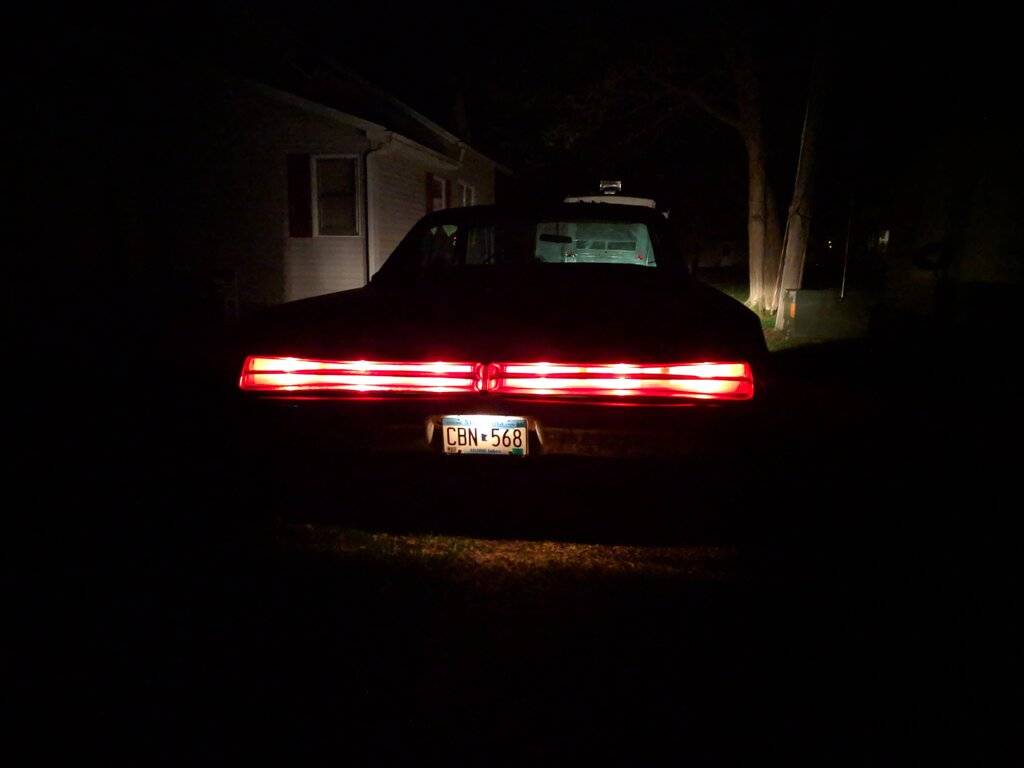 I don't have any good interior pictures, so I will take some in the morning as well as the trunk, and quarter panel rust. I'll edit any inaccuracies that I find in this listing. Definitely not trying to hide anything, bad would love to see this go to a member who loves the 67-68 Monaco's. I wish I could have seen it when new, I'm sure it was a real looker.
Last edited: Jul 2, 2021 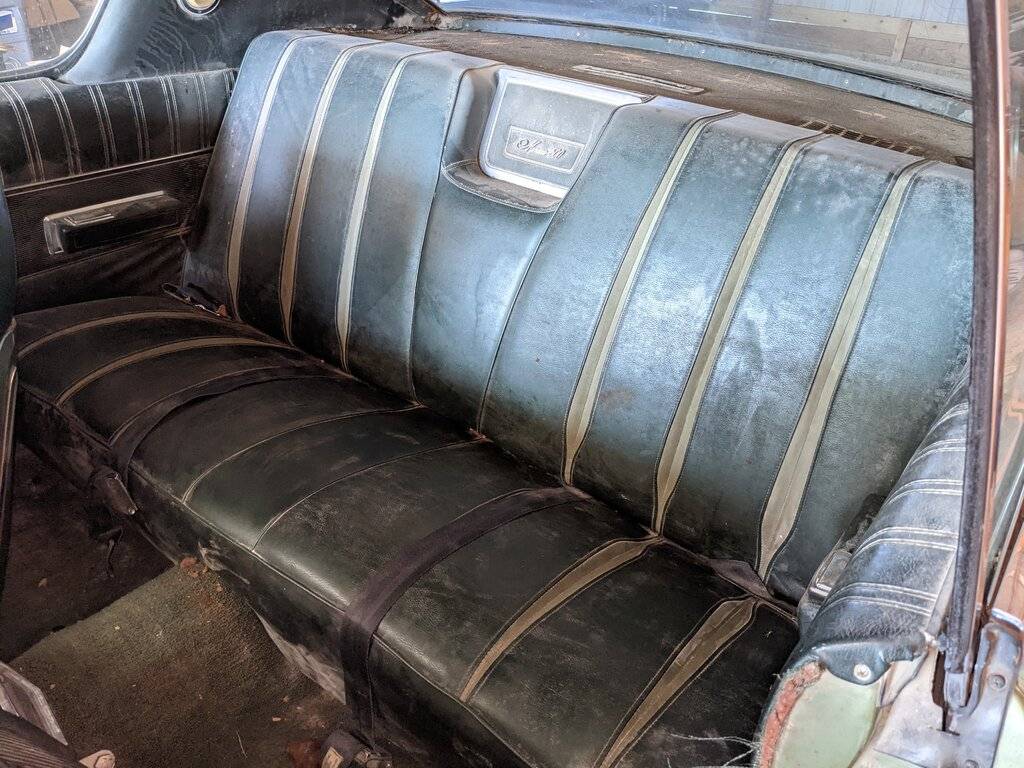 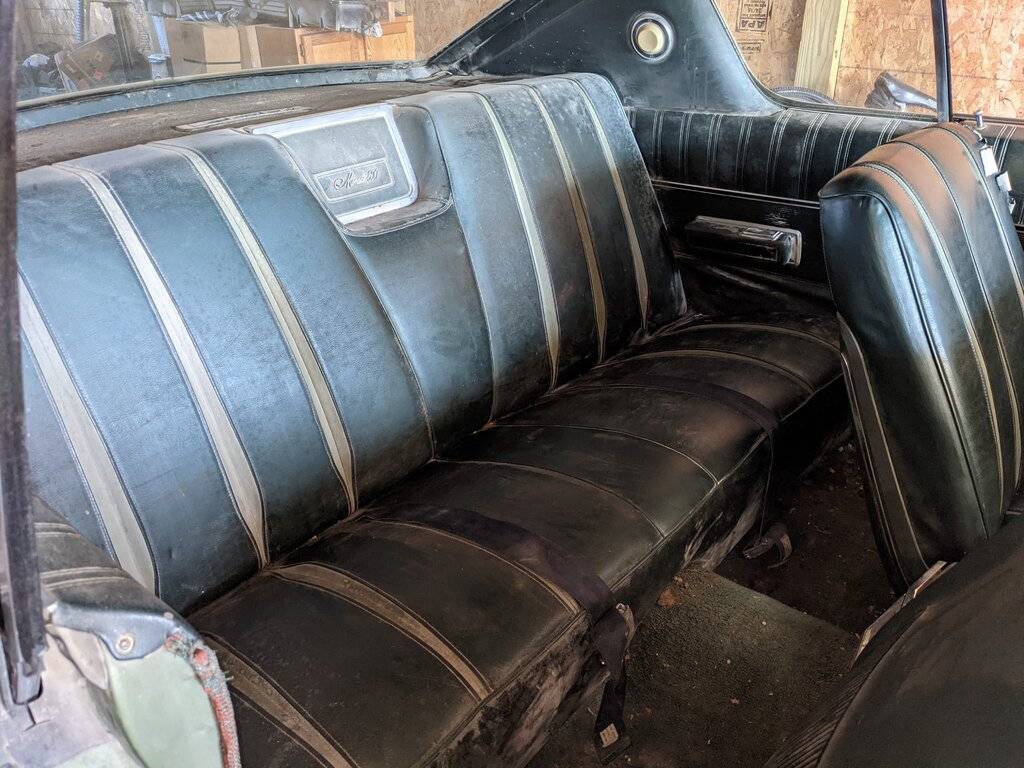 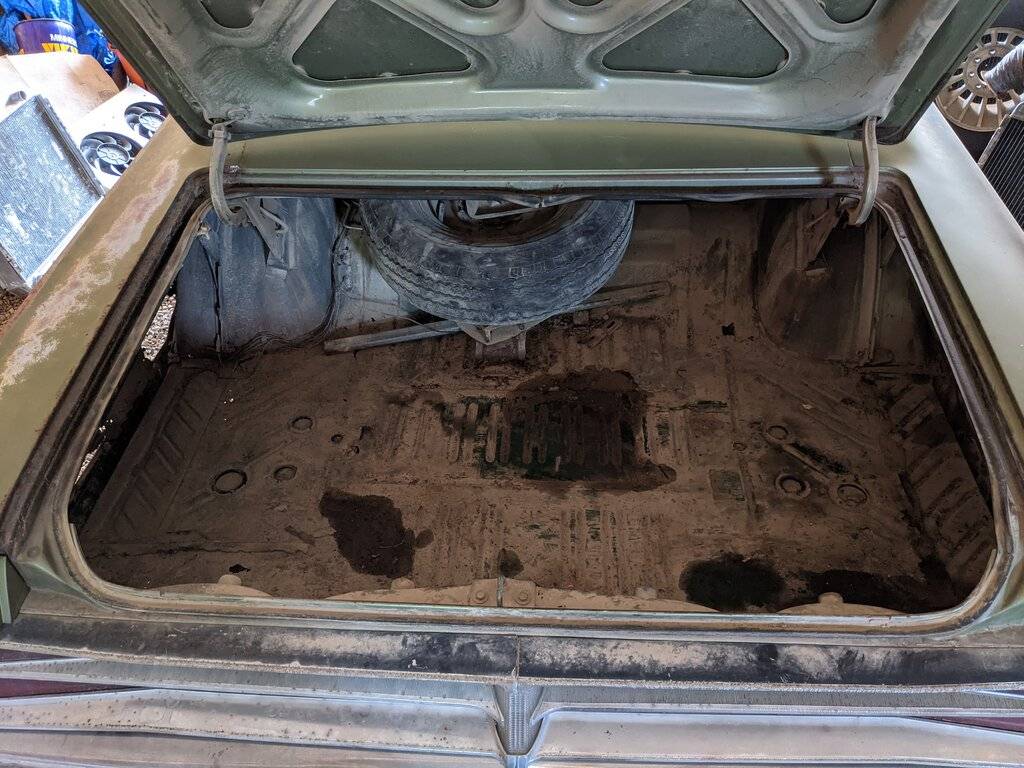 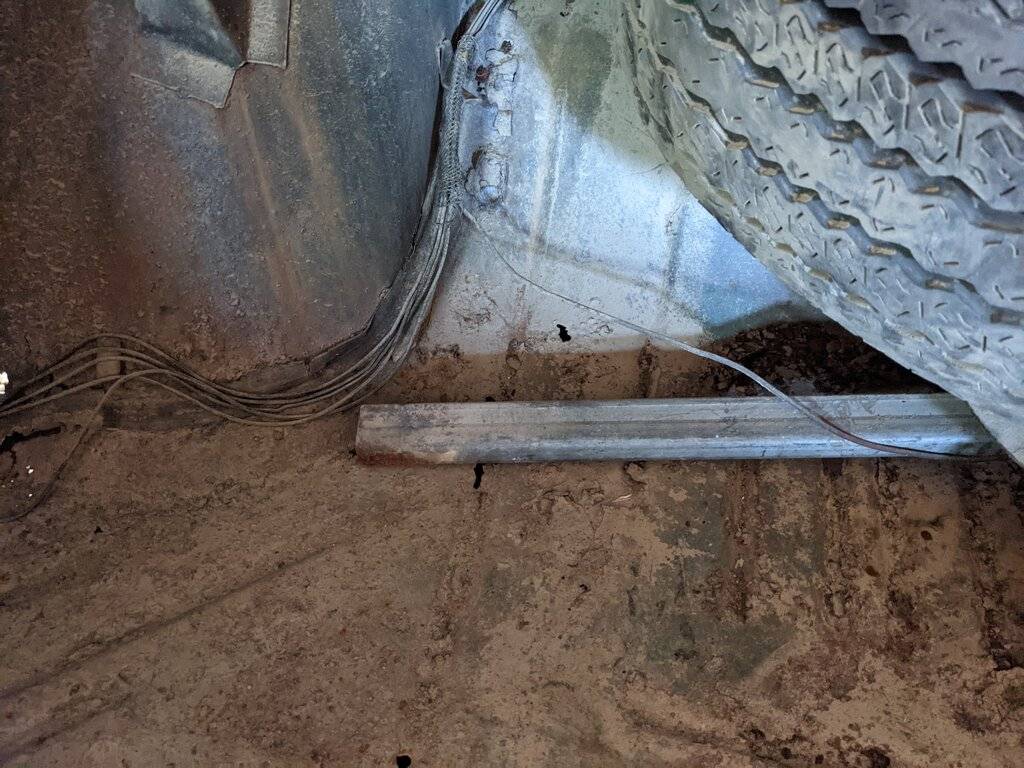 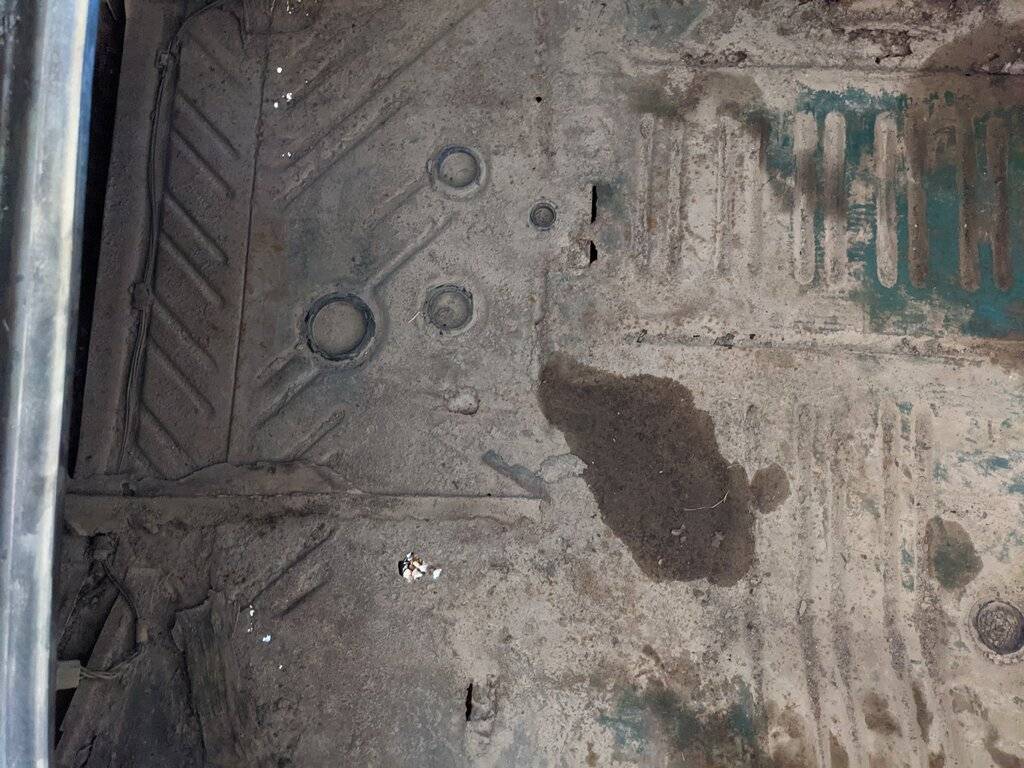 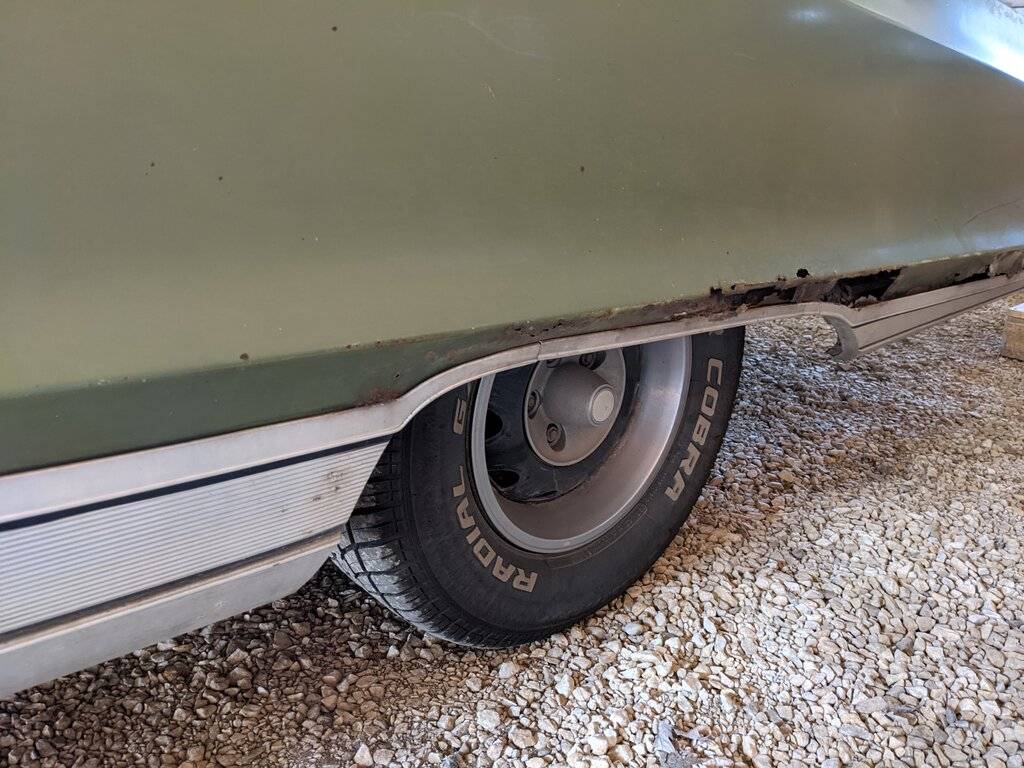 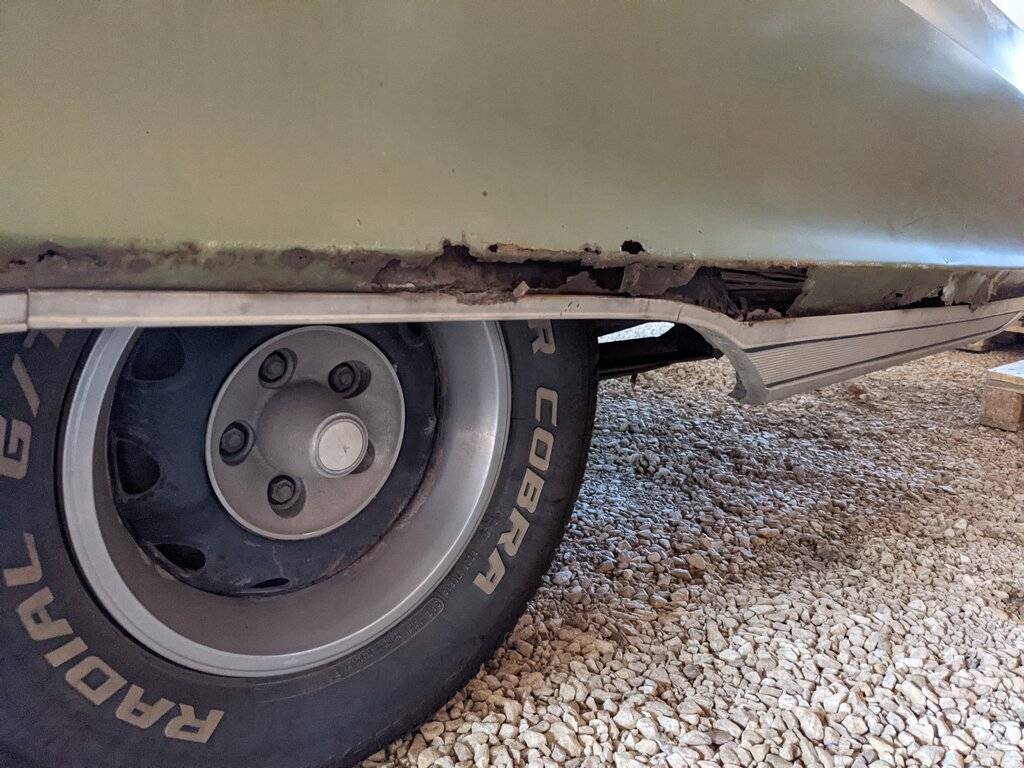 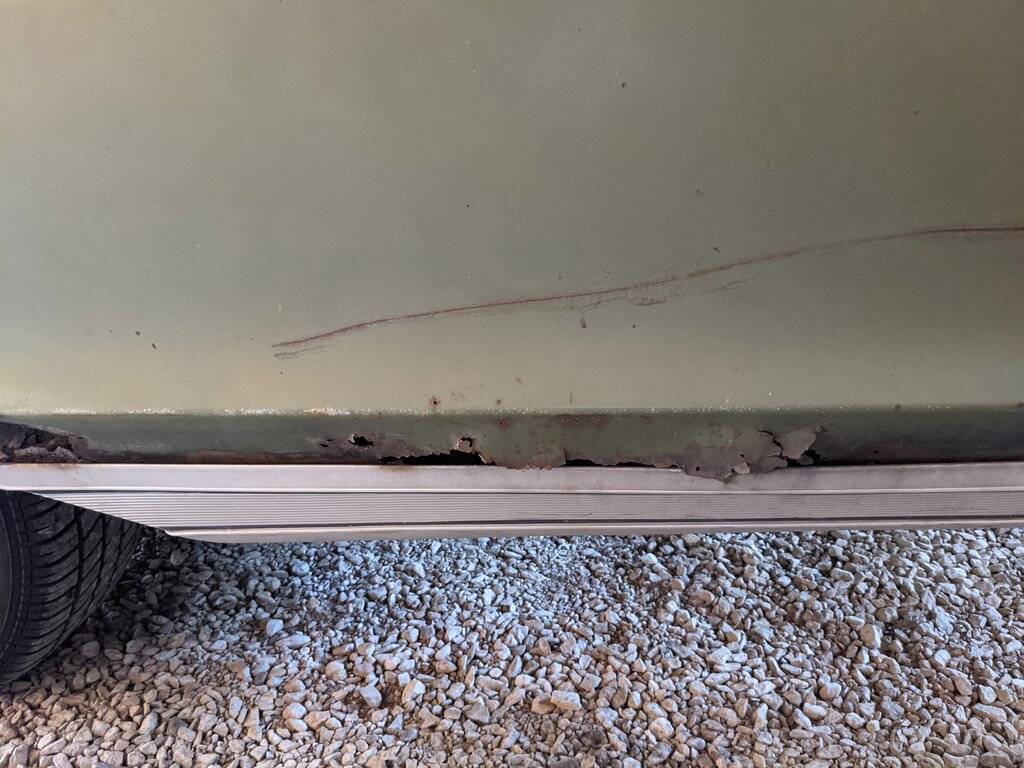 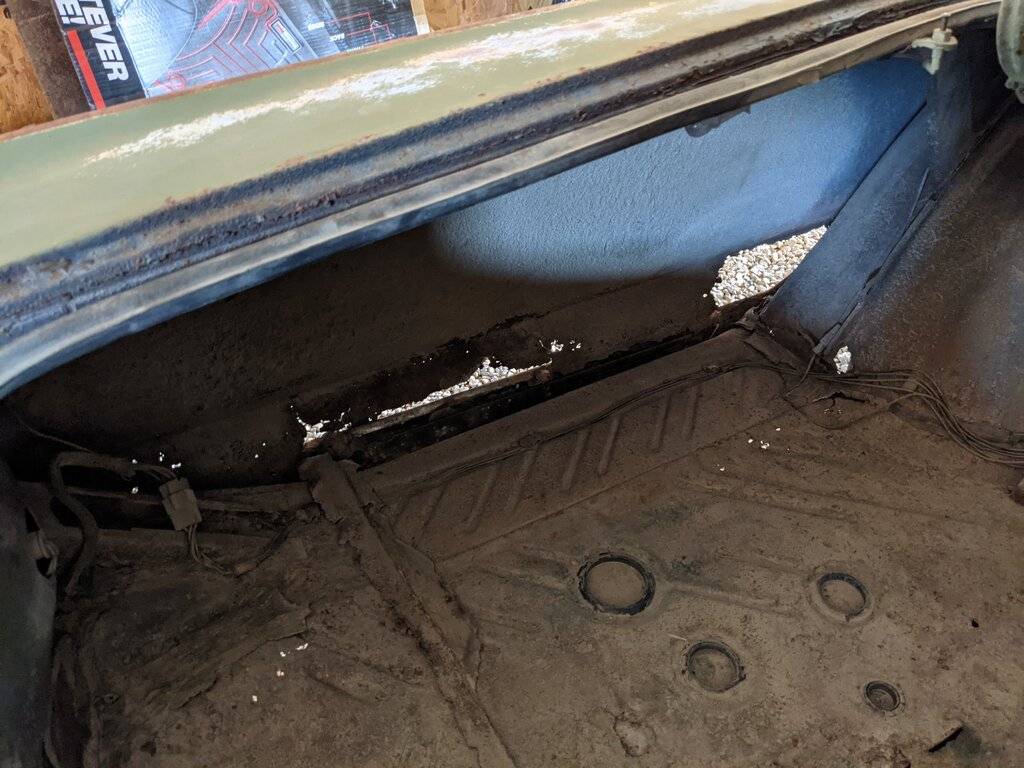 I also have a set of correct windshield wipers, and a new (still in the box) windshield to replace the cracked one.

That...is absolutely the best and most honest ad for a car I've ever seen. If I was closer to you I would be very interested in it.

Thank you, I completely understand the logistics make it difficult. I was close to you in January to get a car across the border. Worth it to me, but it wasn't cheap. 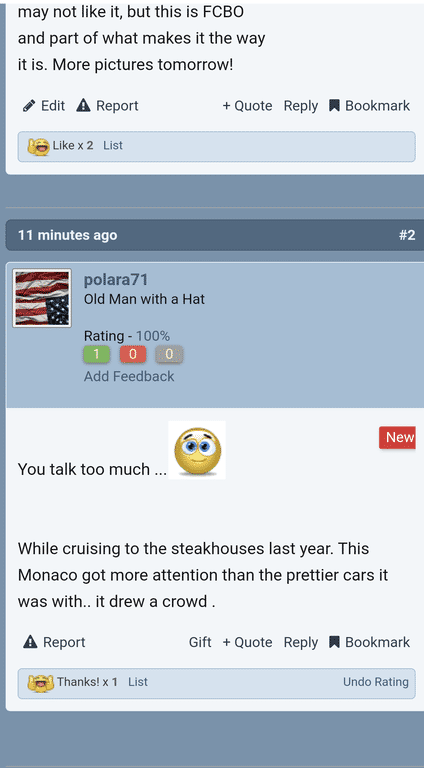 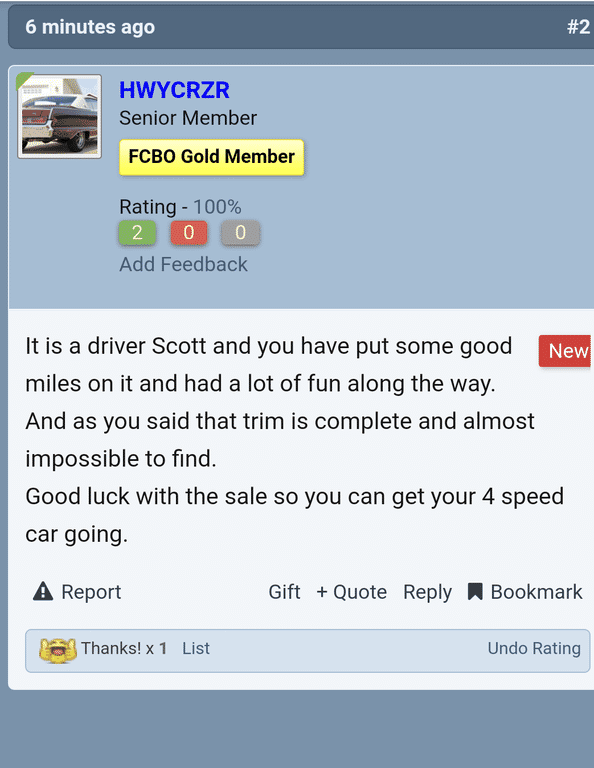 Car is sold! Went to a local buyer. I should be able to see it again, I've invited the buyer and his friend to a nearby car show/get together in August. 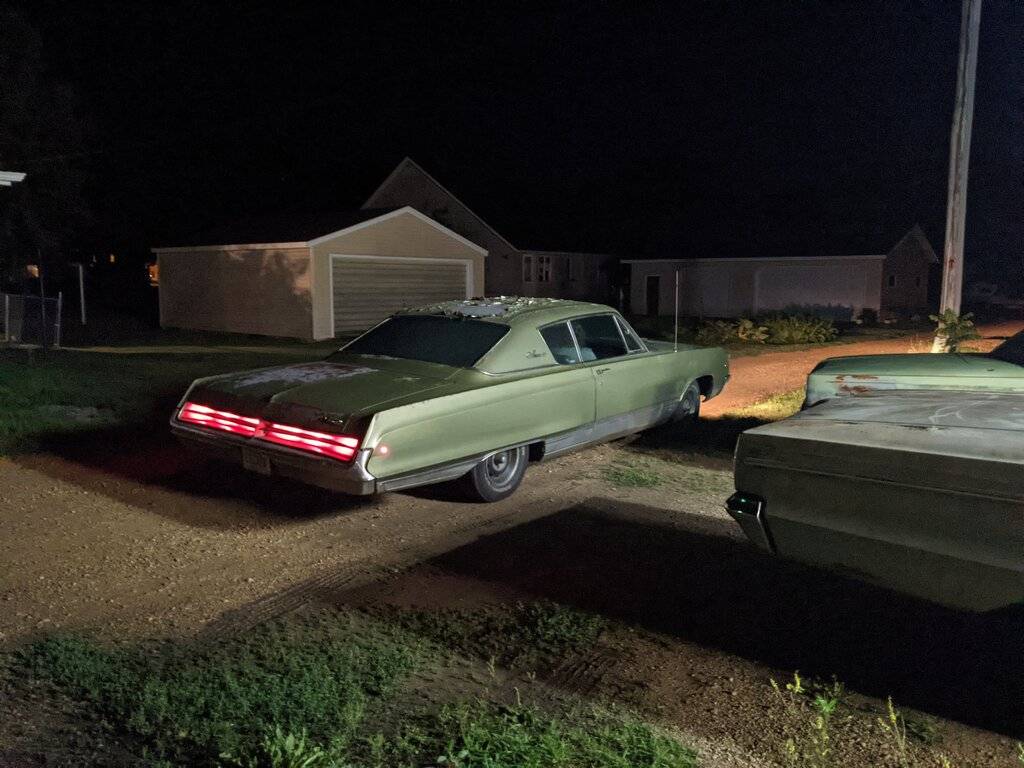 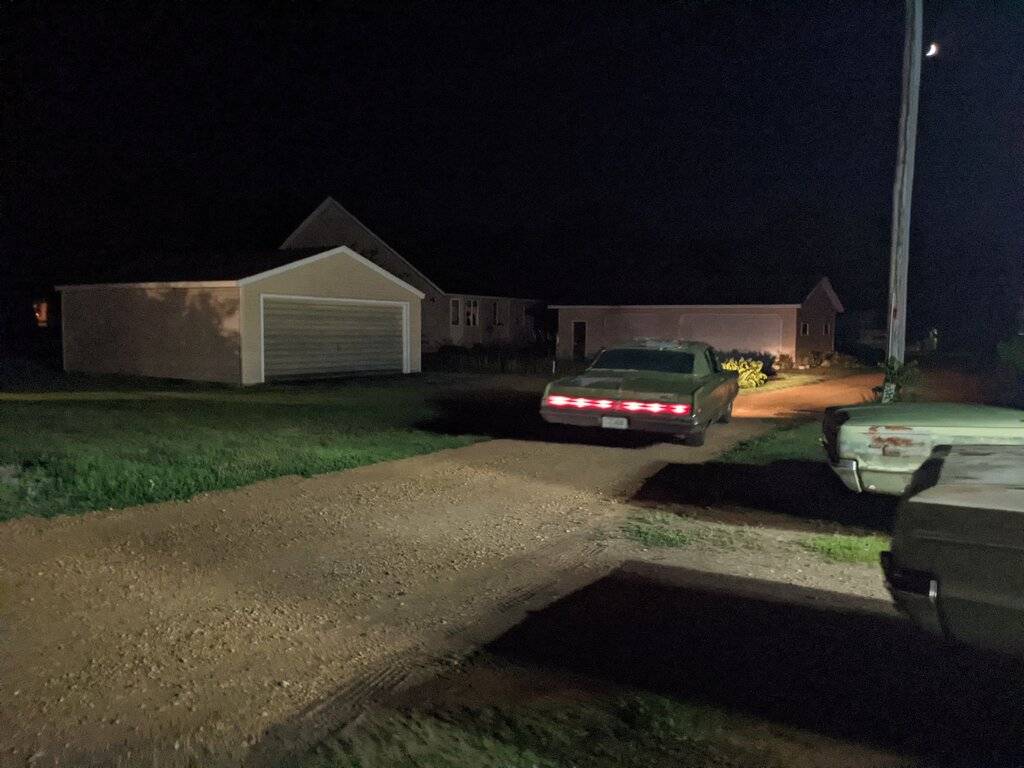 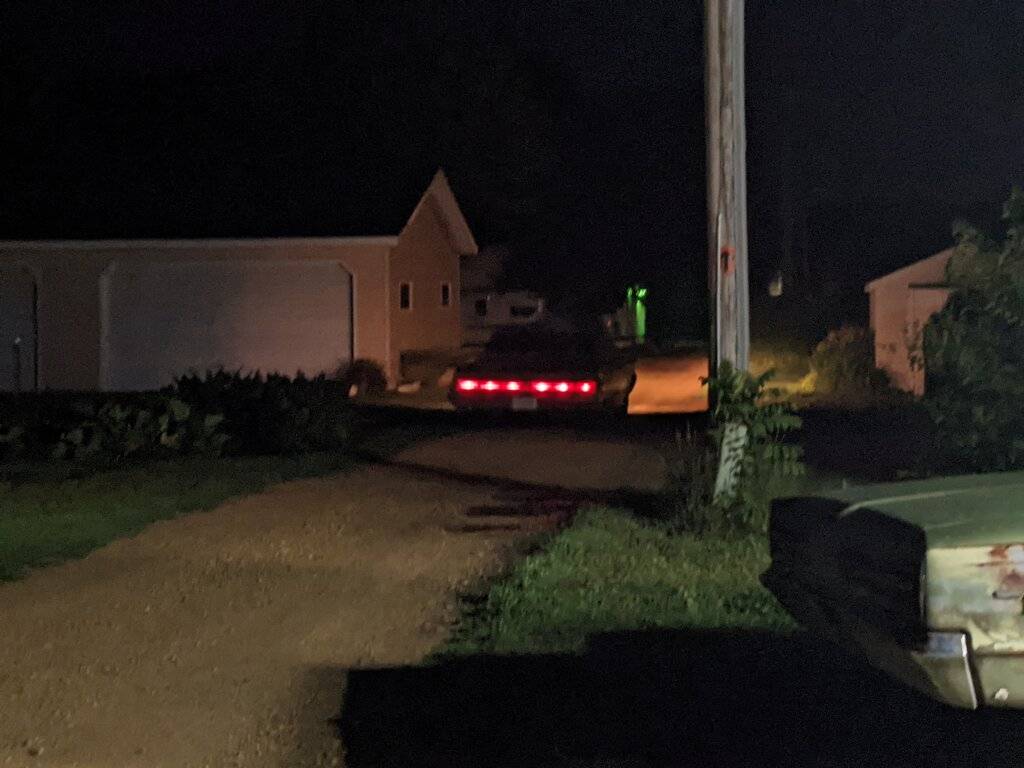 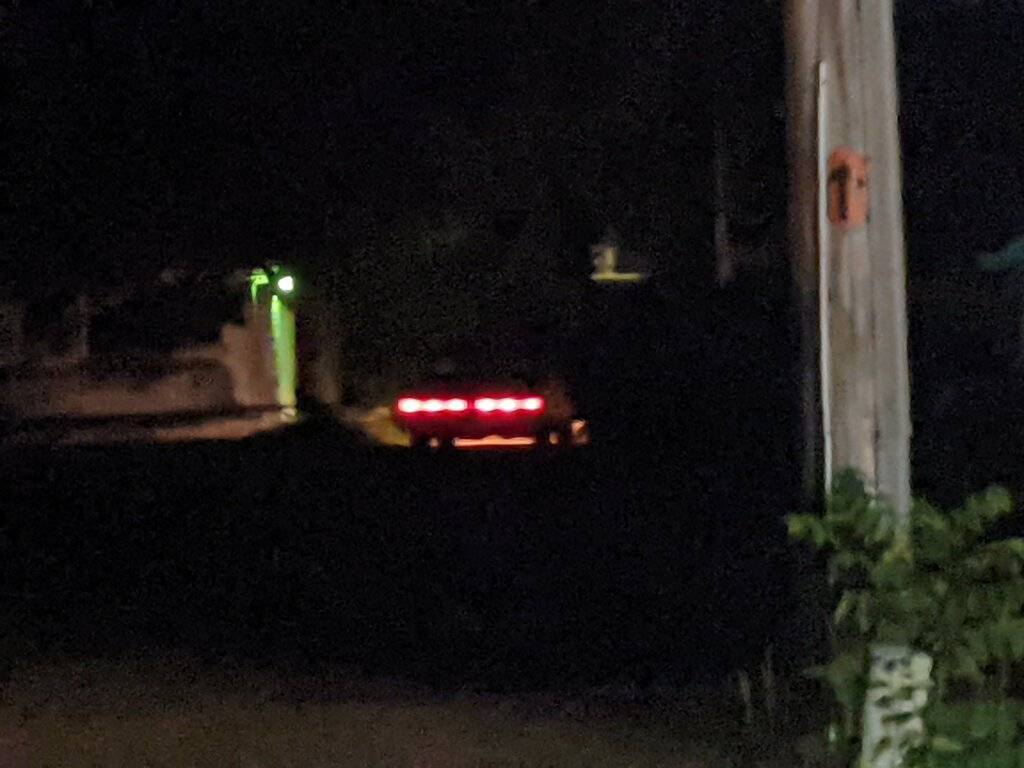 One last thing you need to do. Mark the ad "sold".

LocuMob said:
Car is sold! Went to a local buyer. I should be able to see it again, I've invited the buyer and his friend to a nearby car show/get together in August.

I hope they fix it up! The car deserves it after how it got you across country and down here a few times!

Toolmanmike said:
One last thing you need to do. Mark the ad "sold".
Click to expand...

L
For Sale 1981 Imperial for sale in Fla