Hi, I'm looking for recommendations rear OEM type rear shocks for my car. Originally optioned with HD suspension. Not a fan of gas charged KYB if I can help it. Anything in the Monroe line? I appreciate the time. Mike 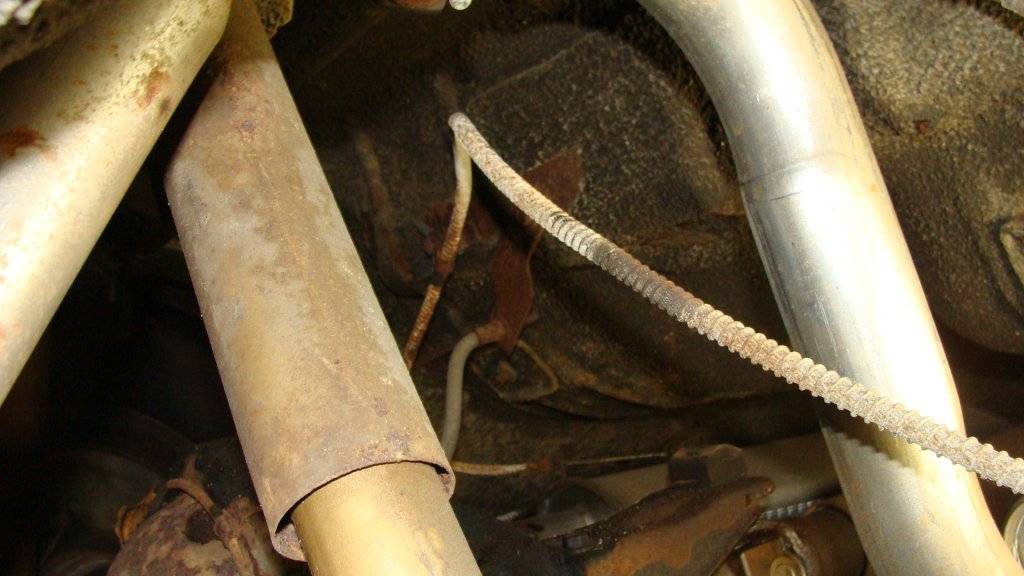 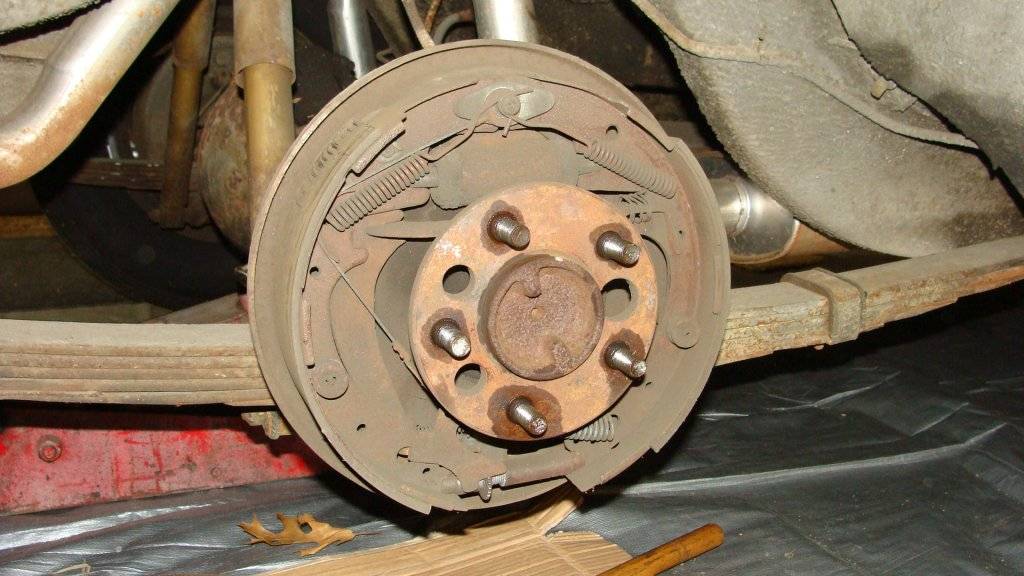 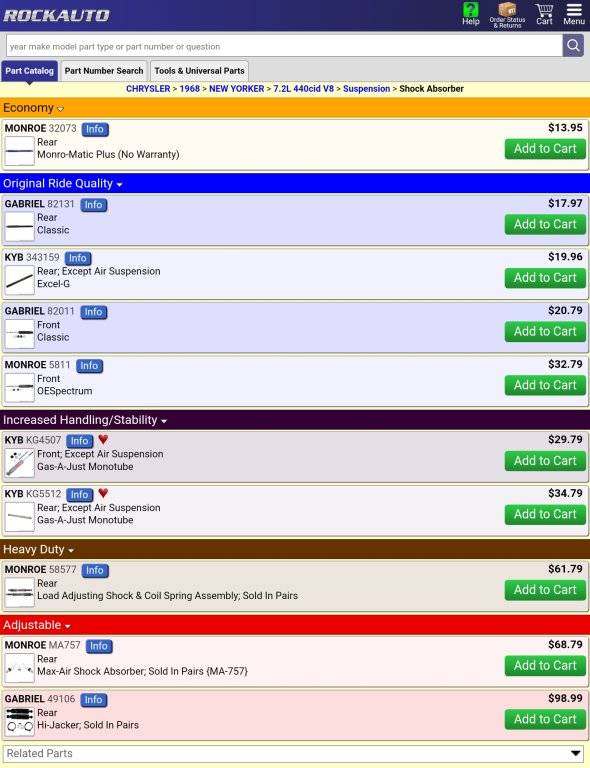 Thanks, I looked at those, didn't match what I wanted, I'm afraid the HD with springs will hit the exhaust pipe and be too harsh

Why are you so against the KYB Gas-Adjusts? I put those on my '68 Imperial and they ride wonderfully.

Maybe times have changed, but in my limited experience I've had much better luck with KYB shocks than Monroe. I've also heard Bilstein and Koni make a good shock. Maybe Gabriel?

I recommed you buy a pair of these:

They have exactly the same bound/rebound values as the OEM Oriflows back in the day (that is: soft) but they will last longer. Like your lifetime.
Last edited: May 13, 2022
C

Monroe was the supplier of record for Chrysler shocks, pre-1982 or so. Chrysler Parts and OEM production.

Other than the High Control shocks, the main thing on a/c cars was the rear springs, from I could tell from my research. Factory a/c cars had the stiffer front torsion bars already, as a part of the a/c package.

The Monroe and Gabriel rear air shocks (even if you do not use the air section) still have the large piston from times of old "real" HD shocks. The fronts will have the stiffer valving to match them, due to the smaller diameter pistons.

The premier HD shocks, back then, were the Monroe Super 500s. Which were replaced by the Monroe RadialMatics in the 1980s. The RMs, to me, were softer than the old Super 500s were.

When the factory shocks started to get bouncy on the '66 Newport Town Sedan, I advocated for the "parts book" Chrysler HD shocks. Which had the stamping "M.A.E.CO", which is supposed to be "Monroe Auto Equipment Co", according to the old line service manager at the dealership, although earlier years actually had "MONROE" stamped on them, he noted.

At THIS point in time, it could be hard to know if what was in the Monroes is what used to be in there. Considering all of the time for "refinement" and "tuning to radial tires" that might have transpired since back then. I know that "MonroeMatics" used to be their entry-level OEM "normal" shock absorber. Now it seems to have a larger piston than back then, if that matters.

To me, you could probably do worse than put on the Monroes. Gabriels used to be good, but I am not sure about them any more. I did like the Gabriel Striders (adjustables) that I put on the front of the '66 Newport when the OEM Chry HD shocks got a bit weak. One click firmer and they were great. But they got discontinued in the later 1970s, I believe.

I do know that I've read of forum posters (here and in other forums) mention that they liked teh firmness of the KYBs comparts to "everything else". As the "everything else" shocks probably had B-body valving in them, rather than heavier C-body-rated valving. But even in prior times, there were some plain cross-overs between B and C-body rear shocks. I seem to recall they mentioned the firmness of the KYBs on the front, compared to the others?

OR . . . you could spring for some QA-1s or Viking shocks, which are more expensive and adjustable (compression and rebound on the Vikings, I believe).

End result, if not KYBs, then some of the Monroes would be the remaining choice, it seems.

I have used Monroe for almost all my replacement shocks since my first car.
Never disliked any of them.
And I learned in 1968, in my first new car, to never, ever, use adjustable air SHOCKS again...
You must log in or register to reply here.

Back from the Dead... 1968 Fury II Custom Suburban Wagon

NOT MINE 1968 Dodge Polara Convertible