Contact seller
Just read all the possibilities this 6 cylinder, 3 on the tree, car has. Unless he replaced the driver's door panel I do not see an exit hole for any bullet.

This car would make a great restomod, unique lowrider, I've even seen them as drag cars.

The good:
* No major rust
* The interior is in terrific condition
* Drives like a dream
* All original (have original hubcaps in trunk)
* All major systems work

The bad:
* AC and radio don't work
* It's got some bumps and bruises on the outside
* one of the rear lap seat belts is missing (no shoulder straps)
* Some small surface rust in the trunk
* 2 bullet holes in the driver's door. (Also a plus?)


About the bullet holes, here is what we know:
- Originally sold on the south side of Chicago (not the safest of neighborhoods)
- Driven for 1-4 years before it was shot and possibly had some minor rear quarter panel damage too
- 2 bullet holes in the driver's side door that look fatal or at least painful
- Everything is original except rear glass (where one of the bullets may have exited), headliner (blood splatter?), and interior drivers' side door (still available at the time).
- Mothballed post-shooting until ~2007 when it was put back on the road
- I bought it in 2013 with 28k on it.


Cash is king. Trades may be considered for reliable vehicles only (with cash from you or cash from me depending on the trade)
Emails without a phone number will not be returned.
Title is in hand
Click to expand... 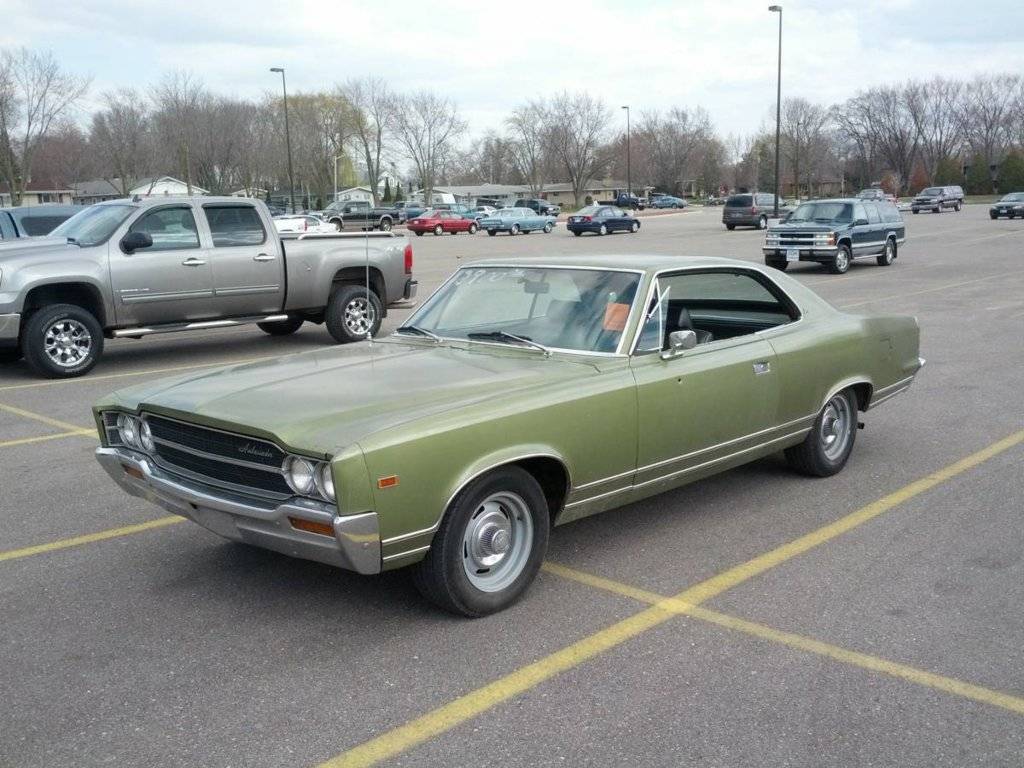 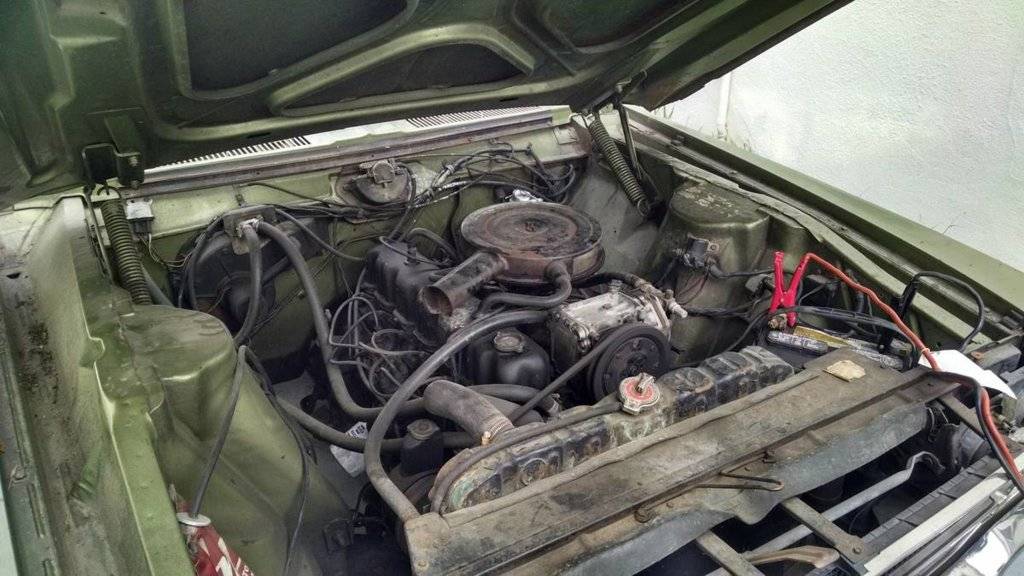 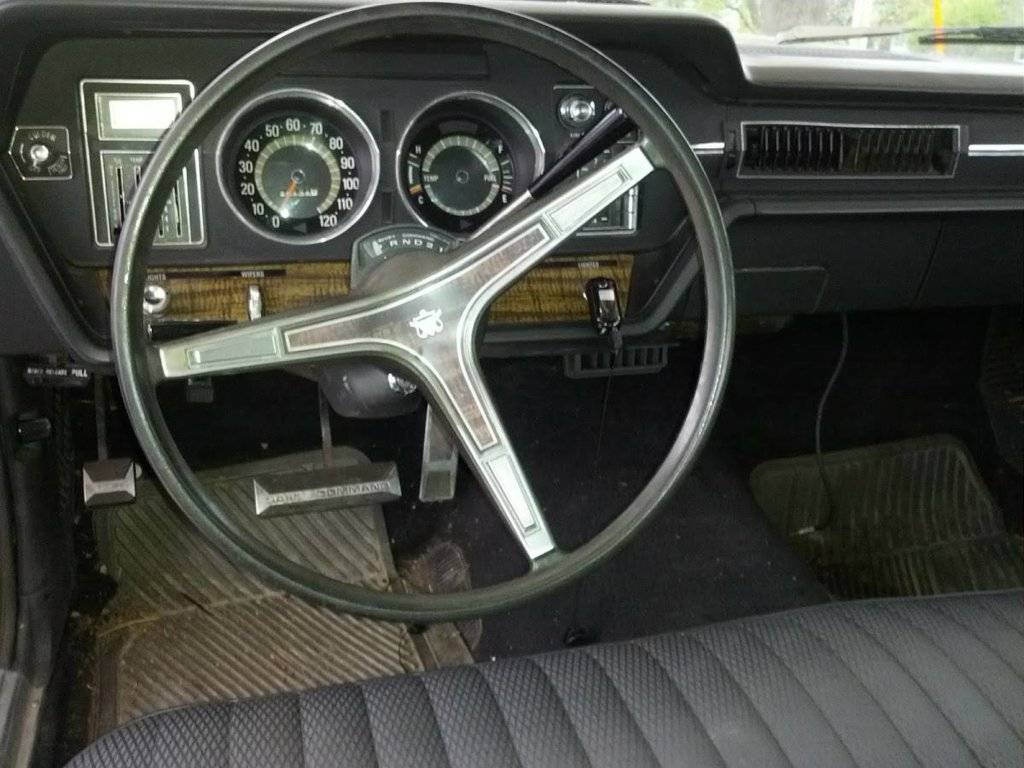 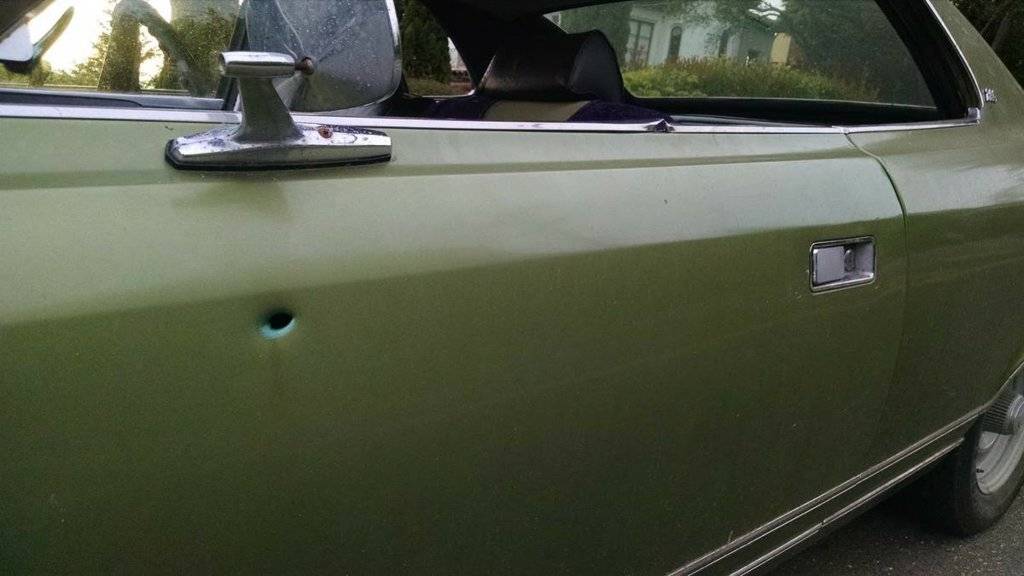 Well, two things. Technically a three on the tree, but that normally refers to a manual shift. And whats up with the bullet hole?

You're right. I read it so fast all I saw was 3 speed and column.

[QUOTE And whats up with the bullet hole?[/QUOTE]

Part of a divorce settlement sale?

This one has A shady history for sure. In 1970 I and a few buddies rented a 70' Matador 2 door hardtop with the larger V8, fully loaded. we were stationed at Sheppard AFB, and drove around Oklahoma over a weekend. I wanted to rent a Charger, but the guy laughed at me. He said 18 year old kids do NOT get to rent Chargers. DAMN IT I said. Ever since the 80's I have been looking for one like that AMC, to no Avail. 5,500 for this one is still too steep.

I've had a string of Ramblers and anyone who has run a 232 or later 258 will surely agree leave it in there .....non trans cooled indestructible 232's are brilliant engines!

Nice looking car. In my mind it's worth less with the bullet holes and even less with the half cocked story that goes with it Three on the tree would indicate a manual over here too, column shift for auto....

Still, not a bad looking car, I don't remember them too much from back then. The AMX Javelins were pretty respectable though.

The bullet holes are a definite conversation piece if that is what you want. Nice time capsule worth preserving as is.

Interesting car. Most of the ones I remember from that time were 4 door versions. I'm not sure what to think of the bullet hole, I'd be tempted to leave them in the car.

Many years ago, a friend bought a black 67 GTX convertible. The car was really nice and then he showed me the left rear quarter almost to the back of the car. There were 4 or 5 bullet holes. He said the previous owner wouldn't say much except that he got mad at the car.

Many years ago I would park my car in a spot where some douche nozzle thought it was exclusively his. I'd return to my car to find four flats. The third time, I returned and unloaded my revolver into his driver's door. He never parked there again. I wonder if the bullet holes became part of the car's provenance.