DL27G0D101373 was sold last year by the long-time owner, with the help of @71Polara383 . The buyer said at the time that they were going to fix the car, but it looks like that was just a flip job as the car went up for sale in January of this year. The January listing mentioned San Luis Obispo, CA -- but the photos were taken in IL and (AFAIK) the car did not leave Illinois. The ask price was then $8.5k and then it was raised to $9.5k -- the ad is still up.

This early-build Polara ragtop is now being listed again, with a $7k ask, on Autabuy in Illinois: For Sale - 1970 dodge polara conv fixer

The photos are the same as in January 2021, so I guess it is still the same flipper. At least this time it is not being listed across the country in CA 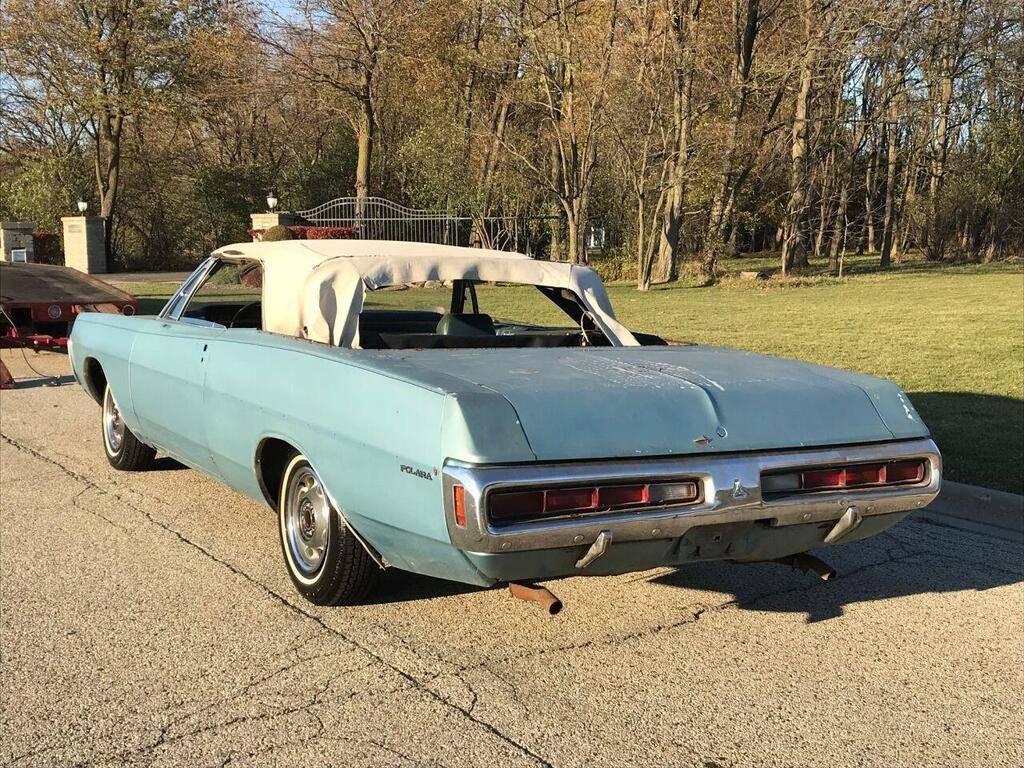 The fella I got my 67 Coronet from asked me if I'd be interested in a 70 Polara convertible in trade for some work on their 67 Coronet R/T.

Then he sent me pics of this car. No thanks.

For Sale 1970 Polara convertible for sale in Finland (EW1 white)