Ok, did some reading in the service manual.

The heater air blend cold/warm flap is cable operated- i believe it's not hooked on my ride.

I am also planning on adding a hitch on the back (mostly for a bicycle rack), do you guys know if i will have to make a cut in the rear skirt under the r/ bumper to get it done?

I recently came across this movie that just about sums up what you already discovered:


Where are you gonna get the hitch?

NY69 said:
I recently came across this movie that just about sums up what you already discovered:


Where are you gonna get the hitch?
Click to expand...

Thanks, this will be of great help!

The hitch I'm gonna have custom made ( by a Polish company called STEINHOF which has a big part of the european market). They do very nice quality work with homologation, so it's 100% legal. Thier main office and production facility is just 60 miles away, obviously I'll have to leave the car with them for a few days.

Went the other day to visit the largest inland desert in europe (20 miles away from where i live), called Bledowska Desert. During WWII Nazi General Rommel trained his Afrika Corps on it, infantry, tanks, and other mobile units. The leftover concrete blocks are remnants, they used to have industrial winches mounted there so they could pull out stranded tanks form the sand. Nowadays its a National Park. Nice place for a cruise and to chill 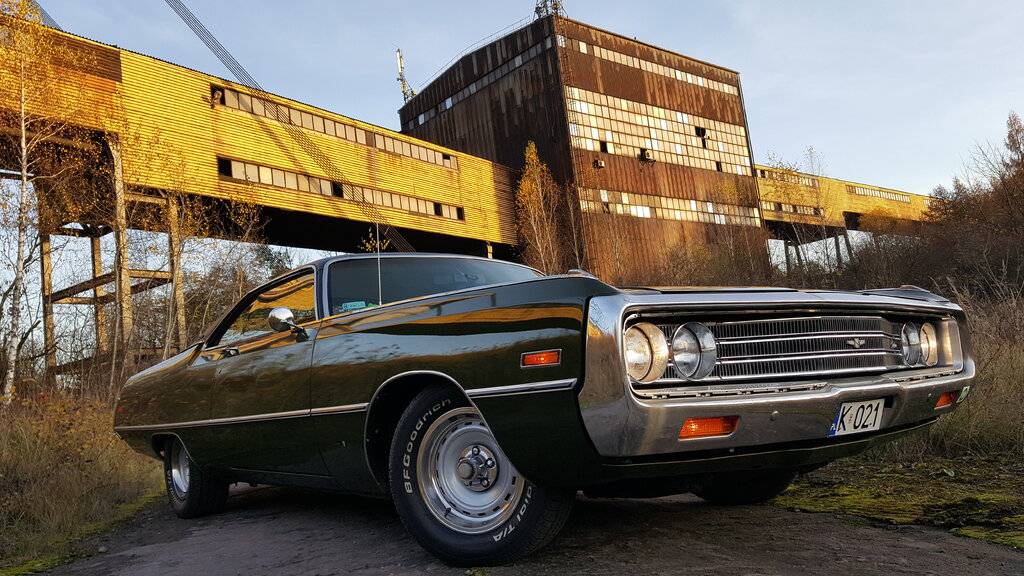 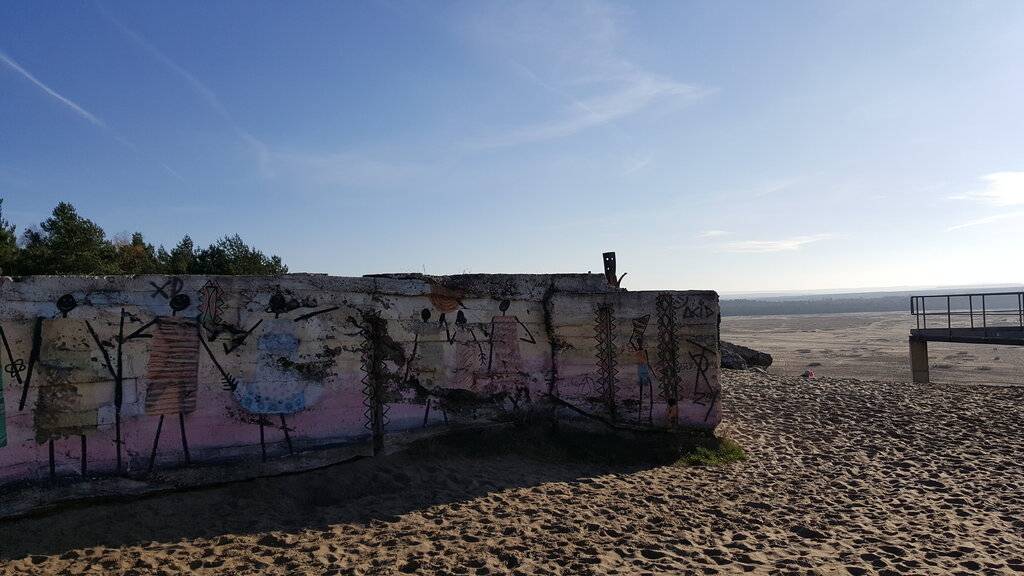 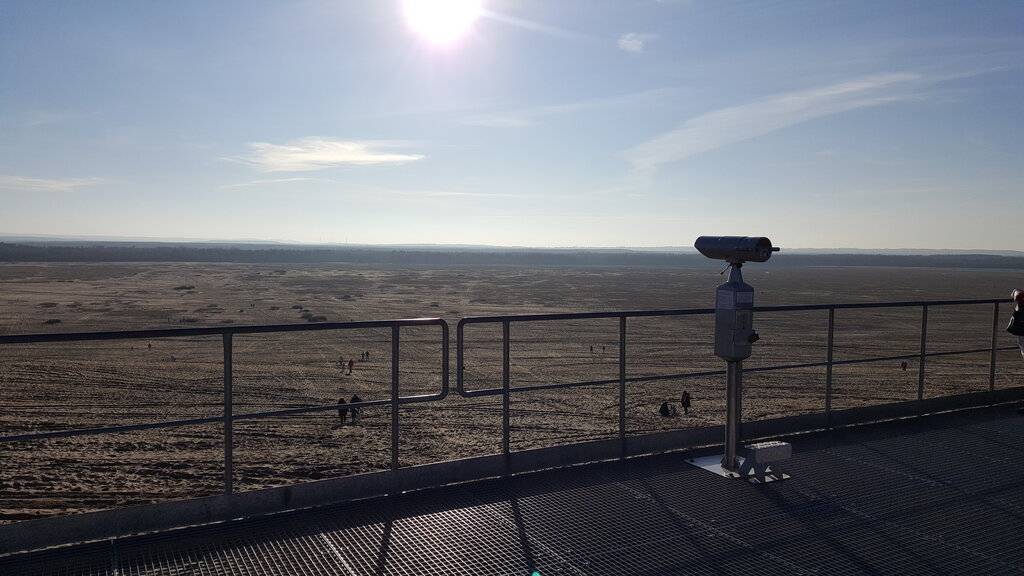 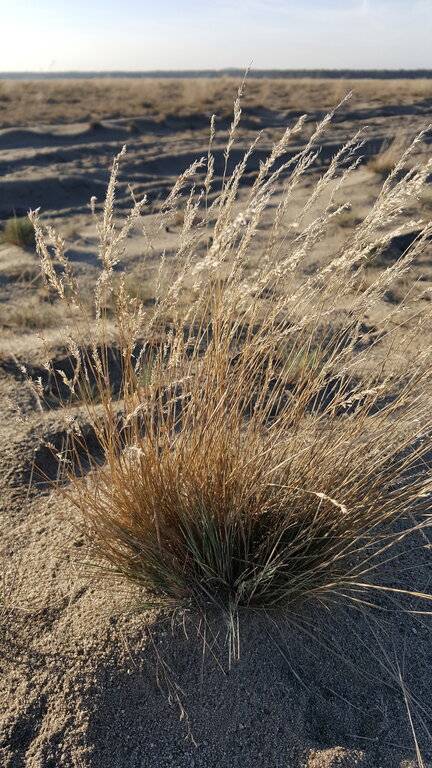 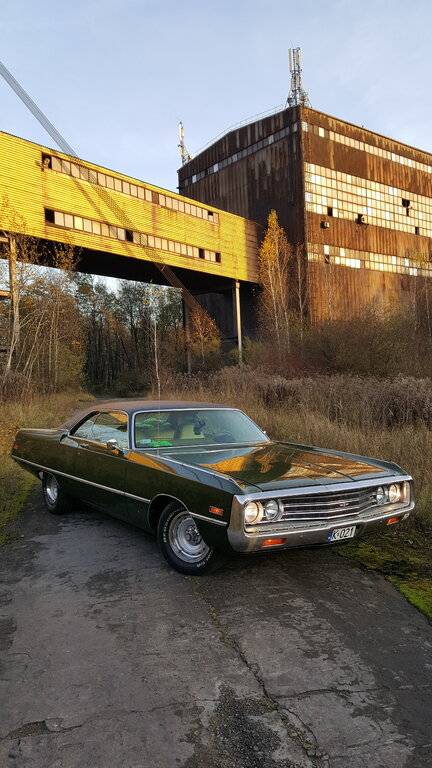 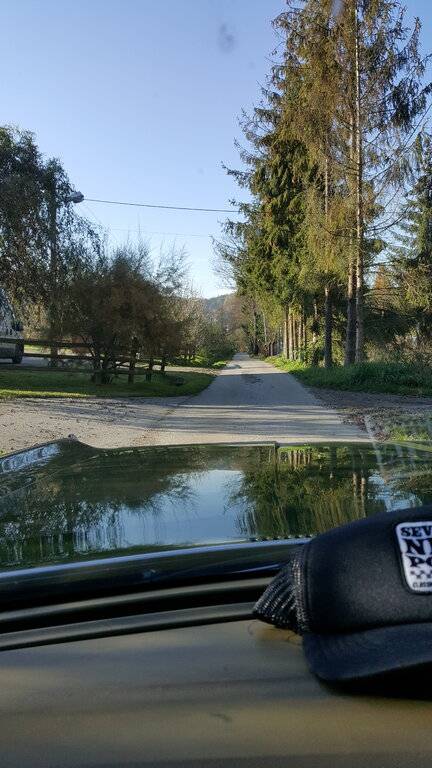 A pic before i bought the car, after it was shipped to poland. Some dumbass tried to make a redneck racer 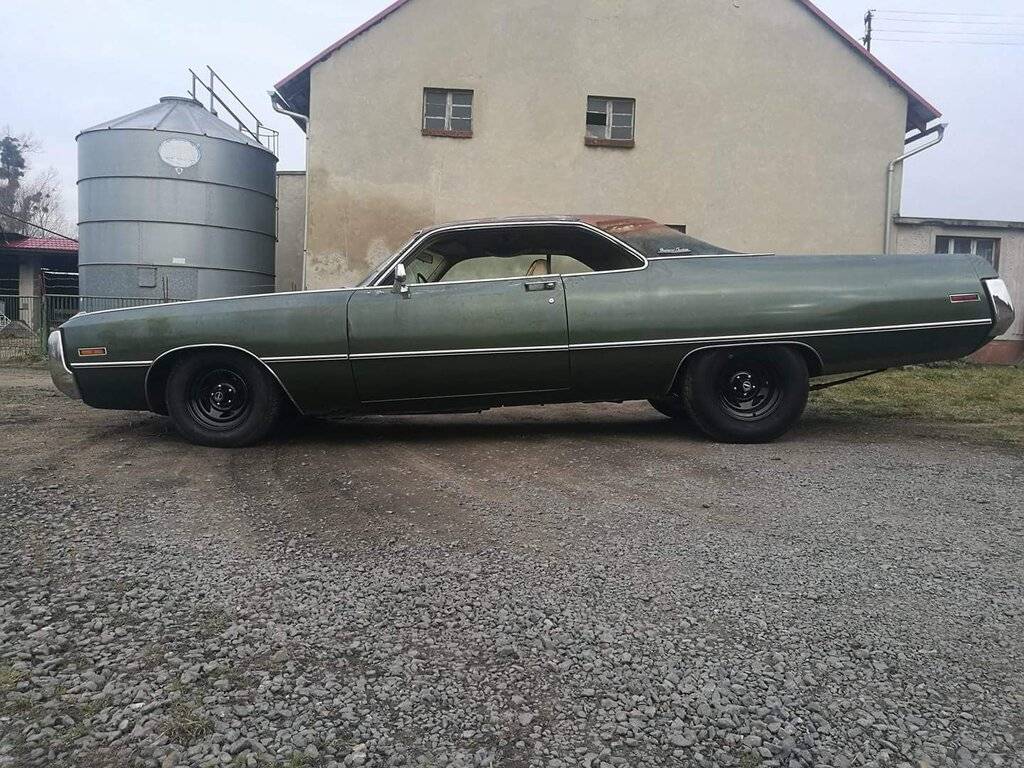 Unix said:
A pic before i bought the car, after it was shipped to Poland.
Click to expand...

Thank you for saving it!
N

I remember when this car was for sale in Linden NJ a few years ago. It didn't have that rake look though at the time. Glad you saved it . I have been watching your thread.

A small winter update
Currently fitting a new alternator & voltage reg. On the previous one the voltage dropped to discharge when engine got hot.

Also getting ready for summer with a locally rebuilt ac compressor, and the whole system checked through. Hopefully get some nordic ice like the sticker says on the unit ;) 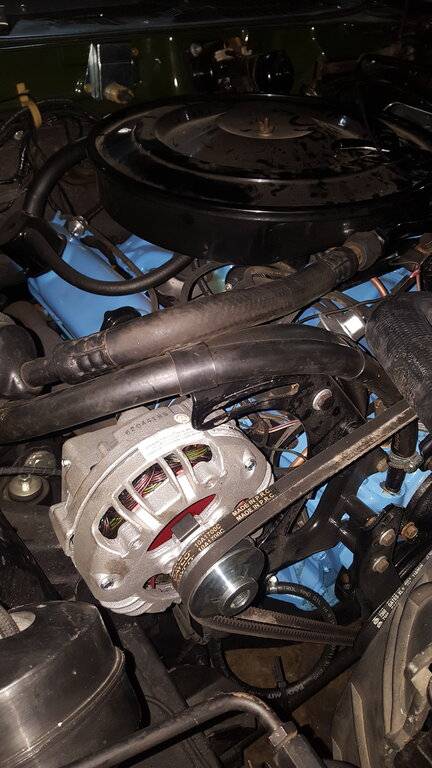 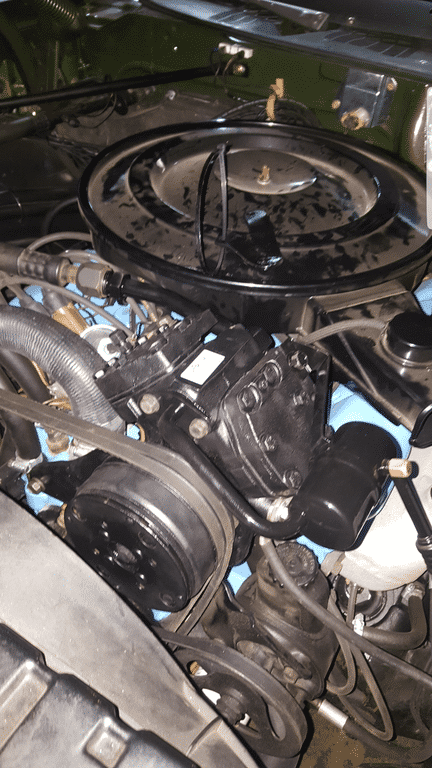 Its almost spring, finally. Recently had a speaker bracket manufactored for 2 speakers. Now i have 2 up front and 2 rear. The stock stereo radio plays REALLY nice. It has also been upgraded by a friend of mine to bluetooth. When u shift it to AM it switches on the bt module.
Also had a coolant heater valve added for the heating, the stock one was removed in the US by previous owner. This one is off a VW car ;) but works magic. Now im having the AC system flushed for the remanufactored compressor. Keep rollin' , almost there ;) 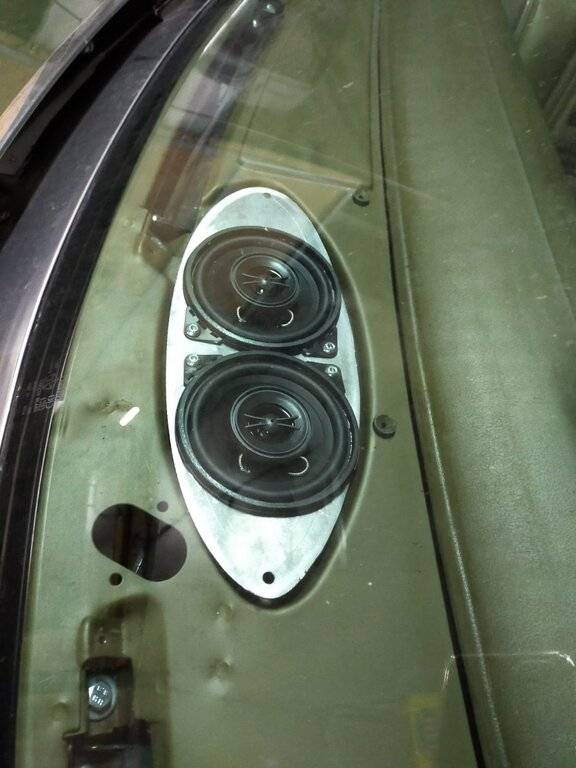 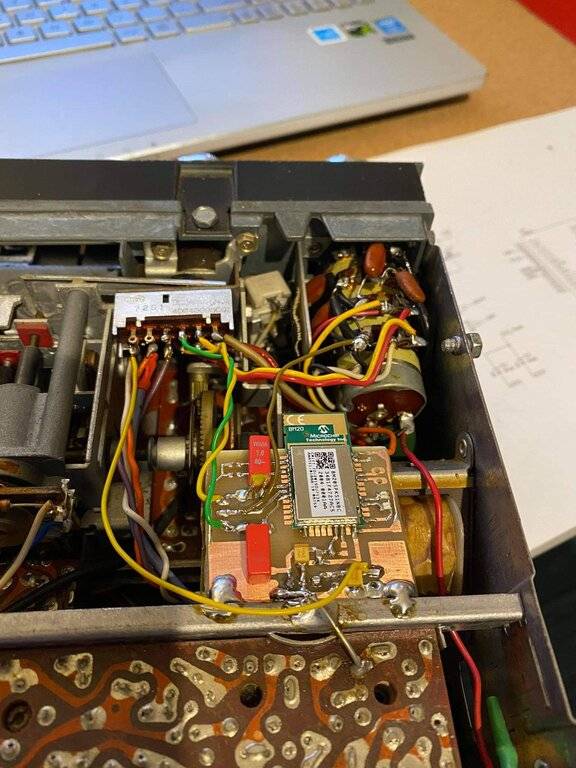 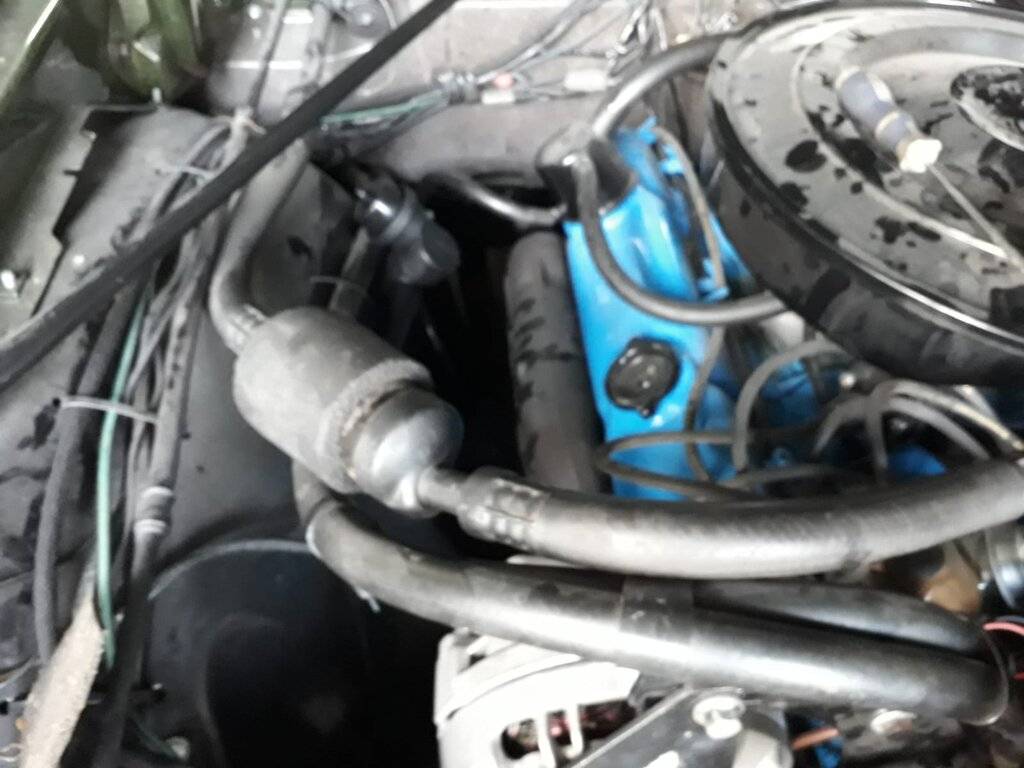 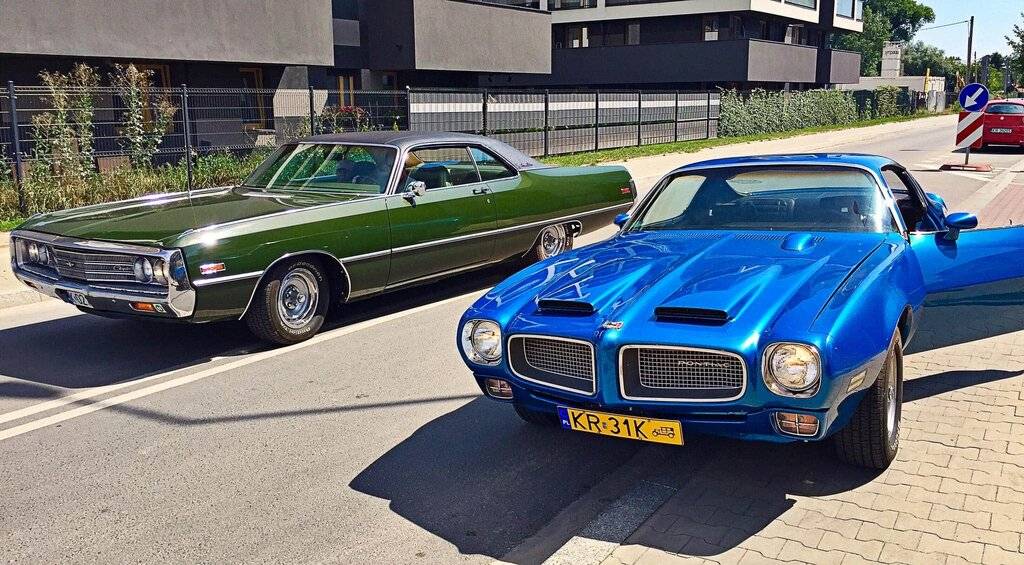 Nice rides. Did you enhance the color a little bit?

live4theking said:
Nice rides. Did you enhance the color a little bit?
Click to expand...

Thanks. My friend (owner of the Pontiac) took the pic, and he used some kind of filter to bring out the "metallic" depth of the colors. I am behind the wheel with my daughter riding shotgun ;)

Looks like the effect of a UV filter to me. Great pic!

I am having some problems with making the trailer hitch locally, a little too expensive for me.

I recon this would fit my ride. What do you guys think? Price seems very reasonable as well.

Please let me know, thanks

Well i bought it and should have it here by the end of may. I might need to drill some holes in the rear bumper. Not the prettiest thing around, but hey what to do as long as it does the job... ;)

I believe it'll look similar to this (72 Monterey) 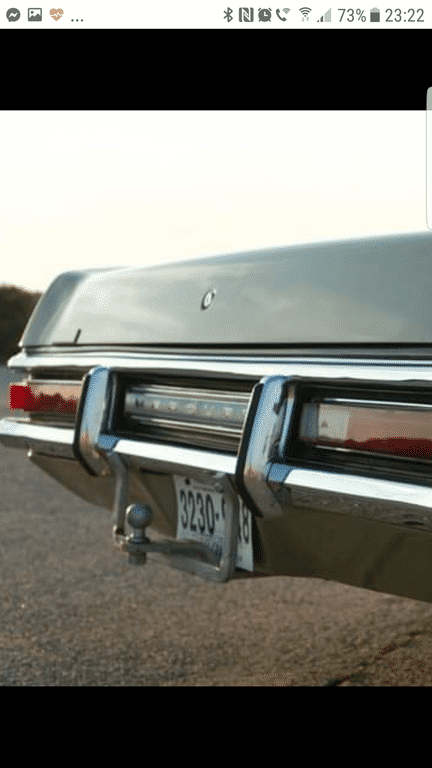 Road trippin'
Went for a local (160 mile round trip) classic car meet, won first place for the Mopar ;)
Also had the hitch installed recently, looks kinda like a farm hilbilly thing but should manage a bike rack. It's a class 1 type, 2000lbs gross and 150lbs tongue wieght. Needed some modification to install. 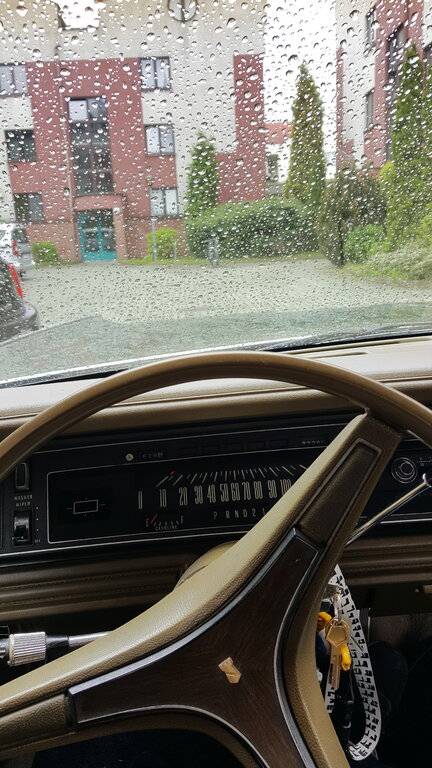 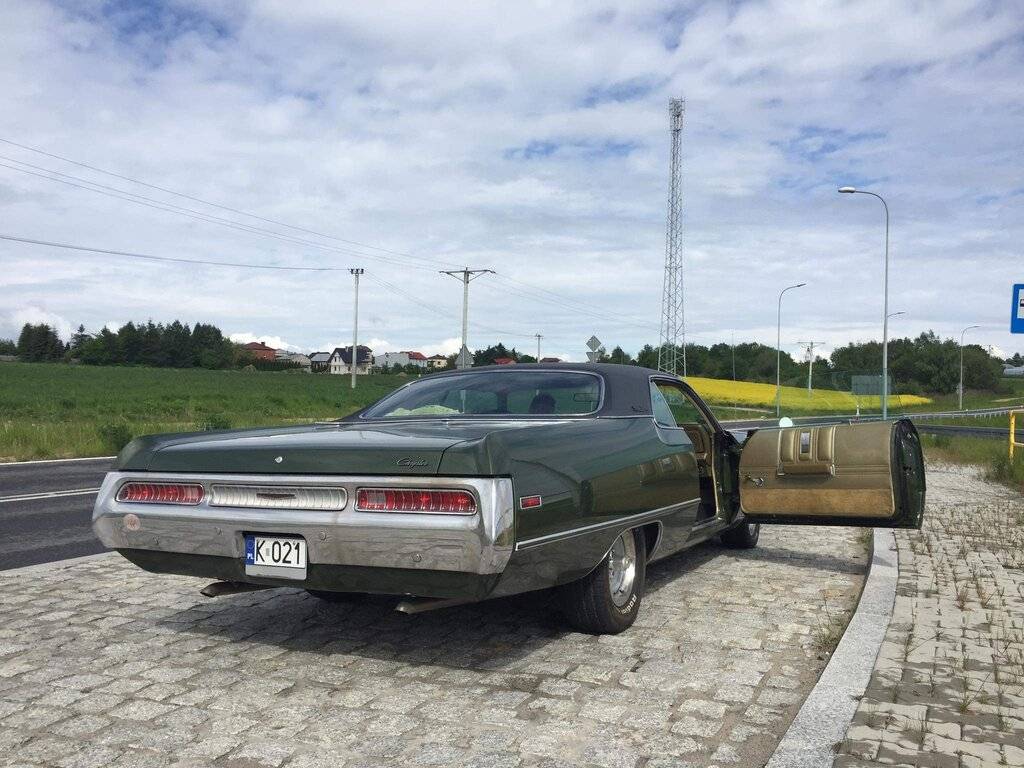 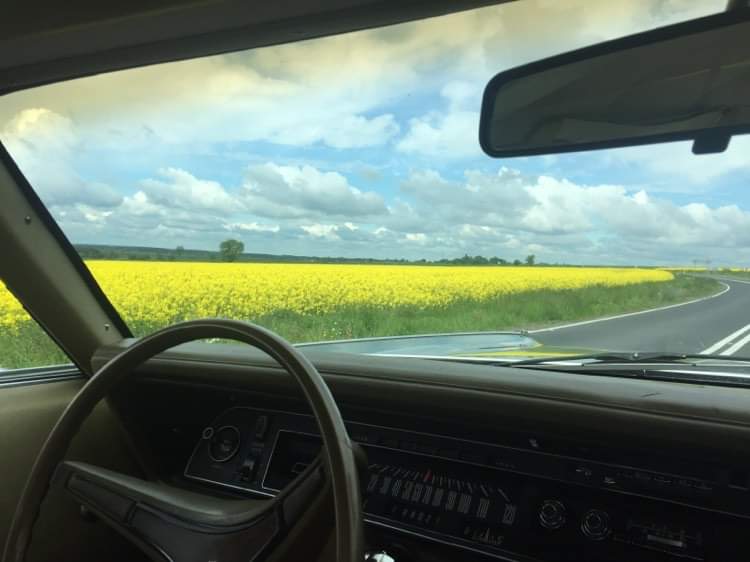 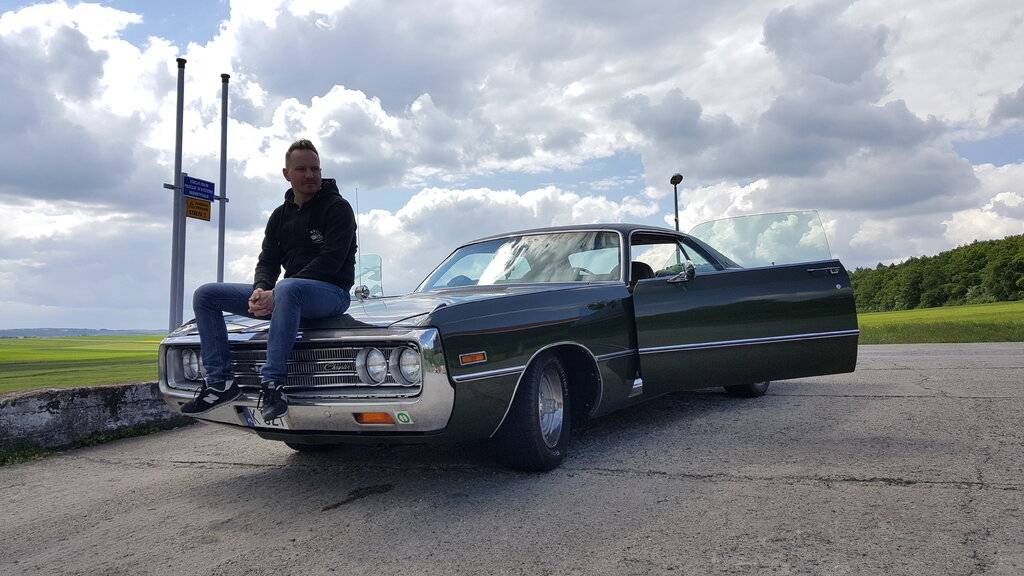 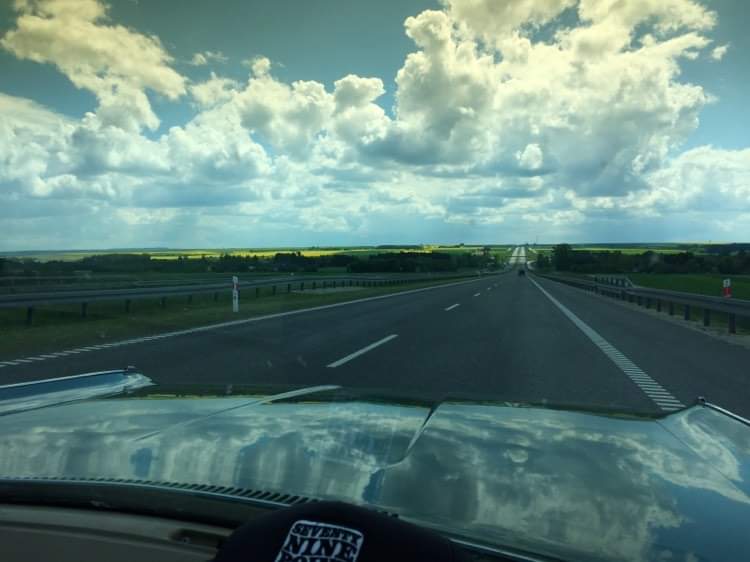 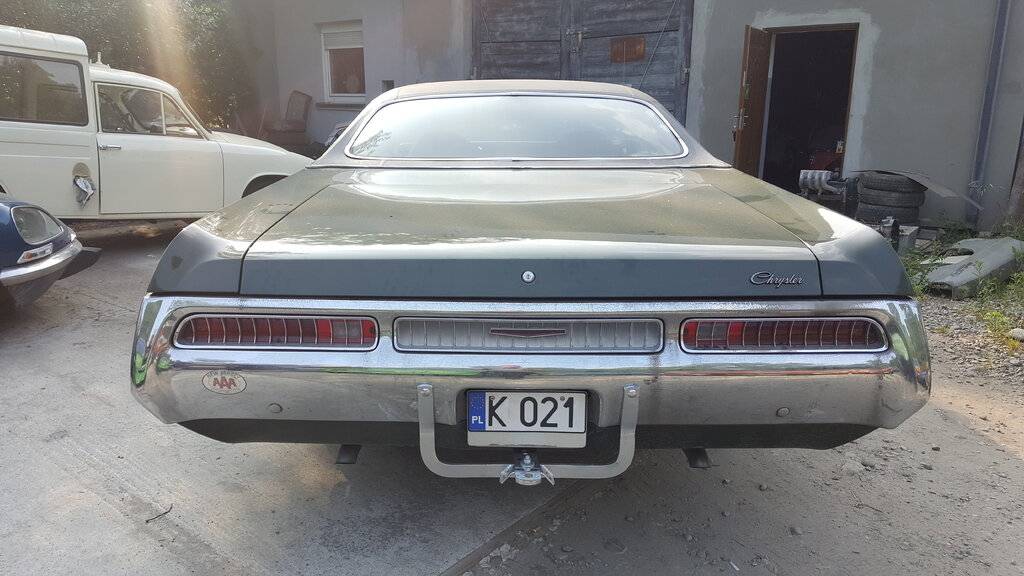 Small update. Having problems with my car. Not too long after this trip, i began getting vibrations at from around 30-50mph ... usually when i hit a bump or simply by letting of the gas... the whole (i believe front suspension) car gets these huge vibes and starts shaking itself to pieces, i mean really bad - the doors start jumping and knocking on the pins. The only solution is coming to a stop, even when u press on the brakes they feel as though the discs are destroyed and warped.

I was on a small trip and barely got home, the steering became sloppier near the end. Put the car on a lift, and the steering box was loose from the shaking.

Checked the wheels if they are balanced, all good. Tires ale also ok, no visible damage.
My mechanic found that the rods (don;t know what they're called) that go from the control arms to the front bar (under the front bumper) were lose on the bushing, tightened the screws. Was ready to collect the car, but still have a feeling something in wrong.

Also thought of engine mounts, and transmission mount, but they seem ok (they were changed to new). The driveshaft was also checked for balancing. All suspension and steering components were bought from PST, and changed during rebuild.

I will go and check the car next week, but really am lost for ideas...

Tune in at 2.05, it feels exactly the same way with my ride

Problem solved. Could not believe it. The shaking and vibrations were caused by a sticking rear right h/side brake. When using the parking brake, and releasing it, it would not release completely the brake. So when going down the road, it would start heating up and become worse and worse.The cable is damaged and rusted, and sticks in it's cover - need a new one. Otherwise the brake cylinders, springs and all hardware were changed.

What a complete nightmare to find....

Car is running nicely, but could do better so i ordered a reman. Carter 2bbl carb, having problems with the carb since day 1.

Also thinking of switching to electric fan cooling. Running hot in stop & go traffic with AC on. The thermostat, rad is good. And i do have the shroud. Had to bring the idle up a bit.

Any suggestions of type and fitment ? Would you recommend single or dual setup?

Did bringing up the idle fix cooling issue? If I'm not mistaken that would suggest not enough airflow, have you checked your dan clutch?
You must log in or register to reply here.