First the positive: If you ever want to enjoy the sounds of cars going WOT either in a pack or single run on a SuperSpeedway try to go to a test session. These use to be free and week long in 3 sessions.
This year they came back I take it after it ended in 2014 via our local newspaper. The joyful sound of the cars in a pack of up to 20 is well worth hanging out all day at the track as it was iffy as to the day and time they would go out in a pack. Usually before lunch or at the end of the day.

This years 2 day session can be found on YouTube. 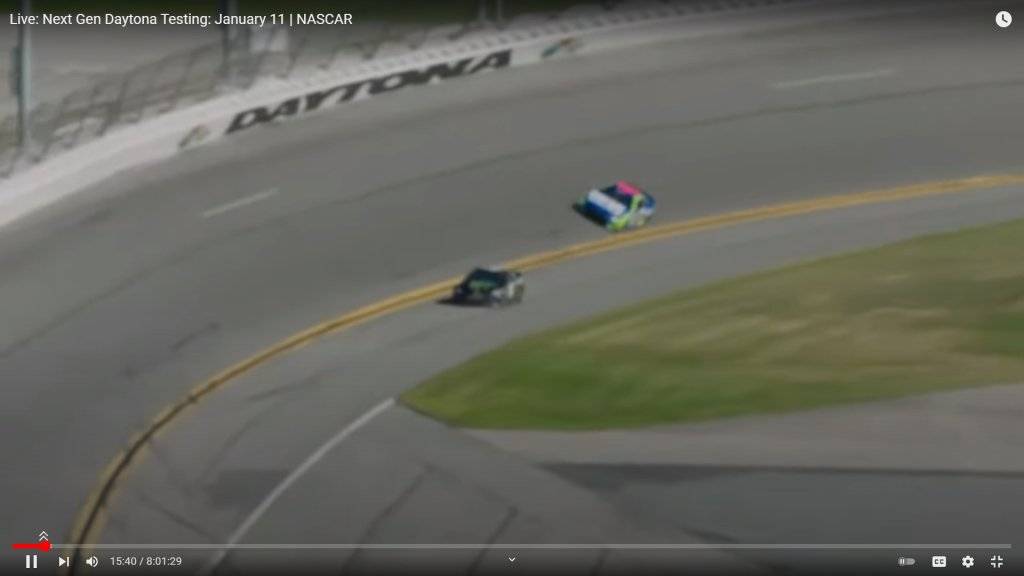 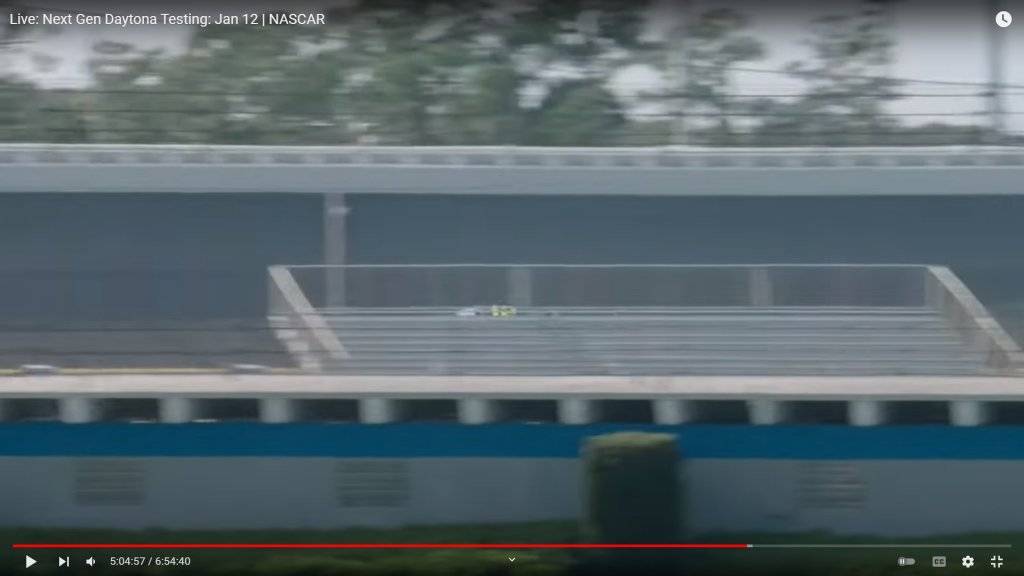 I didn't find out/hear about this until our local radio Good Day Daytona news a day before, got a inkling to go until I heard it was going to be streamed live on NA$CRAP.com, oh gawd I just cleaned out my inbox and blocked their spam as doing un-subscribe was ineffective and there was no way to delete my account. But just by happen chance on the first public day I did a tube search, while the sound was nice the video was **** and others in the comments agreed. Glad it was really up on uTube (clueless radio mis-information).

This is nothing new as when UStream morphing into FanTV was broadcasting the Daytona 200 Motorcycle race it was advertised as HD 720p but I guess the number of clients caused the bandwidth to run out and we ended up with 480p and this was before the days of HDMI TV but we had High Definition monitors. Ah gawd and they think they can charge money for that?
Here we come this weekend with IMSA and the Rolex 24hr, we'll see if it will be a hoot like last year.

"Barry Rawlings
19 hours ago
I live 4 miles from the track and didn’t know they were here."

aaaaYep guess you have to be a follower on all the social media platforms. (and spend all your time on it)

Harvick is ready for the old age home I see...

"To see "tough guys" like Harvick have to back up their obviously BS tough talk. I hear him talk s and I'm like, "bro you're 4'11" 65 years old and weigh less than a high school cheerleader... stop.... just stop. I've seen you attempt a punch, yeah you're half a notch better than Joey Slaps when he lady swatted in Tony Stewart's general direction after Cali a few years ago... But that's the equivalent of being the tallest midget in the room."

About the new cars, I guess they gave up on the 'Gen' numbers and we're at the 'Next' level.
Many don't like that the door numbers are no long on the 'Doors'... oh my gawd. Bigger sponsor letters on quarter, not too hard to figure out.
BTW in the old days of testing the didn't doll up the cars in full paint, just the numbers on the car. (why wreak a paint job) 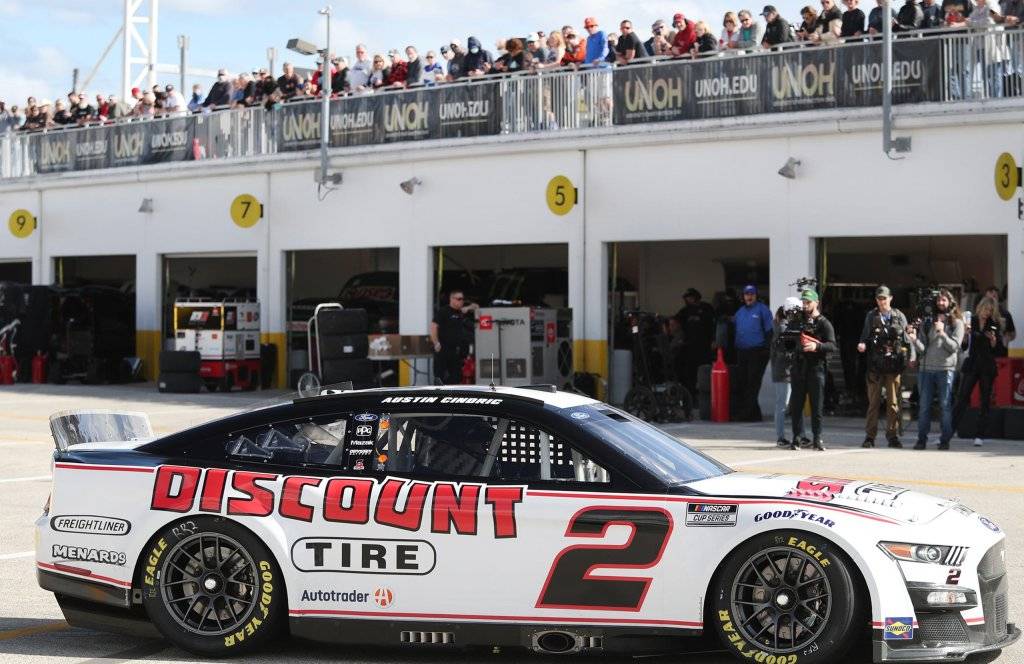 Other new car items: Center wheel lug nut (oh the old man must be rolling over in his grave), Underbody ground effects, of course Na$crap calls it something else, video camera rearview mirror, they made a big deal about that, but as many production vehicles have had this for years, what's the big deal? Plus all the TV cams on the car these days.

And I take it from some other news is that for the SuperSpeedway the 'Next' Gen cars will be down to 500hp or 510(?) and Gen6/5 were 650hp down from 700hp (at one time) I can't keep track (or care).
And the spoiler (never-ending), what else, new/more crash pads in the doors, independent rear suspension, comments "what production car has a live axle these days, answer none", rack & pinion steering, 5 speed gearbox, they thought about 6 speeds but decided on 5 was enough< This is a supposed Aussie V8 SuperCar transmission, Composite body, what ever that is (unbreakable plastic?), modular construction. Still have the Jack Man, with the one lug I don't know why they didn't go with in car jacks (roll eyes emoji again).

With all these changes it is time to get the Crystal Ball out after this tube comment.

"Herobrine Hoax YT
1 day ago
@ Cody Moe I think so, they've gone from 2 road courses to at least 6 or 7 in the past few years. Nascar realizes that many people want road courses, so they're adding them. Of course, when you host the first race at a track, the drivers (and Nascar) don't know how it's going to go, so there's always a possibility something like the Indy RC could happen."

So I guess the future for Nascar will be going along the lines of German DTM or Aussie SuperCars maybe? Maybe we'll get more than 3 makes eh?

Oh and by watching all the adnauseam buzzword filled promo's I learned it is no longer a car but a 'Product'.

My fiancé and I are to the Daytona 500 this year. It’ll be interesting and we’ll have a good time, regardless of what they are running.
Another bucket list item will be checked off. 8^)

3175375 said:
My fiancé and I are to the Daytona 500 this year. It’ll be interesting and we’ll have a good time, regardless of what they are running.
Another bucket list item will be checked off. 8^)
Click to expand...

Good you can give us a first hand report as to if it is really sold out. Hope it don't rain as there were a lot of pissed off fans a couple of years ago. It's been warm here but as the Rolex approaches we've finally gotten our cold weather, although today is fairly warm we are getting coastal showers. I don't think the Rolex will be much fun come Saturday night. 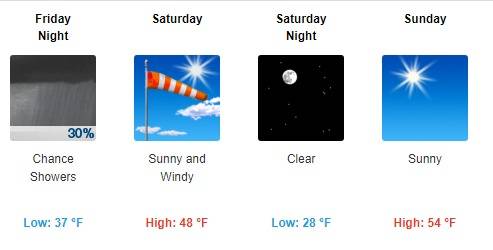 68PK21 440.6bbl said:
Good you can give us a first hand report as to if it is really sold out. Hope it don't rain as there were a lot of pissed off fans a couple of years ago. It's been warm here but as the Rolex approaches we've finally gotten our cold weather, although today is fairly warm we are getting coastal showers. I don't think the Rolex will be much fun come Saturday night.

Will do
You must log in or register to reply here.

M
Loss of fuel under throttle.
2