GG-1 said:
Any idea where I would get a new thick base gasket for a Carter AFB open bore? The one I use now is from the rebuild kit and does not seem so thick. Thanks,

The thick gasket that comes with the kit should work. The NOS Mopar unit is no longer available. Summit racing has a good reproduction one. www.summitracing.com

Davea Lux said:
The thick gasket that comes with the kit should work. The NOS Mopar unit is no longer available. Summit racing has a good reproduction one. www.summitracing.com

Thanks Dave,
I searched summit but only found 1" phenolic spacers and thin four barrel gaskets, at only .062 thickness. The gasket that came with the kit I got from Dave's Carburetor was a thin gasket as well. A "thick" paper gasket to me is at least 1/8" to 3/8" thick... I'll keep looking around.

The fuel bowl on Carter AFB and AVS carburetors are a one piece casing. Passages are drilled for the fuel to get from the fuel bowl,plugs are installed after that. You can leak raw fuel into the intake manifold and on the outside of the intake. That is why I replaced the carburetor in the pictures. How I found out was after I ran the car and parked it I removed the carburetor and found raw fuel down in the intake. As far as hard starting after a warm soak, it has been an issue with our cars ever since I can remember. 1/3 throttle when starting a hot engine seems to work best. Remember we are driving 50 year old cars.

Sounds like good way to check for fuel leaking into the intake.. When I take the carb off to adjust my divorced choke thermostat coil, and check out the passages and bowls, I will now certainly look for fuel in the intake. I'll just be sure to do it right after a drive.Thanks for the tip!
C

GG-1 said:
Any idea where I would get a new thick base gasket for a Carter AFB open bore? The one I use now is from the rebuild kit and does not seem so thick. Thanks,

On carbs with the normal pot metal castings, when passages were drilled into the float bowl, they were sealed with a ball bearing and "sealing solder", then the outer area where the ball bearing "seal" was, was peened (or small flanges bent over the ball) to keep the ball in place.
This was common, back then, on Rochester carbs, for example.

With time and exposure to ethanol'd fuel blends (as E10), the ethanol would degrade/"eat" the solder until fuel leaks happened and the ball bearing would usually be found on the intake manifold. As the passage usually went to the float bowl, it emptied onto the intake manifold (cold or HOT). Hopefully, fuel would be smelled and the problem fixed, but in some cases, it happened with the engine running/car being driven, which meant "fire extinguisher time"!

A believe the AFB/AVS has some of these plugged passages, but not sure what the sealing medium is in the aluminum castings.

As good as it might be to use the original carb, there might be some cases it should be replaced with something newer. In which case, AFB for AFB, you might swap the existing venturi clusters, jets/metering rods, power piston springs, etc. into the new carb so that the original fuel calibrations would be maintained. IF the jets/rods look to be close-match, then "plug and play". Then you'll just need to wire the electric choke.

Thank you. So if my carb is leaking fuel down onto the intake manifold, It would be fairly obvious.
The carb on the car which I have been describing is already a low mileage replacement/exact replica Carter AFB 4299s that I got on ebay last year. I thoroughly cleaned and rebuilt it before bolting it on.
The original factory Carter AFB 4299s is sitting close by, which was also recently completely rebuilt, and with only 14k miles on it. One of these, if not both should be good to go if set up properly. This car is my only experience with auto mechanics, ever. So this forum and the internet are the ONLY places that I get my information. Plus the FSM.
So there if there is something blatantly obvious in front of my face that needs attention on these carbs, that need a little turn or tweak one way or the other.. I can not pull from my experience to diagnose. A fresh, knowledgeable set of eyes and ears on it is what I seem to need right now. I wish some of you were close neighbors!
Even the local mechanics scratch their heads over this simple stuff.
The members here are so generous with thoughts and advice to help diagnose and troubleshoot.
I still think a "live video garage" would be a great feature and tool on this site to help each other get through these issues.
Last edited: Apr 3, 2018 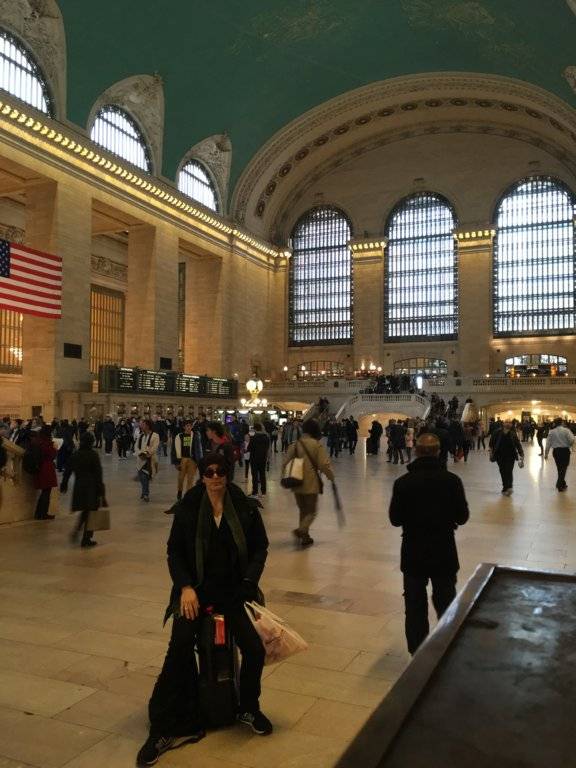 I kept noticing my '66 was easy to start cold, but took too long to start with it heat soaked. I parked it in the garage right after a drive, then came back out about 30 minutes later to strong gasoline fumes in the engine bay. I pulled off the air cleaner, and fuel had dripped out of the accelerator pump discharge and was even present in the primary venturi high speed air bleeds. It had been dripping off the throttle shaft on to the intake as well. Leaning in, I could hear the fuel percolating slightly. This carb was freshly rebuilt top to bottom not long ago and works well otherwise.

I disagree with the electronic ignition suggestions. I have a '68 Valiant with a slant six that is completely stock. I drove it 7 days straight during hot weather in addition to numerous trips around town at other times and it never failed to start or run perfectly with it's points ignition, so that isn't the answer. CHRYSLER'S answer for the hot start BS was to increase the cranking speed by fitting a larger starter. I did that in a fashion by swapping in my rare 2098500 starter that spins faster. However, that is still a bandaid to the symptom and not a cure.

So, evidently, these AFB carbs by design are prone to horrible heat transfer, probably because of the one piece design with no gasket between the bowl and baseplate. You remember that Carter phased out that design after '71 and went to the Thermoquad with a separate, phenolic bowl. I guess they knew something we don't.

What I believe is happening is that the carburetor is getting too hot, and the fuel is boiling after shutdown. In ADDITION, since the floats are light and not connected to each other, they are bouncing in the boiling fuel and letting the needle valves open and shut, admitting too much fuel. That's where the overrun into the intake is coming from, because a set quantity of fuel, even if it is boiling, should not increase in volume...it should simply be more prone to evaporation.

Ok, so what is the cure for a carburetor that wants to act like a big heat sink? Different gas? Everyone wants to blame it on that, but I have a 350 Chevy that runs fine on it, the previously mentioned slant, and a 318 smogger that also runs fine on the ethyl gas.

1. lower the carb temperature. The OP's question about a spacer was only vaguely answered. Summit has one that is called "early AFB", but I doubt it will fit, because the Mopar early AFB is a smaller size than almost everything afterward...it's like an early Buick or Caddy carb. So, again, does anyone have a part number for the right item?

I'm going to work on this issue and will report back with success or failure. If it is failure and i just can't get this carb to work well when it is hot, I will evaluate swapping the intake and carb for something else, since I intend to drive my car without issues. Thanks.

While my heat soak issue is not carb related (I have an EFI), I am curious about the original post about any success stories using a phenolic spacer? My system has a 1/2” tall aluminum spacer in there now which I am Thinking of switching out to phenolic. Looking for some success stories so I build some confidence that the effort will be worth it.

Thx!
You must log in or register to reply here.

M
Dry Carb after sitting for a week.
2

7
Need some information to get my 73 440 running again