Hi
IM putting a 700 r4 into my 51 Windsor to replace the tiptoe cluncomatic 2 range two speed .
Was working fine and is a charmer ,but I want to go faster.I’ve already swapped the rear end to a Ford rear to get a better ring and pinion ratio ,but I need more go-go to as to use the stately windsor to commute .she’s working the spitfire 230 hard at 60.by 2500-3000 rpm seems stressed.
I was wondering if anyone out there has done this mod,out there( in chryslandia? , moparica ? )and could tell me ahead of time about wrinkles?
I have some questions ;
1)I have a Wilcap adaptor kit to mate the transmission to the L head 230 cc spitfire in-line 6 . the Colomb shift levers will have to be modded. Shortened . Any available made up?
2) the existing crossmember will have to go .The guy at Wilcap said I’ll need some sort of a rear support to keep the unit from torquing .
Has Anyone did that successfully, and could spare me a pic or two of what came out ? I have one supportfor putting the 700r4 trans in a 58 chevy truck (as a future project ) and thought I could mod that ,3” wider looks like .maybe I could reuse the stock crossmember and weld it further back ,grind off the rivets ?,any advice?
3) Will I have to relieve the firewall,or tunnel the hump?this is a big question , It’s tight behind the engine ,will it need to tip, or get pulled ,to be able to get the adaptor and trans mated?
4) the throttle pressure cable ,I planned to use the throttle swivel on the top of the head to attach to ,any thoughts on this ? the trans guy said it’s a critical one ,” 1 1/4” travel only”
i got a Lokar universal brake cable kit to use the E brakes in the Ford rear, as I’m loosing the integral tailshaft e brake on the tip toe I have a summit yoke and u joint for the driveshaft which I’ll shorten At a local driveshaft shop .
ive put in a front disc conversion to compensate for the extra velocity
ok that’s it I appreciate the help!!

I have not done this swap, I’m going to assume not many on here have. I would suggest looking at the hotrod site the HAMB.

I have done many engine swaps and transmissions adapted to other engines. I believe your engine has a single engine mounting point similar to the early Hemi and the original trans had two mounts which would keep the engine and trans from torquing to the side. The 700R4 has a single mount point so yes you will need a torque strap. I have done this with tubing and Heim joints attached to the head and frame.

This type of swap is a lot of two steps forward and one step back. Sometimes you have to install the trans, try to get in the proper spot and find you have to remove it to cut and fabricate so it will fit. Because of this I always try to get another trans and take all the guts out to make light and easy install and remove. After I get all my fab work done I install the real trans.

Take it one step at a time.

If you put the ford read in for a taller gear that motor would be hard pressed to push that o.d.
Especially if you were at 2:76. That would put you at an effective 1:93.

The 700 has a low 1st which would get you going pretty good though.

I have had two cars with tall gears and the 700. It dont work worth a crap. I had a impala with a 305 sbc the 700 and a 3:08. That was an engineering failure. Car was always searching back and forth from drive to o.d. had to keep your foot in it and run 70 at a bare minimum or the little 305 couldn't push it.

I also have a pickup with a 700 and a 3:73 its about right with the pickup size tires. It has a new 350 with the dog ass tbi and it is a real dog too.
I think those trans would be way better behind a big block. Something with enough torque at those lower rpm.

I have a 70 El Camino with a far from stock 454 and a 700. Its great. Originally ran a 2:73 rear. The engine wasn't happy. Installed 3:73s and its a totally different car. It takes off so hard my dad nearly came to tears. He had the biggest grin on his face. I use a stock torque converter. Their stall speed is in the neighborhood of 1250 rpm. Which works well in my application. Summit offers a lock up kit for the torque converter. Very simple to use. I kept the column shifter. I forget where i ordered the linkage from. But, when i got it the packaging was from another supplier. I got on their website and found out i paid 30 bucks too much. I think the package was from Coogles Customs or Kugals or something like that. Either way, I'd imagine it's way bigger in every dimension than the one you have. I'd measure the width of the tunnel in a few different places and then measure the transmission in the same places. A 2004r may be a better fit, you wont over power it with your flat six, and its considerably smaller than a 700. The throttle valve cable is the life and death of either transmission. It has to be set up correctly or its certain death. Also, run an external cooler.
I hope this all helps, Good luck! 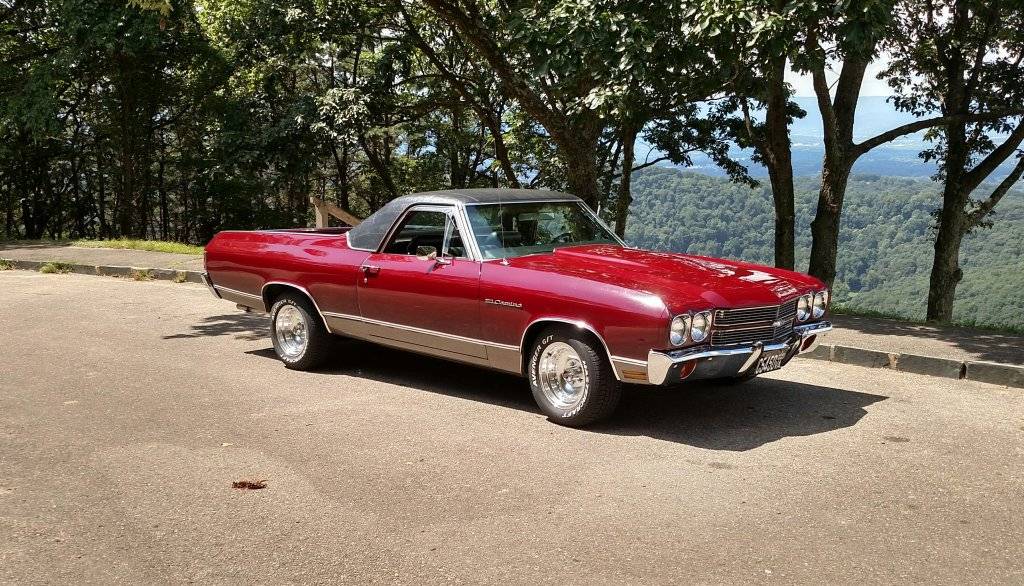 E-brake, change from drum on trans to rear axel

Introducing myself, and Questions...
2 3