for a couple of years now i was thinking about buying a Gremlin, preferably w/V8. I got my fuselage all done, and another project in the upcoming time would be welcome. Would be a nice addition.

I was wondering about what you all think of the car. It's still in the Chrysler division, but much smaller than most other offerings they had at the time.

Let's have a discussion, would you own one or not, and why ?

A Gremlin with a V8 is very hard to come by and will be near the top price of any condition car you look at. My friend had one decades ago with the 304 V8 in it. In my mind another one to consider is an AMC Pacer. They also offered V8's in them.

@Snotty Maybe Scott will chime in. His son has a cool Gremlin.
S

Well, Gremlins are from before the merger so the only connection to Chrysler is the auto transmission.
V8 Gremlins can be great performers. Want a sleeper? Put a warmed up 401 in it.

The Gremlin and Pacer seemed like spaceships when I was a kid and has such a cool factor, and you don’t see very many around here. I would think their may be parts out there being that the Gremlin was produce from 1970 until 1978. I think of them as being a Chrysler product is a stretch as they were produced by AMC and both were discontinued for many years (Gremlin ended in ‘78 and the Pacer ‘80) before Chrysler purchased AMC (for the Jeep brand) in’87. 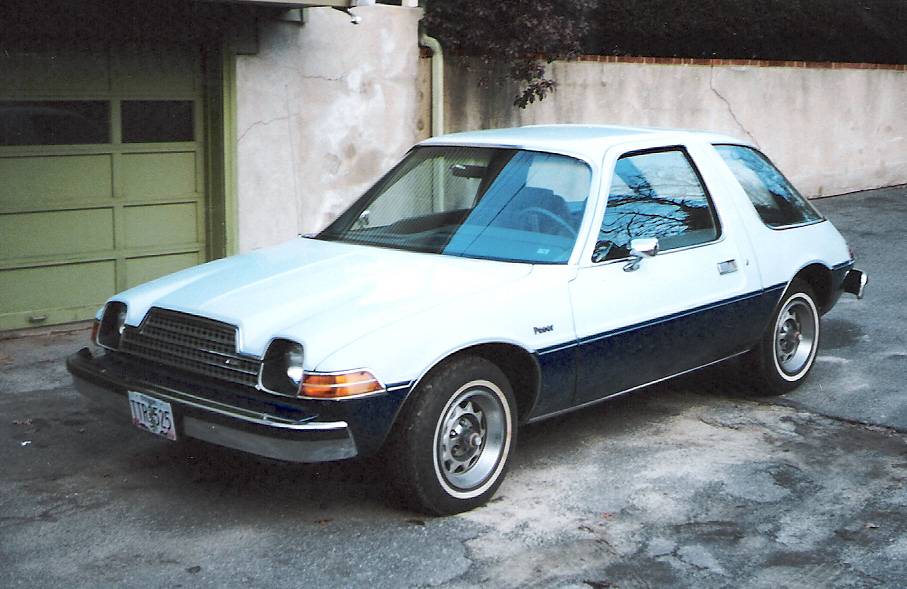 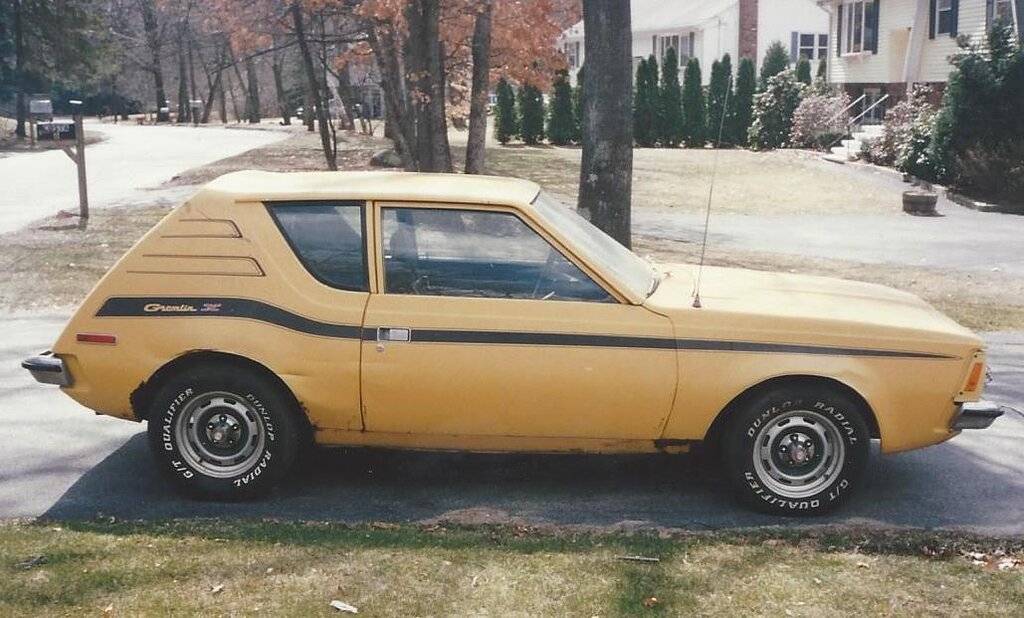 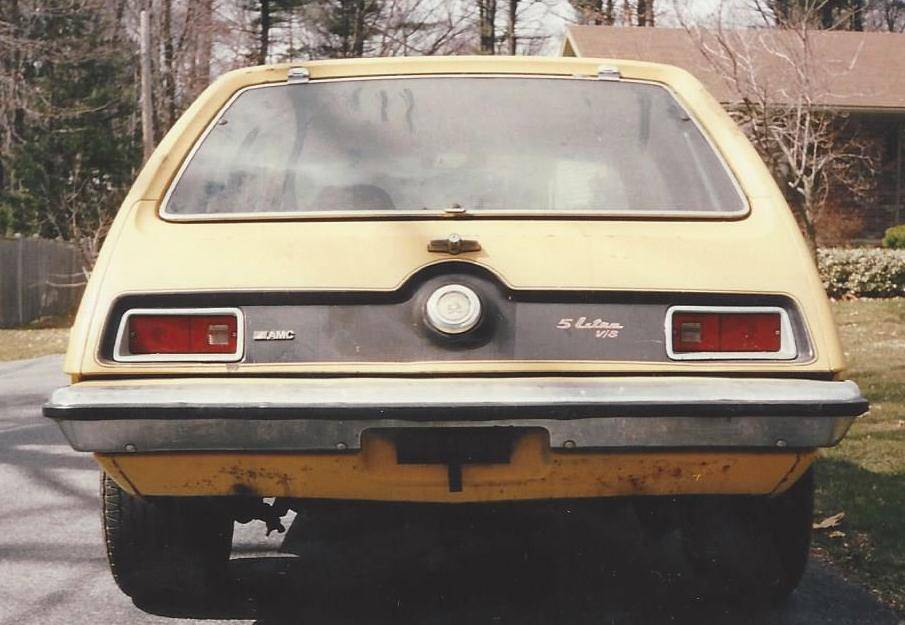 Thanks for the input. Yeah, same thing i was thinking of buying a complete and original Gremlin. Easier to swap a V8 than to find all the missing/damaged bits in a crapped out body. The only thing i really dislike in the car is gauges in the dashboard, but could always swap those or make custom ones. They are quite expensive now, 10k for a car needing a complete rebuild :/

It is not "easy" to swap a V8 into a Gremlin; there are a lot of things that need to be swapped. As Chris said, yes, jerry and I have done it. But all things considered, doing it again I would swap in a Jeep 4.0 and build that than do what we did.

If the car were already a V8 it wouldn't be that bad.

Biggest engine ever put in a Gremlin from the factory was the 304. They did put 360s into some Hornets, but don't know why they didn't with the Gremlin, since the front of both cars are the same. However, all V8 gremlins were automatics.

The "X" designation does not mean "V8," regardless of common comments. 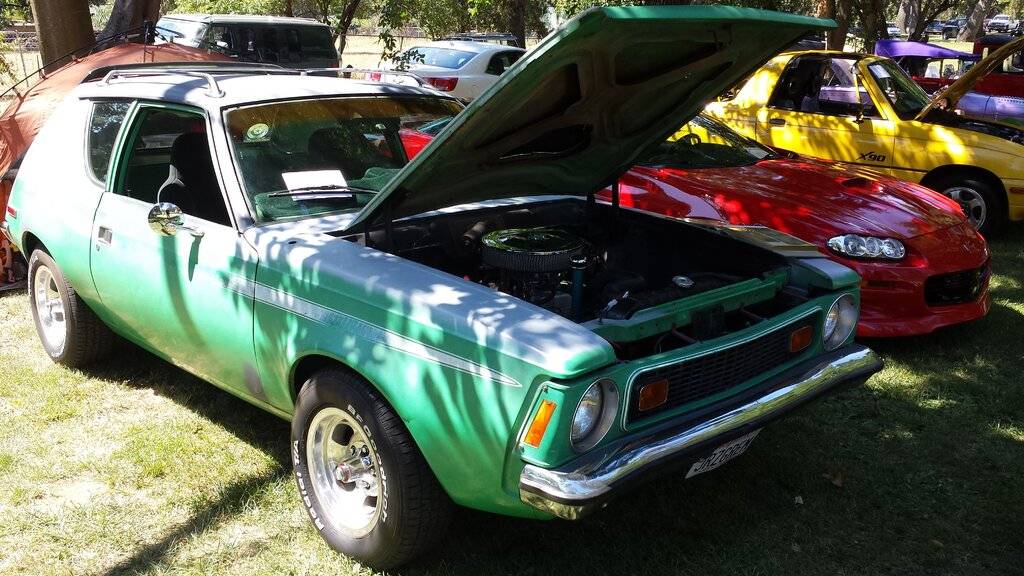 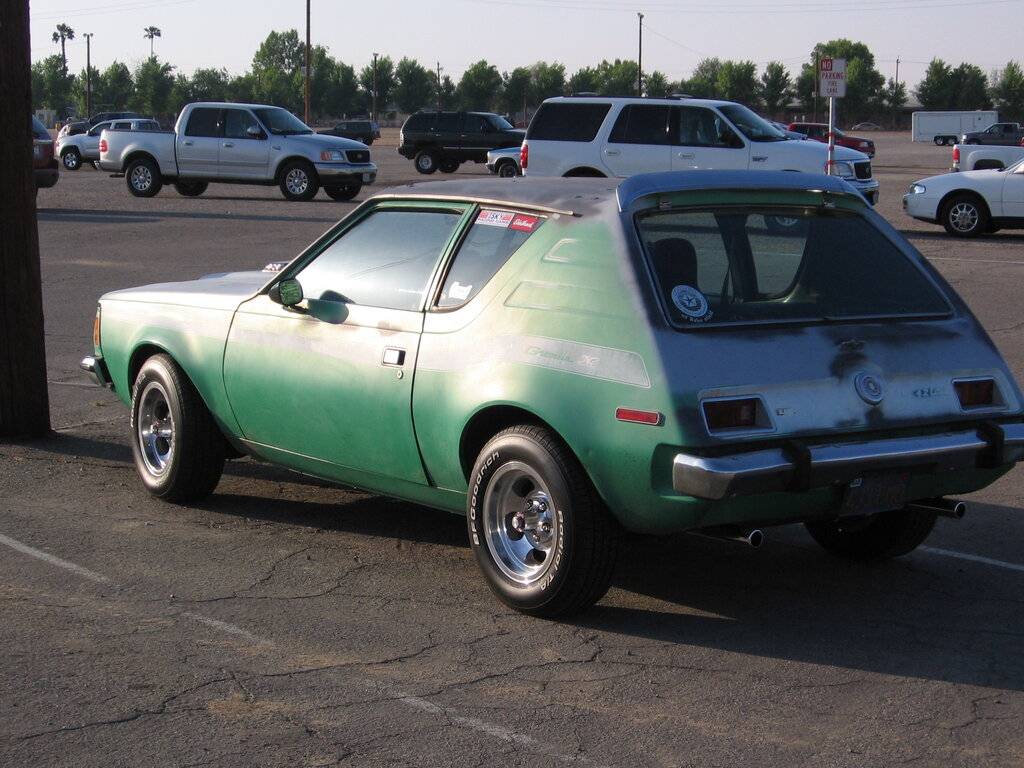 In the absence of a Gremlin or Pacer, there's always and AMX or Javelin. Many with V-8s and performance packages. AMC had a pretty decent performance parts selection, even 2x4bbl intake manifolds. Their factory Magnum 500s were painted rather than chromed.

In the middle '70s, there were the V-8 Matadors that could make some good sleepers. Put the 401 in place of the normal 360. They seemed to make decent police cars, too! Even ADAM-13 had one.

When all of this was going on, AMC was still AMC. As mentioned, the Chrysler connection came later when Chrysler bought AMC-Jeep-Renault in the 1980s.

Here's a good start: Roadkill episode 89, the bouncing Gremlin with a 500ci caddy motor under the hood.

From a functional perspective, it's better to consider the Gremlin a two-seater. I found it just as comfortable to ride in the cargo area with the seat folded down as it was to sit in the back seat. The Spirit is the same car with less headroom in the back. If you're into funky cars, the drivetrain is almost irrelevant.

G'Day,
I am Always Amused by People who wish to fit a V8 to a Roller Skate.
Although I must admit to Shoehorning a Ford 289 into a Simca Aronde many years ago.
Terrific little Car with the Most Ridiculous 4Spd G/Box. Fourth supposedly an O/Drive Ratio but if you hit a head wind or a slight incline you'd be forever changing from 4th to 3rd to 4th and back again.
ARGH for the Days of My Youth!
Tony.M

AMC made some strange cars, The 904 is the same as the Chrylser, sans the bolt patten / shape of the bell. So it's AMC specific. Mix in some ford parts, and cheap interiors. Marlins, AMX and Eagle Kammback, Pacers are all cool. As already stated parts are out there, but not easy to find. Finding the nicest starting point is something I will echo. Still have the 73 Gremlin, 258, 3 on the floor, AC car. The cool part is when people see them, there's always a story about past ownership and antics. They are unique so no mistaking an AMC for another make of car.
You will need the cross member, disc brakes rear end and (choice of trans) and of course the coveted 401 to do the swap from 6 to V8. 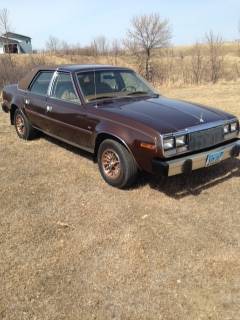 GregG48203 said:
I found it just as comfortable to ride in the cargo area with the seat folded down as it was to sit in the back seat.
Click to expand...

You got that right! 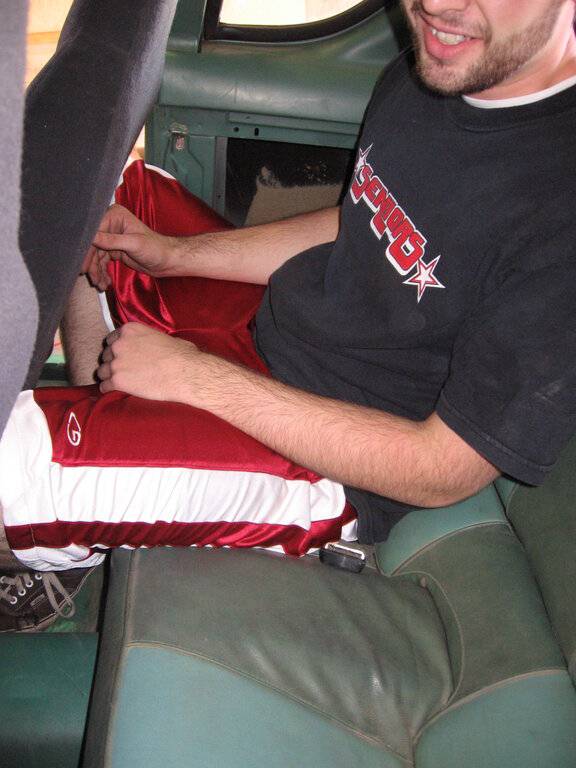 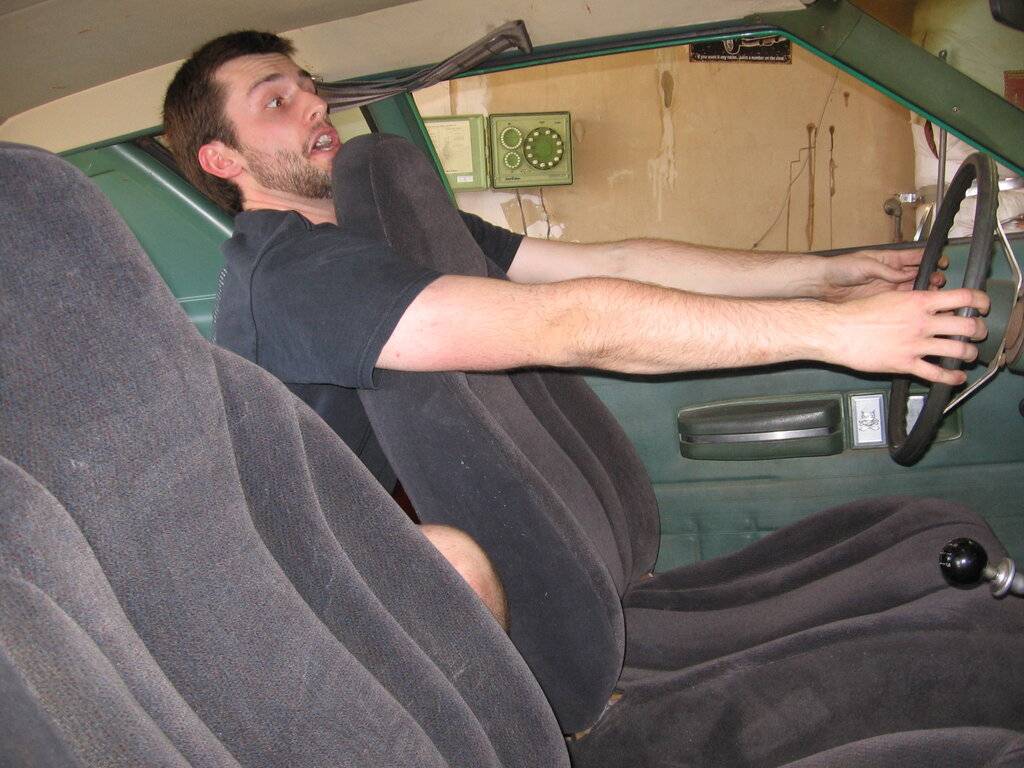 barnfind said:
The 904 is the same as the Chrylser, sans the bolt patten / shape of the bell. So it's AMC specific.
Click to expand...

Starter is also on the opposite side. AMC used the 727 as well.

Electronics were Ford, distributors and steering columns were Chevy, transmissions were Borg Warner or Chrysler (after '71), the rears were Dana. Bodies and engines were AMC

LocuMob said:
I just saw a '78 V8 Pacer on Roadkill's Junkyard Gold, one of 80 made that year. Good luck in the hunt.
Click to expand...

Gremlin X is certainly a neat ride. But if I could only have one, I believe I'd pick a Hornet. Similar front end, more of a sporty hatchback.

BLIMP said:
Gremlin X is certainly a neat ride. But if I could only have one, I believe I'd pick a Hornet. Similar front end, more of a sporty hatchback.
Click to expand...

Also available with a 360 as well as a 4 speed. Neither came in a Gremlin. In the latter years there was a 4-spped, but connected to a 4 banger. No!!

Question about the exhaust, who knows this silencer?