C Bodies, the most affordable Mopar iron in the old days.

I can't even remember all of the Newports, New Yorkers, Monacos, Furys, wagons I've had, most all my cars were C bodies. When I started Automotive in 1988, I drove a '66 Monaco 9 pass wagon 383, 3 gas tanks, previous owner bragged about how far he could drive it without refueling and how many kids they could pack in it.

Umpteen Furies, of all kinds, typical 4dr with Wideblock trading for around $150.

I'd see em parked on the street, obviously not driven anymore, knock on the door and hell sometimes they'd just give you the car.

I found a '63 New Yorker - Tan with those special back 1/4 windows in an alley, knocked on the door, they said the tranny was shot you can have for $50. I bought it, signed title, you should always do that 1st, then fired it up, put some fluid in it, it was leaking it out as fast as you could put it in through a tranny line leak, you can imagine the smile on my face when I patched it with $.50 of 5/16" fuel line and a couple clamps, and the folks were actually upset when I drove it away, they were yelling "Hey, that's not supposed to drive" ;]

Not a C but a B but I once found a clean '68 White Satellite wagon sitting on the street, the people were going to junk it out because no title. I worked out a trade, one factory 383 4bbl manifold with Carter AFB straight across for the whole car. Drove it home, cleaning it up I found the title in the glovebox and promptly went down to the DMV to put it in my name ;]

Way back in the 70's I met this crazy old Mopar nut with 50's 5 window Dodge p'up with old Dodge Hemi in it, and from him I bought a '63 Newport 4dr 361/3sp stick on floor out of his personal stash in his backyard, I still remember driving it home on a rainy afternoon driving by the golf course on the outskirts of town where you could romp on it and it must have had Posi because it fishtailed something fierce, this way, that way, animal of a car, 2nd gear was just rubber, anytime, tire fryer. That was my 1st C body. That was was stolen one night, and ended up at the crusher, but I later found another identical car and have a couple pics of that one. A Chrysler with a stick on the floor, factory. Can you imagine a Cadillac with a stick on the floor?

Later I had some B bodies, '68 GTX, Satellites, then E body '71 Challenger 340 Pistol Grip 4sp car someone had shoehorned a DANA 60 from a B body in, got tired of blowing out 8 3/4" pumpkins and that says a LOT for the 340 that was in that car, X heads, early 340 exhaust manifolds going through Flowmasters. The car was dark blue (originally Green Go) but got me followed by more cops than my Rally Red Roadrunner clone ever did.

Eventually I got a job in the woods and needed a Power Wagon so this truck thing started.

But a Power Wagon was my 1st love anyway. Back in the 70's I learned to drive in a '41 WC Weapons Carrier, flat 6, crashbox, so for me it was just coming back around full circle.

Thanks for the stories! 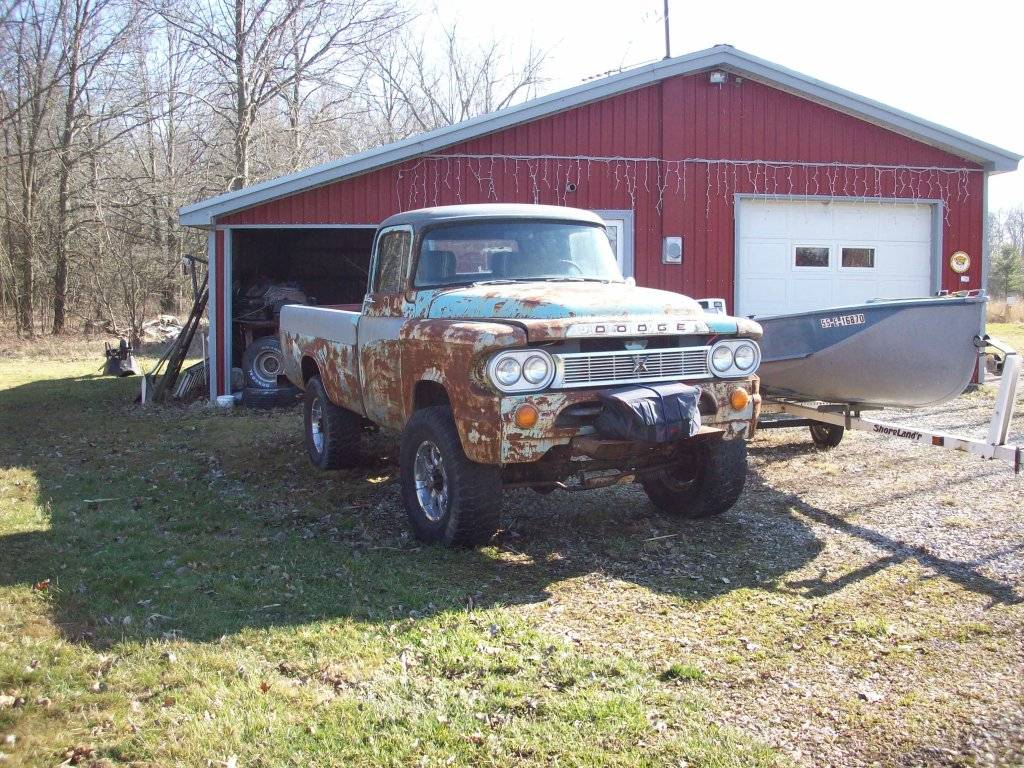 A Mopar neighbor a few miles down the road showed up in one just like this he had just bought somewhere and was driving it home some years back, very very impressive, probably the beefiest one ton outside of an old Cornbinder that you'd ever see. 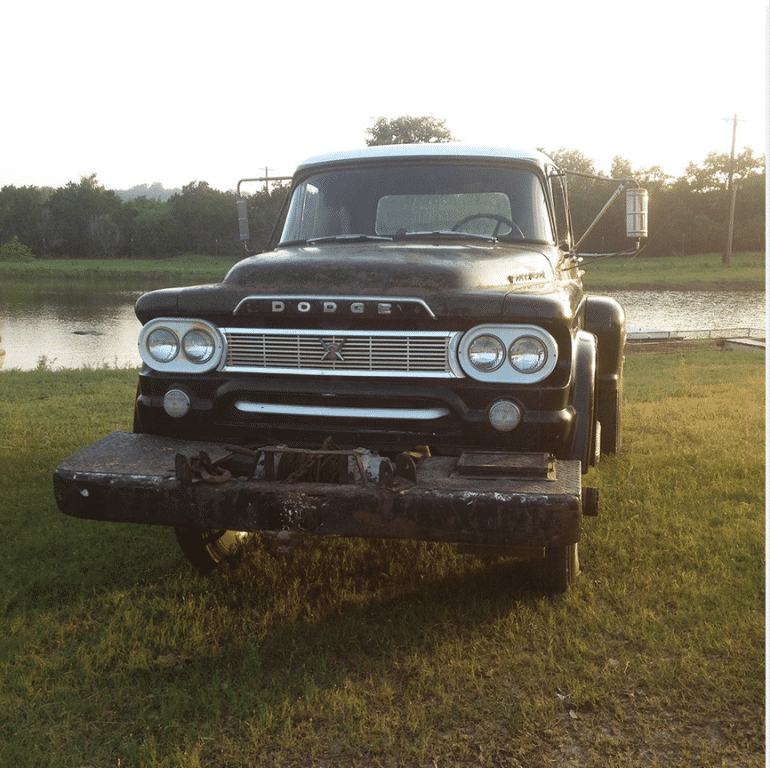 Loadrunner said:
A Mopar neighbor a few miles down the road showed up in one just like this he had just bought somewhere and was driving it home some years back, very very impressive, probably the beefiest one ton outside of an old Cornbinder that you'd ever see. 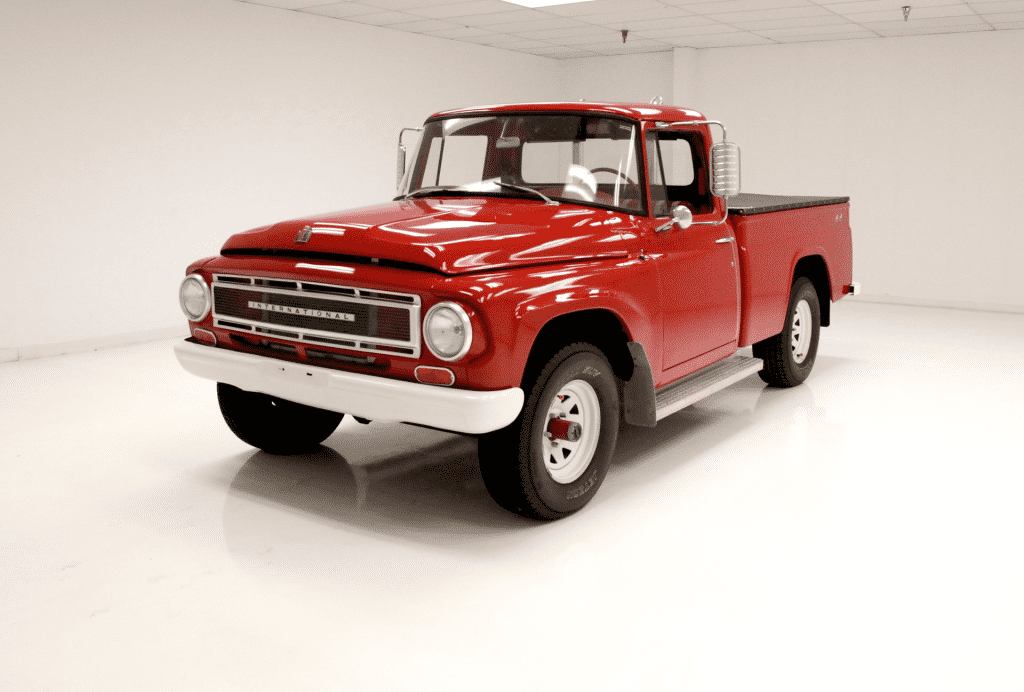 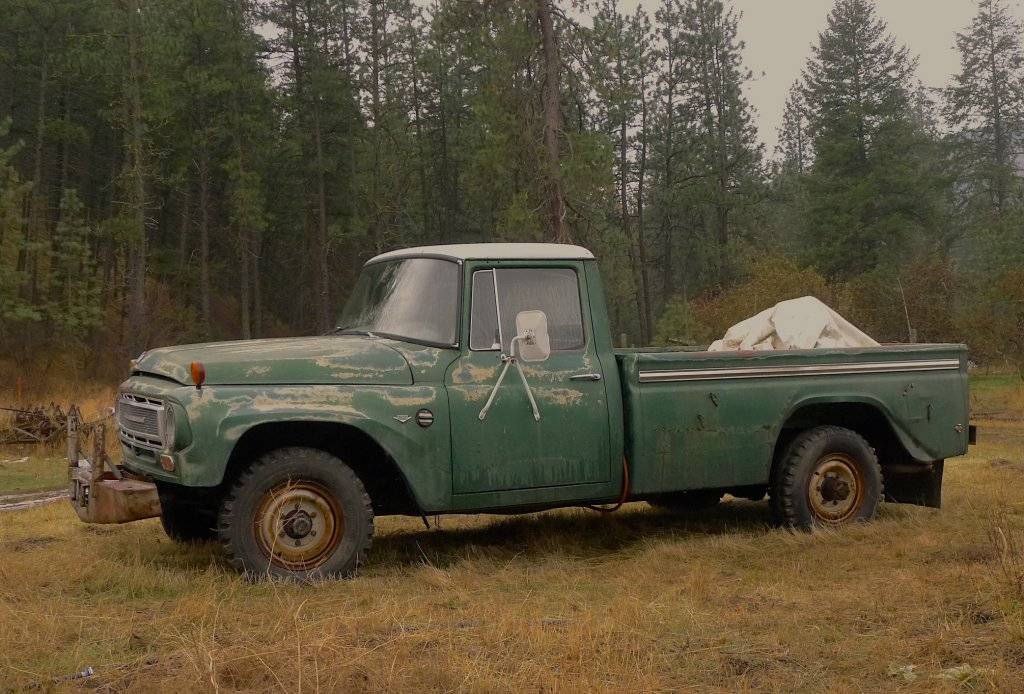 Never owned a cornbinder.
Have a 2017 Ram 1500 now, so old pickup projects may be over for me.
You must log in or register to reply here.