Correct engine break in and maintainance?

I will be installing my 383 back in 66 sport fury soon and wanting best advice on firing up emgine and follow up procedure. I discovered mopar’s oil drainback to pan is slower than the pumps ability to empty the pan and spun rod bearing at long distance high speed/rpm blast. Had to bore 0.040 turn crank, replace 1 rod and discovered #7 cyl was previusly sleeved. And 2 pieces of coat hangar wire in water jacket of block. C 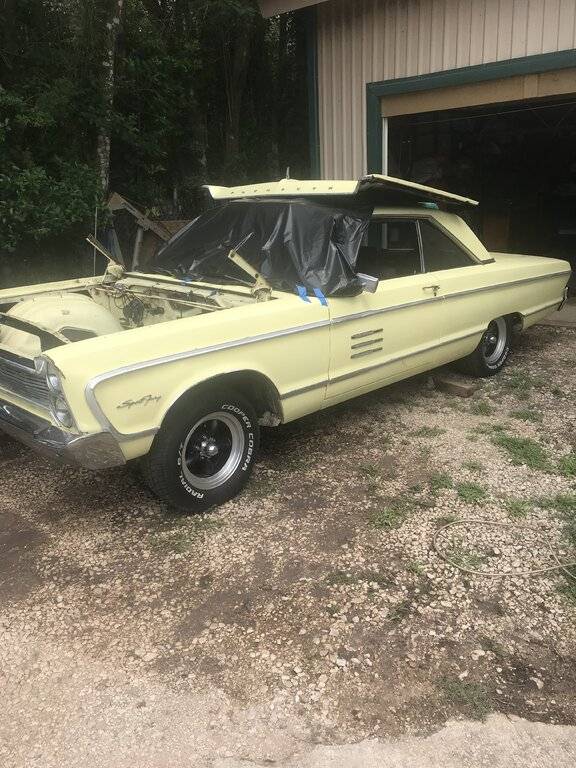 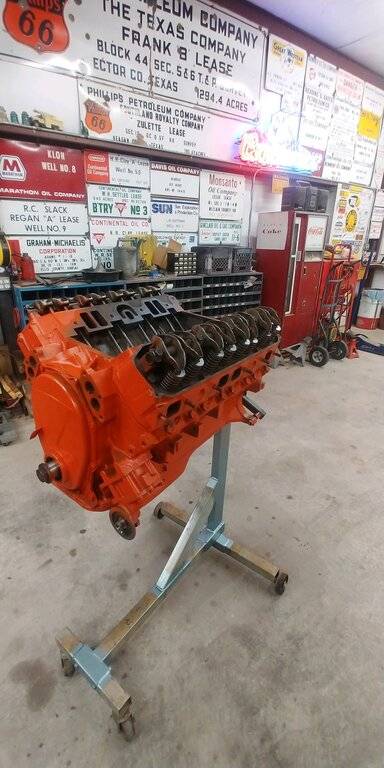 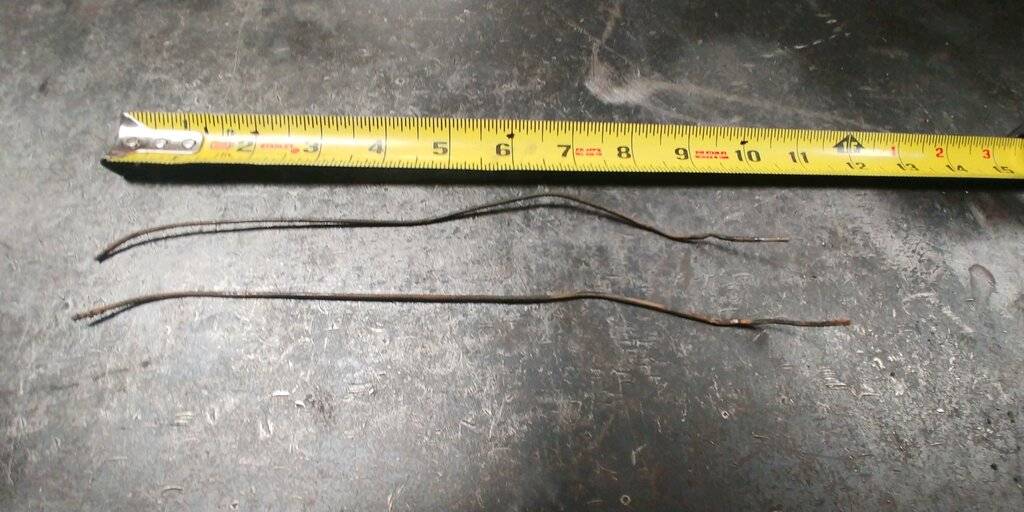 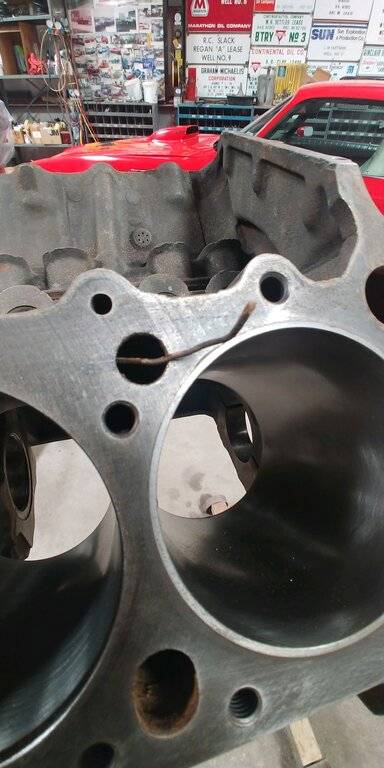 I can't think of any good reason for the coat hanger wire in a coolant passage. I have seen it done on some old flat head six engines in the oil passages to the cam bearings to improve oil flow to the rods and mains. A lot of the older flat head engines had poured cam bearings that were expensive to recast, so the wire became a short cut for some low quality rebuiders on engines with worn cam bearings.
I suspect that your engine may have had a high volume oil pump installed as part of a previous rebuild. High volume pumps are capable of sucking the pan dry with heavy viscosity oils or at high RPMs. A six quart pan is a must for a performance build a with a high volume pump. Even with the six quart pan it is very important to keep the crankcase full to the mark on the dipstick.

As far as breaking in a new engine goes, use a quality high ZDDP content oil. The high zinc content helps with getting a good cam to lifter break in. My personal preference is Valvoline 15-40w all fleet. Shell Rotella or Chevron Delo 400 are also good oils. Comp cams also sells a 10-30w high zinc break in oil. Avoid letting the engine idle for long periods to break it in. Take the car out and drive it over a range of engine RPMs, avoiding high RPMs, keep it under 3500 RPMs. Drive it for 50 miles and bring it home. Change the oil and filter. Drive it for another 2000 miles and change the oil and filter again. At this point the vehicle should be ready drive however you want to drive it. The 383 has a flat tappet cam so be sure to continue to use an oil with a high ZDDP rating.

If you are replacing the oil pump, I would suggest staying with a stock pump for street use. If you disassemble you previous pump, you will probably find bearing material caked to the impeller and such a pump needs to have the internals replaced.

I think you will find that the wire is not "coat hanger" but rather stiffener wire for the sand core when block was poured....

As for pump sucking more oil than what can be returned I would suspect the main and rod clearances were too tight for the rpm being operated...
My current build is done with .0035" main clearance and .003" for the rods..
I don't use grooved rod bearings but do like to use 3/4 or full groove on mains..
And I only use HV oil pumps that I port match to the block..
C

Xenon said:
I think you will find that the wire is not "coat hanger" but rather stiffener wire for the sand core when block was poured...
Click to expand...

Personally, I tend to concur with that statement. Can't understand why somebody would take the time and EFFORT to put coat hanger wire in a water jacket, for any reason. BTAIM

Before you put everything back together (as in install the front cover and valley pan and valve covers, douse everything with motor oil and/or assembly lube. It used to be recommended to pour two pint cans of the old GM EOS over the cam and lifters to have some possibly thick-film lube before the crank slings oil onto the camshaft lobes. Of course, hopefully the cam lobes have the black moly lube paste on them, as do the pushrod ends, rocker arm ends, and something on the rocker shaft. Can't forget the cam sprockets and chain, which also usually only get splash lubrication, either. Especially on the cam sproket thrust surface against the cyl block. Basically, everything which does not have specific pressure lube going to it.

Do pre-lube the engine before initial start-up. Via the oil pump being turned by a strong drill motor.

In any build, the orientation to improve what "stock" was can always be prevalent, which is somewhat normal. Nothing wrong with that, except that in some cases, "better than stock" can result in unnecessary money spent for very little real benefit, in the long run. One area is the oil pump. When I did my Camaro motor, I opted for a HV pump but with normal pressure rather than higher-pressure. Knowing that the higher volume trying to go through the oil passages, in itself, can increase oil pressure a bit on its own. Also being cognizant that the oil pump is one of the horsepower hogs of any motor, too. More pressure, less power to the flywheel.

On a "green" new block, the OEM procedures on new car engines, with the 500 miles of hot/cold cycles, allows the block to cure and everything become friendly. On a seasoned block, once the machining is done, it stays where it is. Which leaves the piston walls/rings as the main consideration of things which "get friendly" with each other, with the main bearings being next in line in importance. Other than the camshaft and such on soon-after-starting!

The other thing to consider, related to a new OEM engine is that by the time the engine gets to the assembly plant, it has already done its basic run-in and QC checks at the engine plant, so it's already done that initial 30 minutes on an instrumented engine test stand. 30 minutes of 2000rpm+, with rpm variations to sling oil to all parts of the underside of the camshaft area, before it is allowed to idle. Things which need to be replicated "in the field" for any engine rebuild which includes a new camshaft. FWIW.

Once that 30 minutes is done, then it's time to recheck the initial ignition timing, tweak the carb for idle speed and mixture, then take it for a cautious drive. Several cycles of easy acceleration to see how everything responds to throttle, noting anything which might need further attention/tuning. Easy acceleration followed by decelleration, which hits both sides of the thrust bearing, plus resulting in higher intake manifold vacuum which might tend to pull some oil up to the top of the ring package, for good measure, possibly. Then some moderate acceleration/decel cycles up to about 50mph or so. As things progress, maybe a 3/4 throttle punch, too? Key thing is to not force the engine to WOT too quickly, but only after some miles have been put on it, letting the internals become more friendly with each other before max power is requested of them. You can probably tell when that happens, too.

The many oil changes can be personal prefference, to me. Personally, I'd rather leave the initial oil in the engine a bit longer, with all of the anti-wear additives at work longer. IF a reasonable amount of care was taken to keep things clean and such during the build, then things might go a bit longer before the first oil change, to me. But if the build area was not completely clean and dust-free, the first oil change might be done a bit sooner. If the factory recommended the first oil change at 3000 miles, on a new engine, with a new oil filter, than can work, too, by observation, relying on the OEM-quality oil filter to pick-up any small debris which might be flushed out by the oil. On that note, after that first run-in, replace the oil filter, too.

One other resource might be the engine builder! Which could well be "After the first cam break-in time, drive it "normally" . . . Change the oil and filter . . . And take care of it."

During all of this time, pay special attention to how the engine sounds (normal and not-normal sounds/noises) and reacts. IF there are any concerns, stop as soon as possible and check it out.

As mentioned use an additive and/oil with high zinc content.
My 383 break in I used el cheapo 10w30 and 2 bottles of STP oil treatment.
Run with straight water bypass the heater core and NO THERMOSTAT! This is only for the break in. If any leaks developes...its only water and keep going.
Ya dont want a thermostat stick closed on a beak in!
Dont bother hooking up any vacuum lines to the brake booster or other accessories for the break in. I prefer to avoid any vacuum leaks that can cause a lean out condition or rough running issue.

Set the timing mark on the balancer 10 degrees BTC and make sure the rotor is right at cylinder one plug wire at the cap.
Fill the float bowls with gas.
Have a fresh or fully charged battery.
Engine should fire right up first click of key.
Make sure choke is disabled yet have the curb idle set high say 2800 RPM.
Have a fan blowing at the front of the car to avoid overheating.
Once you fire it up DO NOT IDLE OR SHUT IT OFF!
She has to run for 20ish minutes to break in the cam.
During that period blip the throttle periodically.
Monitor temperature and other vital signs.
Once the 20 minutes is up SLOWLY turn the idle down. Blip the throttle and eventually shut it down to cool.
About half hour or so.
Start it up and recheck timing, curb idle and vacuum readings and do any fine tuning necessary.
If no water leaks, drain the system and add your favourite brand of coolant. Install thermostat and reconnect heater hoses to heater core.
Hope this helps!!

maybe wire is from lower radiator hose that had wire spring in it.
4

Use specific engine break in oil. Driven Racing oil has oil made for this job of break in and running a flat tappet cam. Yes it is more money, do you want to do your engine over? Don’t use synthetic in a new engine. Needs several thousand miles first.

Do you know what your rod and main bearing clearances are? If not ask the mashing shop. This will determine what weight oil you want to run in this engine.

That wire could certainly be from casting the block.

Question: Tell us about the engine what was the bore size and crank bearing journal size before the rebuild? Was it all standard or had it been machined before? 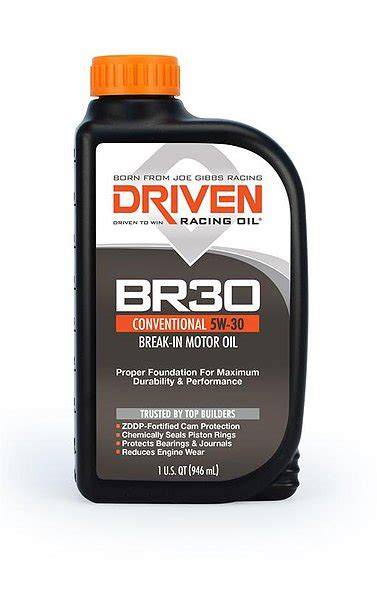 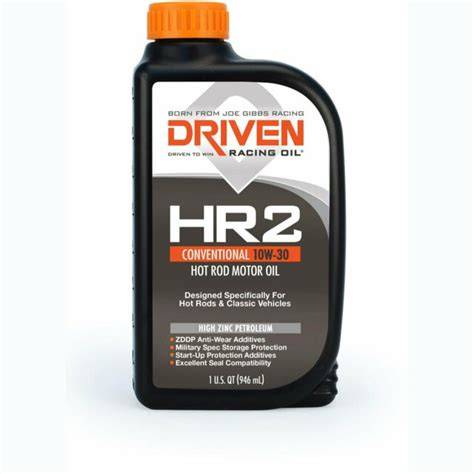 I also had the wire in my water jacket when I went to do my rebuild.

Thanks all for advice. The inffo i get here is gospel to me. Ive heard far too much chevy input over the years. Lol

A nice check list of things and activities! Especially if one has never done those things before. THEN comes the "break-in" time!

Thanks stubs300 for that start up procedure
You must log in or register to reply here.