The only new cars dad ever bought, well into the 80's, were Mopars. We moved to SoCal in the late 60's. Dad managed all the corporate owned NAPA Auto Parts stores in the LA area, and he was allowed to purchase a company owned vehicle for work. He also got to use them as his personal transportation. I apologize in advance for the crappy pictures. 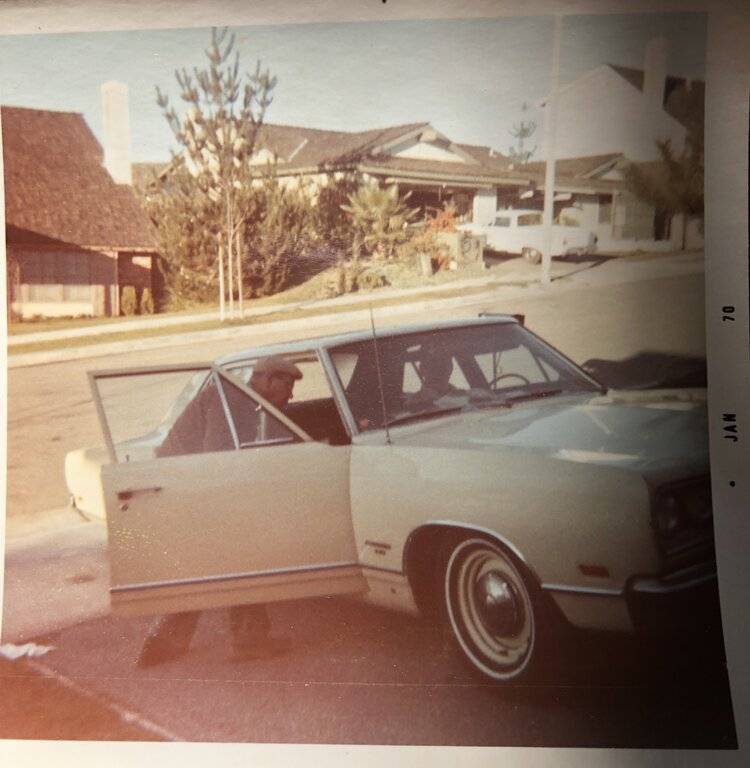 I love the dog dish hubcaps and whitewalls. And no vinyl top! That's grandpa hopping in the passenger side.

Business was good for the next couple of years, so he got to step up to a c-body. His next car was this new '71 Polara. Sorry all I have is the front end. Thought I had a full picture of the car, but can't find it anywhere. This is December of 1970. Mom's Rambler wagon is in the garage. 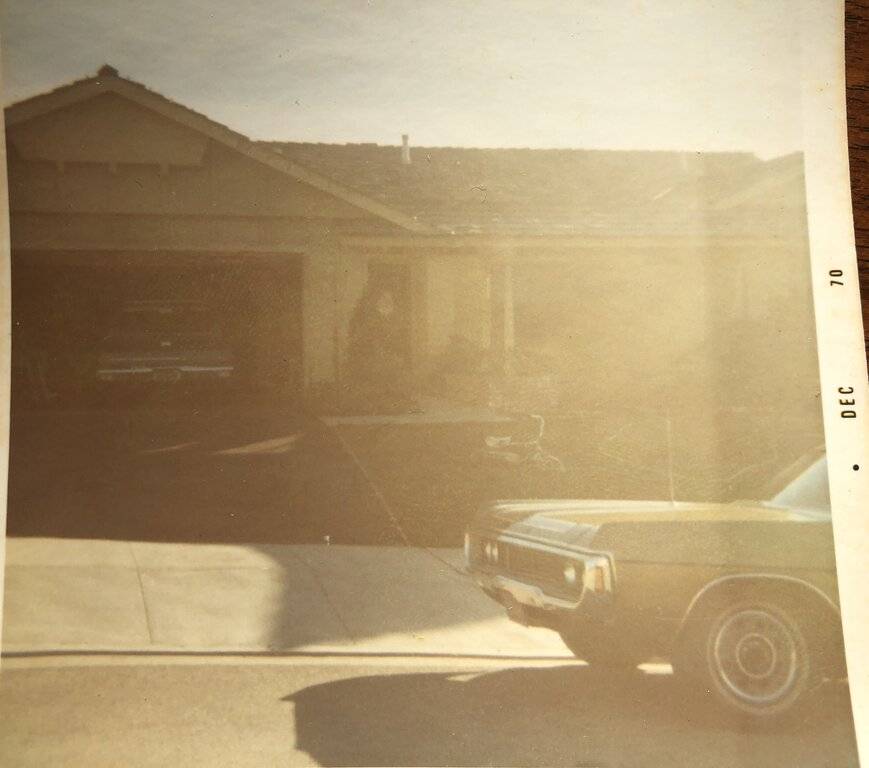 Dad told me a funny story about this one. He and his boss needed new cars, so they went to see Cal Worthington at Worthington Dodge. For those of you not from CA, he was a charismatic and quite successful dealer (check out this commercial: ). Somehow they ended up in Cal's office, and it turned out that dad's boss and Cal had served at the same Army Air Corps base in England during WWII. They hit it off, and dad's boss drove home Cal's "personal" '71 Monaco. Dad tells me his boss had nothing but problems with it.

And finally his '73 Fury. That's me in the foreground with my BMX bike, and dad on my brother's motorcycle.

After this he got transferred to Denver and inherited a '76 Caprice. He replaced that in '79 with a brand new St. Regis. THAT was a nice car!
Last edited: Jun 14, 2021

That looks like Saddleback in the last photo so I'm guessing Mission Viejo?

Thousand Oaks in Ventura County. A fantastic place to grow up in the 70s.

wow I was off by two counties, haha... Cool photos.

Glad you have Mopar memories

71newport said:
Thousand Oaks in Ventura County. A fantastic place to grow up in the 70s.
Click to expand...

Jungleland? I never been there. I spent more time in lemon orchards

3175375 said:
Jungleland? I never been there. I spent more time in lemon orchards
Click to expand...

Wow! I haven't thought of that place in 40 years. We moved there in'69 and I remember visiting it once, but I think it closed shortly after that. I don't remember mom and dad being very impressed.
You must log in or register to reply here.

Some of Our Members' Cars Displayed at MCACN Show This Last Weekend:
2

6
Looking for good advice. I have something special.
2

Who was your mentor?