I have lined up a reproduction guy to reproduce the back up lights for the 1972-3 Imperials. He is the best I have ever seen in terms of being able to reproduce lenses and other such parts for our cars, including emblems too. His parts are way better than new.

What he reproduces is like jewelery when he is done and I am not exaggerating.

But I do not have a really good example of this impossible to find part that is good enough to do a reproduction that meets his standards. Is it possible that anyone has one or even an nos one?

It is probably the worst part Chrysler ever made since they were junk within two years of the cars being sold new even if the car was just kept in a garage and was never driven!!!

It is shown at about 40 seconds into this video right above the license plate:

I actually had an NOS one some years ago. Whatever plastic they used for the lens was junk. It was yellowing just sitting on a shelf, not exposed to the elements at all.

I may have sold it to your friend with the tan four door. His name is escaping me right now. I know that I sold him some parts, but don't recall exactly which ones. It was probably over 10 years ago.

Is this the same guy in Australia or another guy? I do have an NOS rear lens - but it is really warped too - I can send you a photo of what I have to see if you'd like to use it Steve to your email is you'd like.......... Later, Mark

DeMopuar said:
Is this the same guy in Australia or another guy? I do have an NOS rear lens - but it is really warped too - I can send you a photo of what I have to see if you'd like to use it Steve to your email is you'd like.......... Later, Mark
Click to expand...

Same guy Mark and he was just wondering whether an nos one would be less warped than what we sent him. I told him that it was unlikely and that he would just have to do the best he could with what we furnished him. After some back and forth, he and I talked our way through the best solution that we could come up with to make the back up light. I believe he will be doing a much better job than we are expecting knowing his level of detail and insistence on perfection.

I helped him out with getting a title for a formal wagon he was storing at my place so it could ship to Australia and it was a big problem because he had no paperwork at all with the car - but I took care of it to his delight and gratitude when he couldn't find anyone else in California that would get a title for him or even knew how. After his stroke he seems to now be able to drive again and he really is delivering to me now.

So I feel pretty certain we will get something relatively soon.

Awesome on all counts!!!!!!!!!!!! Yes, I did purchase an NOS 72 - 73 license plate/reverse lens but couldn't inspect it until I purchased it and had it sent to me -- I wasn't very happy when I received it as it was pretty warped -- but it was new in the original box but it really didn't matter as it was way worse than the one that I sent you before. Sorry I could not help out more with this lens at all. If George would be willing to do 10 of these for me I'd gladly pay him for this quantity..........just keep me in the loop. Every Imperial I have is warped and messed up -- and I'd like to have five nice cars with spares if that's possible?

Good news for the formal and getting the title to ship it..........I bet that was a total hassle. I did purchase a car without title before and went through a service that got the car registered in Vermont, once I had that registration I could get a title in Wisconsin so it did work very slick, just costs money to do this stuff like everything else.........

Always glad to help with our joint projects.

He was asking me yesterday how many of these he should plan to make and thought there would be scant requests but I told him I would expect a fair number in the end. So I will let him know of your 10, I have another order from another member here as well as my 5. Between the various lenses we sent him a few years ago now, it seems he will be able to get us a very good reproduction. His standards are the best of anyone out there, so his worst will still likely surprise me. All the parts I received for my 1960 Imperial were just incredible.

Yes, getting a title here in CA was no fun but I had been down this path before and had figured out what I have to do to make it happen. I used all internal state allowances and little known routes.

And I appreciate the way out of the ordinary help you have given me in the past when I didn't know who else I could come to!

I don't believe that the NOS one that I had was warped at all. It looked perfectly fine other than the lens had yellowed some and it had a ding in one of the chrome strips. It was made out of the type of plastic that gives off an unpleasant odor as it ages.

I was able to find a few photos from when I put it up for sale. 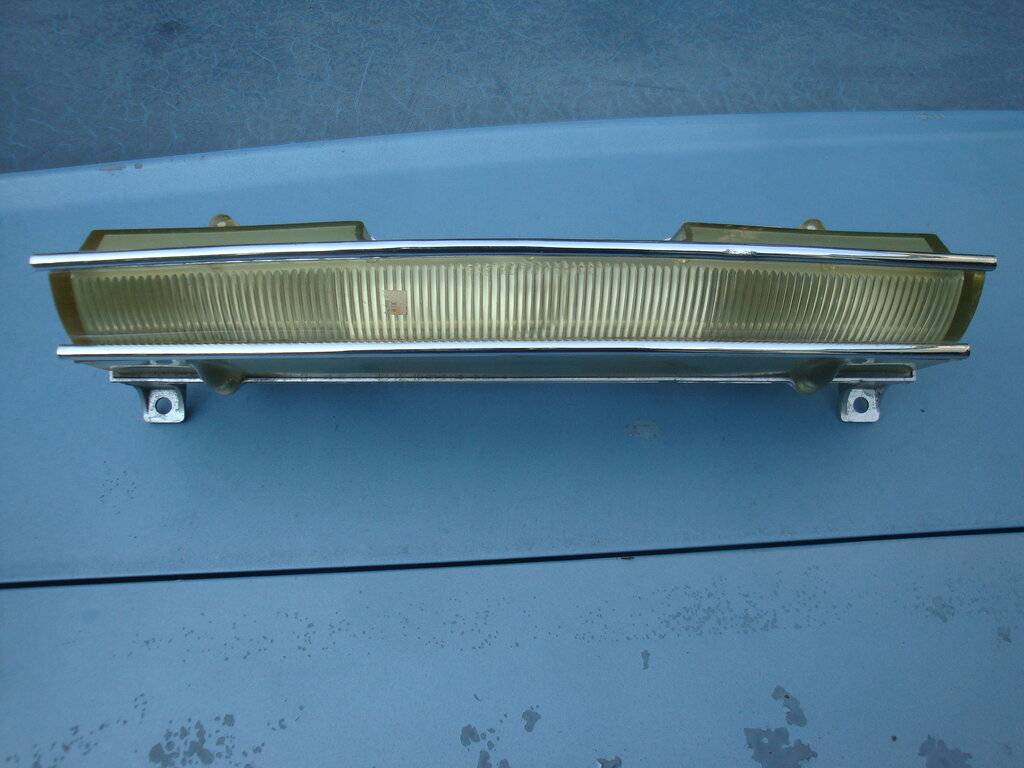 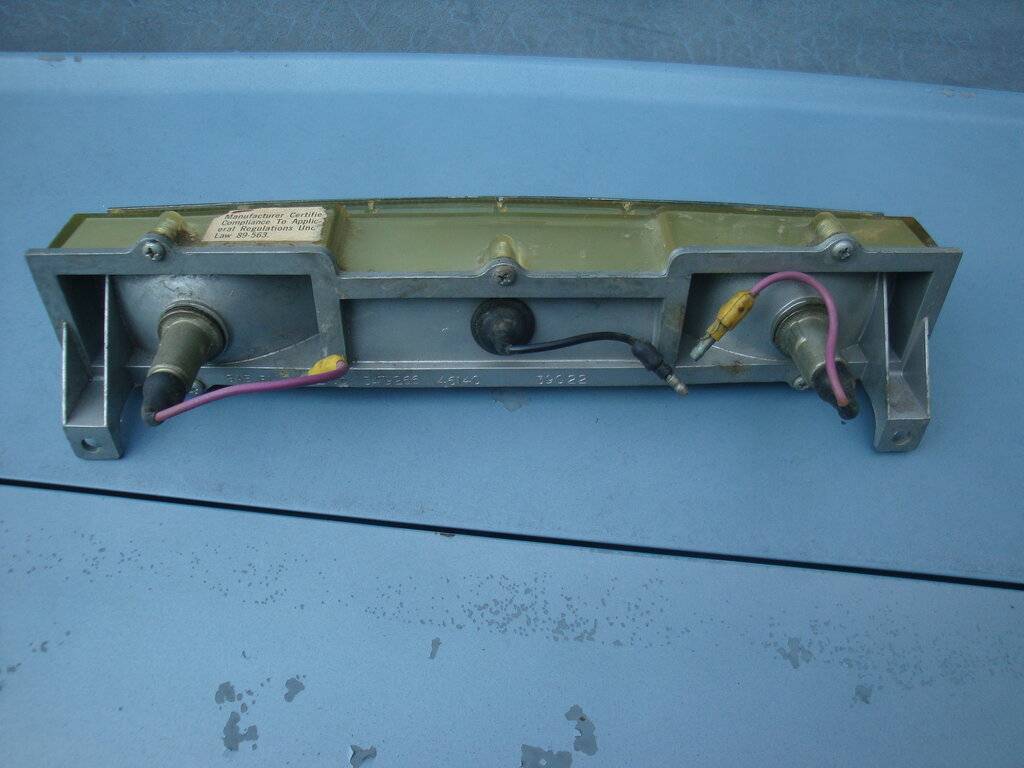 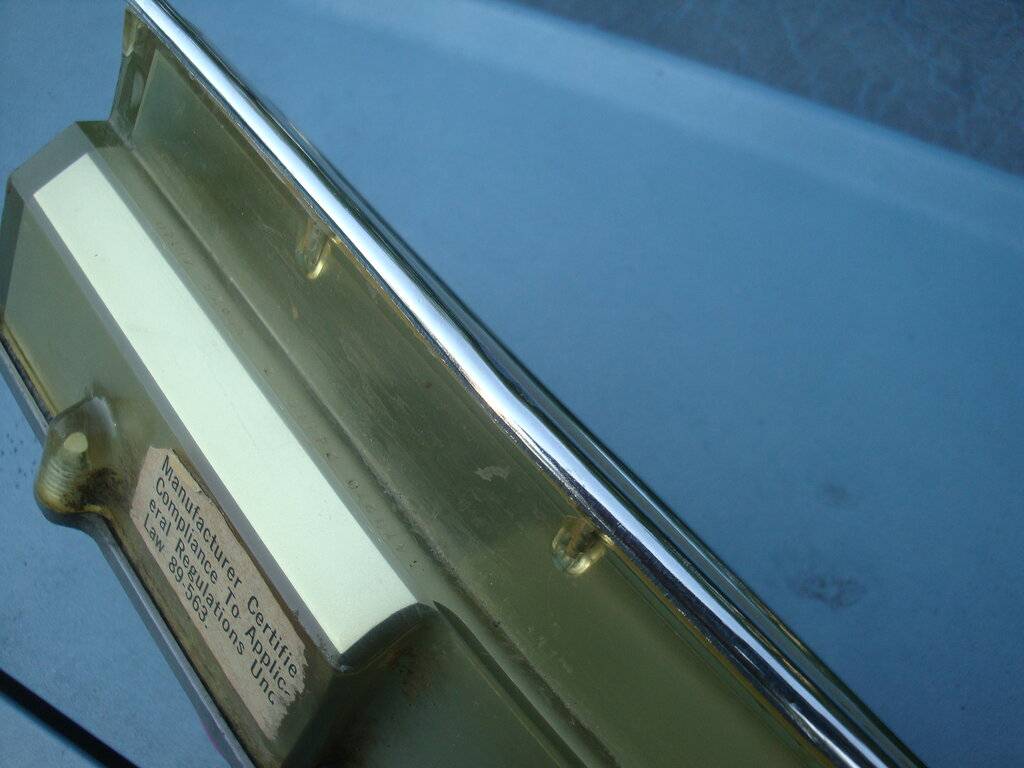 Without intentions to derail this thread but does anyone has a good condition chrome frame? They seem to crack always in the lower half 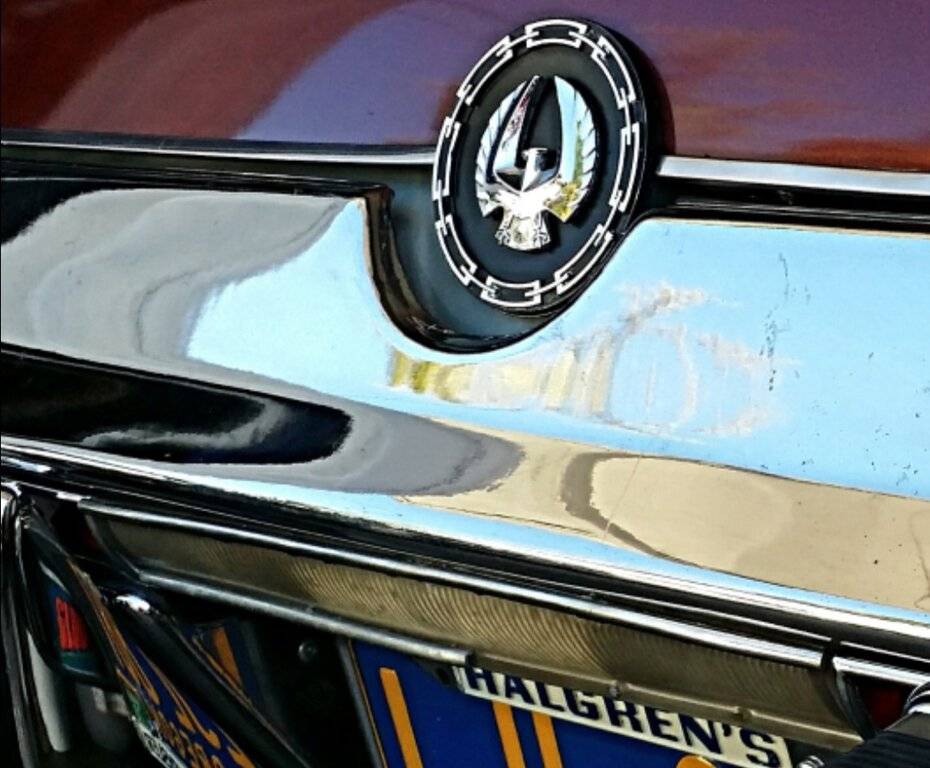 Marv said:
Without intentions to derail this thread but does anyone has a good condition chrome frame? They seem to crack always in the lower half

No underneath the bumper is the backup light that is surrounded by a thin chromed frame. As you can see in this photo the frame is halfway fallen apart which is the case on almost every car

Marv said:
No underneath the bumper is the backup light that is surrounded by a thin chromed frame. As you can see in this photo the frame is halfway fallen apart which is the case on almost every car
Click to expand...

Ok, gotcha. If I come across any I'll let you know.
You must log in or register to reply here.

A
Anyone interested in bagging their 70 C body stub frame without removing the torsion bars or the whole stock front end?
2