Can anyone decode this fender tag? Trying to figure out if car had a pinstripe.
Thanks 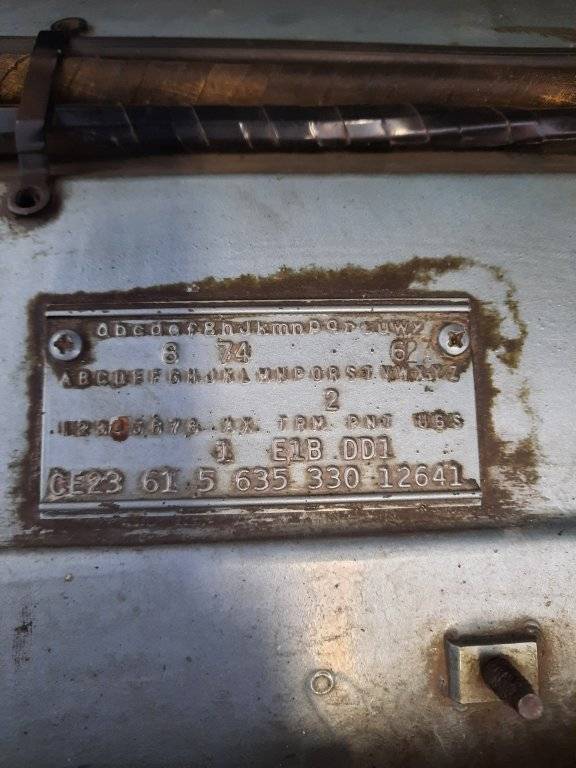 I can't find anything that shows a stripe was even available on the 67 CE model. If it was, it's not coded on that tag.
C

1967 Color and Trim book indicates that only 300s and New Yorkers had paint stripes in '67. As standard equipment. Might check the sales brochure to see where it went on the NYs and 300s that model year.

(Wonder how many Persian White or Sandalwood NYs or 300s were built with red interior and red paint stripes?)

Decoder I used wouldn't pull up "CE" for the car line, so I went with the next up - "CL". Can't really say how accurate this is, but better than any guesses I'd make!

Our '66 Newport Town Sedan is a CL. My '67 Newport 2dr Fasttop is a CE, '67 Newport Custom is a CL. NOT sure how that translates into a Canadian model, though, which is where the appropriate parts book and FSM could come in handy.

NO belted tires in 1967. Goodyear Super Power Cushion whitewall polyester cord 4PR tires were on our '66 Newport when new. With the orig spare still in the car. 1967 should be similar, as I recall.

You can find the model decodes in the particular model year's Chrysler Parts Book and also the FSM. Again, the Canadian-spec models might be different.

Thank you, I wonder what else is.
T

I don't know - the decoder I used is just on-line. None of this is 'my' work and I can't vouch for accuracy. I concur w/ CBODY67 that "steel belted" is suspect. Polyester is much more likely. Size seems like it could be about right.

Back to the e-8: ...does your car, by chance, have a sway bar? ...possibly this field is suspension-related?
C

Over the years, I've noticed that some online decode websites might be more oriented to later model vehicles than in the 1960s. "Steel belted" non-radial tires were usually Firestone specific, in their line in competition with the Goodyear PolyGlas white letter tires, which were fiberglass belted.

As to "front sway bars", all B and RB cars (which was the only way that Chryslers came back then) had front sway bars as standard equipment. The 318 Plymouths, by comparison, had them as optional. No rear sway bars, optional or standard, until the 1974 model year . . . except that there are listings for such in the 1970 Police/Taxi parts book section, with the note "LAPD".

As this is a Canadian-spec car, there might also be some differences in the data plate items, too?

e/8 shows up with and without w/6 codes so it is not related to being sold in Canada.
e/8 codes show up on several C* models and bodies so it's not related to the CE specific model or 23 body style
Other e/X codes, beside e/8, are used too but are not common.

More research its needed to determine the meaning of e/x codes.
M

@TNT440 - Don't suppose you have the broadcast sheet for this car? Maybe we could cipher something from that. "8" in some positions can equate to "Delete"...but I suspect that is probably not the case in the "e" position.
M

69CoronetRT said:
More research its needed to determine the meaning of e/x codes.
Click to expand...

MarkLevi said:
I see in a different thread that DetMatt has "e8" called out as "Buffed Paint" - which could jibe with the broadcast position code "708"
Click to expand...

Which typically would apply to AA1 silver paint but not DD1 and is coded under the B in UBS.
e/8 shows up on other colors and two tone cars. This coupled with the coding position on the tag, probably does not indicate buffet paint.
M

Makes sense. And looking back at that other tag, the "8" for "Buffed" is out of position ...I thought it was actually a stripe-delete code, but: there's no stripe in the first place to be deleted, and I see on yet another tag in that thread the the "B" for black upper door paint - which should be under "U" - is also under the "S". "Sloppy" stamping isn't helping our cause at all! LOL
T 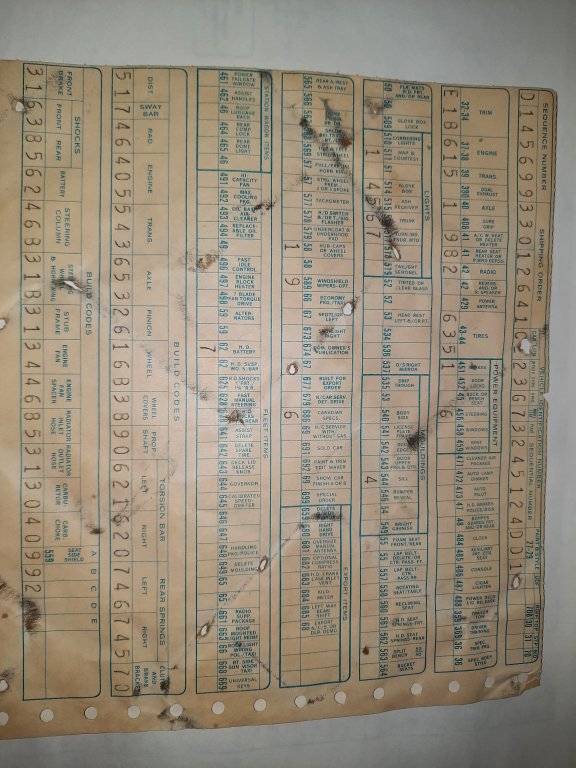 Listed in sales brochure as rear heater and defroster system.

Your car have this?
M

@TNT440 - Thanks for posting. Does your car have a front Heater or AC?

@69CoronetRT - thoughts? Match any of your prior info? 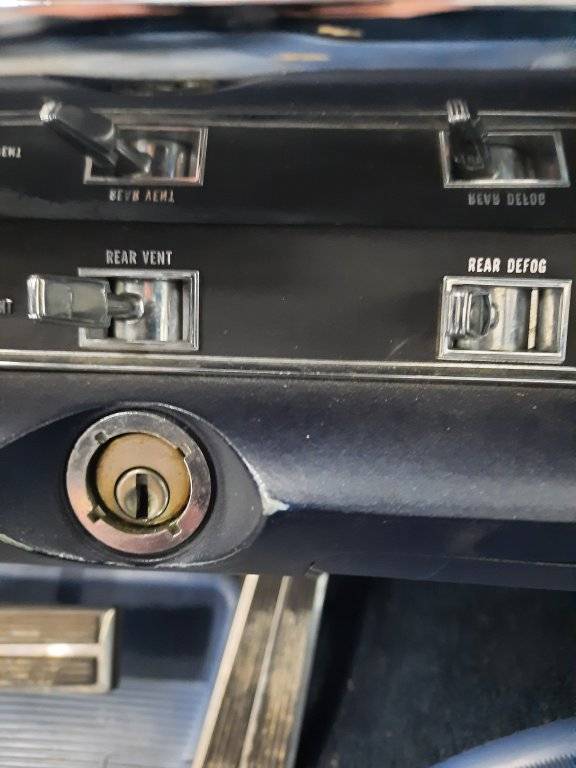 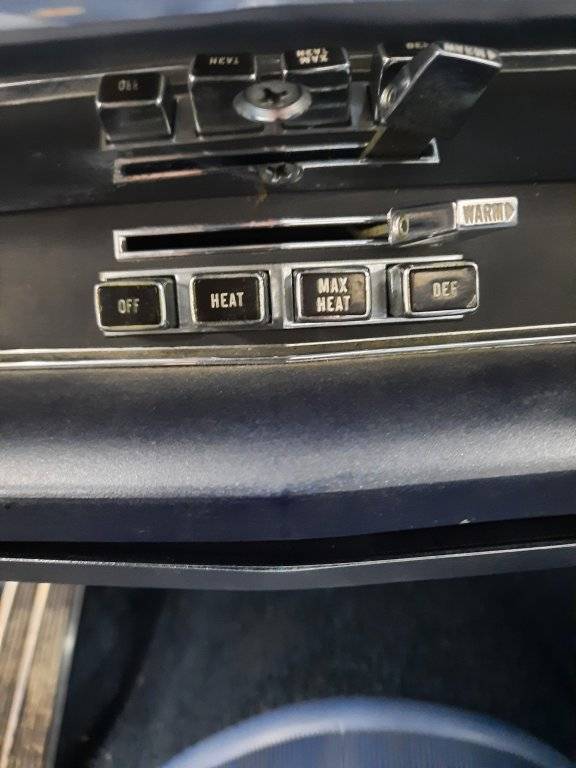 TNT440 said:
It does have a rear window defroster.
Like most cars, it does have a heater in the front.
Click to expand... 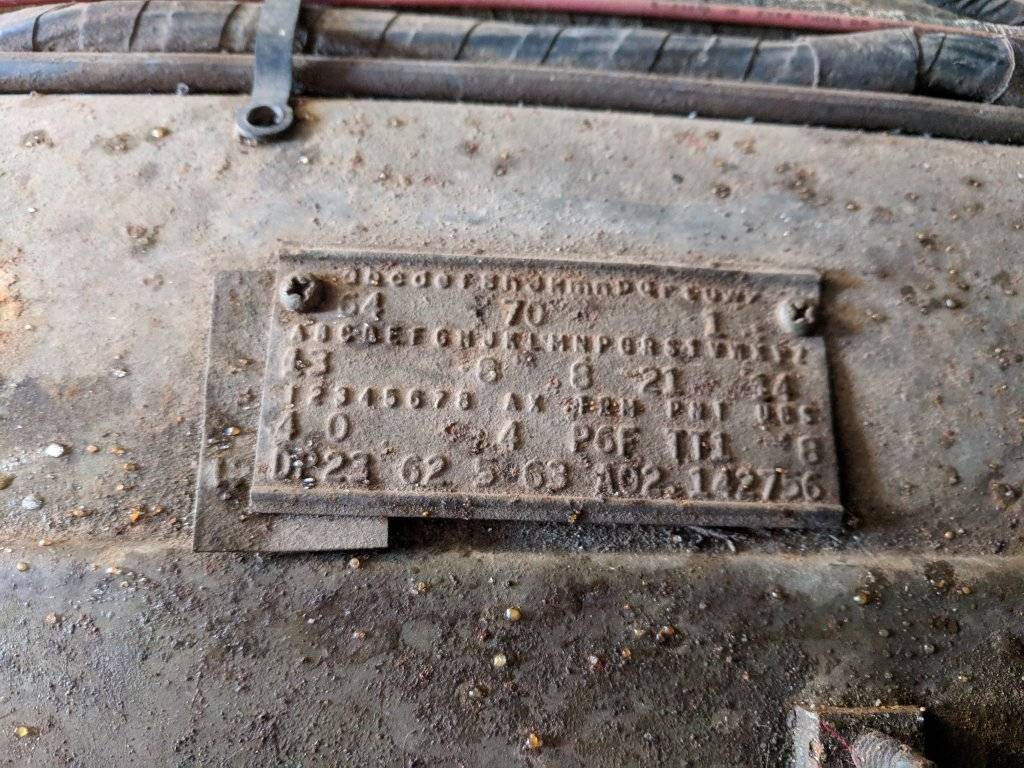 '68 Monaco 500 with rear defogger. Definitely not under the e.
You must log in or register to reply here.

For all you fender tag lovers! Tag from my 1968 Chrysler
2