in my opinion but wow. I don't really see him getting that especially for a 4-door hardtop and in green. The car is PP43H79171199, a '67 VIP 4 door hardtop in GG1 green with black interior. The owner claims it is and I quote from the ad, an "Elite Survivor." It even comes with NOS spark plugs and 2 sets of keys!! Say Bill or @FURYGT what would be your opinion on the car? I would also like to hear from all the other Fury experts like @PH27L7, @mrfury68, @fury fan, and whoever else I can't think of. Here is SOME of what the owner says about it......

For sale is my beautiful 383 Commando H-Code powered 1967 Plymouth Fury VIP hardtop sedan. Driven only 17k miles since new, this is one of the nicest C-body MoPars out there. The car has been home-garaged everyday for its entire life. It has not been restored or modified in any way. Never driven in snow and only caught in the rain a handful of times, so there is no rust or corrosion anywhere inside, outside or underside. It is beyond survivor class. I acquired this car from the original owner’s family in 2015 when it had just 14K original miles on the odometer. In 1967 it was ordered new from Carl Mozingo Auto Sales in Newton Falls, Ohio. It served mainly as the family church-going car, and had never left Newton Falls or even been driven on the highway. When the head of house died just a few years after purchase, his widow took it off the road, covered it with blankets, and shrined the car to a dry dark space in their garage. No one else was allowed to go near the car. Fortunately, for the years to follow, she would routinely start the car every couple of months to keep the works supple and lubricated.

I keep the car in a heated private garage on a private family property in Westchester, New York. I drive it about 20 miles consistently, once a month, all year round, except days when it is raining, snowing, or there is salt on the roads. I have taken her on trips up to 200 miles without an issue. She loves to be driven. I have changed the oil and oil filter several times since taking ownership. I use quality oil and filters every time. 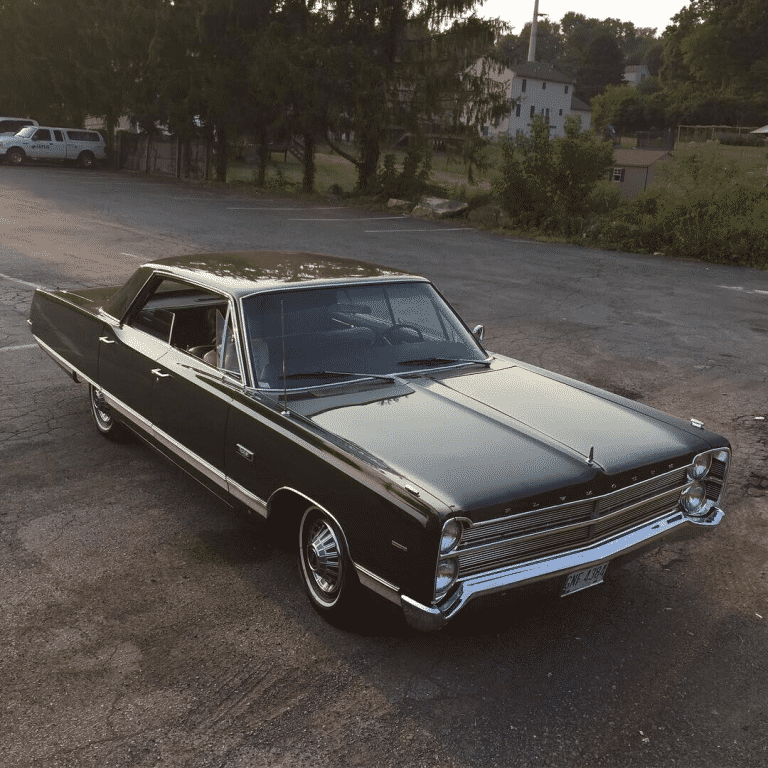 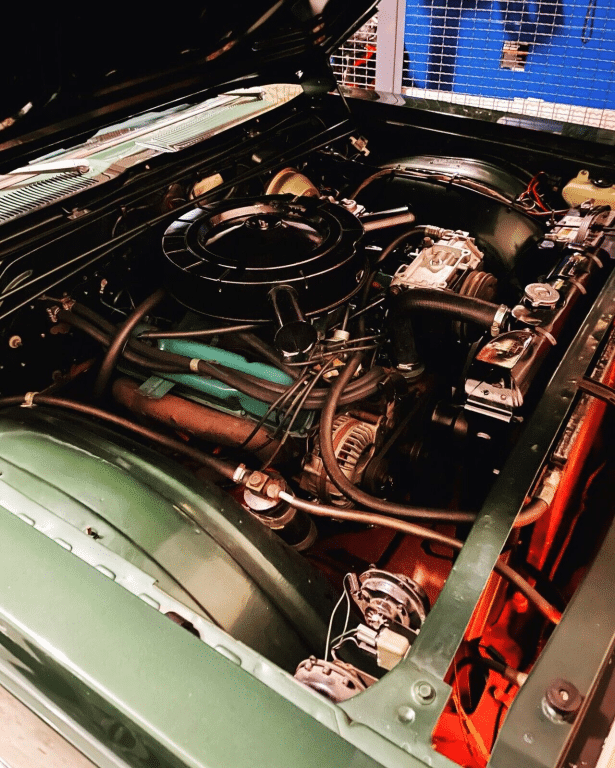 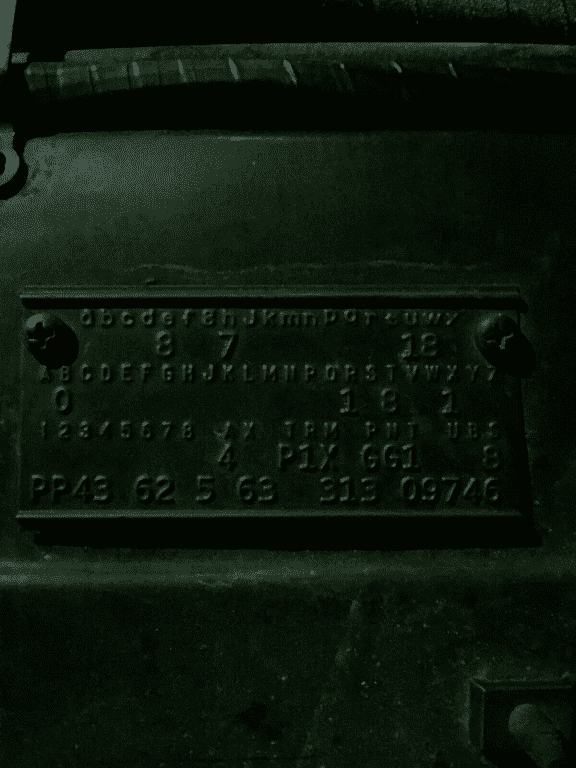 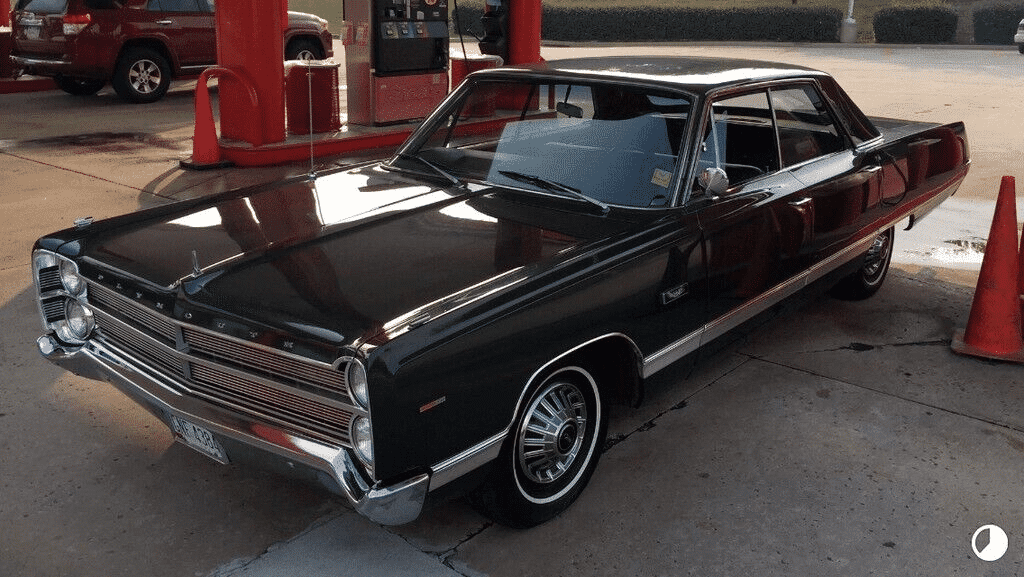 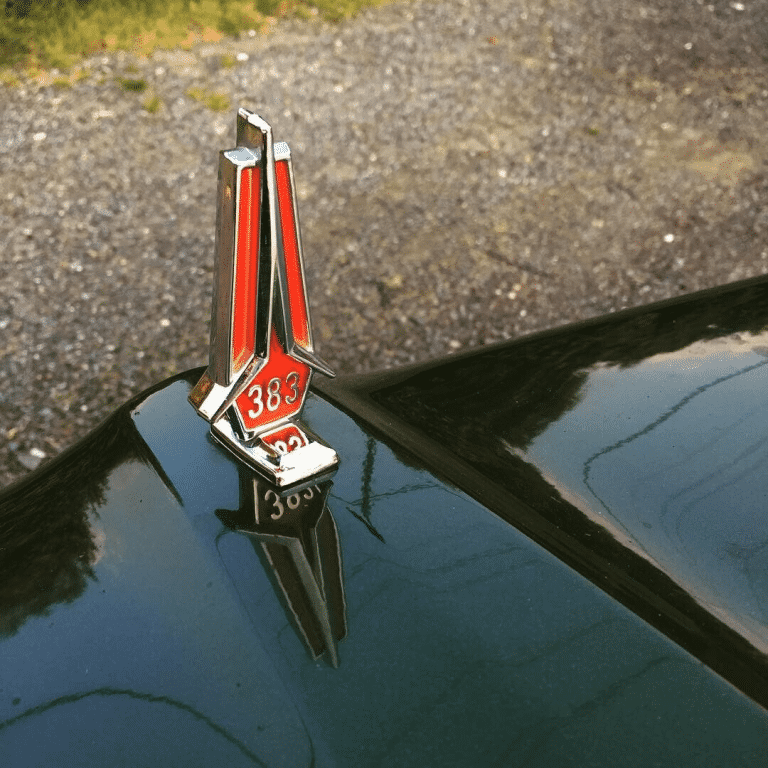 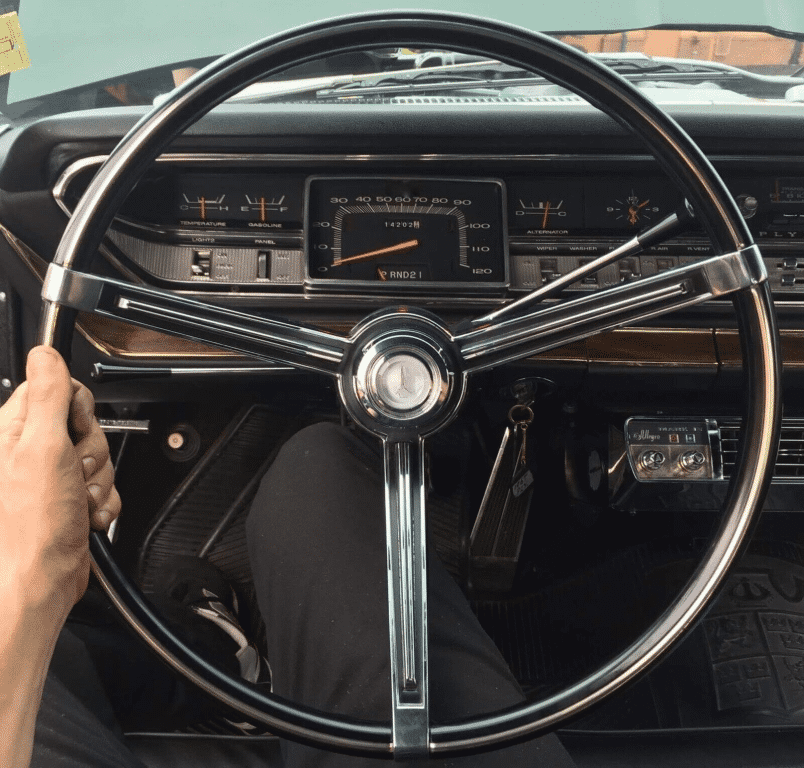 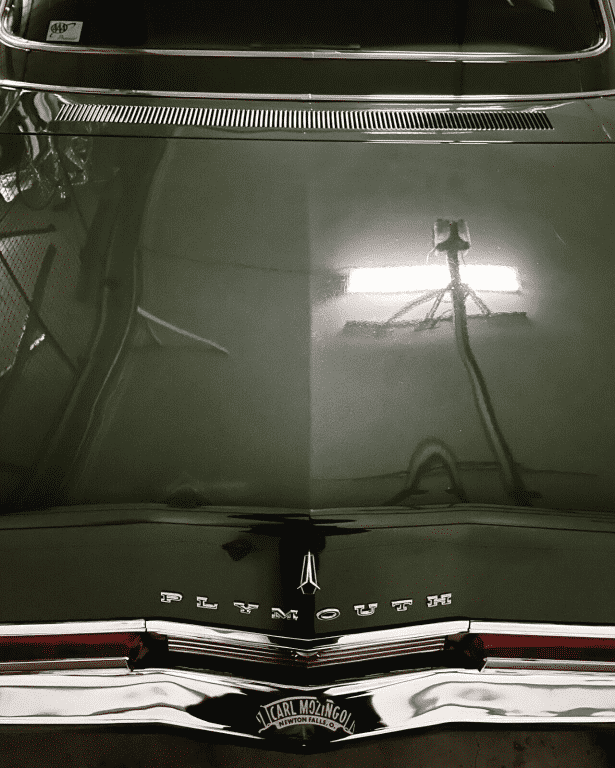 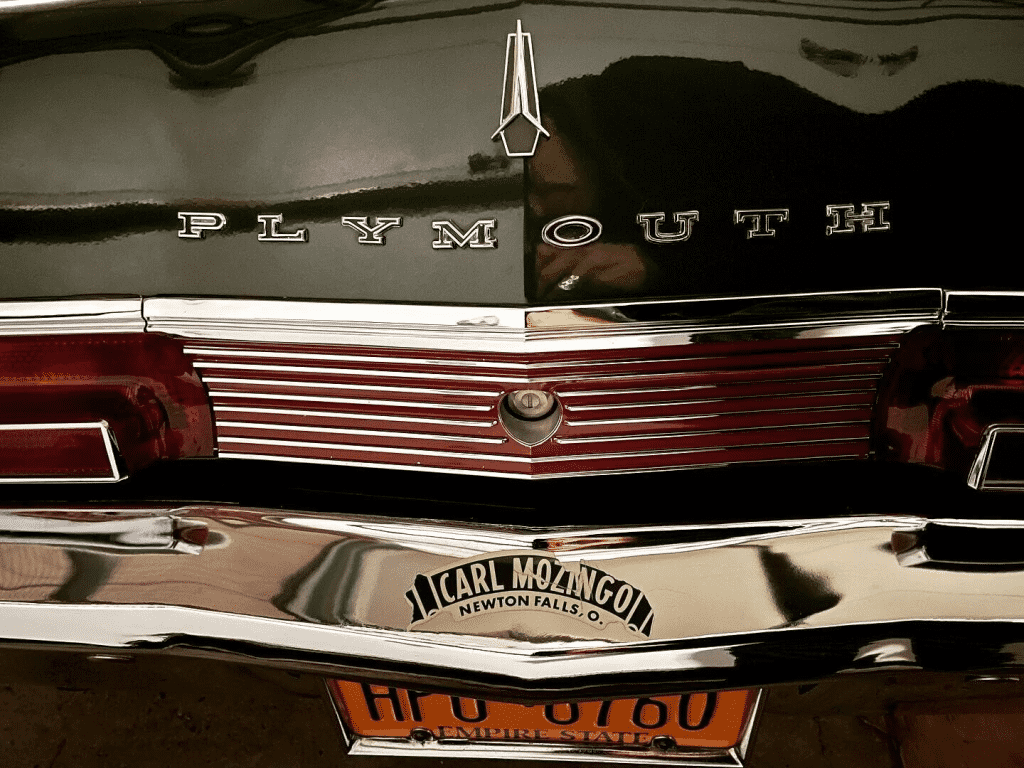 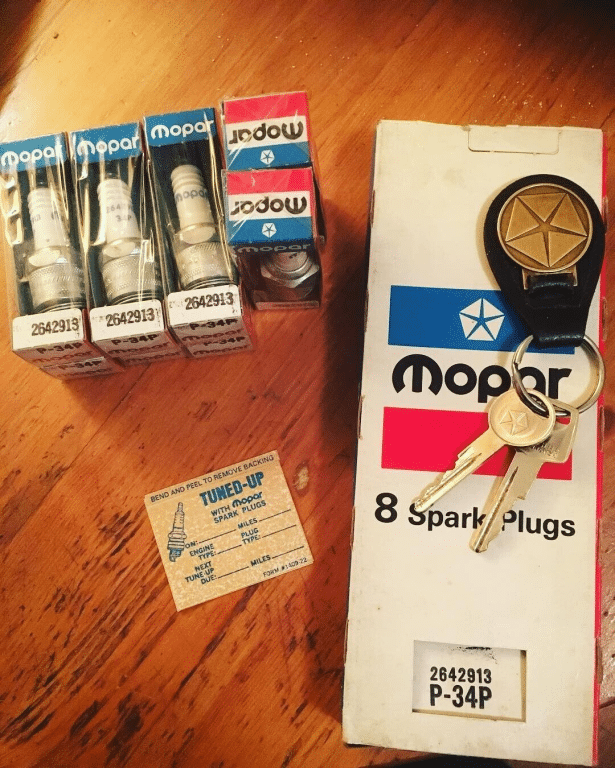 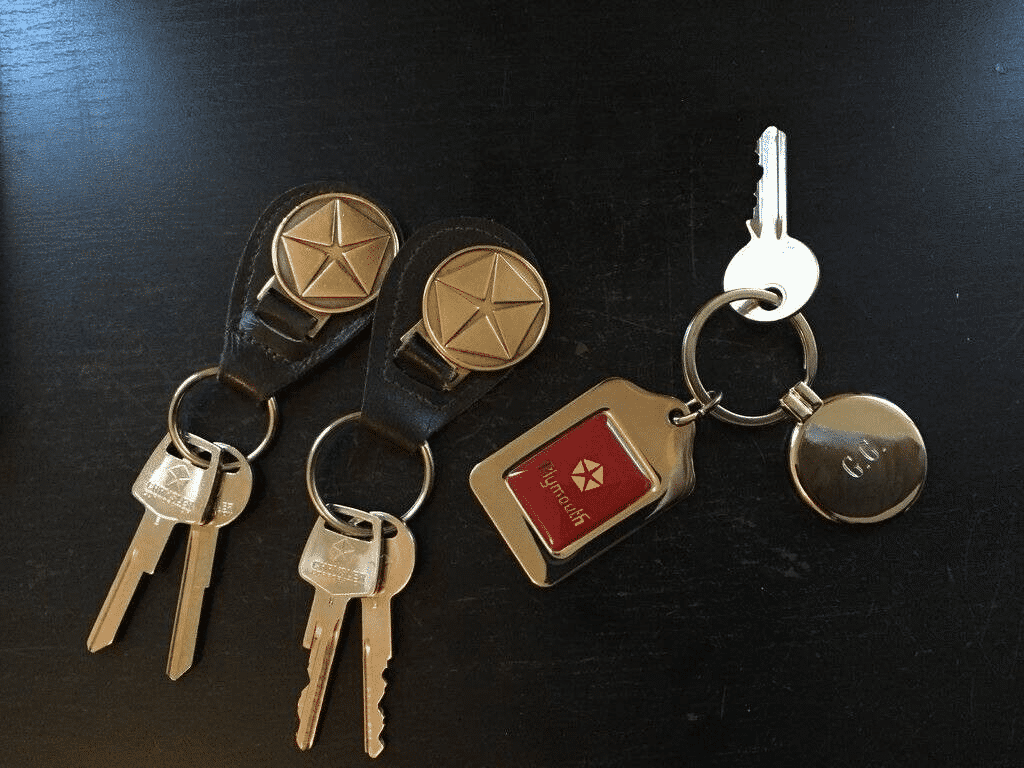 It does appear to be a spectacular original. Hard to say what it's worth since it's such a freakish original that you hardly ever see in any make or model. Sometimes oddballs like that go for high $ at auction, I even saw a Pinto go for $30k. I highly doubt $55k but who knows. Link or is it top secret?

IMHO the seller would be lucky to get half of the asking price. For such an allegedly low miles car, why has the carpet been replaced? Factory carpet did not use grommets over the dimmer switch.

The biggest drawbacks to the car are that it is not a two door model or equipped with factory a/c. I do like those 1967 Plymouths a lot but it seems the ceiling for such a nice car would be more in the $25K range if he really has to have it. A fast top would be really nice to look at. I also believe the instrument panel design was unique and sporty looking in those models and those of the following year as well.
Last edited: Nov 6, 2022

Another car flipper who watches too many Barrett-Jackson auctions and is trying to finance his kid's college education. That is an impeccable example of a well preserved '67 VIP, however $55K isn't even a realistic price. All of us here obviously have a passion and extensive knowledge of these full size Mopars but we are also realistic on what they are worth. That car was Plymouth's top offering for '67 and the color and 4 door hardtop body style really make it stand out. The A/C unit was a popular dealer add on back then. While not factory, it is period correct. 1967 models still had lots of chrome bright work throughout the interior, which combined with the wood grain trim, really gave the VIP a luxurious look. I have always loved the profile of a 4 door hardtop, especially on a beautiful day with the windows down. This VIP is a time capsule. Unless someone with a true love for these cars and really deep pockets wants this, I can't see it going for more than $20K and that's a stretch. We drive these cars because we love them, not because they are high dollar collector pieces.

At that money, I'd expect EVERYTHING to be right on it, including things like date-coded hoses, plug wires, and the correct hose clamps, to name a few things. It IS pretty, especially for a green car; but I see $25K here.

Maybe there is weird history with this car...perhaps Janis Joplin or someone like that, got laid in the back seat? Been in a film no one has ever seen?

When I see an insane price on a car, I always think of some guy telling his wife that he will sell the car like she wants. This keeps the car in a "I tried to sell it" limbo where she is happy for a while and maybe she will get over it.

Of course, that's just a pet theory mostly, but have had friends do similar stuff.

Big_John said:
When I see an insane price on a car, I always think of some guy telling his wife that he will sell the car like she wants. This keeps the car in a "I tried to sell it" limbo where she is happy for a while and maybe she will get over it.

Of course, that's just a pet theory mostly, but have had friends do similar stuff.
Click to expand...

Happens all the time

@SportFury70
Thanks for the complement, to denote me an expert! I had seen this one about a week ago and meant to post it but forgot.

The guy is obviously not realistic on the price.
It is in truly fabulous condition, and not unrealistic to say it's one of the nicest in existence.
But the price certainly allows one to have their pick of ANY of the finest C-bodies in existence (4-speed cars, 440hp cars, GTs, etc).
So to garner that price for a 4-door - not gonna happen.

Yeah, funny, huh? I think somebody got some idea that if they measured fuel consumed they could equate that to HP produced. They apparently overlooked a bunch of efficiency factors - BSFC, fuel density and temperature, etc. While you can measure volume of fuel consumed vs distance traveled to get MPG, getting HP is far more nebulous.

Big_John said:
When I see an insane price on a car, I always think of some guy telling his wife that he will sell the car like she wants. This keeps the car in a "I tried to sell it" limbo where she is happy for a while and maybe she will get over it.
Click to expand...

Yes, sometimes this happens. But I think in this case, considering the fuel-flow 400hp nonsense, that the seller might be high on his own supply.


Here is the closest comparable car I could find. Is from 2014, and we can see where bidding stopped. It is also from a famous FL broker/flipper, FWIW. (it was relisted about 20 times and I did not dig thru all of them to find the highest bid, we'll just use this one) 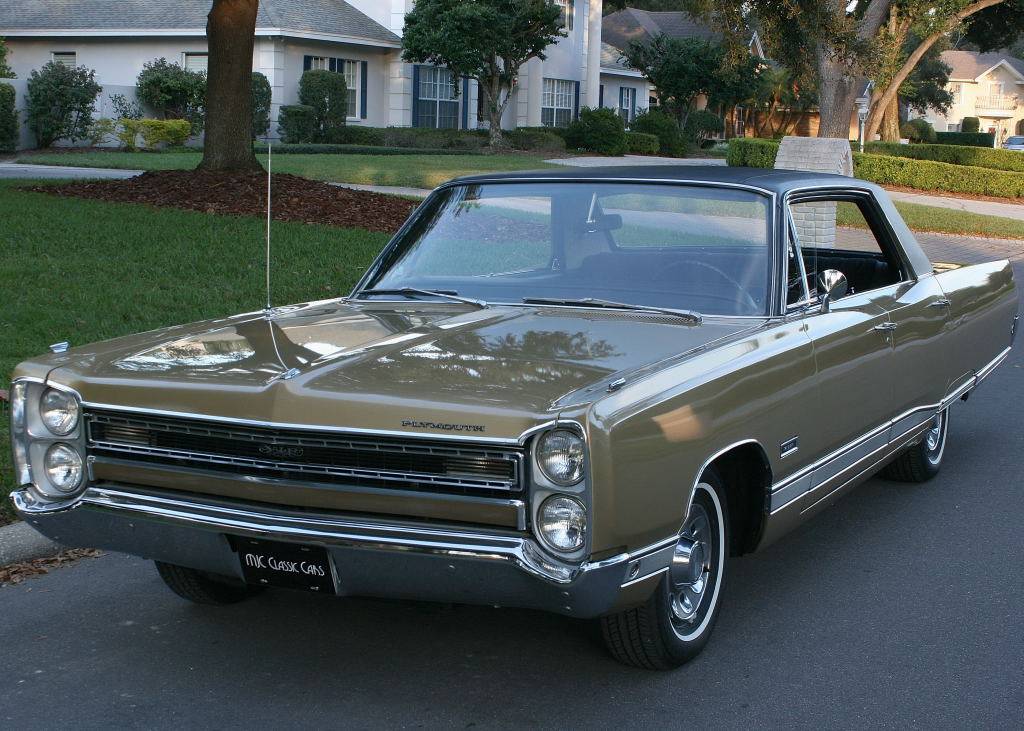 Was leafing through the latest Hemmings & noted an auction result for a 1970 Caprice 4-door hardtop that went for $30k. It had 3000 miles but (IMHO) was less attractive than this Fury and apparently had a mere 350-2V motor. Maybe apples & oranges but 4-doors can bring some decent money under unusual circumstances.

To say you could have any C in existence for $55k might be a stretch. If this were a cop car sedan with L-code / similar miles & condition I would think it might be worth considerably more. That being said I went totally OCD on my Fury resto (L-code rag) & have had only one offer in the 25+ years I've owned it. Guy at a car show offered $10k & when I passed he got in my face & told me that's all it's worth. He finally offered to throw in a non-running 30 year-old Goldwing he had in his backyard as a bonus but I held out.

PH27L7 said:
To say you could have any C in existence for $55k might be a stretch. If this were a cop car sedan with L-code / similar miles & condition I would think it might be worth considerably more.
Click to expand...

I understand/agree with your point. I wasn't thinking of someone that restores a V-code would then be willing to sell it for $55k.

Perhaps this - have we seen a documented sale of a C-body that was over $55K?
Or - what *is* the highest known/legitimate sale price of a C-body in the last few years? (perhaps high-bid on ebay could be considered true data in such a case)

The problem with figuring an upper price on a really nice C is that the very rare & desirable types in #1 or 2 condition virtually never come up for sale. The best you can do is find a #3 driver with most being in 4 or 5 condition. It costs a lot of $ & time to bring a 3 to a 2 & a lot more yet for #1. I would expect a #1 or 2 V-code with desirable colors & matching #s to sell for $100k or more if it were to ever come up. Of course none of this is really relevant to an exceptionally nice 4-door hardtop.