Nothing on my home screen on my computer, nothing on my news feed on my phone. Today is the 80th anniversary of Pearl Harbor and no mention of it anywhere! WTF?

I heard about it on NPR. Also, somewhere else I read about the US having an exercise where a general attacked with his carriers and planes, that the Japanese used as a blueprint, a decade after the exercise.

azblackhemi said:
Nothing on my home screen on my computer, nothing on my news feed on my phone. Today is the 80th anniversary of Pearl Harbor and no mention of it anywhere! WTF?
Click to expand...

Not in my Navy.

70bigblockdodge said:
Not in my Navy.
Click to expand...

Here's the bit I saw over on FABO.


Since 1923, the U.S. Navy had conducted large-scale naval exercises, termed "Fleet Problems," during which U.S. Naval forces would engage in mock battles with a purported European or Asian attacker. Fleet Problem Number 13 was a mock attack by a "militaristic, Asian, island nation against the military base at Pearl Harbor." The exercise was designed to test Pearl's defenses and assess its vulnerability to an attack.

The attacking force was under the command of Rear Admiral Harry Yarnell. The admiral was a qualified naval aviator, one of the few admirals to have earned his aviator wings at a time when battleship command was still the path to promotions. In 1927, he took command of the aircraft carrier Saratoga and was instrumental in developing carrier tactics. At the time, carriers were classified as "fleet scouting elements." They were not valued as capital ships and were considered expendable.

Yarnell maintained that Japan "had always started operations by attacking before a declaration of war." Accordingly, he designed an attack plan that utilized carrier aviation to launch a surprise attack on Pearl Harbor. Pearl's defenders had anticipated that Yarnell would attack with his battleships. Instead, he left his battleships behind and advanced with the carriers Saratoga and Lexington to a point north-northeast of Hawaii. At dawn, on Sunday February 7, 1932, Yarnell launched his attack with a force of 152 planes from the two carriers. His attack force first attacked the airfields and then proceeded to attack the ships along battleship row.

Yarnell achieved total surprise. The airfields were put out of commission, with not a single plane getting airborne during the attack. The attacking force scored multiple hits, they dropped sacks of white flour to simulate bombs, on the battleships. The umpires declared that Yarnell's attack had been a complete success and declared him the winner. The Army and Navy brass, however, would have none of it. They complained that Yarnell had cheated. He had attacked at dawn on a Sunday morning, a time considered "inappropriate" for an attack. His attack vector from the north-northeast had mimicked planes arriving from the mainland. Most importantly, the Navy argued, low level precision bombing of battleships at anchor was unrealistic since "everyone knew that Asians lacked sufficient hand-eye coordination to engage in that kind of precision bombing."

Pressured by the War Department, the umpires reversed their decision and declared that the defenders had won the exercise. The Navy and its "battleship admirals" ignored Yarnell's contention that Pearl Harbor was vulnerable to an attack by naval air power. The exercise was widely reported in the press and was observed by Japanese naval officers at the Japanese consulate on Oahu. Some 10 years later, the Japanese Navy would launch an almost carbon copy attack on Pearl Harbor, utilizing six carriers and double the air power used by Yarnell.

The only significant innovation employed by the Japanese Navy was the use of air-launched torpedoes against the ships in Pearl lagoon. A year earlier, the Royal Navy had used slow Swordfish torpedo planes to attack the Italian fleet at its base in Taranto. The success of that attack was not lost on Tokyo. The U.S. Navy had dismissed its relevance to Pearl because Taranto's harbor was around 75-feet deep, almost double the depth of Pearl Harbor, and it did not believe that air launched torpedoes would work in shallow waters. The Japanese Navy solved that problem by modifying their torpedoes to give them a flatter glide path.

The definitive story of the attack on Pearl Harbor has not yet been written. Pearl still has secrets to disclose. What is not a secret, however, is the fact that the Japanese attack plan against Pearl Harbor had been designed a decade earlier by an American admiral
Last edited: Dec 7, 2021

LocuMob said:
They complained that Yarnell had cheated. He had attacked at dawn on a Sunday morning, a time considered "inappropriate" for an attack. His attack vector from the north-northeast had mimicked planes arriving from the mainland. Most importantly, the Navy argued, low level precision bombing of battleships at anchor was unrealistic since "everyone knew that Asians lacked sufficient hand-eye coordination to engage in that kind of precision bombing
Click to expand...

That is some real ignorance/arrogance.
He ended up with a ship named after him. So he must have gotten some recognition sometime later.
https://www.google.com/url?sa=t&sou...cQFnoECFkQAQ&usg=AOvVaw2nz6uEL_kWsuv3tnXMXZuf

I remember every time I look at the cars around me in the parking lots and on the roads.

Off course not. When you are restoring a WWII aircraft carrier no one on board tends to forget that and besides we have a 93 year old Chief to refresh those who might which is never.

tbm3fan said:
we have a 93 year old Chief
Click to expand...

He's got some stories to tell! 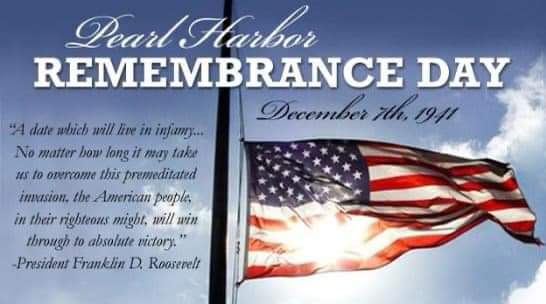 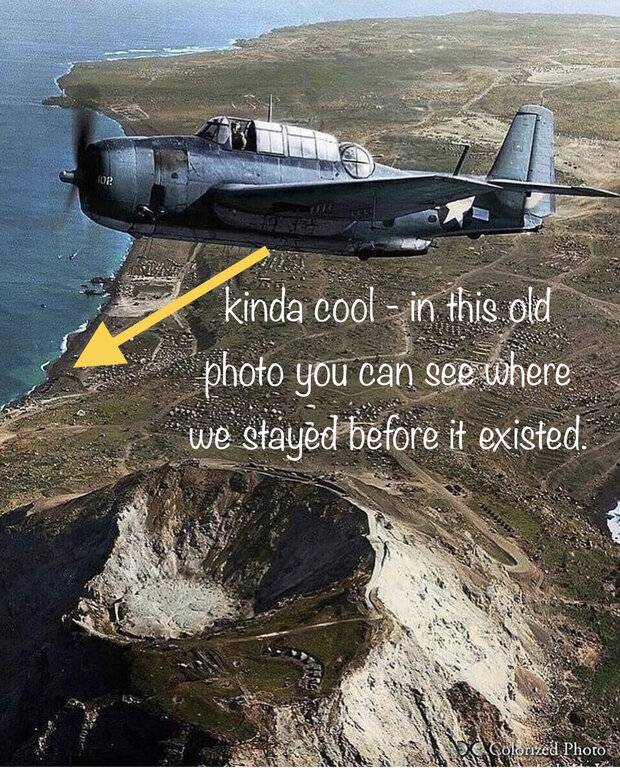 Took a long time to get over there but it’s scratched off my bucket list. 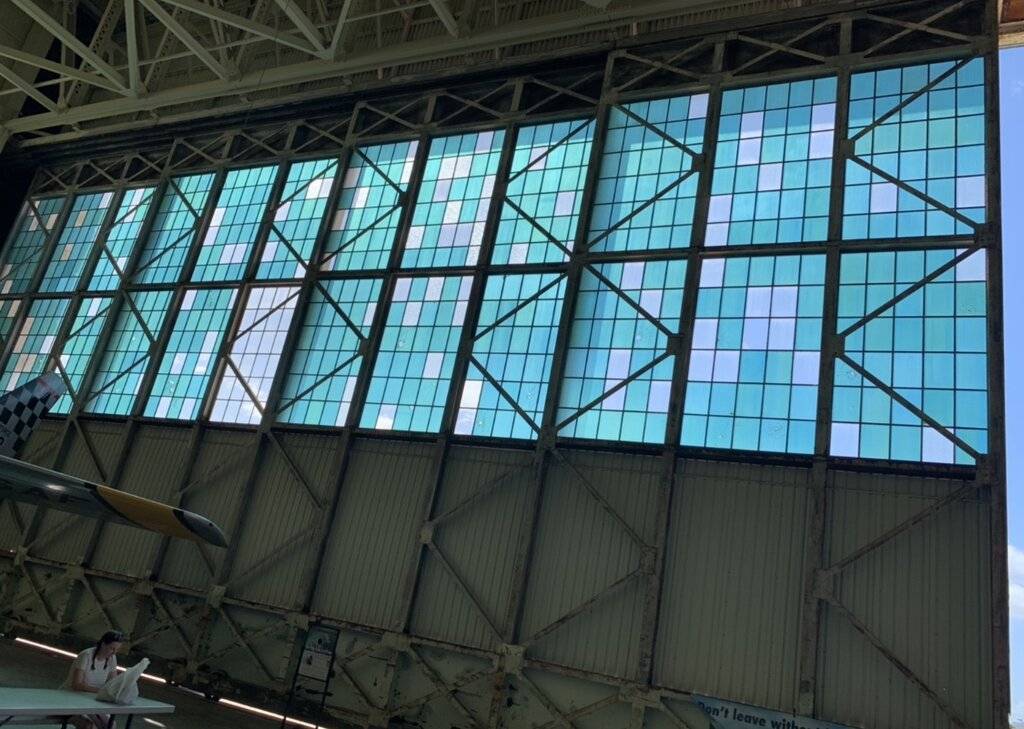 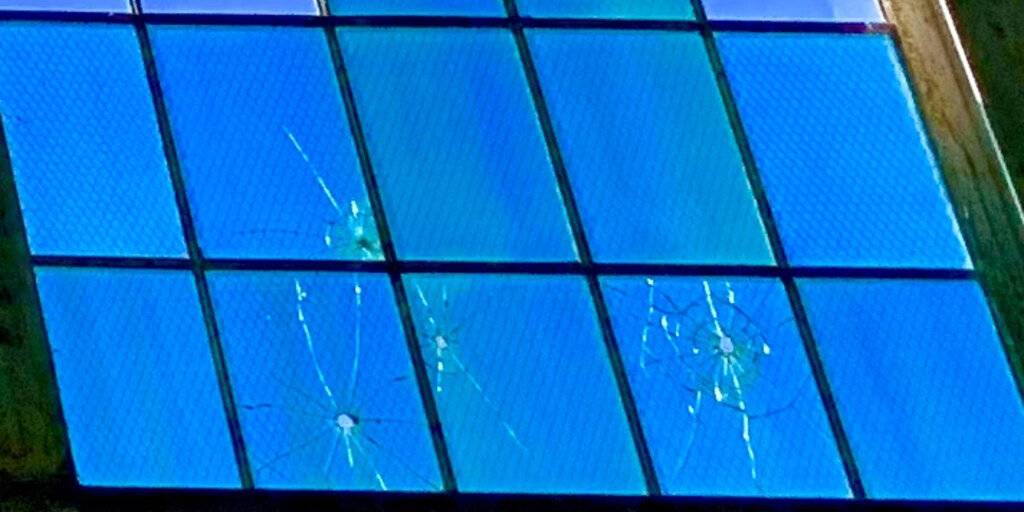 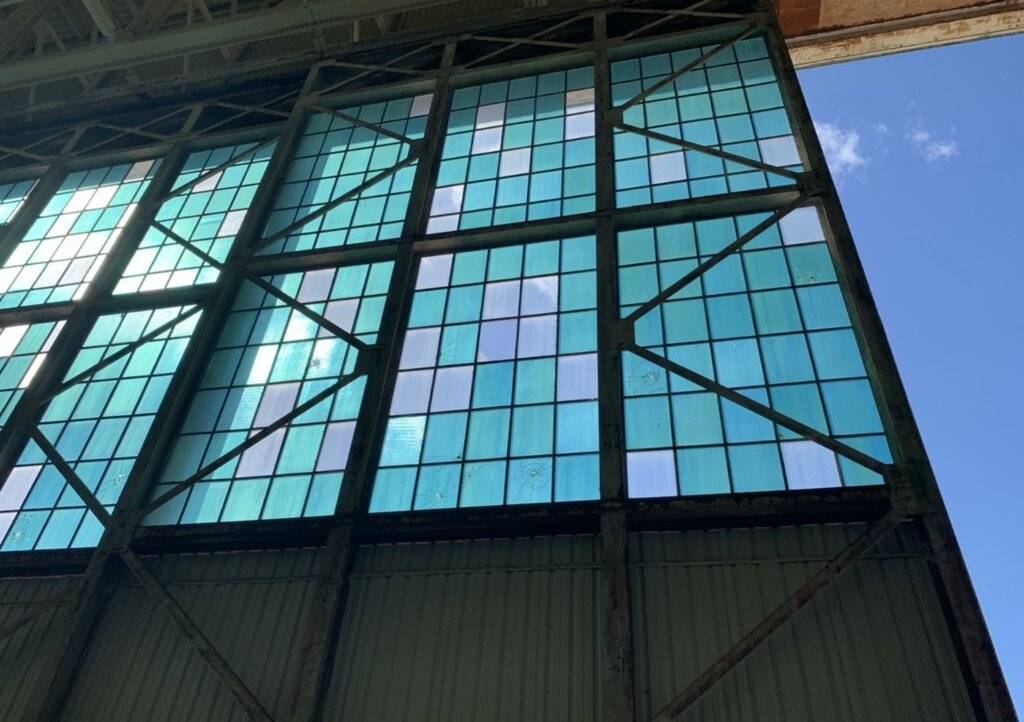 One thing that stuck with me was never repairing the glass. It’s a little thing that made a big impression. 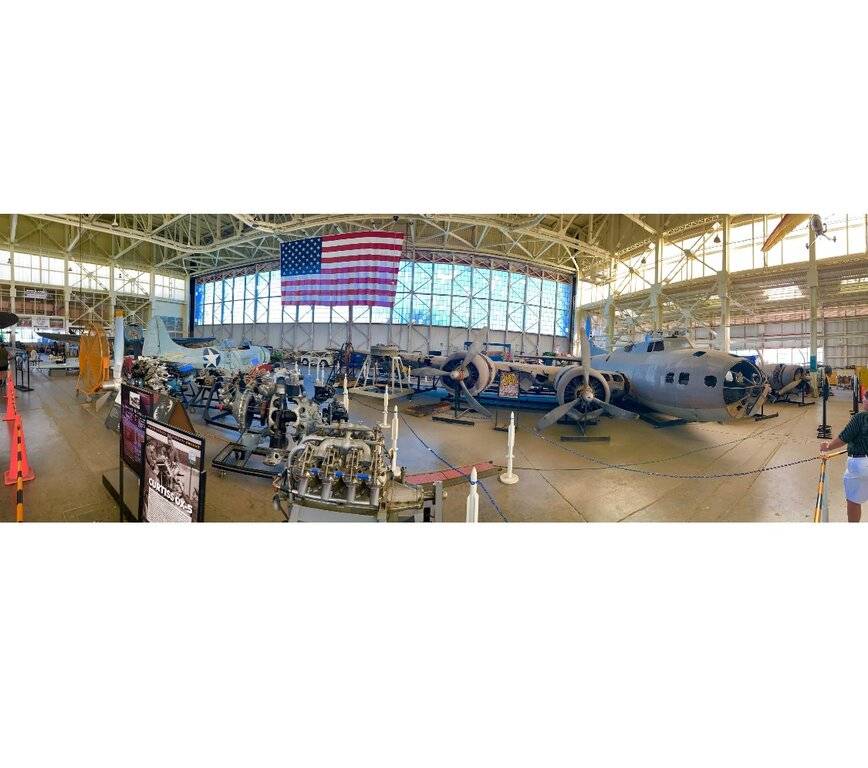 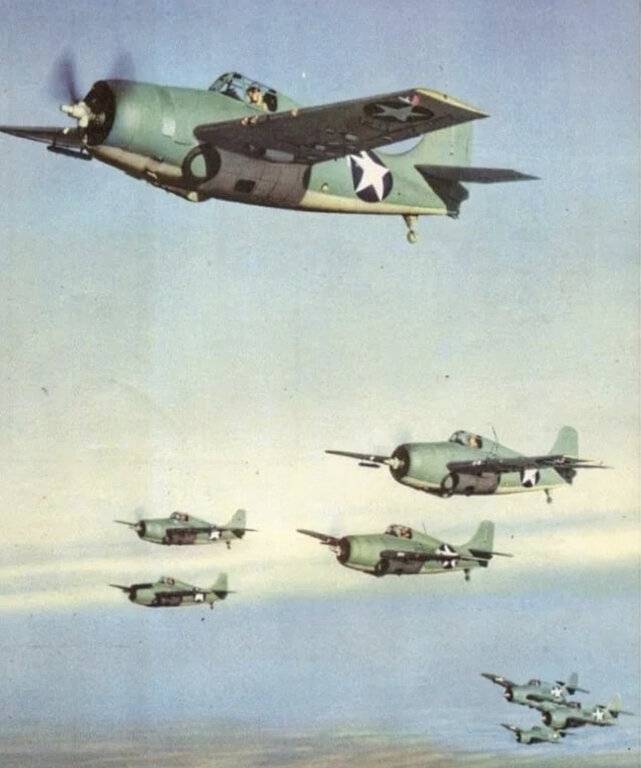 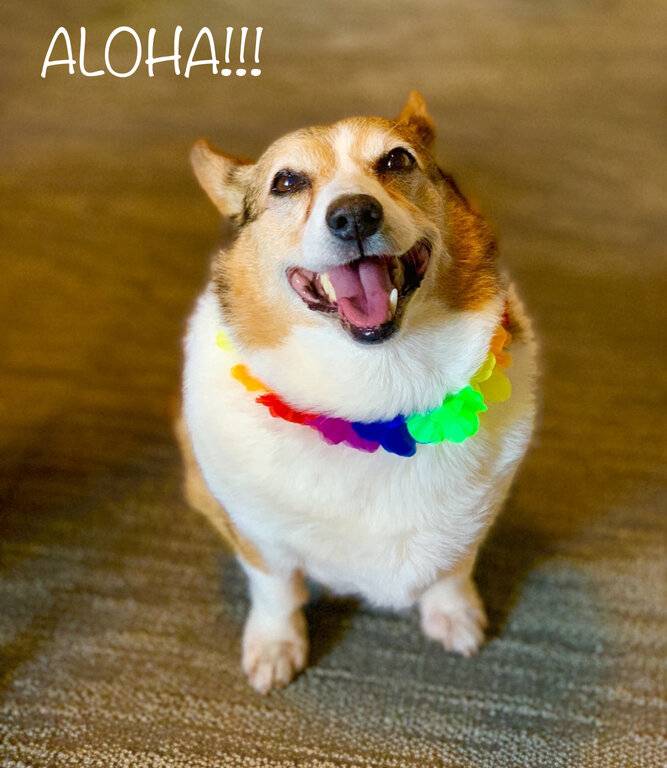 Both my grandfathers served at Pearl Harbor. One navy, one army. Each stationed for the clean up….then on pacific tour….something they never spoke of. One of them had a scrapbook of news clippings and photos. Still had his long rifle. My uncles said that it was so that we never forget what happened…. that history repeats itself….so to be thankful for what we DO have, as it can just as easily change again. Sadly, 911 was the modern day version of Pearl Harbor. Never Forget.

Stolen from the net. 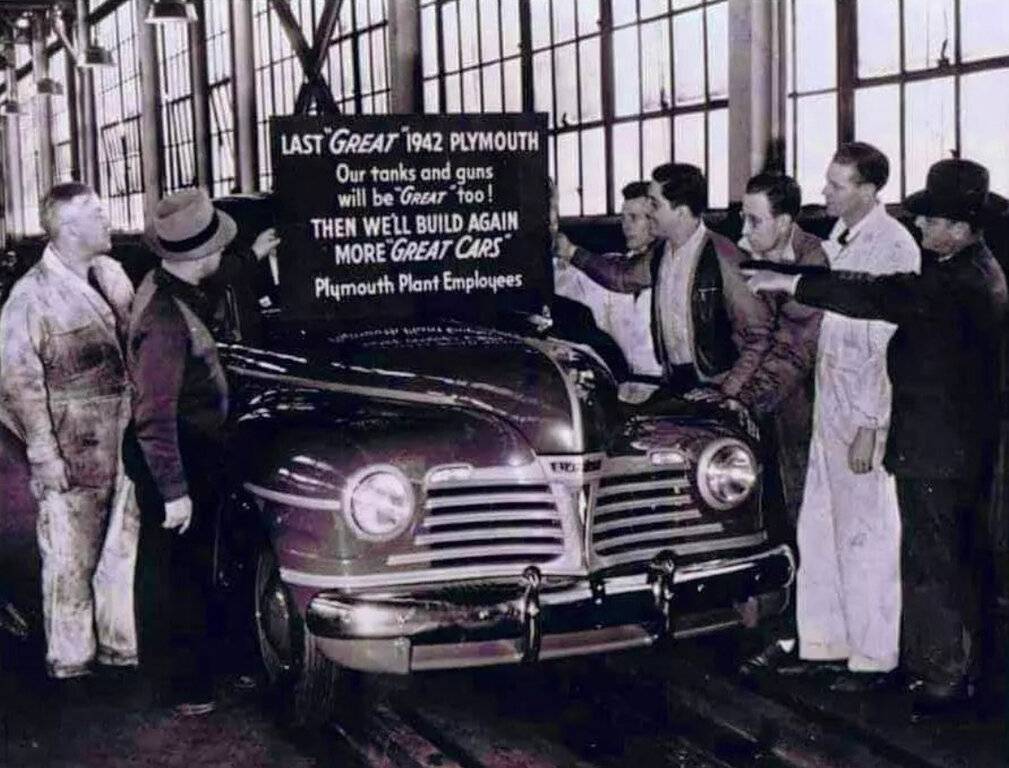 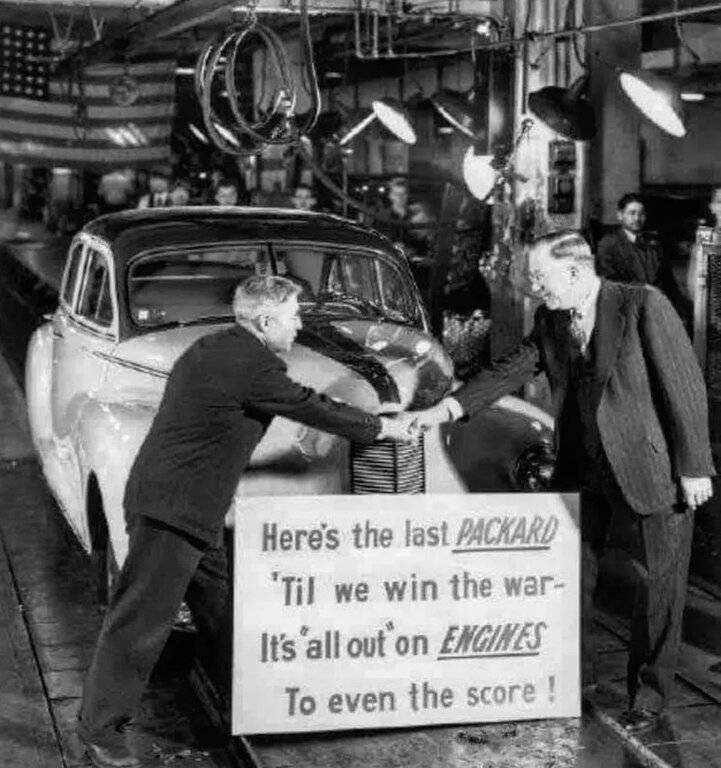 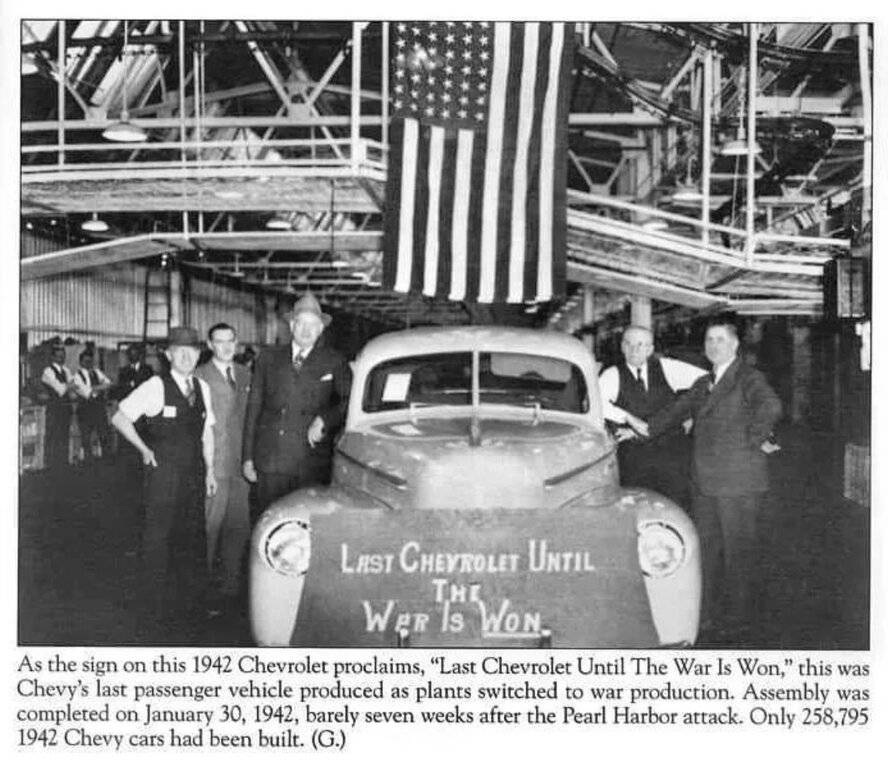 LocuMob said:
He's got some stories to tell!
Click to expand...

He does but he came of Navy age right at the end of the war. Actually there are a fair number with stories from Korea to Vietnam on board the ship as docents. I've been around far, far longer than them and apparently they have felt comfortable enough to tell me about them.

Allan, below, flew just over 200 combat missions over Vietnam along with 300 carrier landings. Have gotten to know him over the last several years since I now go down every Saturday to do my work in the Island. He likes to drive his black 5 speed Porsche 968. He actually does physical restoration on Tuesdays where the ship interfaces with planes.

In this one there are three vets and I know the first and third well enough that I know what their stories are that they don't share with others unless in a similar situation. Willie was shot down while flying an F-8 Crusader in 67. The details of how he escaped are what some of his flashbacks center on. I don't see him as much since he had his right leg from the knee down replace with a titanium leg. Several months ago he showed off the leg to me and all it can do. The third fellow, John, I have known about 10 years now and he flew Huey's and Cobra's while getting shot down two times which he mentions. There is much he leaves out. John has a 64 Galaxie and 57 F-100. These are some of the fellows I spend every Saturday with over two decades.

Some good video and pictures in his video.
You must log in or register to reply here.

Upholsterer has my seat - unresponsive