Born and raised on Bowties, my love of the biggie Chryslers goes back to about 2000 when a buddy of mine let me drive his 67 Monaco 500. It was a bit of a trash can, having spent the latter half of its dutiful life as a farm vehicle .. the trunk floor was the top of the gas tank, y’all know the bit. It was a faded maroon with white top and white and black interior.

I remember climbing in just to go a few blocks to the grocery store. As soon as I fired it off, the body twitched with the torque of the motor (which wasn’t much being that it was a Canadian 318 car .. a very tired one at that). As i drove I noted those big lines in the hood acting almost as a sight on a very sluggish long gun, the fender mount indicator lights blinking slowly from a tired old solenoid. All four windows down, smokers vents full open, seemingly hundreds of feet of open air next to you (who needs a convertible?). That HUGE 3 spoke steering wheel!

Anyway, I was sold. After a very unfortunate situation involving the purchase of a 69 Sport Fury, the attempted swap of a 73 New Yorker subframe and 440 into said Fury and ultimately a busted steering coupling (at a stop … after bombing around crowded urban areas at stupid speeds), the same friend pointed out a 68 Monaco in a small garage in an alley that he’d been pining over for years. The car was too big for the garage and the bumper poked out just enough to see the ridiculously clean rear quarters.

I had to know more and went the very next day to knock on the door. The gent who answered informed me that he’d be willing to sell “for the right price” and offered to show me the car. 24,000 original miles, one shallow dent in the roof where a ladder had fallen on it, shifted belts in the cheapo radials and other than that, pristine.

I left, not feeling confident in what “for the right price” meant but the car dug at me for the following week. I went back and simply said “what is ‘the right price’?” He sort of sheepishly said “I couldn’t take less than 3000.00.” To which I replied with a controlled handshake “I’ll be back in two hours.” Done Deal.

I drove it back to where I had been storing the Fury and swapped out the wheels and tires and drove the car daily for the next year, adding dual Flowmasters, a 650CFM Edelbrock carb and performer intake, four 80’s service rally rims and dog dish caps.
Over my time with the car, I swapped the front brakes to disks donated by a 1970 300, built a stout 440 pushing around 600 hp and 650 ft./lbs. through a reverse manual valve body 727 to 2.76 sure grip. Respectable 1/4 mile times for a biggie but still the ultimate rumbly cruiser.

In the end, I drove the car from Vancouver, B.C. to Montreal, QC without incident … well, until I was right outside Montreal and I failed to keep tabs on the temp gauge, blowing a wrist pin. Upon fixing that lil issue, the fuseable link popped and I had it towed to a shop where they, unbeknownst to me, cancelled the link altogether .. Then, driving her down to the states, the issue that popped the link in the first place resurfaced burning the entire wiring harness up leaving me stranded in nowheresville New York State. She was flat bedded back to a shop in Connecticut where they (ahem) fudged in a used harness that was WAY to short to properly fit the car, gashed up the otherwise perfect dashboard and screwed up two of the gauges.

After that, the car was placed in the hands of another shop (not by me) who added a vacuum can to assist in perceived braking problems, retarded the timing and jetted down the carb until the car was a gutless turd … Anyway, once I returned to drive the car again, it was clearly not the car I had lovingly worked on for so many years and that, living in a city with no way of properly storing the car, I’d never get around to refining it. I sold the car to a local man who apparently had a large collection of C Bodies.

My parents, who lived in the same area as the guy I sold it to reported seeing the car now and again in the first few years after it sold but then, it was just gone. I’ve attempted to contact the buyers family who I believe still live in the same place but to no avail. If any of you all ever run against it, let me know. I’d love to simply know what became of it. Conversely, I'd love to get a new boat...67 or 68 Monaco/polara or 300... Actually, I'm pretty open that way!

Anyway, thats my sob story! I miss knowing that, if need be, I can sleep in the back seat for days on end.

Glad to see everyone loving up on these sweet rides! 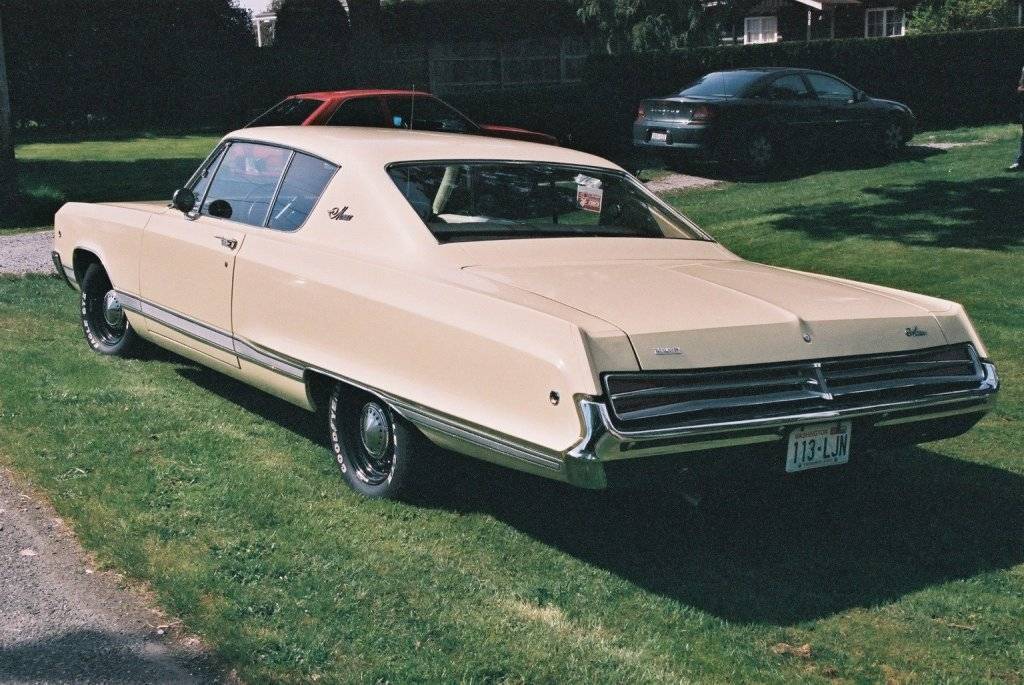 Young man with a cowboy hat

Welcome to the site from the Motor City! Bummer about the car but nice intro anyways, you should fit right in.

Sad but interesting story. Welcome to the forum!

Welcome nice intro, good luck in your c-body search. You are in the right place to sleep find it and keep it running.

Welcome to the site

. Did you spend some time in the Great White North or just like driving across this fine land of ours?

. Did you spend some time in the Great White North or just like driving across this fine land of ours?
Click to expand...

I lived up there for 10 years or so! First in Vancouver and then in Montreal.
It was a fantastic drive, I have to say!

GJS said:
I lived up there for 10 years or so! First in Vancouver and then in Montreal.
It was a fantastic drive, I have to say!
Click to expand...

Here's a shot of me and my cat, Astoria blasting thru Ontario in 2004! 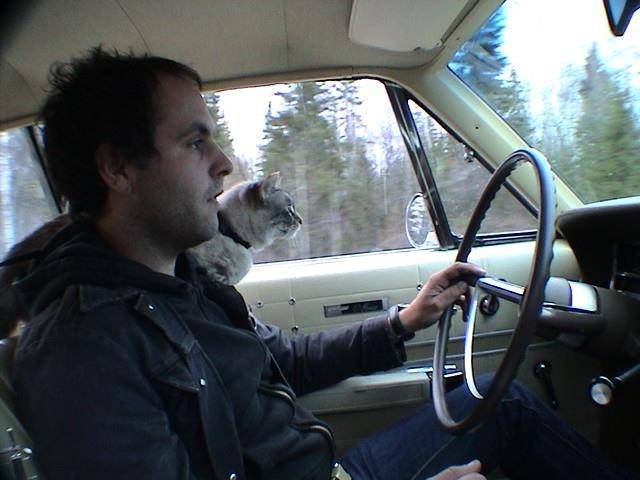 Welcome... my story is not much different from yours, only it involves a B-body. thing is, i'm a C-body kind of person...

Polara-Star said:
Welcome... my story is not much different from yours, only it involves a B-body. thing is, i'm a C-body kind of person...
Click to expand...

Me too.. More generally a Chrysler guy, specifically C Body. Got hooked, what cha gonna do?
You must log in or register to reply here.

7
Grew up with Mopar

Glad to Have Found You!