My friend Mark is doing his '68 Dart right now, his first car that he still has 41 years later. He asked if I could do his LCA bushings for him......So I had some time at work and decided that it would be a good opportunity to share..

I can't take credit for this method, it's simply my adaption of how a few people over the years explained it to me.

First off, you will need the following tools or variants of them;

- Ball peen hammer (16-32 OZ depending on your preference)
- Small Die Grinder (3" cut off disc preferred, pneumatic or electric)
- Small chisel
- Welder or a buddy who can
- Press (I've used the weight of my truck and a bottle jack with some scraps of steel, but obviously, that's you're decision to make) I've used a 6 ton A frame before, used the 40 Ton at work, and now have a 12 Ton at home.
- Blade screwdriver

You will also need the following; 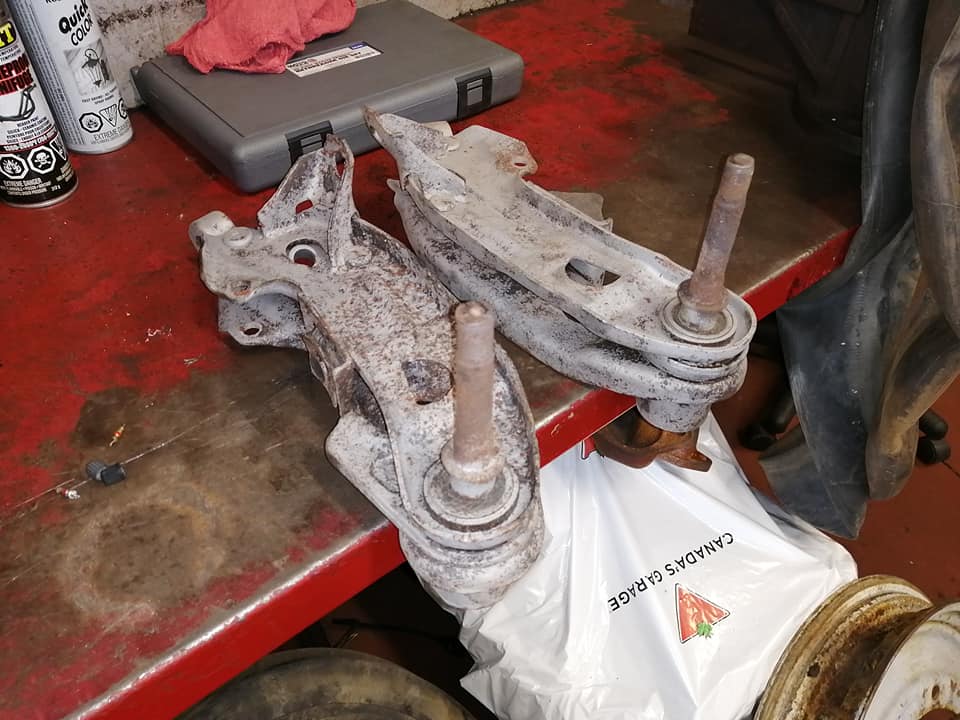 IMO LCA Bushings are one of the most overlooked and often ignored suspension components on Mopar's with torsion bar front ends, mostly due to the effort required to remove the torsion bars in order to remove the LCA's, however they play a pivotal role in the handling of the car, it's ride height, spring jounce and alignment. 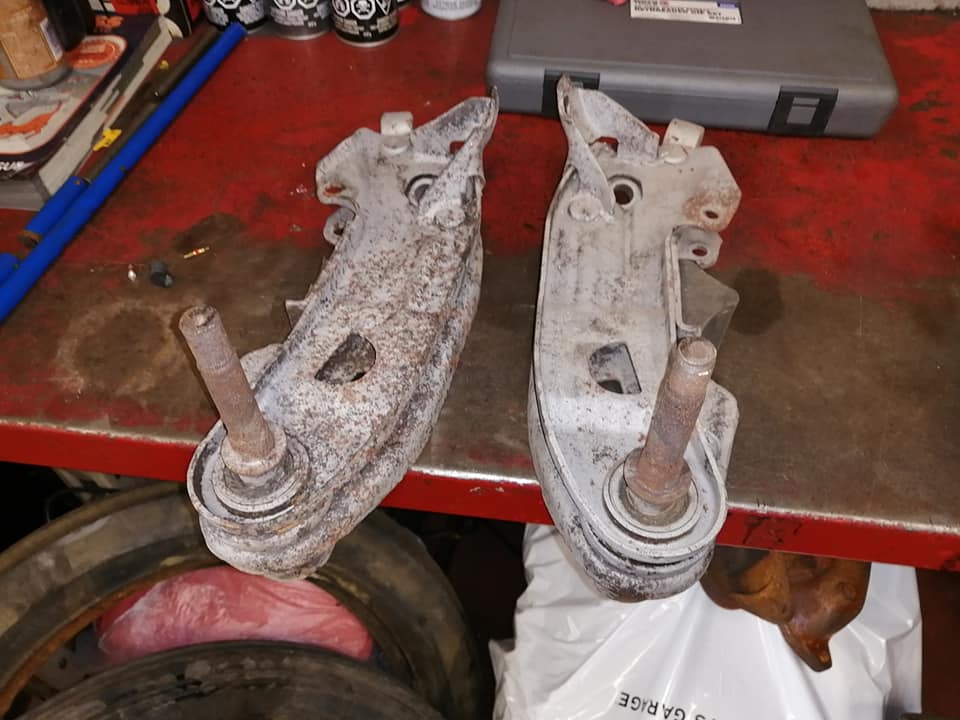 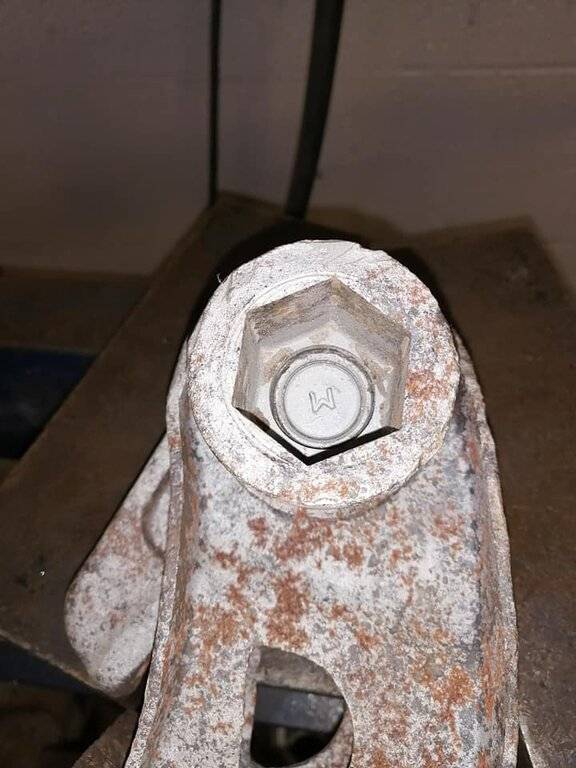 To push out the pivot pin, I like to use a piece of solid steel rod, you'll need the press now... This is a piece of 1/2" rod for reference.. 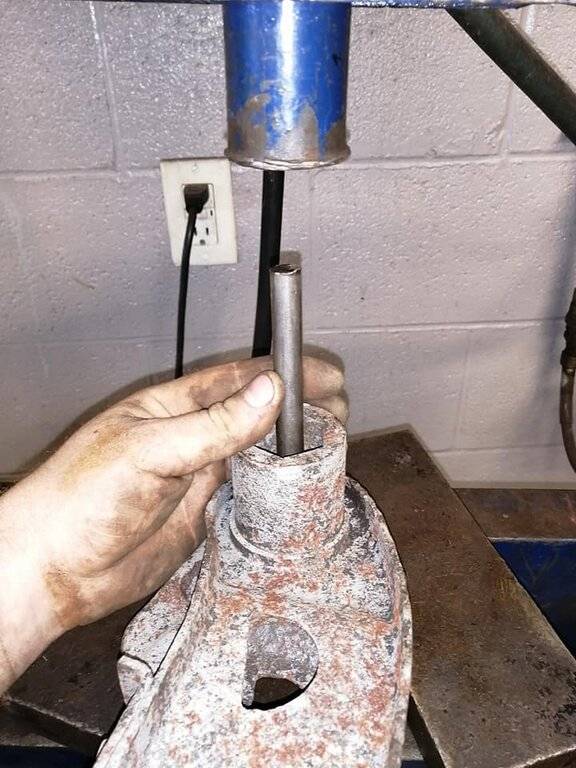 Here is our pivot pin after being pressed out of the bushing, you'll notice the inner bushing sleeve is still on the pivot pin, we'll deal with that in a bit... 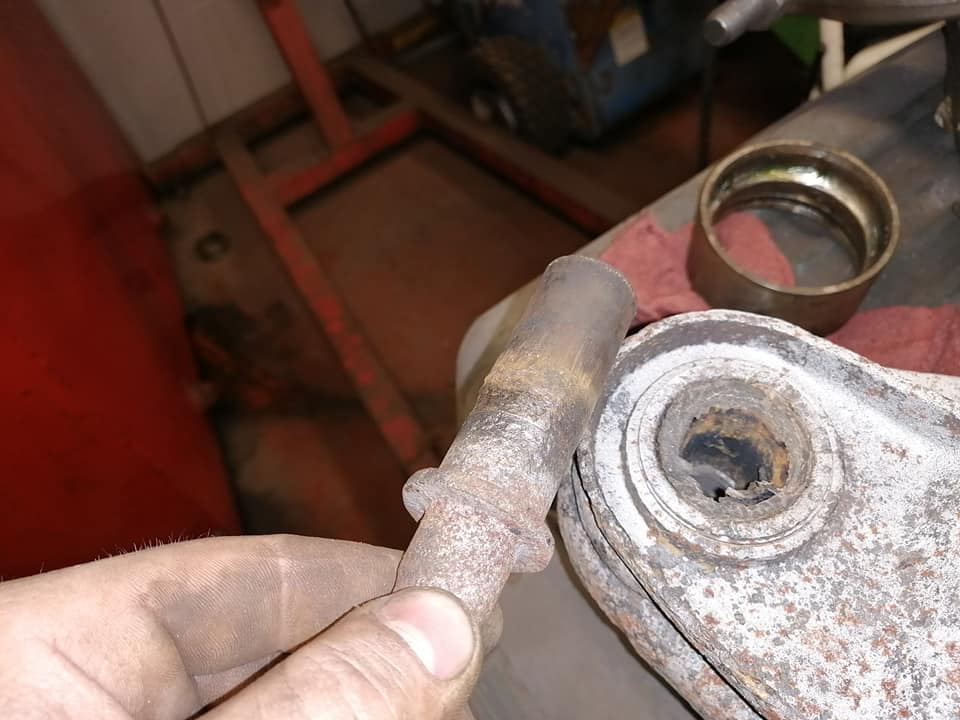 Another view of our pivot pin after removed from the bushing... 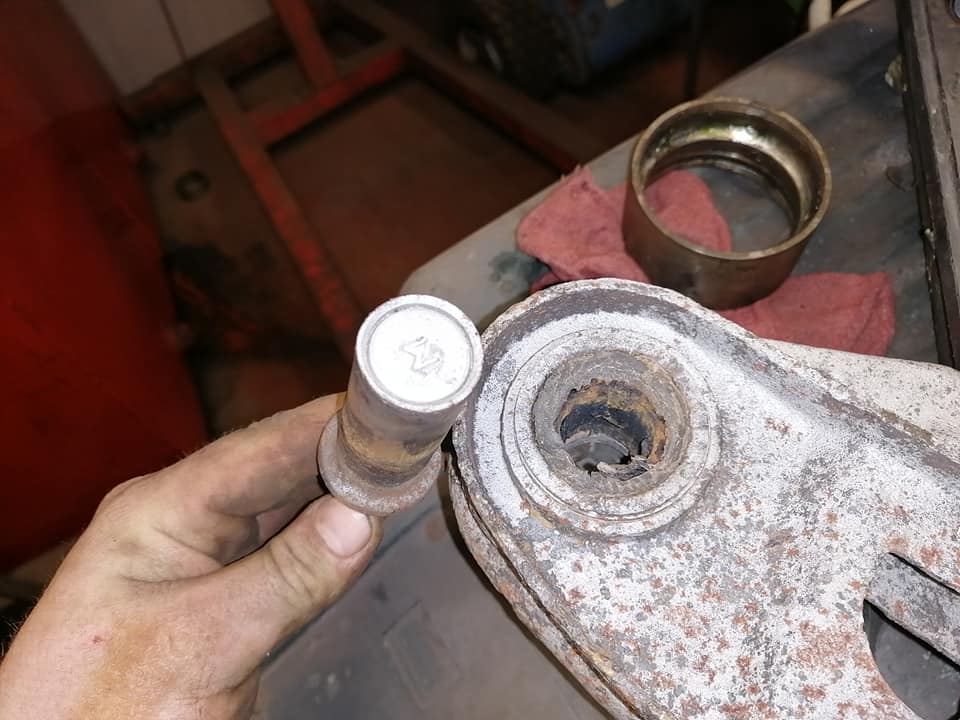 Now you'll need to remove the rubber from the bushing shell, I usually can put a screwdriver in down the edge and gently pry it up and out... 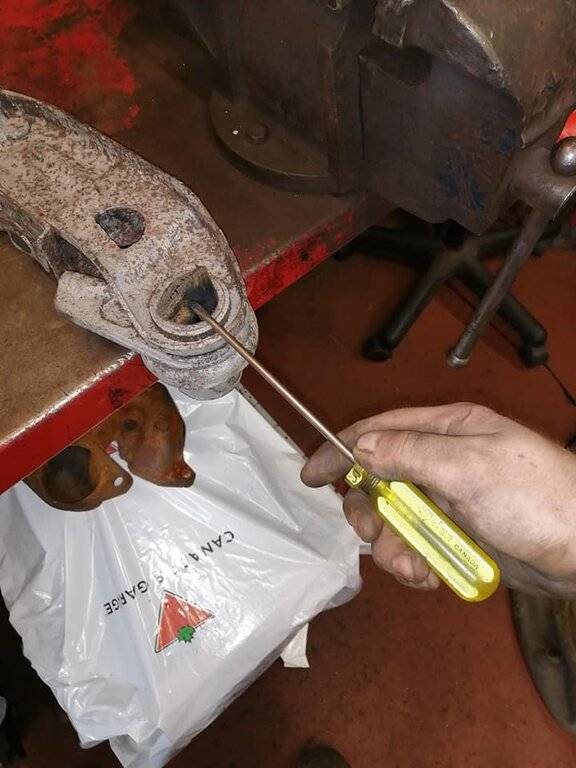 After the rubber bushing is removed we are left with the outer shell still pressed into the control arm... This will need to come out before a new bushing can be installed... 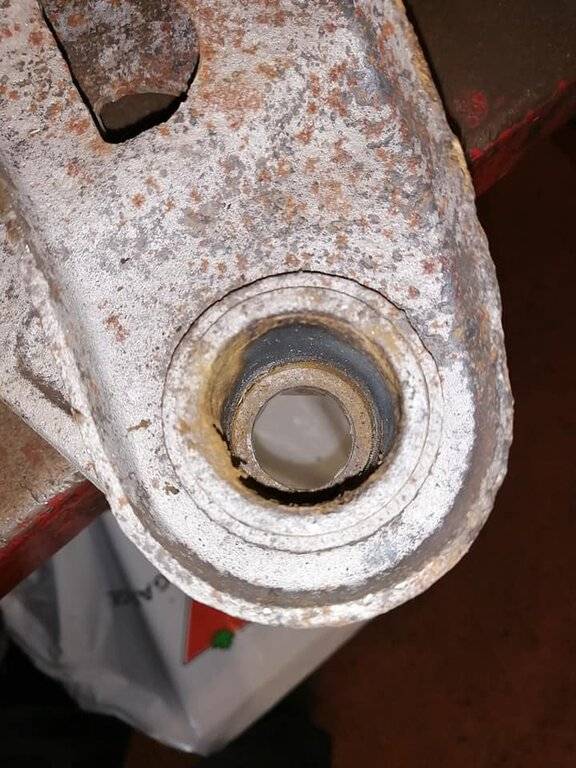 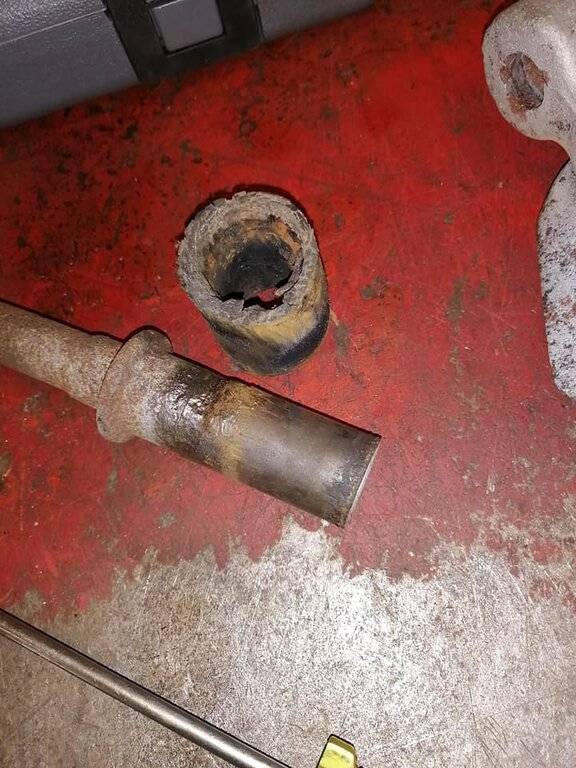 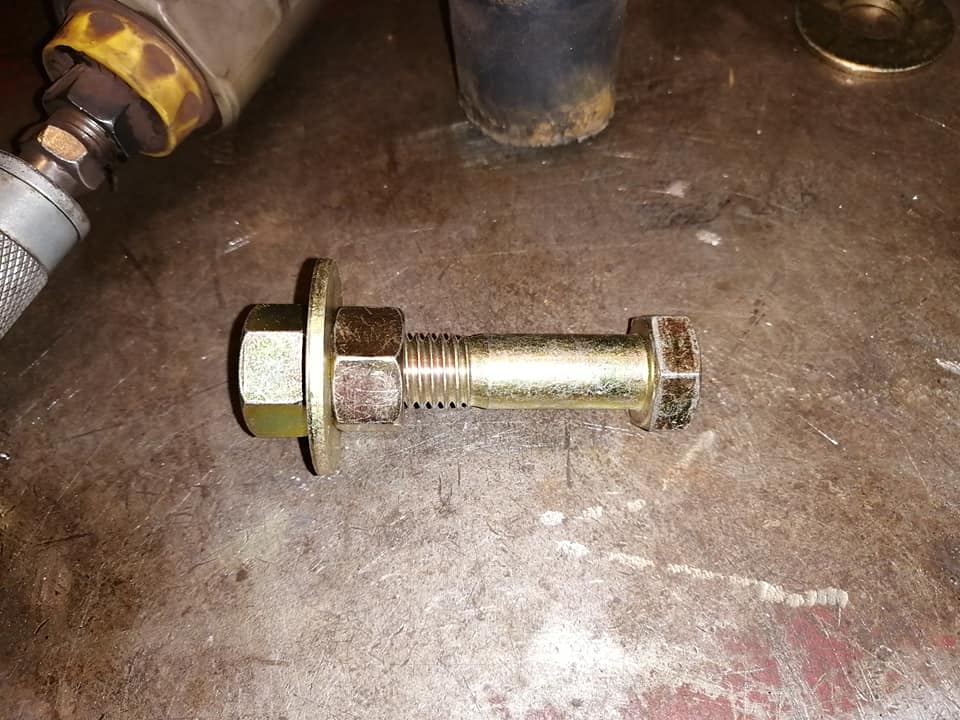 Drop the washer/nut assembly into the control arm bushing shell, I'd recommend grinding any coating off the outer edge first... 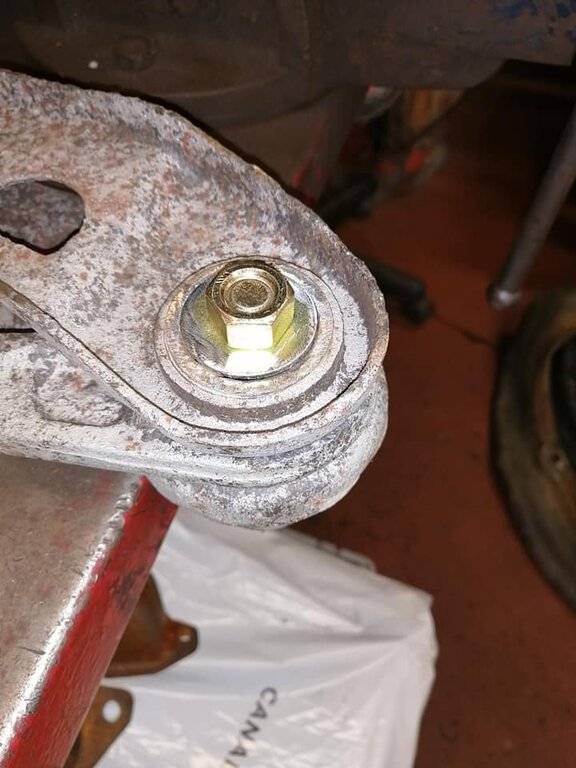 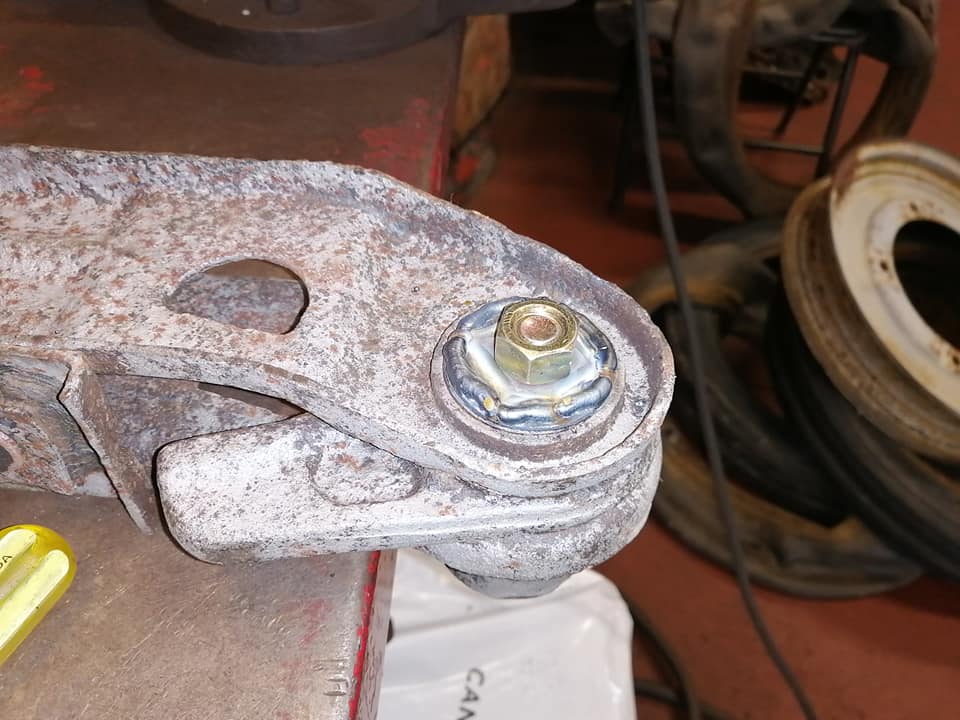 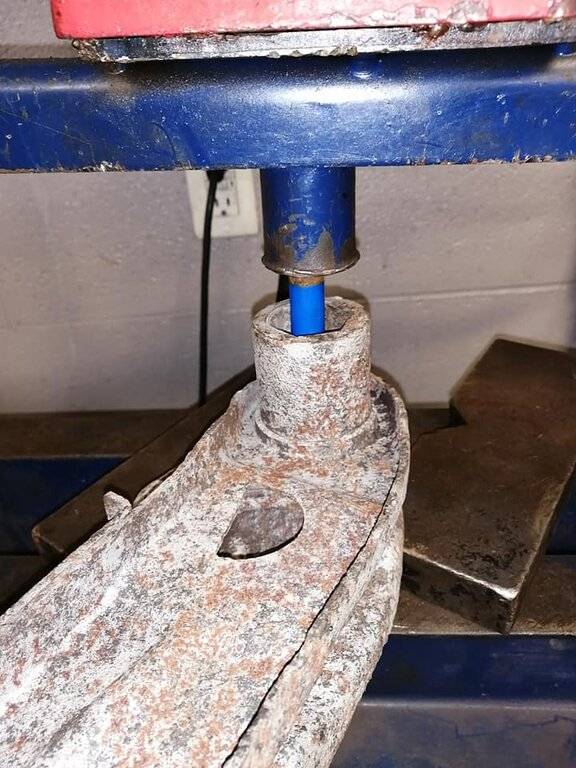 And with that, the remainder of our bushing is out of the arm, you can now reuse your bolt and nuts for the next arm.. 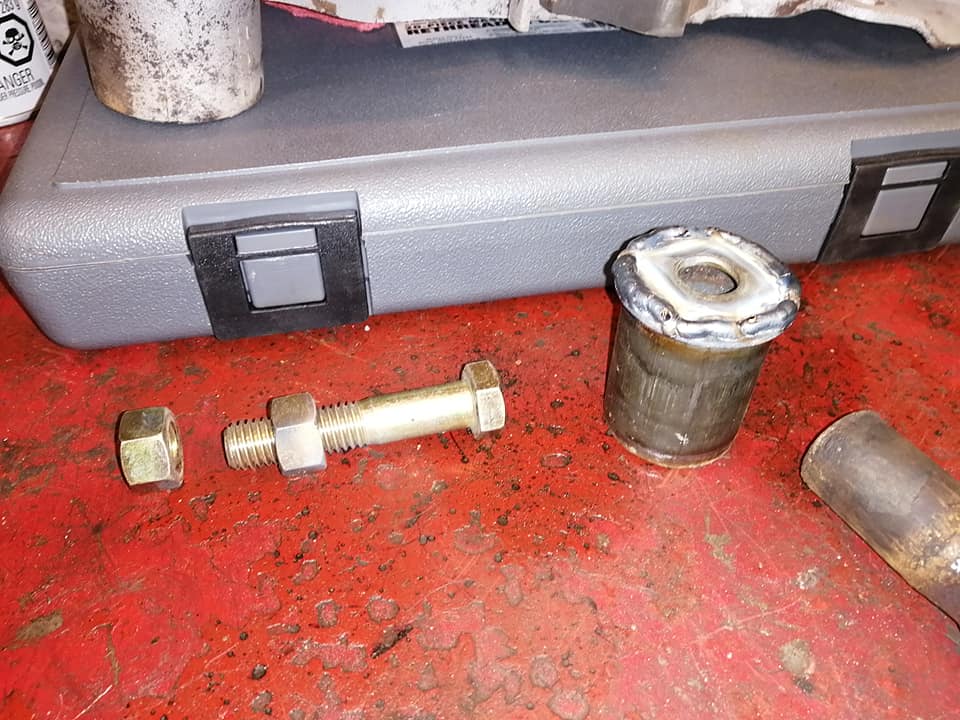 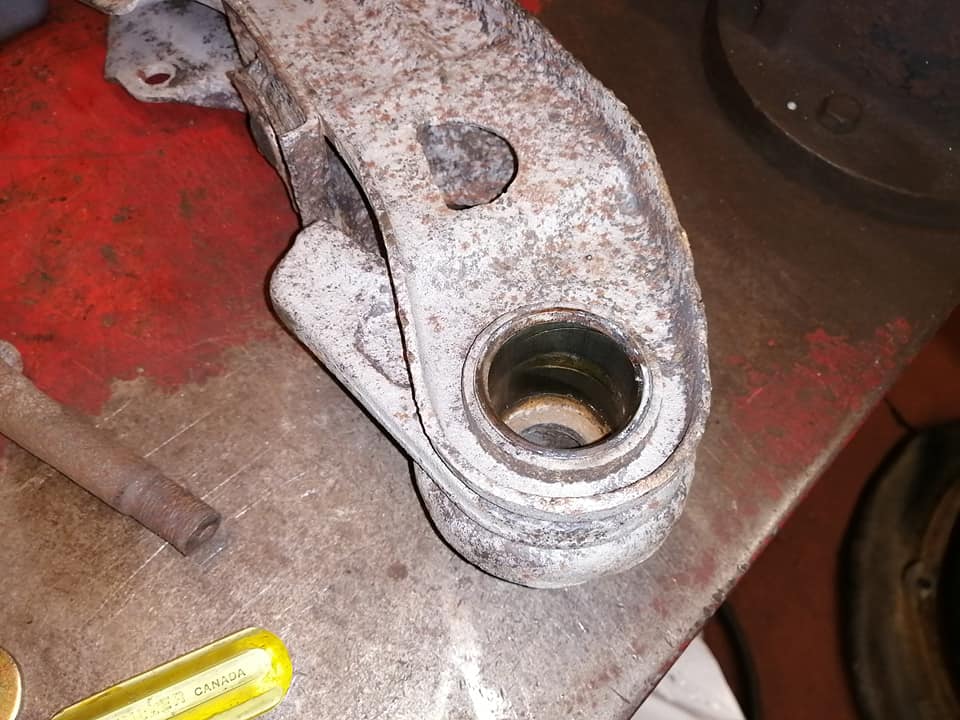 Now.... There's lots of ways you can do this.... Personally I like to take a small pneumatic die grinder with a worn 3" cutoff disc and gently cut it about half way through...

You DO NOT WANT TO GO THROUGH TO THE PIVOT Pin if you plan on reusing it... 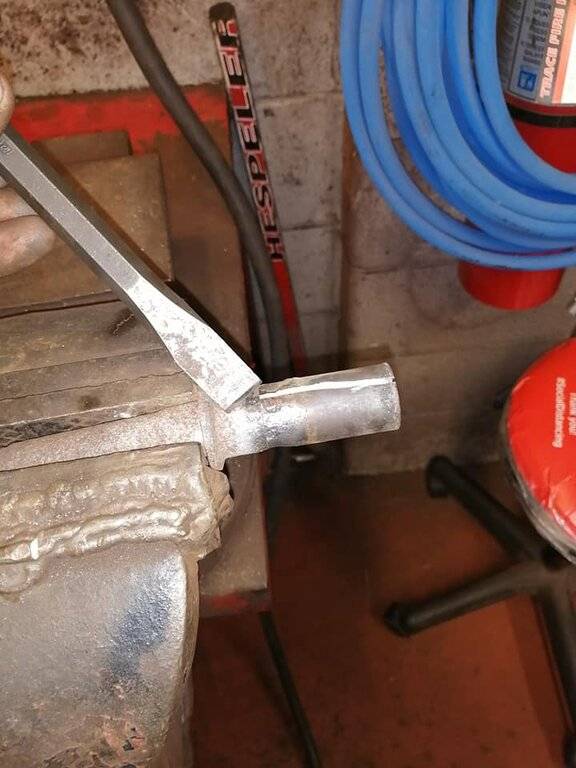 I'll now use a small fairly dull chisel to gently split the sleeve... 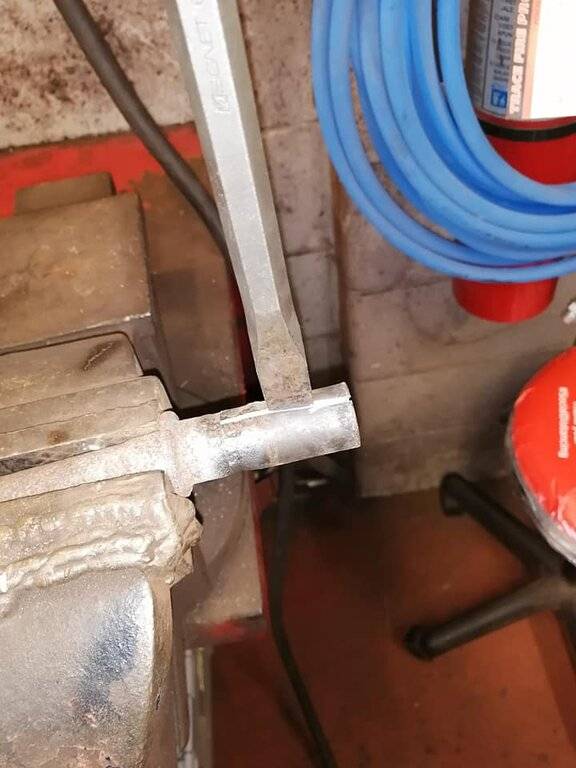 And with a few love taps it will split and we will be able to slide it off.... You'll notice that our pivot pin has no cuts or damage to it... 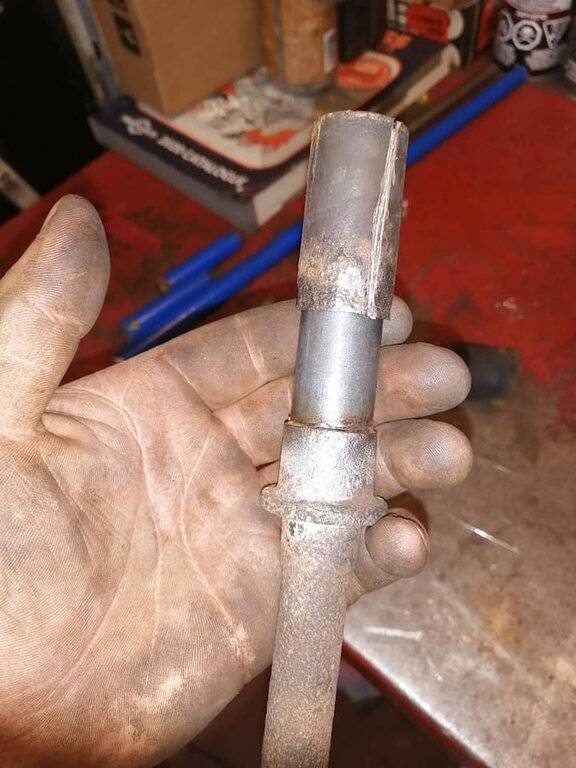 And that's all there is too removing the bushing and pivot pin....

At some point when I do a set for one of my C Bodies I'll show the process of installing the new bushings and reinstalling the pivot pin, however if you've been able to accomplish this step of the repair, I have complete confidence that you would have no problem with finishing the job... 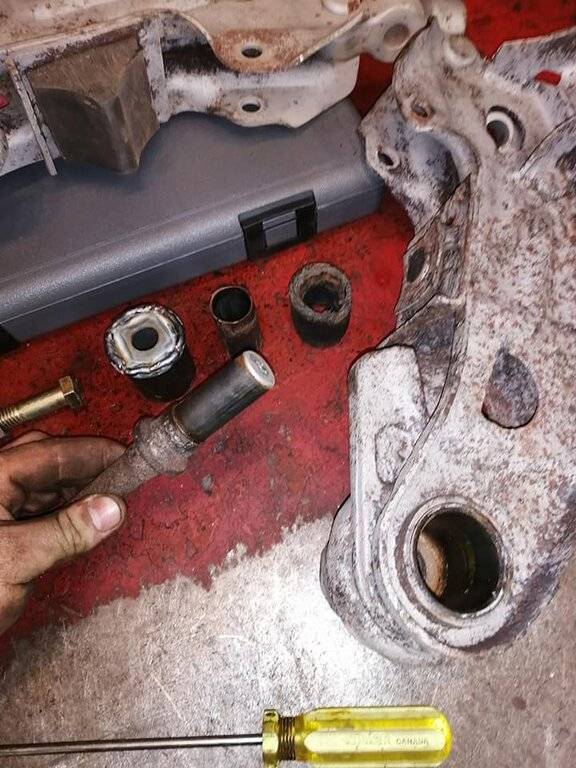 Well maybe I guess you are good for something after all...

71Polara383 said:
Well maybe I guess you are good for something after all...
Click to expand...

Not much, except drinking all your beer and welding up rust

Two changes or options if you will.
Drop a couple of big washers in the sleeve close to same diameter. Fold over the top lip edges with a air chisel or a regular chisel and hammer then drop a 1/2 in extension 6" long through the hex side and press on it and the sleeve will slide right out, and you get your washers back.
The sleeve on the pin I just smack it repeatedly with a hammer on the anvil side of a bench vise, rotating the pin around as you hit it. Causing the sleeve steel to stretch, and expand making it larger and letting go of the pin. No you will not hurt the pin, it is very hard steel and you are not John Henry.
Nick's ways work well, just adding options.
Last edited: Jul 27, 2020

'69FuryIIIConvertible said:
Not much, except drinking all your beer and welding up rust
Click to expand...

That's my boy.
You must log in or register to reply here.

Right tools for the job! Rebuilt my front upper and lower control arms.
2