Looking good! Still no skirts on the rear?

One thing at a time. Note that the center caps are missing too. The seats will be redone this summer, and then all the removable parts will get back on and road-testing starts!
J

Didn’t catch that in the photo (that what happens when you only have a phone looking at pictures). Nonetheless, car is really a nice looking ride, I would bet the road testing will be a blast. Buttercup looks to be a real highway cruiser. An amazingly sleek looking car for such a large vehicle.

The top is on! 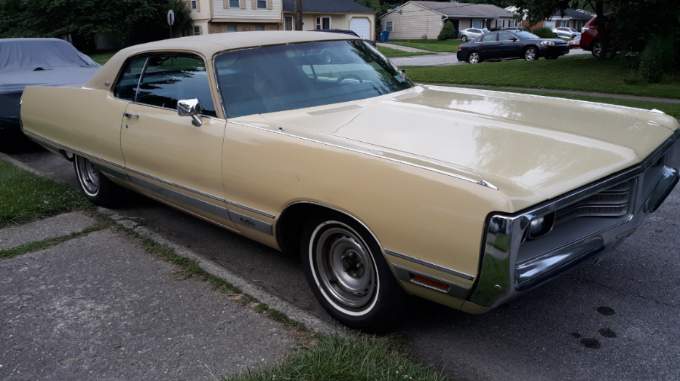 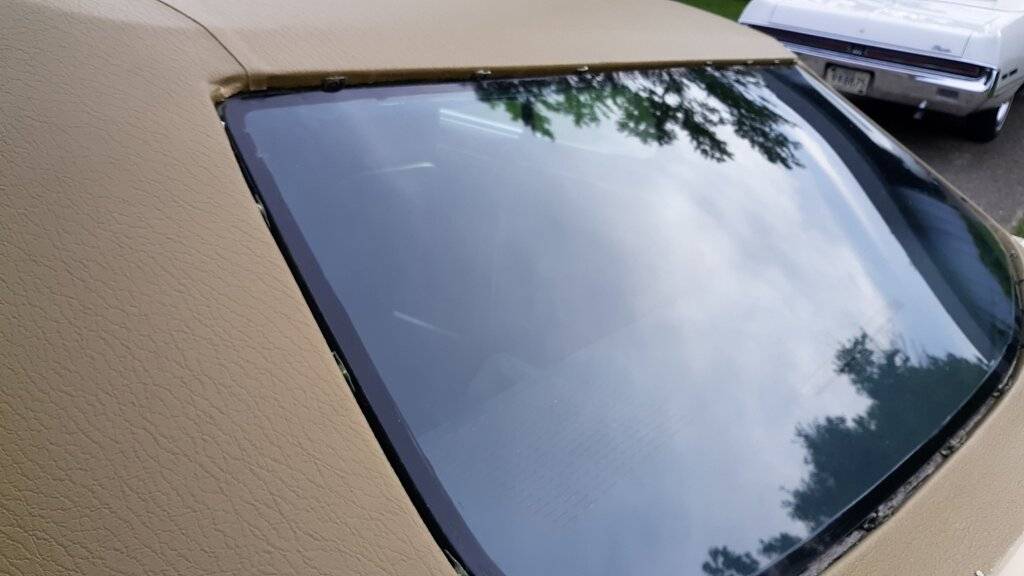 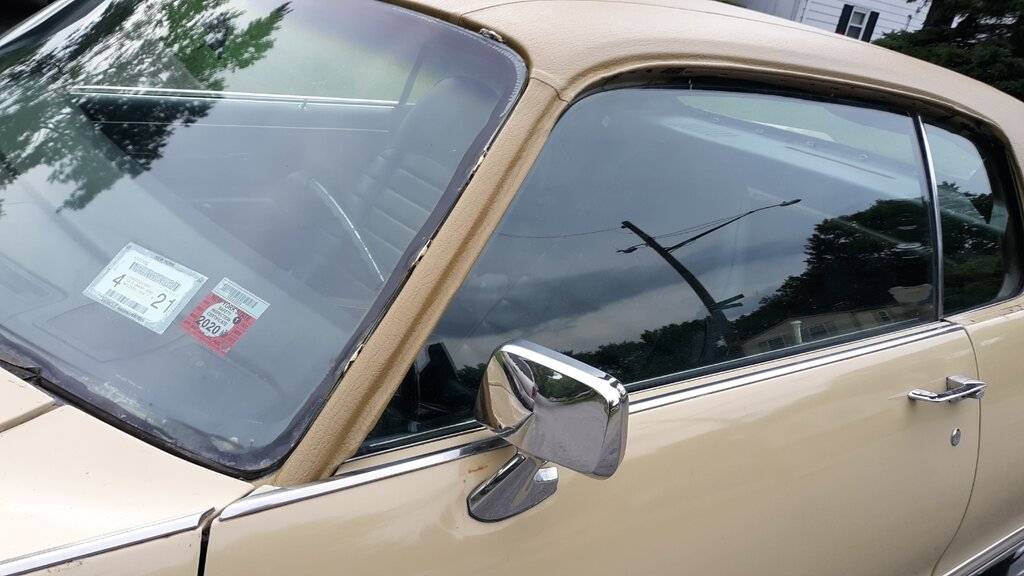 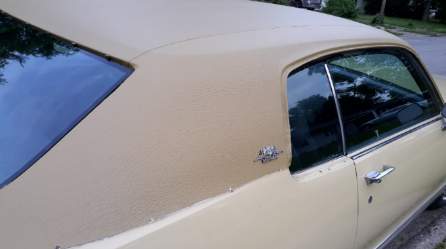 What a difference, looks great. Now to put on the window trim and especially the center domes for the raylle wheels

That baby will be really sharp when the trim is reinstalled. No more can your car be labeled as "topless"

Wyatt has done so much for you and your cars, bringing them back to life.
That young man deserves a raise....just sayin'....

sixpkrt said:
Wyatt has done so much for you and your cars, bringing them back to life.
That young man deserves a raise....just sayin'.... 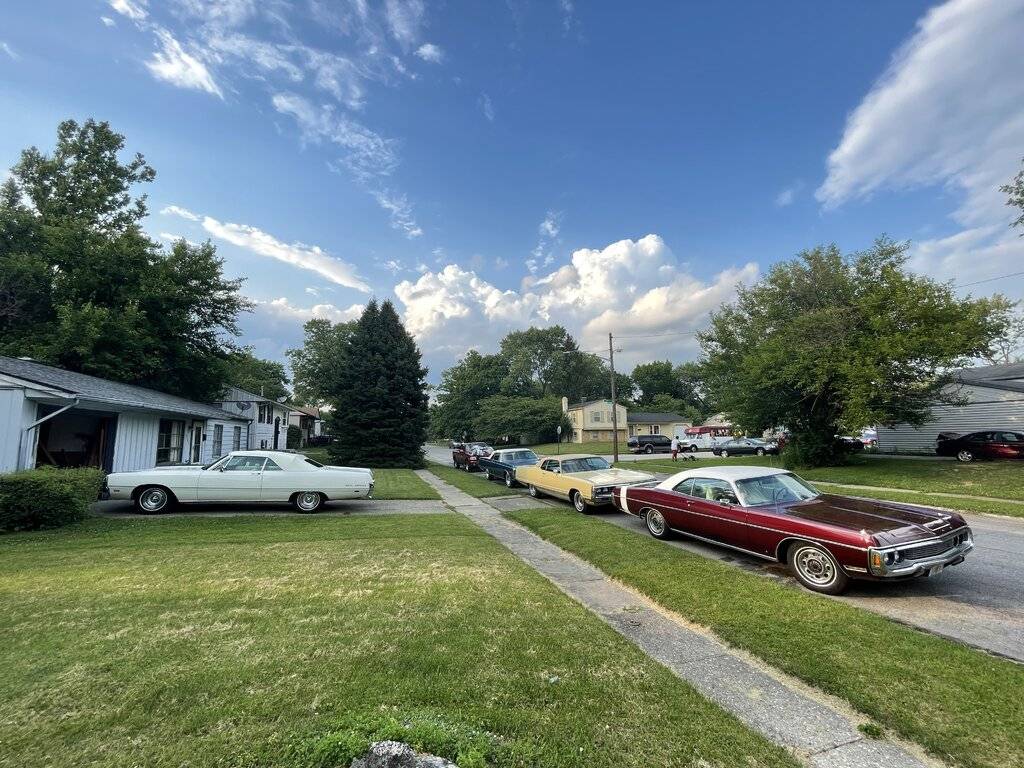 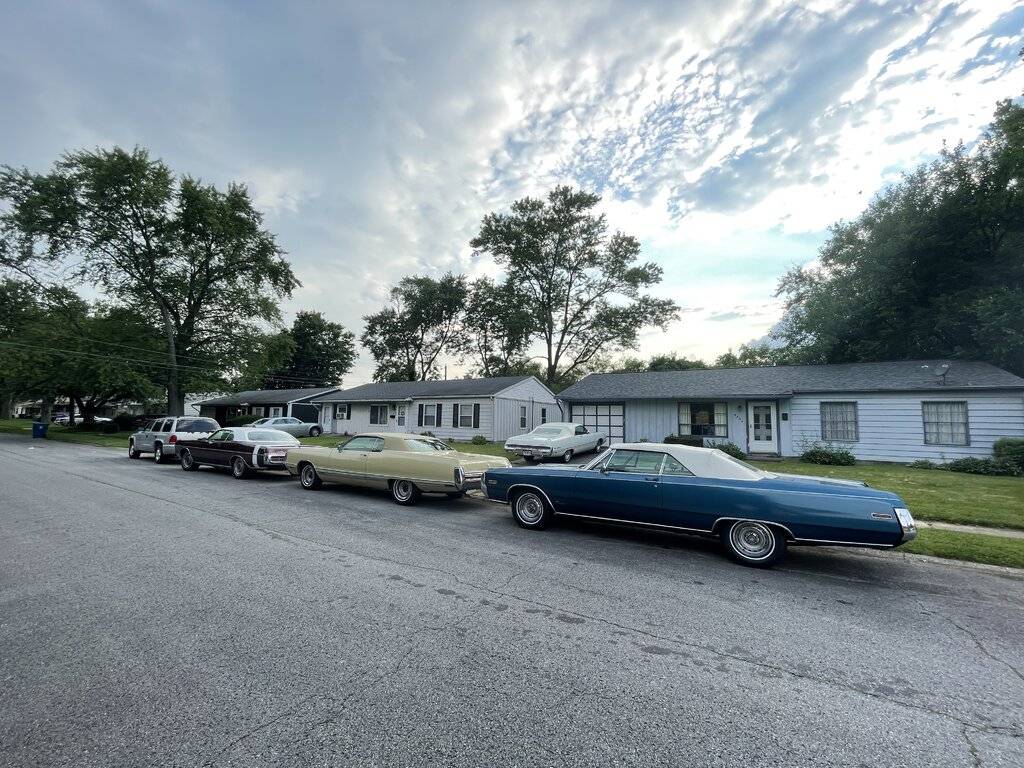 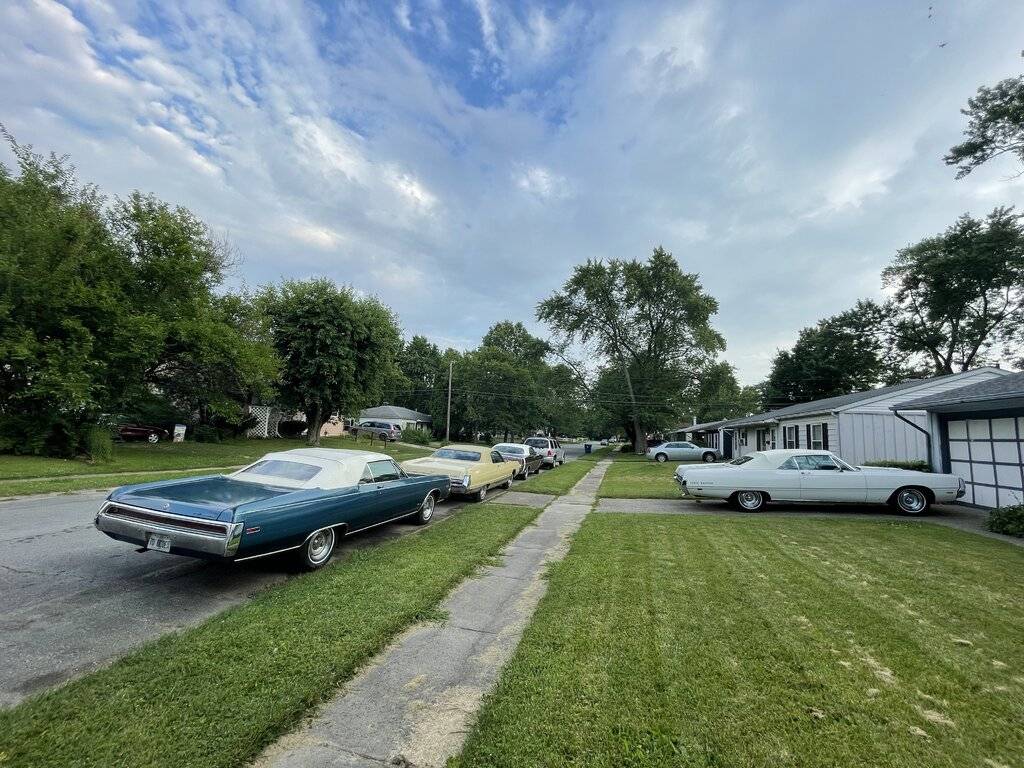 Ripinator said:
Just give him a dinner. . .
Click to expand...

I did that, he Still wanted the money.

ayilar said:
I found this beautiful GY4 Honeydew NYB with a gold top and black buckets on CL in Westtown, NY in mid-June and I managed to buy her before any sandbaggers got to it. Thanks to several members, in particular @coco , @Marv , @AussieFellaWithaCbody , @71Polara383 , and @saforwardlook for their help in this process!

This car was a 60th birthday gift to the seller by his son. The father, who just turned 90, stopped driving the car last year. He and/or his son used to drive the car every week, on "cruises" in NY/NJ/PA. That explains the 109k miles on the odometer, which is fine by me. There are some dings in the body panels because of what happened to the owner's ability to drive her in close spaces as he aged -- I guess that explains the bent front valence. Nothing major though.

The car was stored in a carport after the son helped the father sell his place last year, and you can see the result on the roof -- the son told me that the tears in the vinyl were not there before, and that's when they decided to sell the car so that it would not deteriorate further. Mechanically, the seller's son said that there is an exhaust leak. The incorrect exhaust and road wheel caps were there when he bought the car for his dads in 1991, so I have no plans to change them in the short term.

Later this afternoon, Buttercup will be on her way from New York to Illinois for some work by (mostly) Wyatt and myself. Here is the plan for restoration, based on what I have seen (pictures in the ad and the ones the seller sent to me, video inspection):

1. Top -- surface rust repair (bottom of the rear window, by Wyatt) & new V1G vinyl installation (with a shop recommended by @david hill );
2. LHS front fender bubbles, patch metal / paint & blend (Wyatt);
3. Driver's seat -- foam and vinyl replacement (hopefully the springs do not need replacing);​
Of course there may be more expenses if the tires and shocks need replacing, the water pump and/or radiator need work, or the springs and exhaust pipes are close to end-of-life. I am hopeful, however, that these won't be issues as the car has been very well maintained.

Attached below are photos that the son's wife took this morning -- ain't she beautiful?

I swear. . . This car has my favorite color combination for a C-Body. Mighty mighty fine!

The 72 NYB is the only one without a white top.

The Monaco is the only one without road wheels (but I actually like those wheel covers just about as much).

I like that the top is finally installed but the seam on the A pillar should be lower to cover the A pillar to roof panel joint should the guy on the assembly line do a bad bondo job in covering that joint.

Did SMS make that version as well? They ought to know better by now! The upside is that no one but a fanatical purist would note it possibly.

Love the color combo on that car. A black roof would have killed it even though it has a black interior.
Last edited: Jul 8, 2021

Turning your neighborhood into a 70s scene, I like that

The A-pillar seam flub is one of the reasons I returned the first top I received from SMS. That top also had said seams at different heights.


saforwardlook said:
The upside is that no one but a fanatical purist would note it possibly.
Click to expand...

With this top I noticed that SMS didn't provide very much extra material...I'm sure the a pillar seam could have been positioned better if they gave the installers a little more to work with.

Very few would notice that minor detail, however it is something to keep in mind for future vinyl top replacements.

Can't wait to get it all back together. Looks good!

It looks terrific. Were you able to get replacement clips for the window trim?

oliver said:
It looks terrific. Were you able to get replacement clips for the window trim?
Click to expand...

Yep! @Analog Kid gets a special thanks for helping with sellers. Here are the originals that Wyatt pulled out:

The big clips I ordered on eBay last November: I paid $23 at the time, but the price from the same vendor has fallen by half! 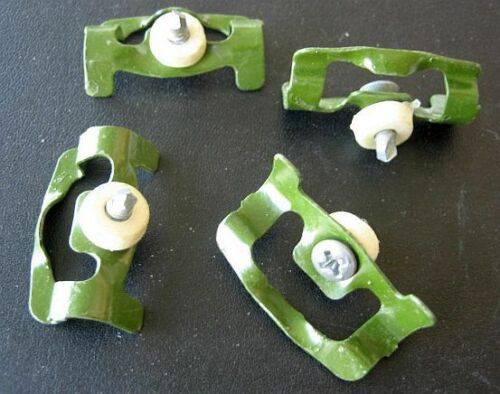 The small clips I also bought on eBay last fall; here the price is unchanged. 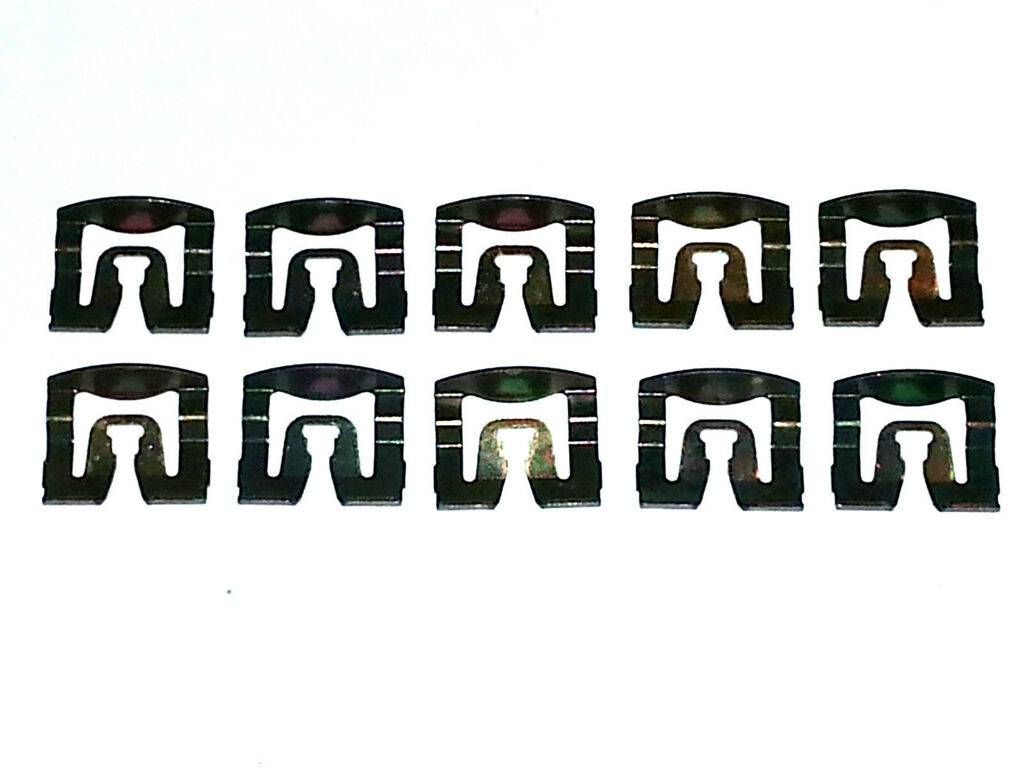 Finally, I got the screws on eBay too (price unchanged as well). 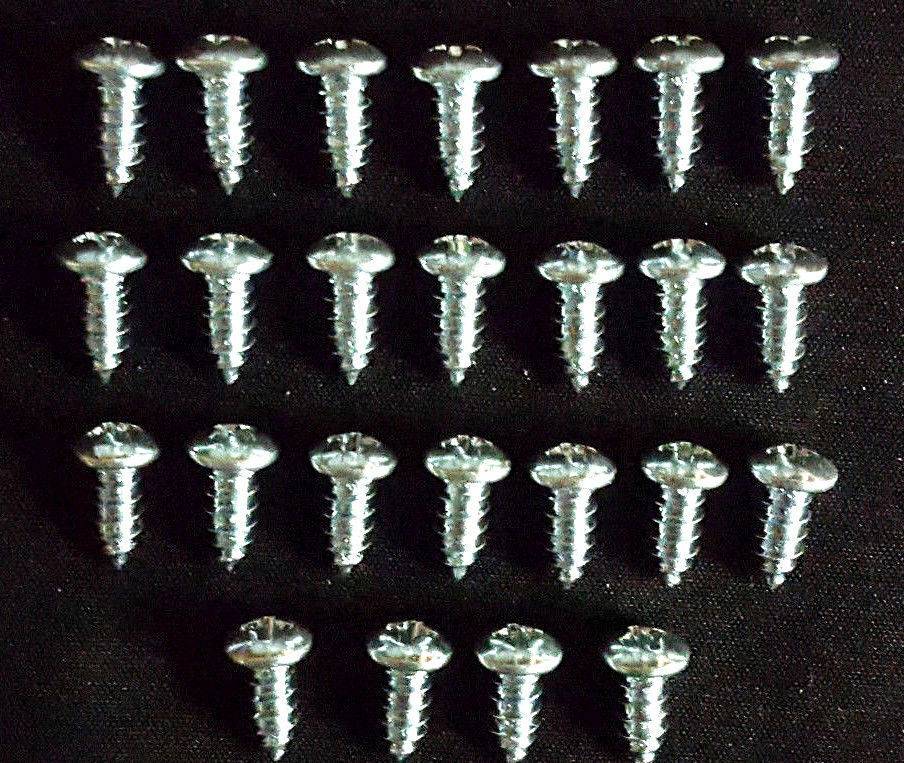