Primarily the drugs were picked up from 1975-1980 starting in Safford AZ by accident. My dad sent me in town to get beer and I spotted Carl Williams Corner Drug Store. Full of old stuff but closed. There was a phone # in the window. Went to a phone booth and called Carl. He came over and opened the store. I spent all the beer money and whatever I had on a box of medicines. Came back to the house and dad was pissed, gave me more $ and went back to town to get beer.

Some dickweed in a truck drove by and yelled out "cut your hair" when I was walking down the street...welcome to rural AZ in 1975. 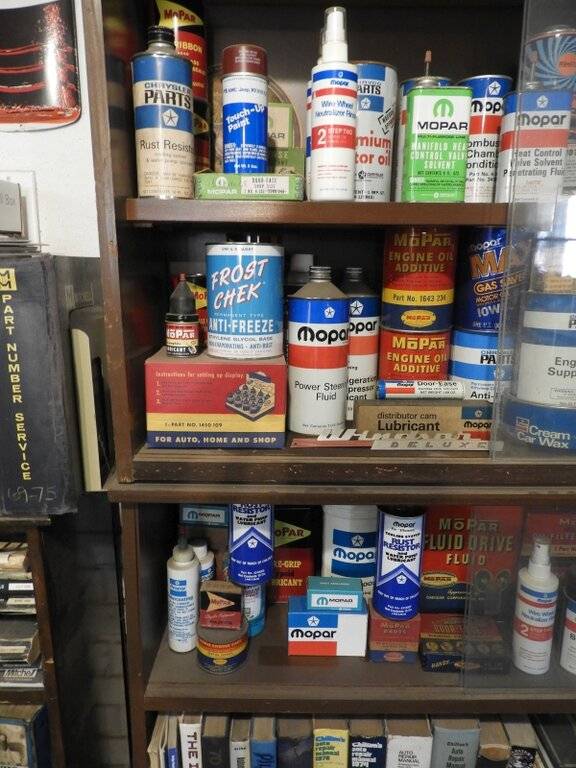 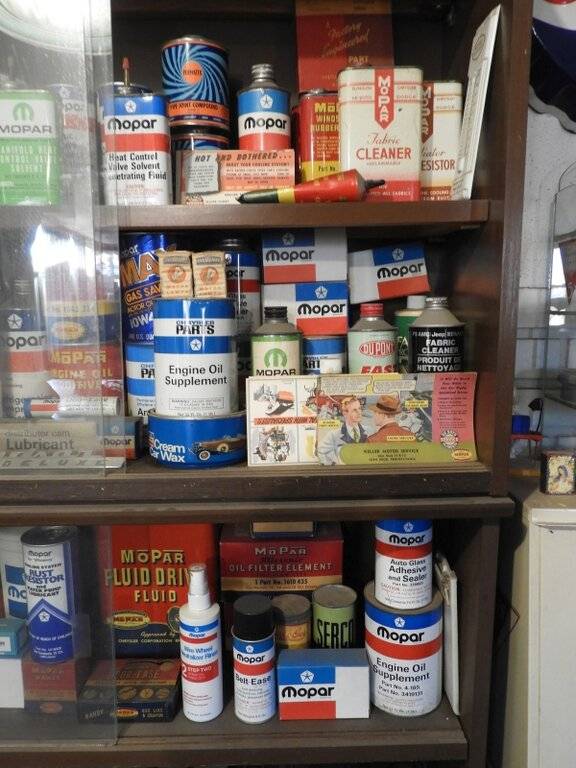 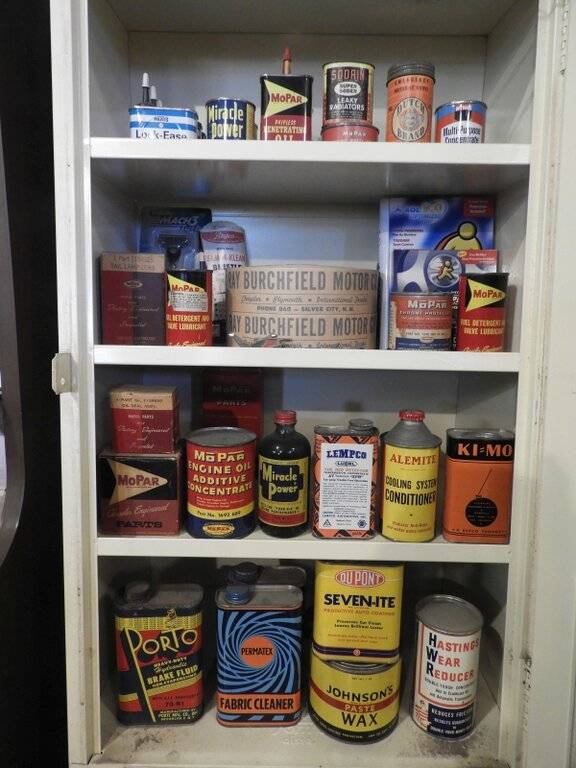 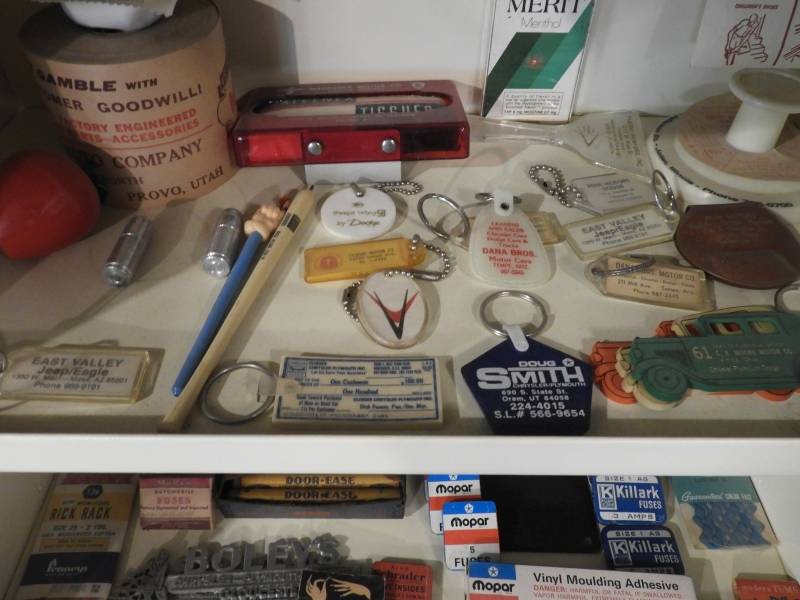 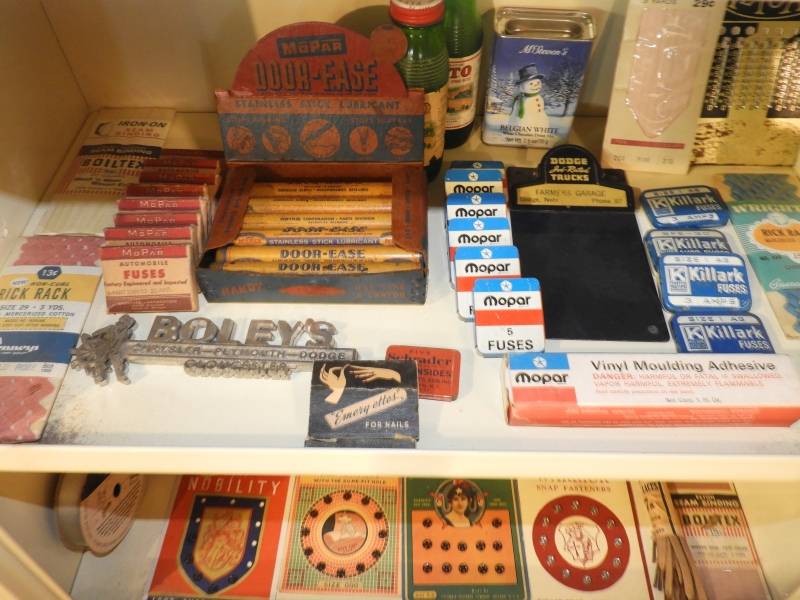 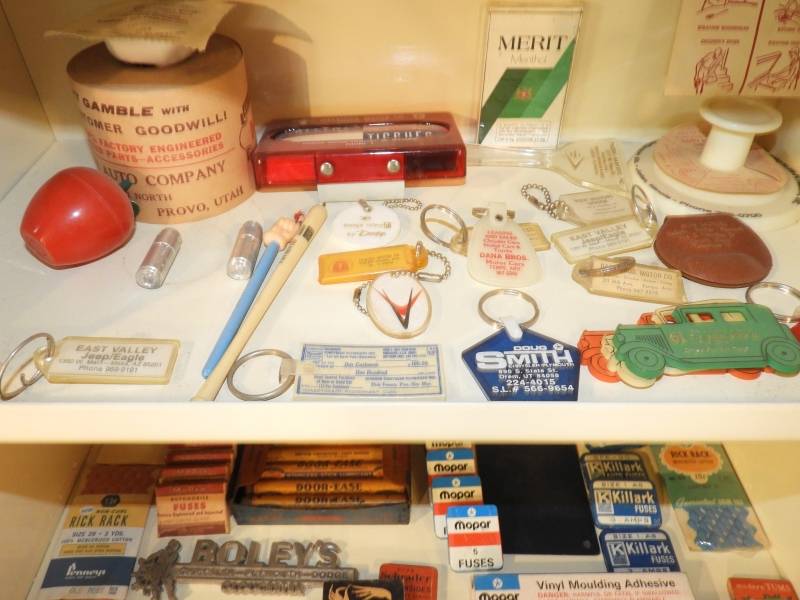 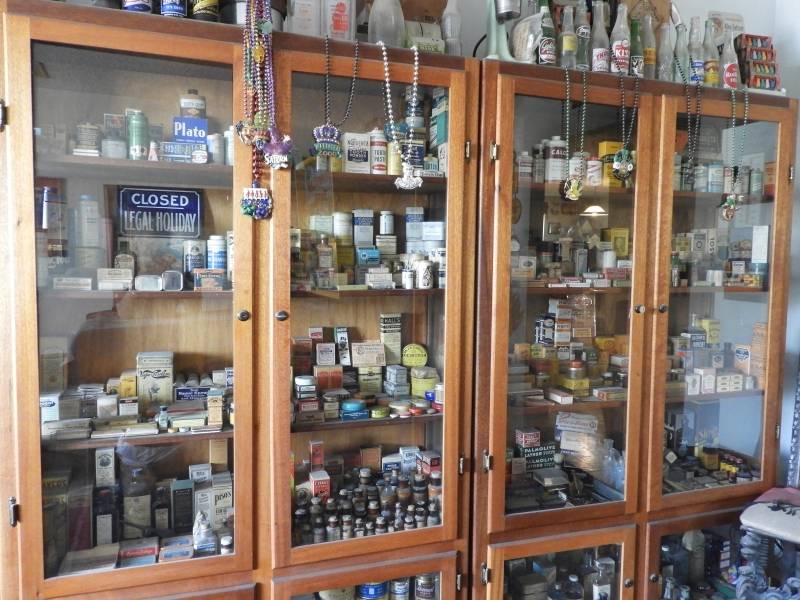 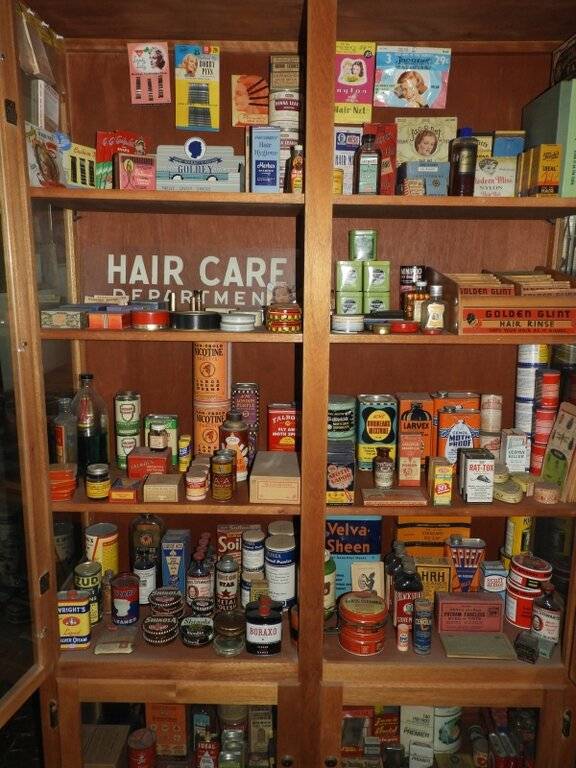 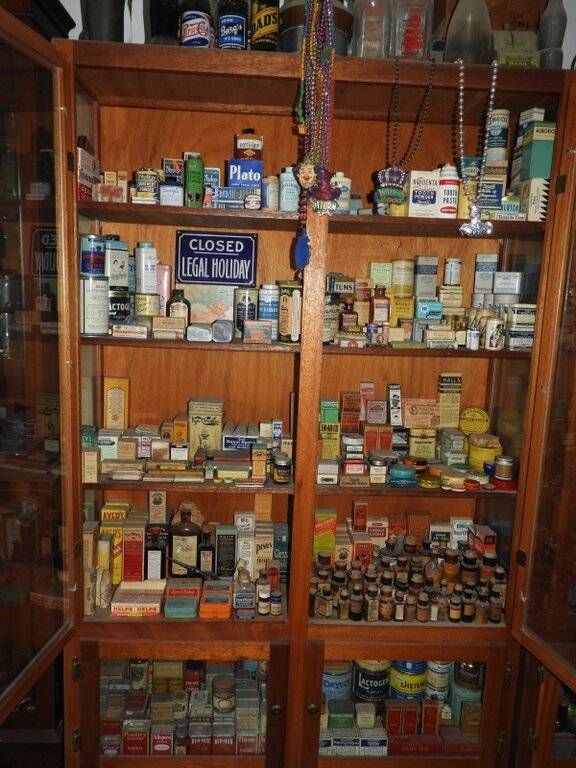 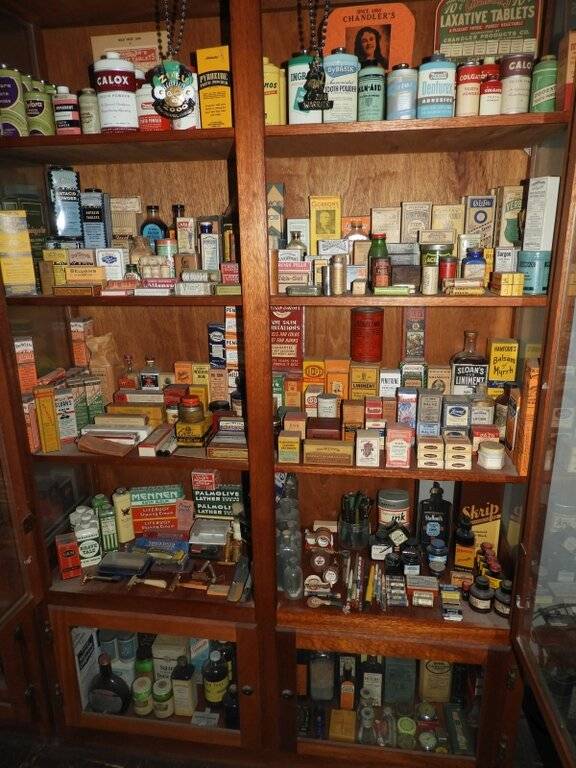 The Natures Remedy sign is wood framed and metal

The prophylactics were difficult to find in old pharmacies as they have a short shelf life...the Peacocks are very colorful indeed. 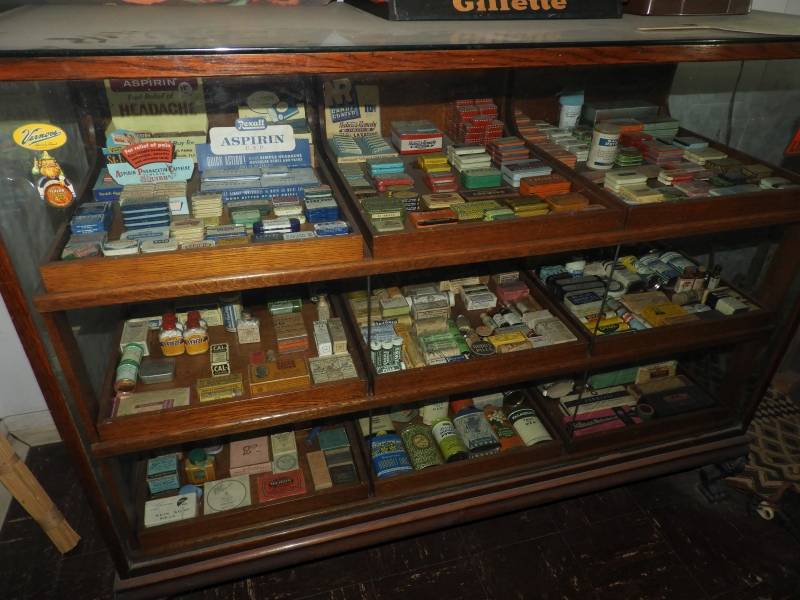 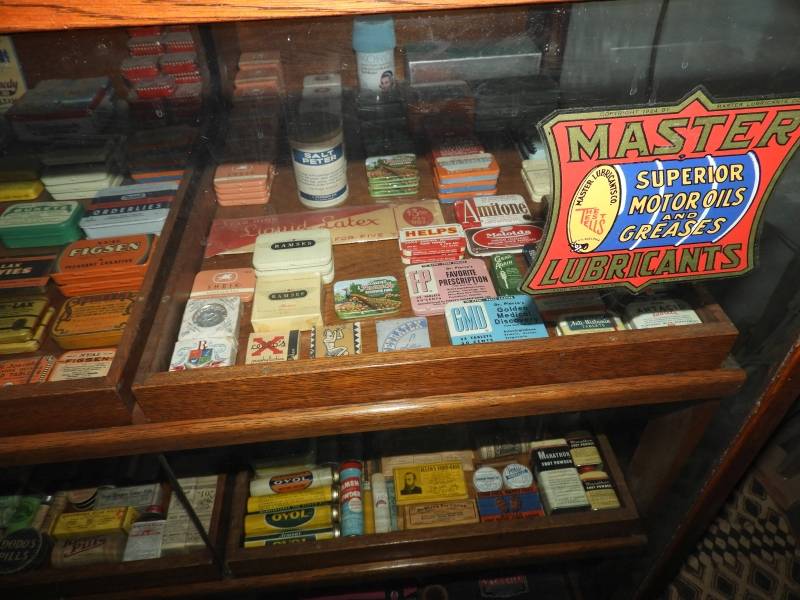 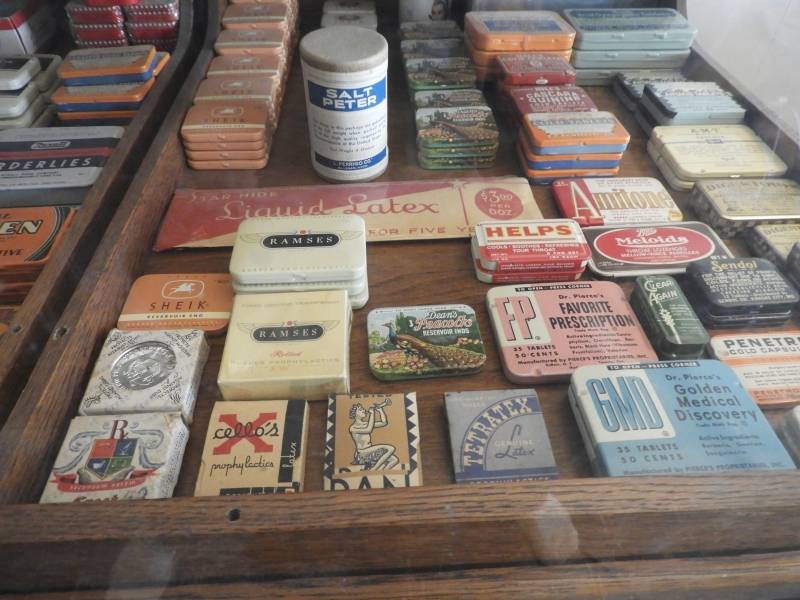 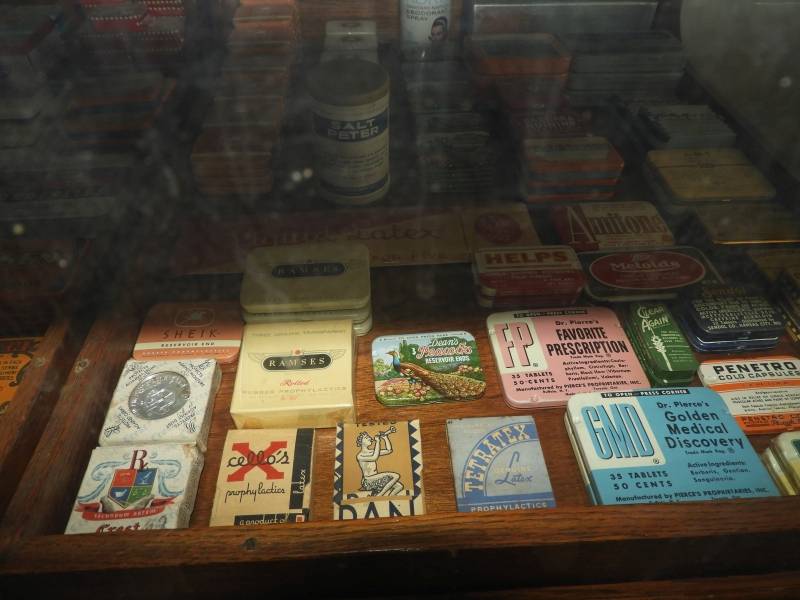 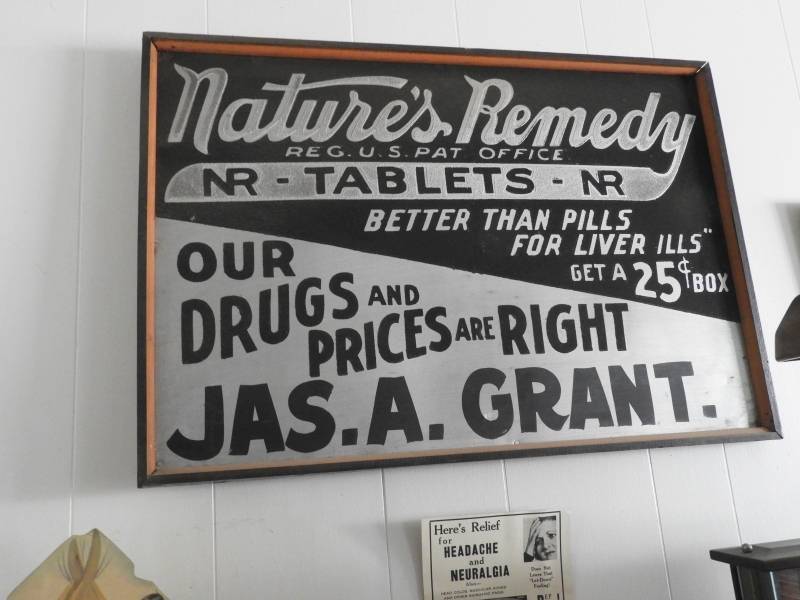 Got a headache? I have you covered.

Same goes for aches, pains, coughs, dry skin, hair removal, and general pick me ups from bottles of medicine with lots of alcohol.

Doctor Bottle to the rescue!! Available everywhere. May not help your driving skills. Use only as directed.

I could see that happening in Safford today. Spent a couple weeks there doing a job at the prison a few years back. Any swag from Town & Country Chrysler/Plymouth in Phoenix? That's where my car was originally purchased and it would be cool to have a keychain!

I remember going to the Tabaco shop with my Dad as a kid and seeing the same kind of display cases, cool stuff!

Cool stuff! Now all you need is a soda fountain and you'll have a complete old time drug store.

Some dickweed in a truck drove by and yelled out "cut your hair" when I was walking down the street...welcome to rural AZ in 1975.

69monaco said:
Some dickweed in a truck drove by and yelled out "cut your hair" when I was walking down the street...welcome to rural AZ in 1975.

His body, his choice!

I have some of the fountain stuff...malt makers, straw dispensers, glass seltzer bottles, advertising ......

I cleaned out at least 30 drug stores in AZ, UT, NM, CO over the years while cleaning out Mopar dealerships at the same time.

A 2 pronged effort. At times my GF and I would be out for 2 months at a time in the summer. In my 1967 Dodge A-100 van, 6 cyl 3 speed on the column. Camping
out nearly the whole time: City parks, National Forest, corn fields, out behind old buildings in small towns. Once in a while a motel for a shower. Once in a building full of parts across the street from the dealership.

Put an atlas on the counter of the dealership parts dept. when I was done and ask "which dealership has old parts". Then off again and so on driving blind but finding loads of stuff. Paying on average about 2-6 cents on the dollar. Packing it up there in boxes and leaving it. Then when it got back home they would send it to me.

One trip back east, one to New Mex, one to Wyoming, Montana, one up the coast to Oregon, others to UT, CO and more. I learned never to bargain if the price was low, never tell them what I thought is was worth first (once I was buying some huge load of stuff and was thinking I'd pay them 4,000.00 for the lot and the guy told me he wanted 400.00 for it....Done!), never piss them off, act cool and calm and not seem to be overly happy about what they had....etc.

Many times they would not have a list and have ABSOLUTELY NO IDEA what they had payed for it. GREAT! They were mostly happy to get anything for it rather than landfill it. Plenty of the stuff had been written off for taxes and they wanted it gone. I was just the garbage collector with some cash.

Some dealers in the 1980s still had their inventory on cards in these huge card files.... just like the libraries.


So between finding old drugstores with NOS products from the 1920s to the 1960s in 1975 and then 5 years later in 1980 starting to collect parts from Mopar dealers I have been piling up stuff now for 46 years. A long strange trip it has been going down the road felling bad. OK not my words but it has been that.
Last edited: Mar 1, 2021
C

I used to cherish those Chrysler Power Steering Fluid cans. They had a nice rolled lip and never dripped, as a result. "Extra Care in Packaging".

I need the drugs your on

Marty, your life hunting that stuff really sounds like a blast. Nothing to regret!

Yellow with white interior, 440, console auto. That was in the mid 1980s. A total gas hog. Didn't have it for a very long time.

The only time I ever did a BA (bare ass) in a car. Stopped at a traffic light. Put the top down and with my buddy in the passenger seat we both
stood up and dropped our pants for the cars behind us. Pulled our pants up in time for the green light and off we went. Never looked back to see the result.

That is a true story.

Question: what is a BA up against a chain link fence? A "Waffle job".....never did or saw one but it was a working option.
M

Break out man! Don't bogart ur shit dude. AZ still breaks hard between Cool People and Right-of-Fascist-Constipated-Arseholes. I stick to my barrio, and Life is Good. Your collection truly impresses me. IFF I get room to stow such treasures and display them, my mob and I all would dig something like yours. Goal to work toward.

Bless you for sharing.

I do have spares of some of the Mopar products in my display case for sale.

marty mopar said:
I do have spares of some of the Mopar products in my display case for sale.
Click to expand...

Hmmmm, gonna have to look. the door lube is an item of interest,,,,
M

marty mopar said:
I do have spares of some of the Mopar products in my display case for sale.
Click to expand...