For Sale Mopar superseded part #s (Books that have the #s)

Contact seller
So here is another thread part of which I copied from an answer I gave to someone asking about why numbers change, etc.

casting #s: if the part is color coded and plastic there is a casting # but it is not the number in the part book

diecast parts are often close but not the # in the part book
manifolds can be a digit off or not even close
Assemblies such as a lens pkg have a number but that # is for the lens/gasket, the lens will have a part # on it but it is a casting #
Same goes for a Taillight assy that has a bezel, lens, gasket and a housing


NOW here goes... the following is out of a 1976 superseded part book


U means superseded to

NS means obsolete, discontinued, no longer available or as my buddies at the dealership would say "NFG" (no f...ing good)

I got these books from the 1940s through the 1980s. They came to the dealerships on a regular basis (if you can remember nobody had a laptop or a computer) so things came in paper form. They gladly gave them to me along with the part books that were issued about 4 times a year. So I have a good collection of them. Unless you were in the parts dept. ordering mountains of parts like I was you wouldn't know these existed. 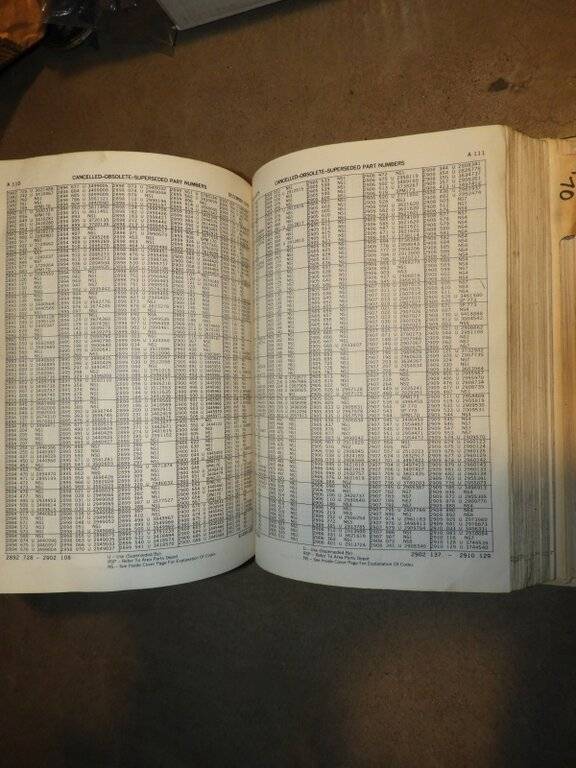 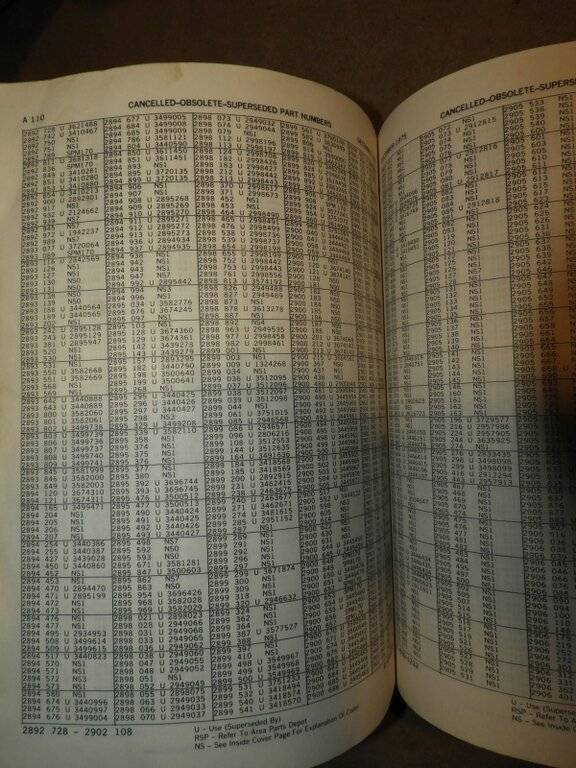 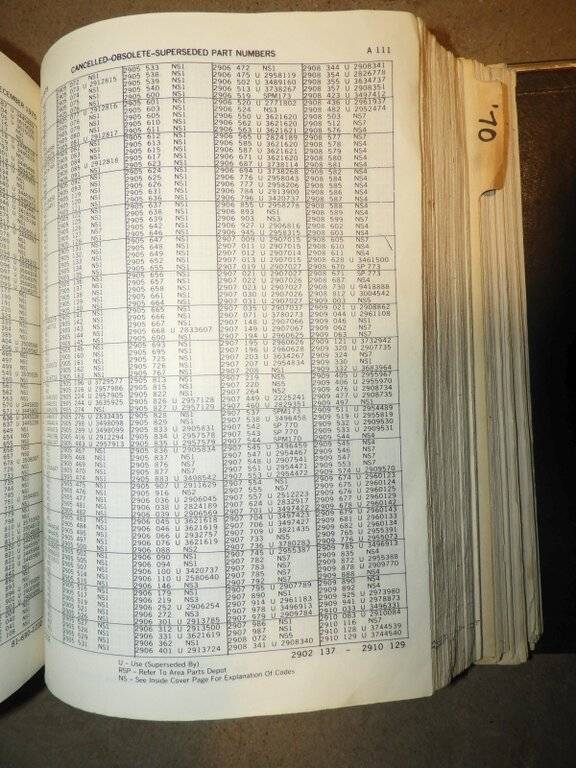 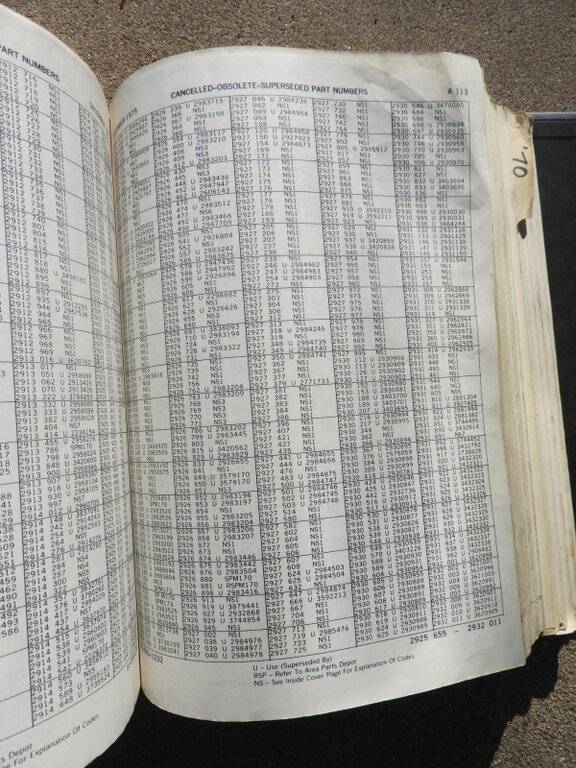 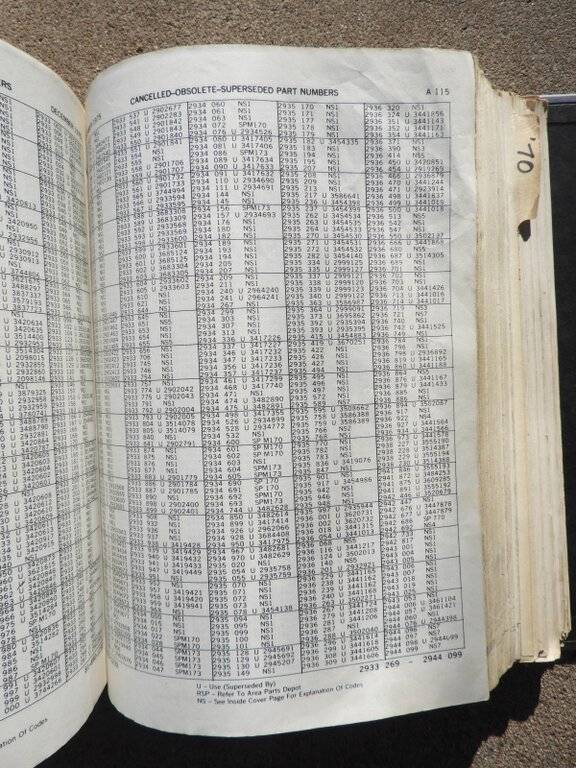 I wish those were available as reproductions.
C

In many cases, the then-current price books had the most recent changes in the rear section of the price book. GM price books were similar.

As I recall, there were more "NS_" numbers than just the most common "NS1". It was amusing when I saw a then-late-model S-10 Blazer with the TX license number that started with "NA1*____".

Back when Chrysler acquired AMC-Jeep-Renault, in order to track the inclusion of the Jeep numbers (which were in a similar format as GM and existing Chrysler part numbers), all of the Jeep numbers changed into a "transitional part number" for a few months or so, THEN changed into a normal Chrysler part number. Which probably made the dealership warehouse people, inventory managers, and Parts Depot operatives' jobs a lot easier.

NS2 – Do Not Service

Consider the casting number as a "design" or "engineering" number not used by the parts operations. That way, they could get the same part cast by different vendors, even on different continents, and then use a part number that would identify the source of the part (vendor-related).

I noticed the "one number off" casting numbers on plastic trim parts for Chevrolets, too. Not a hard and fast rule, back then, but was prevalent for a while in the '70s and '80s. In some cases, the other related numbers due to colors, were also cast into the back of the GM parts.

then there were specifier bulletins

also recall or campaign numbers lots of them start with C3940

the depots sent these out to dealerships w/o cost

How to find OEM parts for your car
2