New to me 78 NYB, in the driveway, because of my wife.

Sorry, I couldn't resist the title parity... basically because it's true, and the irony of being a yet another 78 NYB Salon.

You see, I had my wife join a C-body FB website because I'm not a FB'er, probably because I had something to sell, or whatever. So one night she's scrolling through her feed and says "ohhh, look at this car... can we go see it?" So I said "Are you nuts? We need another car like a hole in the head!"

The truth was, I'd seen the car on CL, I think somebody even posted it here. It was fairly local... a rural area about 60 miles north of us. Yes it intrigued me, but I ignored it because I was trying to concentrate of getting rid of cars, not adding to the fleet. But when your own wife turns toward you in bed one night and holds up a picture of a sexy C-body, what can you do? She really does like to help me work on cars, and has better mechanical ability than most men I know (which sadly isn't a high bar circa 2018). Her dad was of the mindset to hand down his old luxury cars on the idea "bigger is safer" I suppose. So her first car was a Lincoln Town Car, and she seems to measure everything against that. Thank God it wasn't some shitbox ricemobile. She drives the wheels off that T-top Magnum. She loves to watch people freak out when she drives the Mexican Ramcharger and has taught our daughter to imitate its insanely loud exhaust. She's also a great mom, a great cook and is a pretty as a '66 300, '69 Imperial and '78 NYB rolled into one... with a dash of '77 Cordoba.

So I agreed to call the owner, hoping he'd be some kind of jerky-nutcase, but he actually seemed pretty cool. Damn.

I set a time to go see it, even met my dad for breakfast and handed-off our daughter since a 3 y/o isn't helpful when examining a 40 y/o car. The owner called during breakfast and said he couldn't get the car to start. That story is here:

Of course I knew that could work in our favor regarding price. The car was parked on dirt, under a bunch of pine trees.

The good news, I suppose, was that it hadn't been there long. What I DID notice was this car had no rust, touched-up original paint and everything seemed to defy the idea of 106k miles. The windows and lock function like new. The 8 track works (albeit distorted). The tape stripes are original, as evidenced by the die-cut ends, rather than overlapped edges.

It will need paint and some other forms of TLC, but you guys tell me if this looks like a hi-miles car? 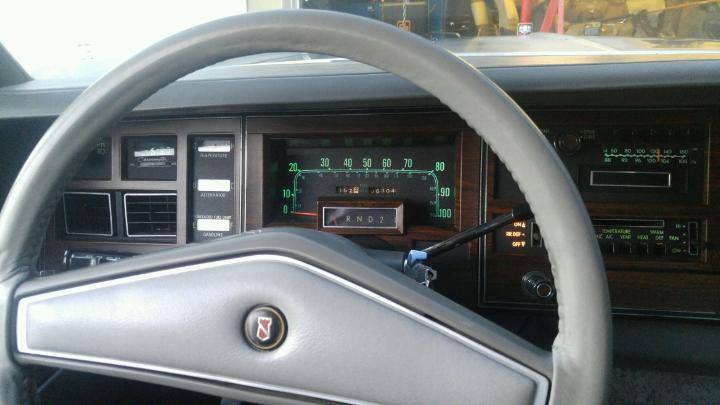 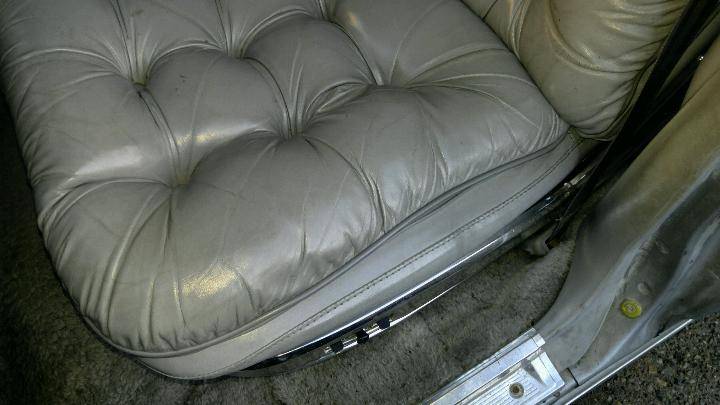 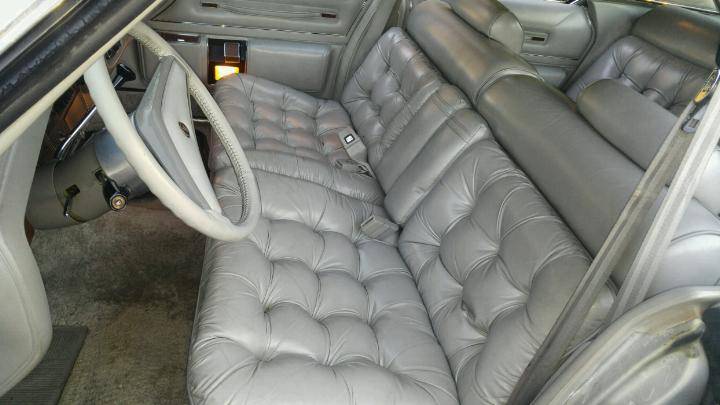 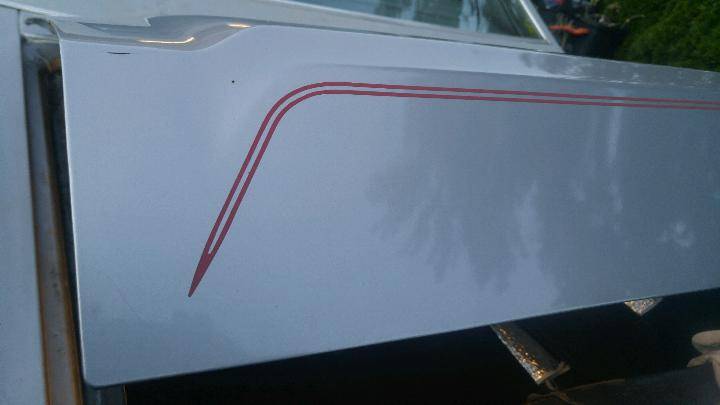 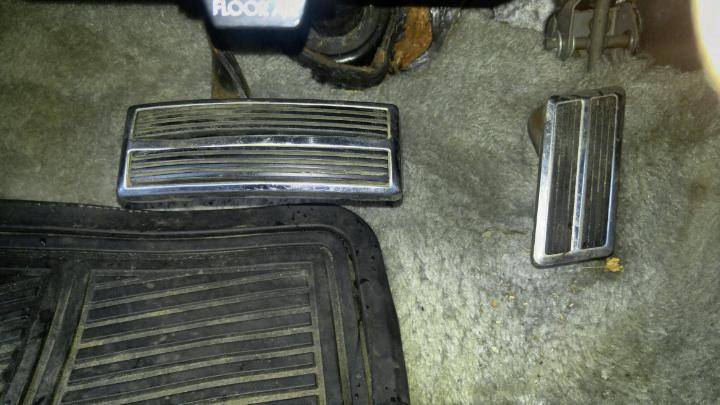 Here are some full shots: 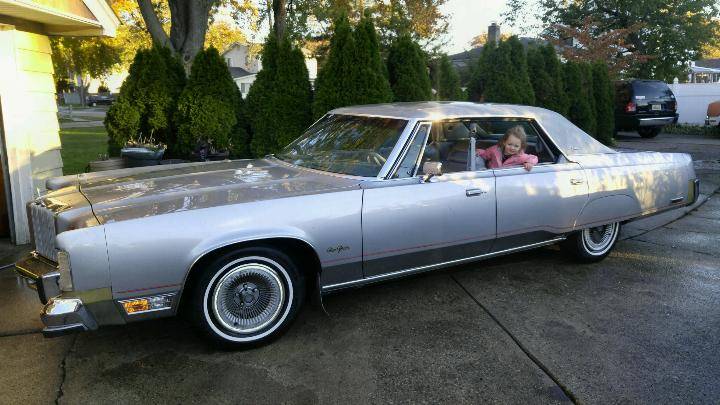 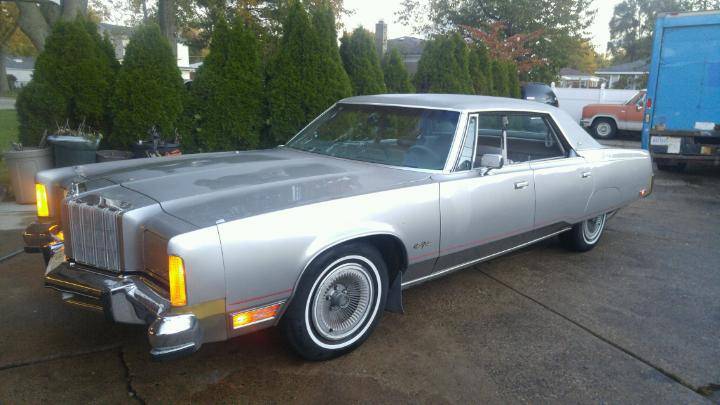 (I just realized I didn't take any of the passenger side because it was way too bright looking west) it's more/less the same condition.

Michigan had the best bicentennial plate (which they kept until '78).

All driveways should look like this. Well, perhaps without the $500 box truck. 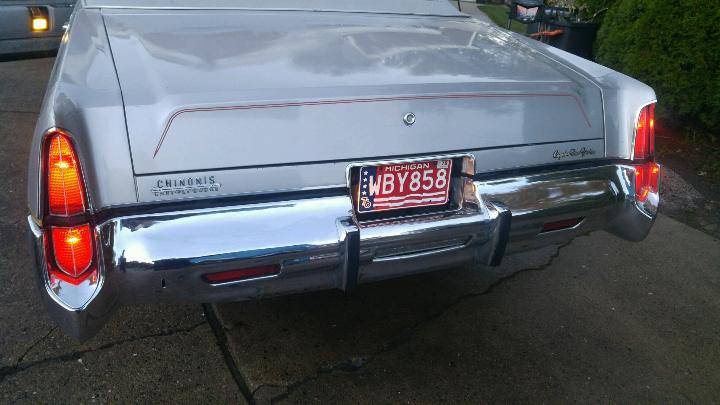 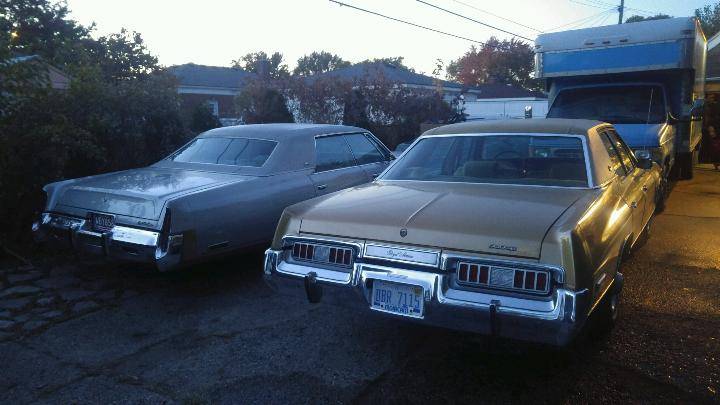 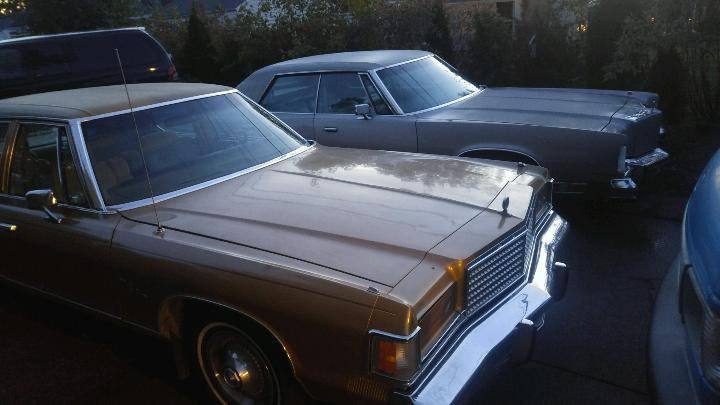 Nice score. You said 60 miles north of you, where did you find it?

And similar color to Javier’s NYB too.. funny how things come about huh..

P.S.. Carmine!! Can I get your wife to talk to mine!! I dream of the day that my wife says “Honey can we go look at this car“.. only in my Wet dreams..

Congrats! Sure looks awesome! Nice to have family support with our insanity issues.

Well, what can I say?

Your wife has good taste in cars.

That....is a nice New Yorker! Last year for the full sized, luxury hardtop.
Surely, you and your family will enjoy.
Congrats!

You're nuts - not quite as much as me yet though. Keep up the good work.

That wheels option on your car is definitely "killer" - one of the best designs they ever came up with IMO.

That's a New Yorker with the Salon package, only available in 1978. The 78 New Yorker had several unique features, and the Salon had even more. The Salon features included:
-The leather wrapped steering wheel,
-Unique wheel covers, with reflective trim,
-Factory applied base coat/clear coat silver paint, which was new then (every other New Yorker had enamel),
-JR78x15 whitewalls with a wider white stripe,
-A vinyl roof, with a unique grain, and
-The Imperial LeBaron rear window.

Gorgeous!
You must log in or register to reply here.

my wife got me blown

Cry for help! Anyone from the Central Coast, CA??
2