Having an odd issue with our 67 Newyorker.

After the car sits for 12 or more hours, it will shift into reverse just fine, back out of garage and shift into forward. Once in drive, or any other forward gear, it will not engage as it should. you need to rev the car a few times before it will engage. After this initial morning issue it functions great and shifts as it should until it sits for 12 or more hours again.

Any ideas what I should look at?

Try putting it in neutral for 10 or 15 seconds after starting it cold, that way it will circulate the trans fluid which has all drained down. The pump is not circulating in park nor is it designed to.

Double check your fluid level as well. Make sure its warm and follow the correct method from a manual.
I

Thank you, will check and report back.

"check when hot idling in neutral" 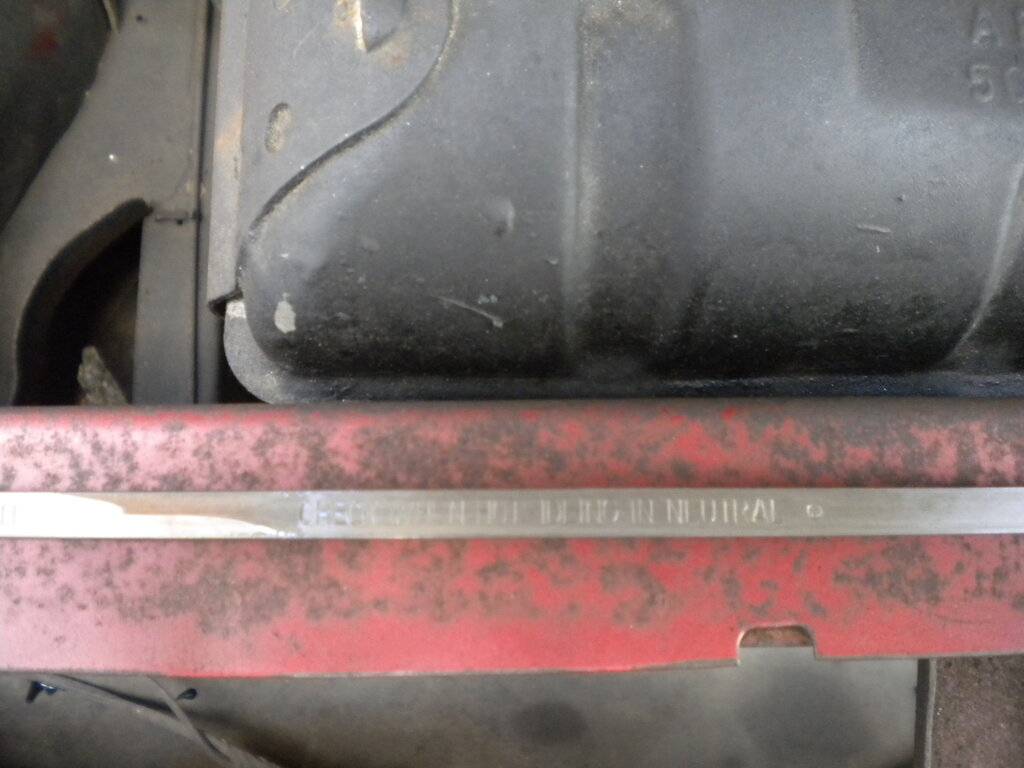 As noted above, the torque convertor will drain out if the car is left sitting overnight, so try starting the car in neutral. A sluggish shift from neutral to drive can also be an indication of a clogged transmission filter, how long has it been since the transmission was serviced?

When our '66 Newport was still a used car with 7100 miles on it when we bought it in Oct, 1967, things worked as expected. When we got the fluid/filter changed a few years later, THEN it had a short lag before "D", after "R", first start in the morning. We were advised that this was normal, which starting in "N" rather than "P" would decrease/eliminate. Which worked. In about 1969, it was mentioned din a "Help" column in CAR LIFE magazine that the reason this was noticed after the fluid change was that Chrysler (apparently) used a multi-viscosity fluid as initial factory fill, which was not available on the open market.

When in :, the system in in "lube" mode with low line pressure (about 15psi?). The "R" circuit does not have an accumulator to cushion the shift, as "D" does, so any pressure starts to work instantly. Plus the line pressure in "R" is a bit higher than in "D", too.

As mentioned, a good bit of fluid will drain back out of the converter as the car sits over-night, leaving it partially "charged". That first cold start does that, after which things stay as they should.

So, after inserting the key in the ignition, put your foot firmly on the brake, move the shift lever into "N", apply about 1/3 throttle to the accel pedal, turn the key and start the engine. Let the idle stabilize on fast idle, then move the shift lever to the appropriate gear and proceed. Just a little bit different, but it can work well. Just one of the little quirks of older TorqueFlites. Some are worse than others, by observation.

The recommended ATF in '67 was Type A, Suffix A atf. In '68, Chrysler changed to the Dexron fluid that GM used, which applied well into the 1980s. You'll need to find a "Dexron III"-type fluid, generally. The more-current Dexron VI fluid is semi-syn and more expensive. So read the atf bottle to see if the particular fluid is spec'd to replace the Dexron III fluid.

Excellent info. I have been approaching my 727 all wrong....

Make sure your kickdown linkage is adjusted properly as per FSM.
It also regulates fluid pressure,FYI

I drove those late 60's Mopars when new in New England that went hot to frigid. Even as a kid, we learned the method of start in N, wait, hold brake and idle for a few seconds in 1st, then 2nd, then D and wait.
Now, all these years later, I still did it in Florida.
I think they over fluoridated in the 50's.

ricks_RR said:
ya commando 1 so WARE did you learn that ha ha on rte 32 in WARE mass
Click to expand...

Local Boston boy that knew every street in every neighborhood in the Boston metro area.
I can tell you the ORIGINAL layout of the OLD RT 128 as it meandered through the downtowns of every city from Gloucester to Hingham. From there it was RT 3 to the bridge and then 6 to P-town.

cbarge said:
Make sure your kickdown linkage is adjusted properly as per FSM.
It also regulates fluid pressure,FYI
Click to expand...

Actually, all it does is regulate the line pressure.

Since a lot of people refer to it as "kickdown linkage", here's how it works in that sense. Simplified, if you want the car to downshift, you press down the accelerator and it forces the arm back and that increases the line pressure. It goes to the shift valve and if the line pressure is more than the governor pressure, it causes a downshift. Chrysler never calls it "kickdown", using the term "throttle valve linkage".

In regular use, it raises and lowers the line pressure to tailor the shift using throttle position versus load. Keeps from giving you a hard shift at low speed and a soft shift at high speed.

One more thought, sometimes on old TFs the the clutch piston seals get hard, and it takes a little time for them to actually seal the first time they try to apply. The TF runs about 2X the line pressure in reverse and makes the piston seal engage faster. If the forward clutch seals are hard, this could make the trans delay to engage in drive.
My $.02

Not even an old transmission issue. I had a 2001 Dodge Cummins with a 47RE transmission. It wouldn't fill the converter in park either. Idle it in neutral for a few seconds or put it in drive and wait.

Since it goes into reverse right away, I believe it isn't a TC drain back issue.
My '96 47RE doesn't go ether in reverse or drive at first when the TC has drained back, but usually my truck has to be parked for more that a few days for it to drain back.
my $.04
You must log in or register to reply here.

Help Me figure Out My Transmission Issues, Ram 1500