This is the story of the Part Barge (1965 Newport 4 door sedan) and how it came to be.
Last spring I finally sold my first wife's' car; a 1971 Superbee. Butterscotch with black interior 383 column auto/cruise/air/PS/PB. 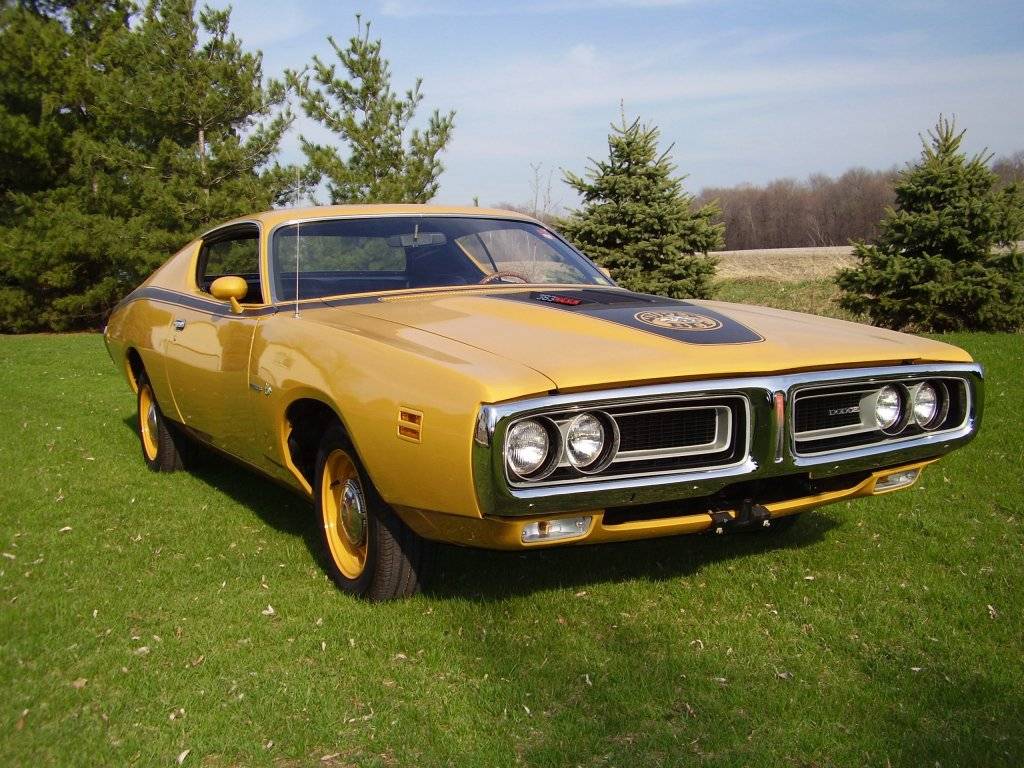 She passed from cancer in 2013 and since then the car may have been driven 500 miles. My original intention was to thin the herd as I have a '68 Superbee 4 speed, '66 GTO factory tri-power 4 speed, 2013 Challenger Rally Red Line and my 2011 Ford Ranger daily driver.
The '68 Superbee 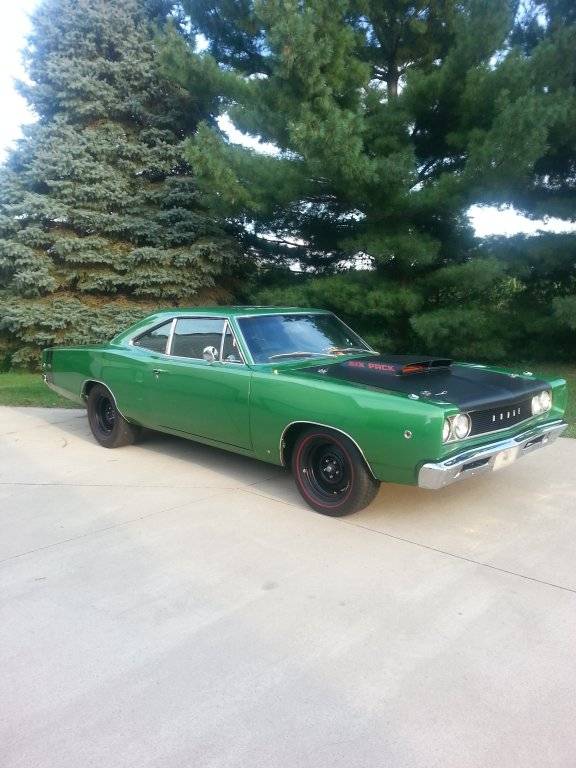 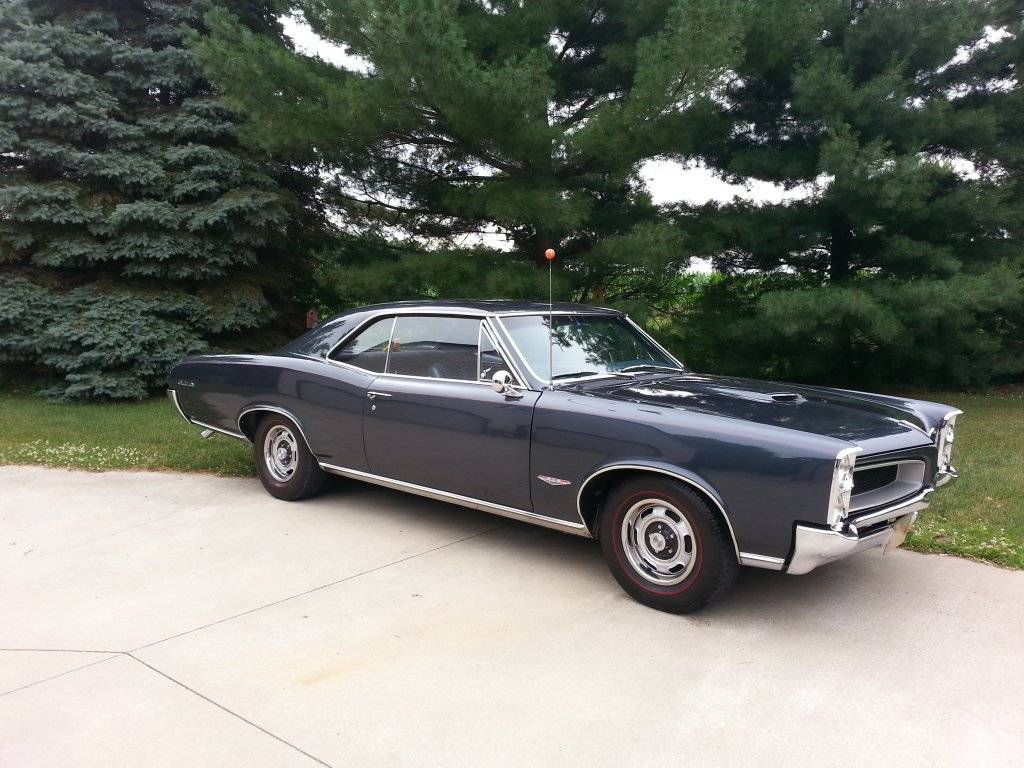 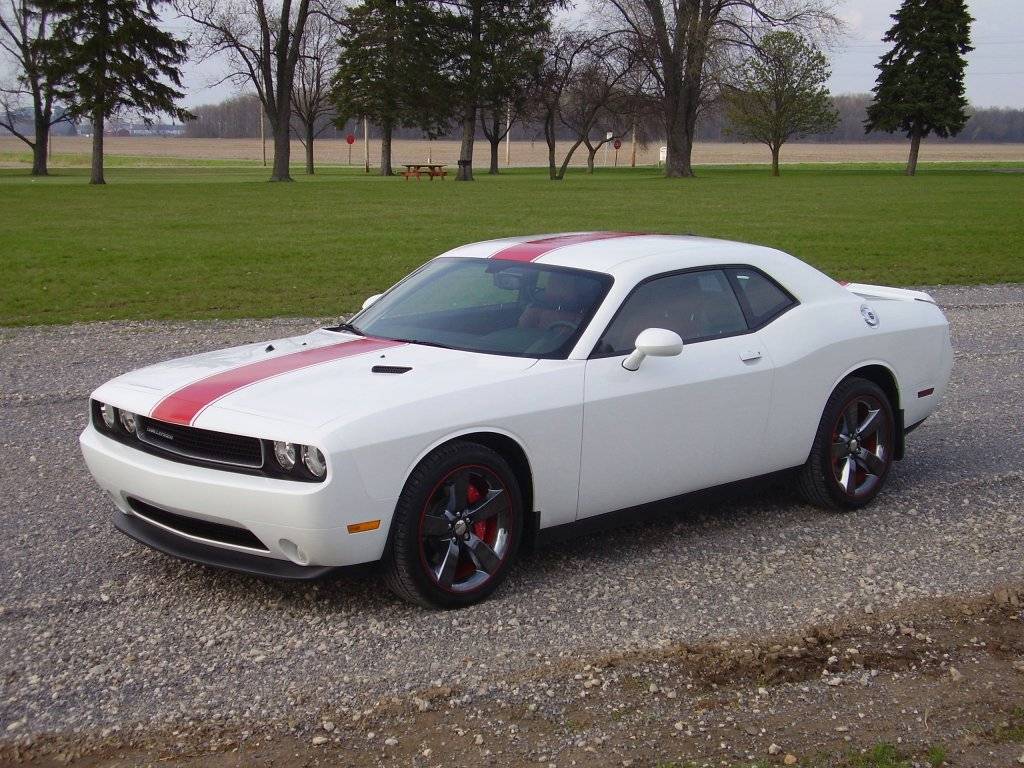 No pics of the Ranger
That plan quickly went south as I convinced myself that I need a 'project'. The search was on. I might add that my new bride was all in favor of this (or so she says).
I have always liked the 'C' bodies especially the 'slab sides'. Looking on line I found many but their sheet metal condition left much to be desired. I don't mind mechanical or electrical issues, however, I am not a body/interior guy. I found one that looked intriguing at a used car lot in Waldo Wisconsin. Where's Waldo? (I apologize for that) It's about 40 north of Milwaukee. It wasn't love a first sight but the overall condition of the car was not bad. The lot owner, Mr. Curts Lentz, was accommodating when I asked for many under car pics. I live in NW Ohio so this was a 'leap of faith'. Long story short I flew to Appleton where I was met by a employee of Mr Lentz. We drove to Waldo where I got to see the Newport first hand. I was not disappointed. After a short test drive the deal was completed and with a fresh tank of gas I headed toward Milwaukee. I had researched the Lake Michigan ferries and decided that that was the best way to go. I did not want to drive anywhere near Chicago especially with a 'new' car. I over nighted in Milwaukee and before sunrise the next morning (this was in early May) I was first in line to load on the Lake Express ferry. The loading and crossing was very easy. We disembarked in Muskegon and I hit the road. The trip back was uneventful. I stopped once for gas when the tank showed 1/2. 12 gallons filled it so the gauge was accurate. The car ran well it showed 56K on the clock. The car is powered by a 383 2bbl. I kept the speed around 60. No overheating or excessive oil consumption. It tracked straight and was reasonably comfortable despite the front seat material which was rotted. The mileage figured out to be 15.8.
Once home I had the front end checked minor wear on the lower ball joints every thing else was good. The radiator was in need of a re-core as a lot of fins were missing. A three row was sourced from Murray Park. The only complaint was the jury rigged battery cables. The motor needed re-gasketed and the frost plugs were just starting to seep.
I am in the process of cleaning and replacing what needs to be done to make this a reliable driver. Plans call for a read trip to Carlisle this summer.
I will close now with some pics and will update periodically. I do what to thank all who have responded to by questions. This is a very friendly and comfortable forum.
The Newport as it sat on the lot 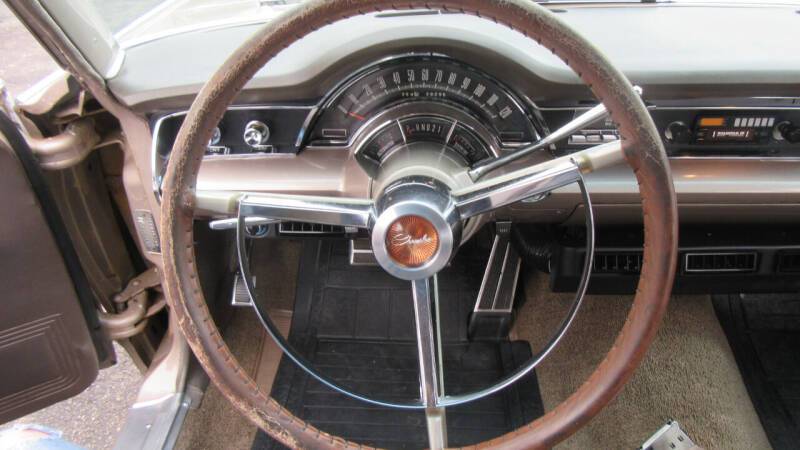 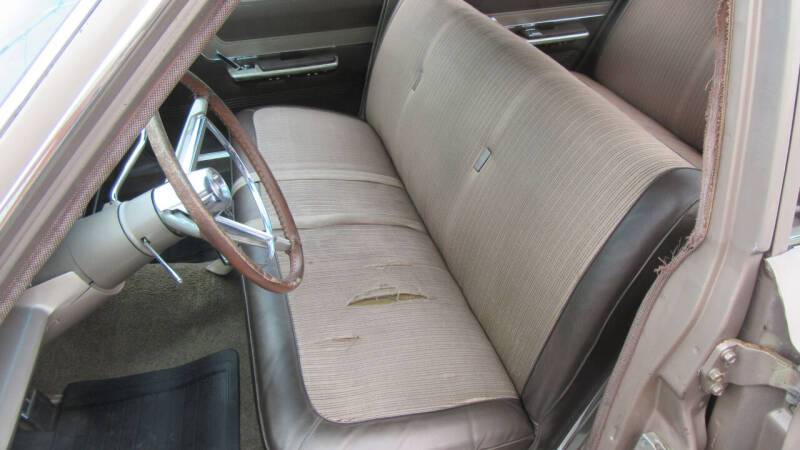 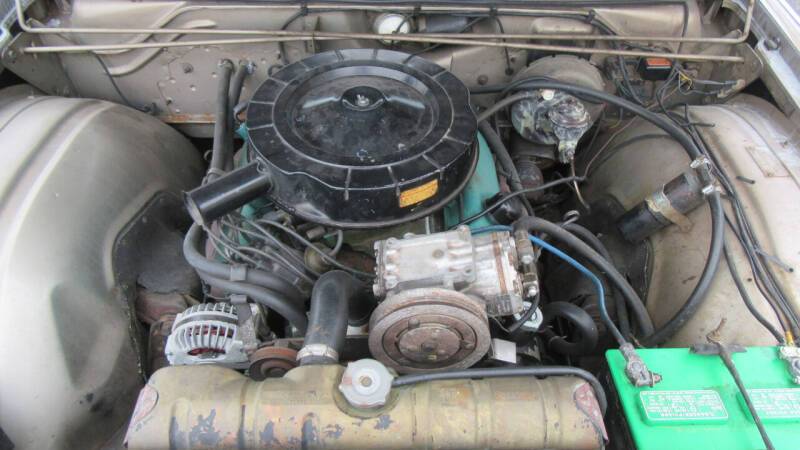 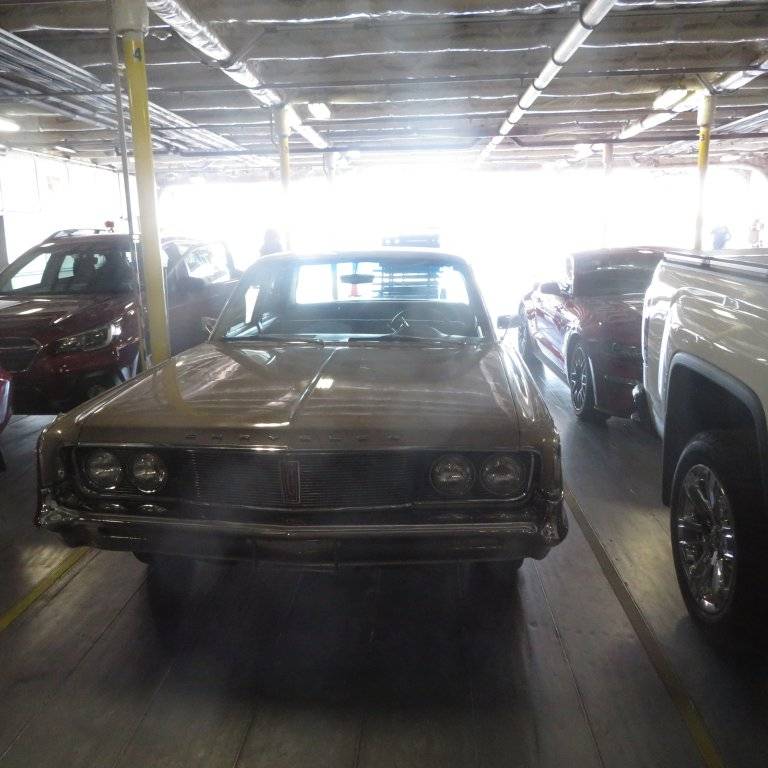 Promised pics: At the dealership 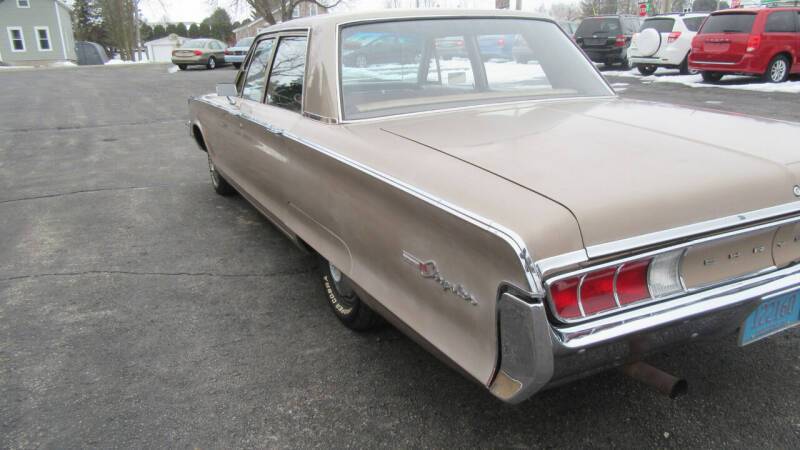 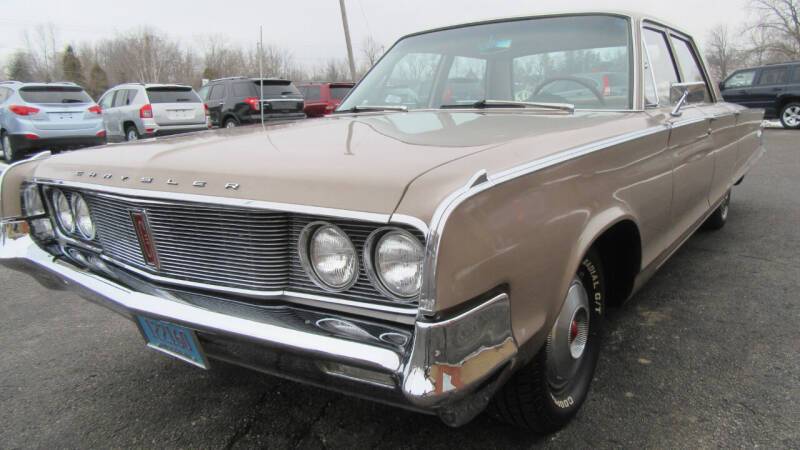 Quite the cruiser, we are going to need pic's of the rest of your fleet though.

Congrats on your cool ride. You got an Omni?

In response to all
I will add pics but I can only add certain ones due to error codes (that is being addressed). with the help of JOEYCHGO I was able to add pics with verbiage
I will say that the GTO is a nice riding car. This GTO however, isn't happy unless something needs fixed. I am still battling an overheat issue at highway speed after an engine overhaul (to LOWER the compression), and a GlenRay re-cored radiator. the fan clutch may be next.
Yes, the last Omni I had was a 1988 5 speed. The car was given to me as the P.O. wanted it out of his driveway. (Long story). I do not own it anymore but it is still on the road with close to 200K. I will attempt to load some more pics:
The Superbee, (see original post) the GTO (see original post) and the Omni (as it looked in 2007) 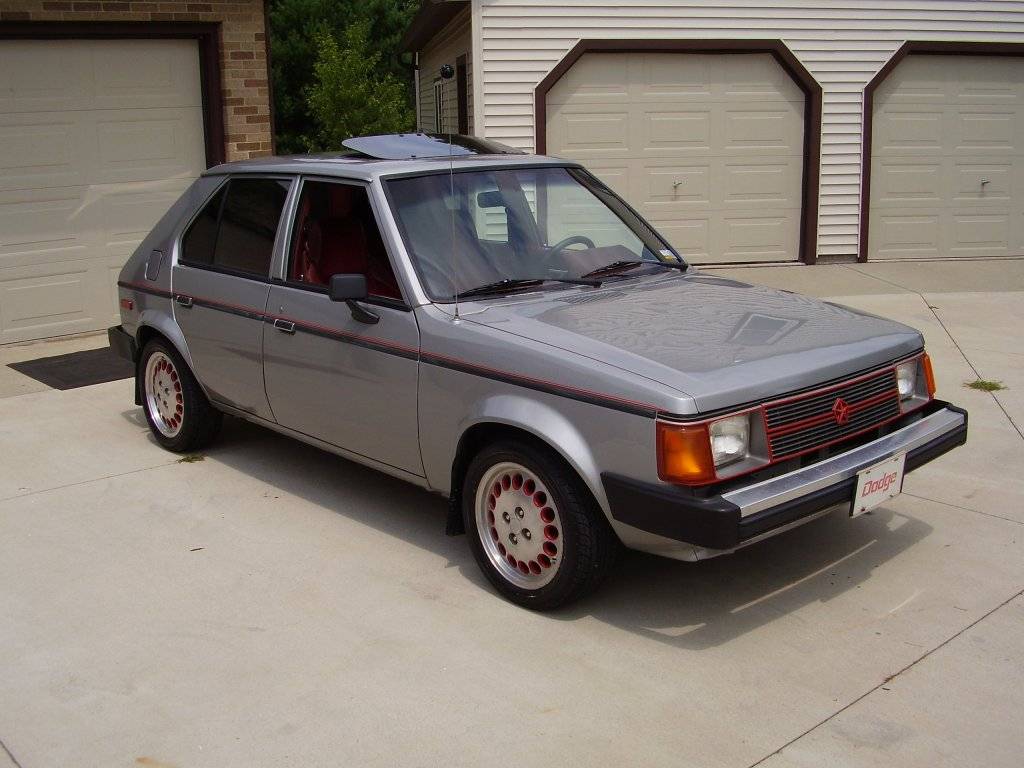 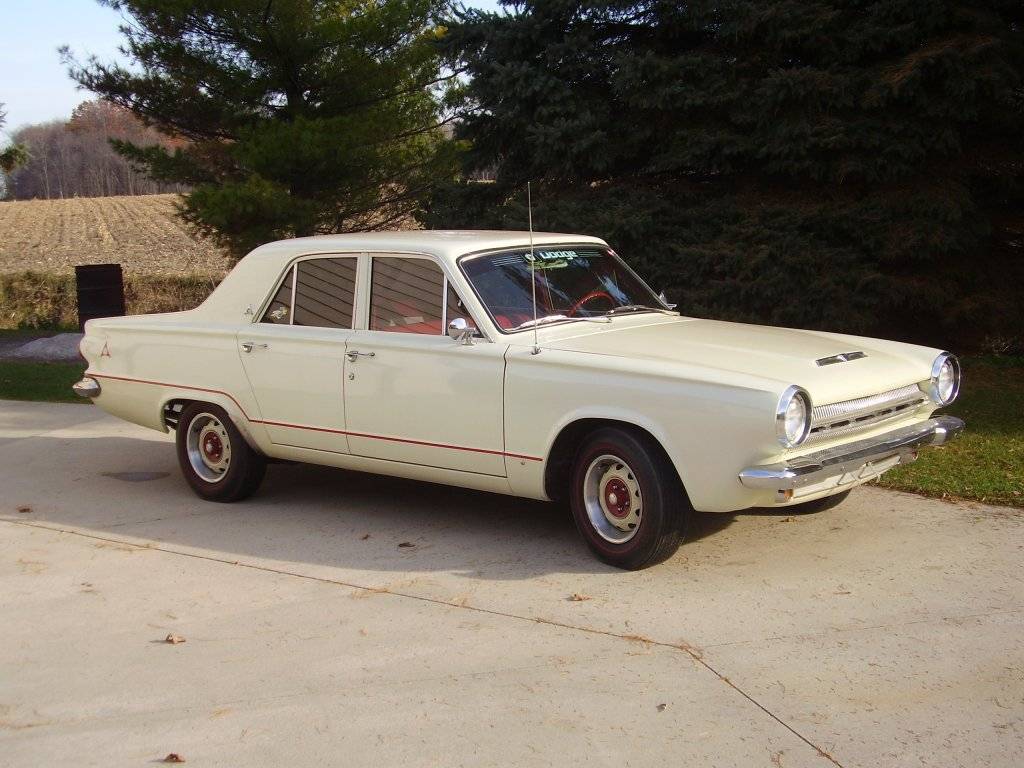 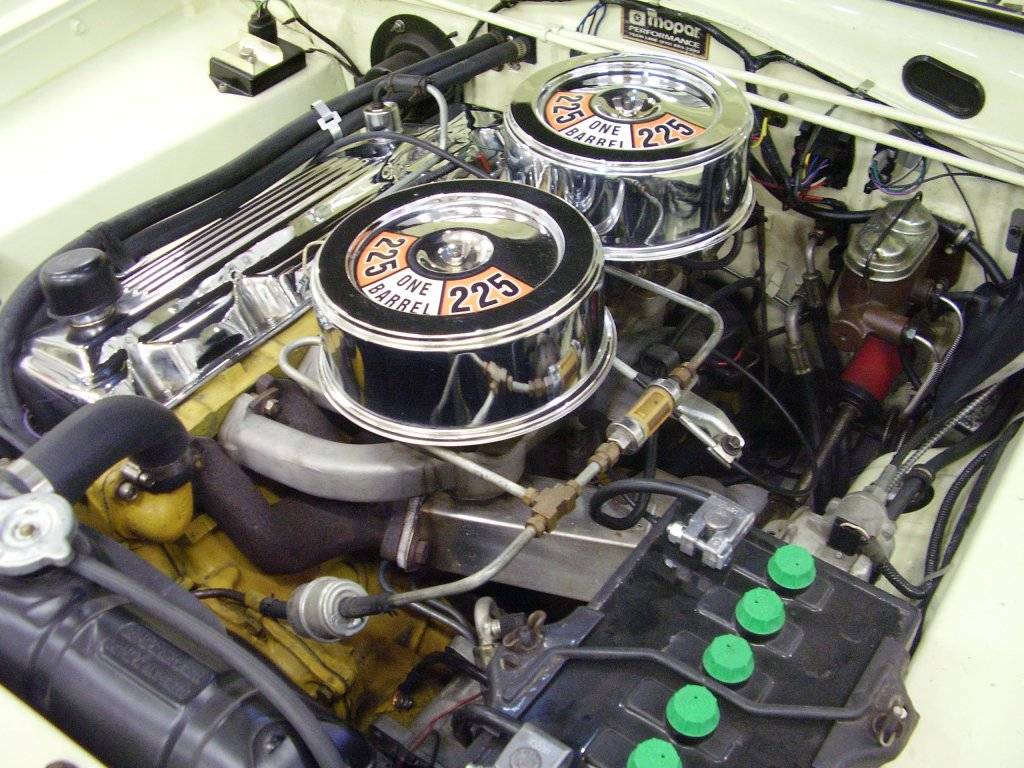 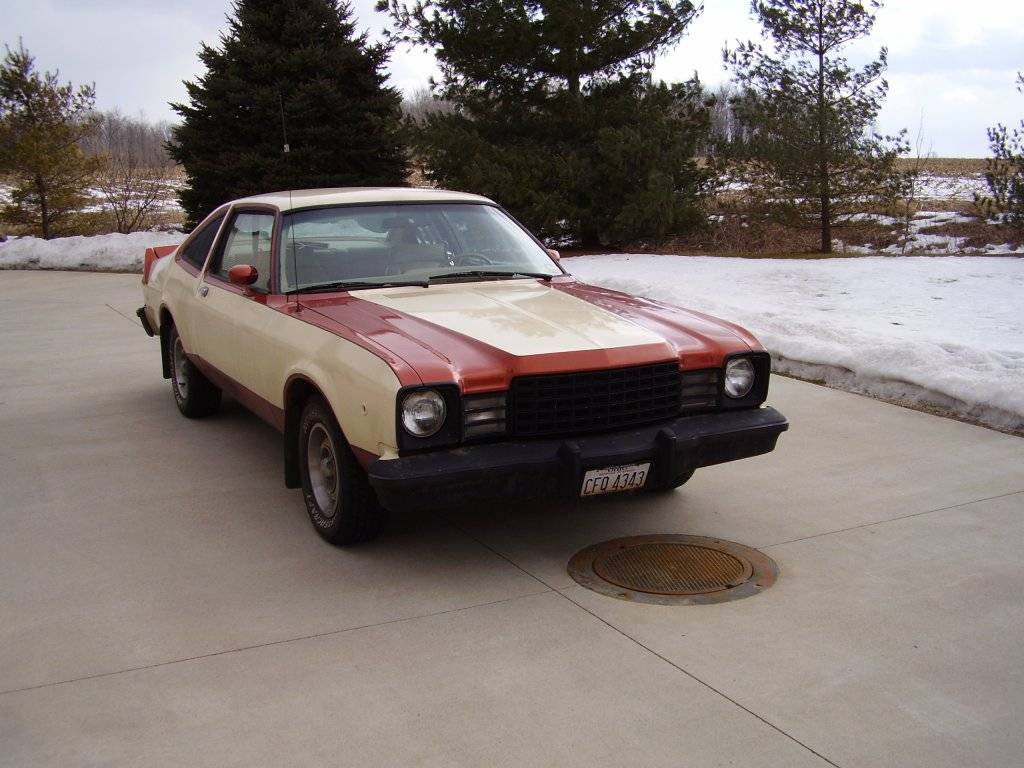 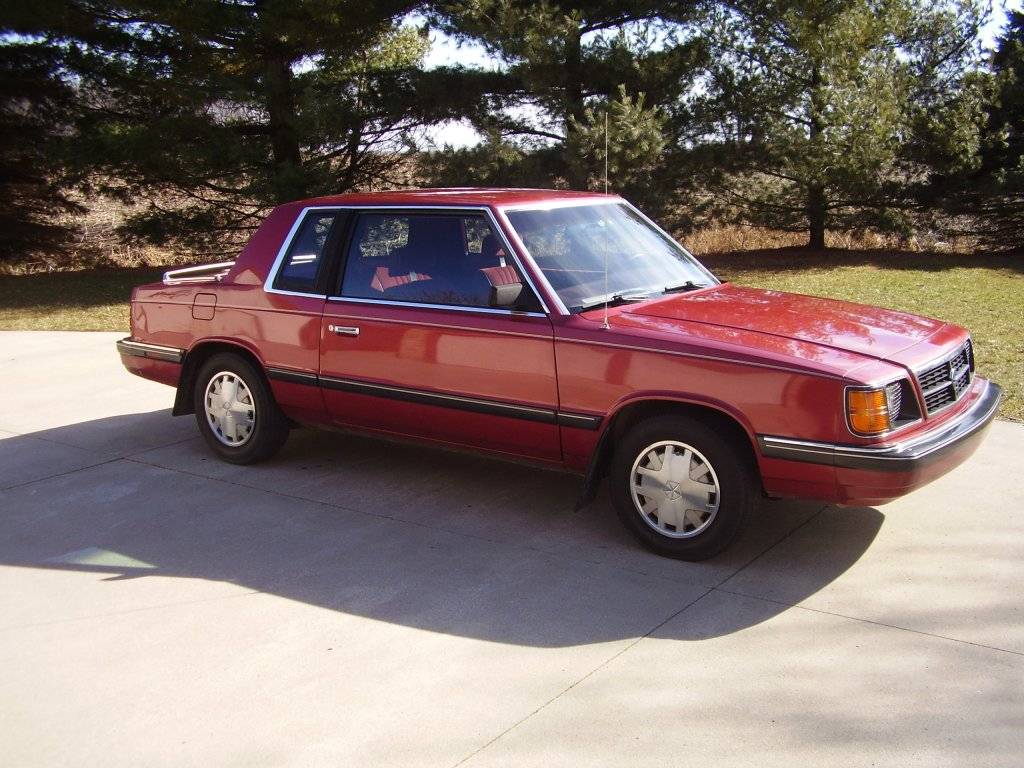 Good Morning All
Well it is now May. The 'Party Barge' is on the road. (80 mile shake down cruise last Sunday). No major issues (the clock keeps stopping for some reason, also a couple of minor oil leaks {valve cover?}).
All mechanical is completed. The interior is also finished, just need to replace the door seals as they leak a in a cross breeze.
Car rides great, cruise control is touchy to set but it does hold/resume. Overall very happy with the out come. Still planning on a Carlisle trip this summer.
Here are a couple of pics of the work. Finished pics will have to wait until the weather co-operates - raining again.
Motor going back in 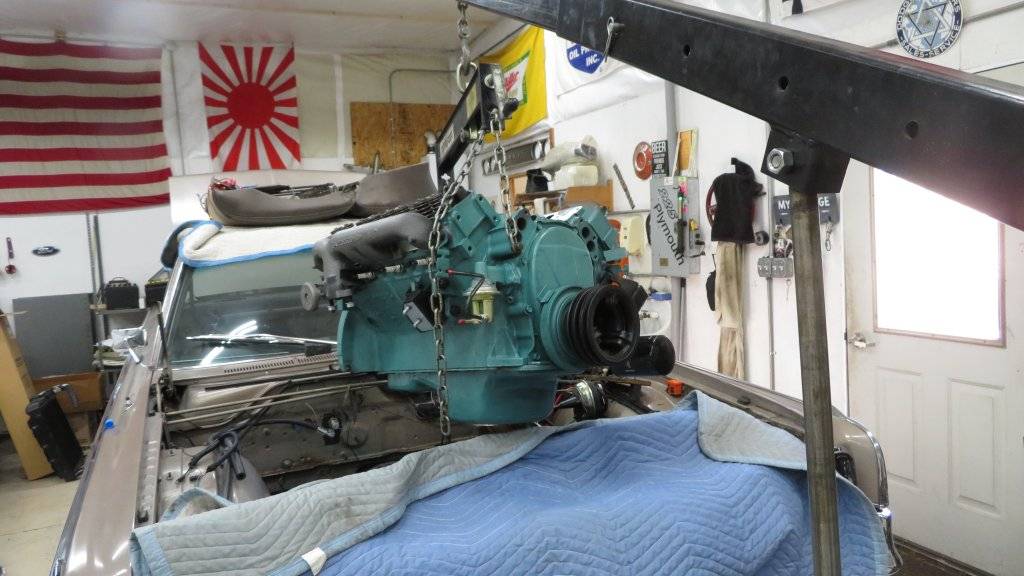 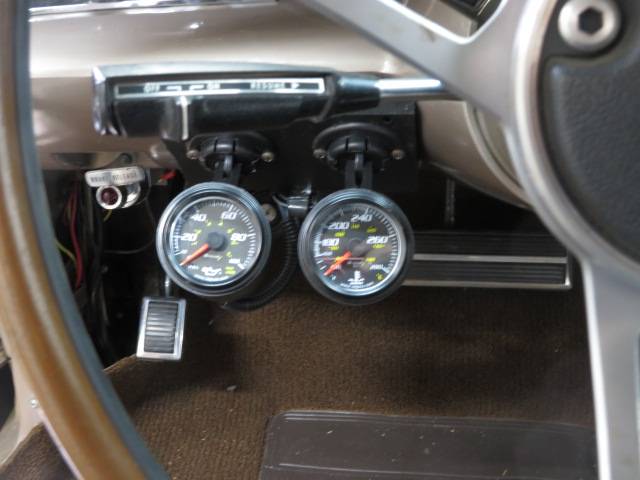 Front Seat (just picked up from the upholster 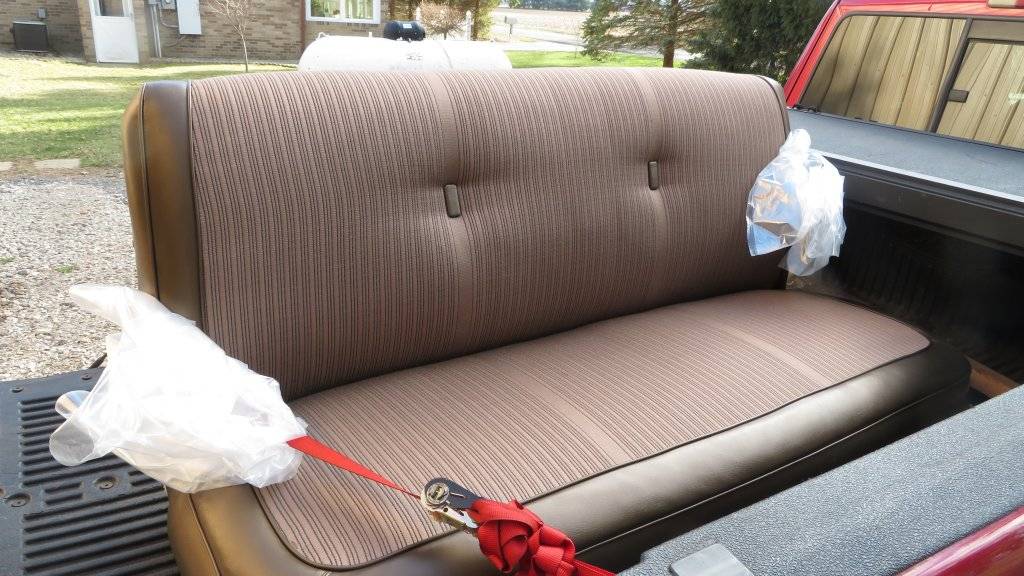 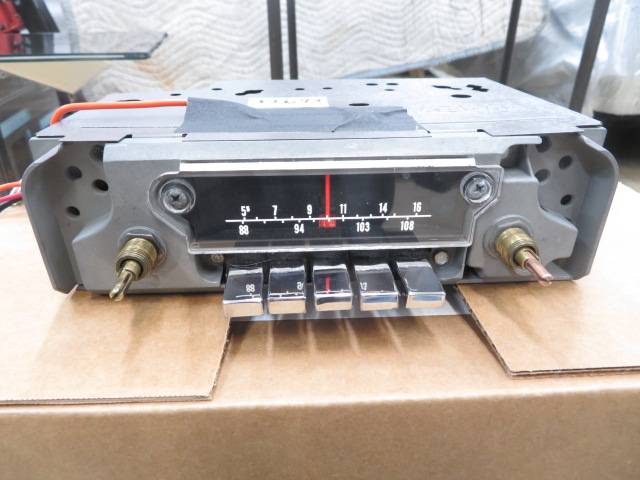 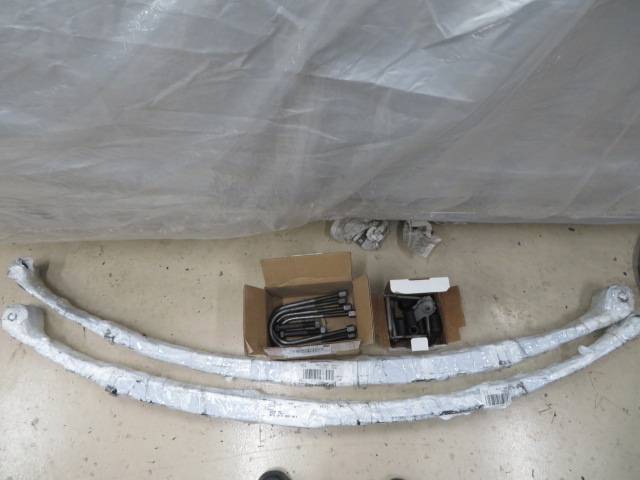 Thanks to all who assisted me along the way.
Omni
Last edited: May 3, 2022
You must log in or register to reply here.

New to me Newport

D
parts of the wiring are missing