My 1968 Newport happens to have a red p/s pump bracket and pulley wheel.

I’m guessing the stock colour should be black (I’ve not seen pictures otherwise but that doesn’t mean some were not red (heck, this one is - but it doesn’t look like it belongs)).

I’m repainting parts under the hood and want to make it look right. 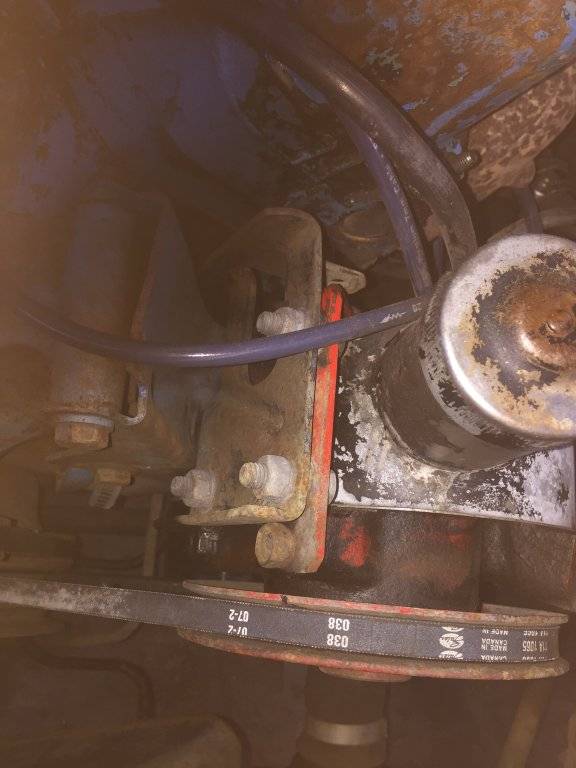 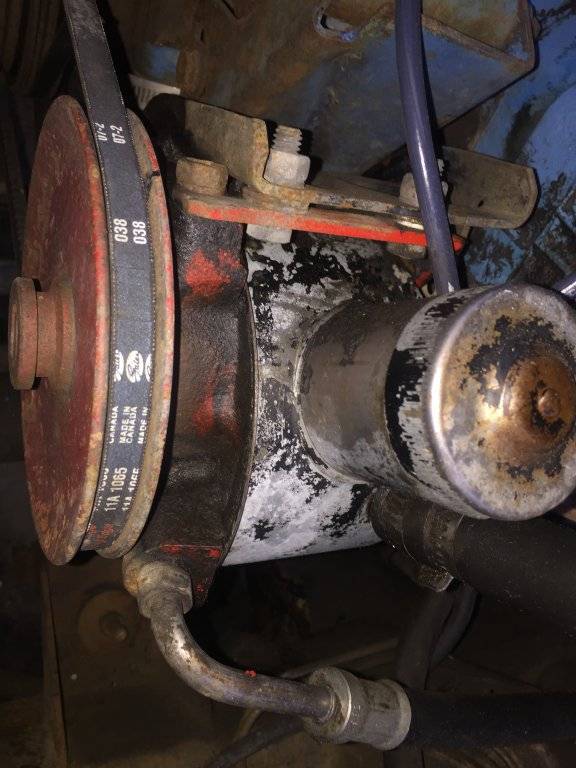 Black brackets along with the pump, I like a semi-gloss.

MrMoparCHP said:
Black brackets along with the pump, I like a semi-gloss.

Thank you - do you happen to know why this one would be red?

Ghostultramarine said:
Thank you - do you happen to know why this one would be red?

What year car, and is it a Canadian build?

Ghostultramarine said:
Thank you - do you happen to know why this one would be red?

Someone painted it with the engine?
Thought it would look cool?

Windsor produced cars had red brackets and pulleys to match the red engines sold in Canada.

300rag said:
What year car, and is it a Canadian build?
Click to expand...

So they must/might have bought the bracket from a wrecker, swap meet or possibly dealer who had a red one to match the engines made in Canada.

I can’t say I EVER recall seeing a red engine that I can remember.

Or ... maybe I do. I went to look at a 383 in high school to rebuild in auto shop class and if memory serves it was red. Guy tried to say it was a 383 Magnum but the bill of sale did not state the magnum part and we didn’t know exactly how to confirm it from the engine numbers so we walked.

Now WHY would they paint the engines here red?

Canadian cars had red engines with red brackets and PS pumps into 67 or 68 if built in Windsor... however, I've seen black ones too - typically USA plant built for Canadian market western Canada cars... it depends on whether the engine was painted as an assembly (as they tended to do in Windsor built cars), or the accessories were bolted on afterwards as it Jefferson built Canadian market cars (like my 66 T&C) - my 66 T&C was a built for Canada car but got a turquoise engine with black accessories. My 66 Monaco 440 4 speed car had its engine built on the police engine line, so the engine was red, but the accessories were installed later, hence the power steering pump and bracket is was always black.

Your car has had some shims added under the bracket to align the pump since the flopper bracket has twisted - they all do that over the years. Your engine is not a factory colour either, and if it was a built for Canada car, it may have had a turquoise engine or a red one... whatever - it looks like the pump was replaced with a used one from a wrecker which was Canadian red, as I don't see any evidence of red anywhere else on your engine etc.

I say do it the way you want - if it were me, I'd paint the pump and brackets semi gloss black. Looks better IMO. 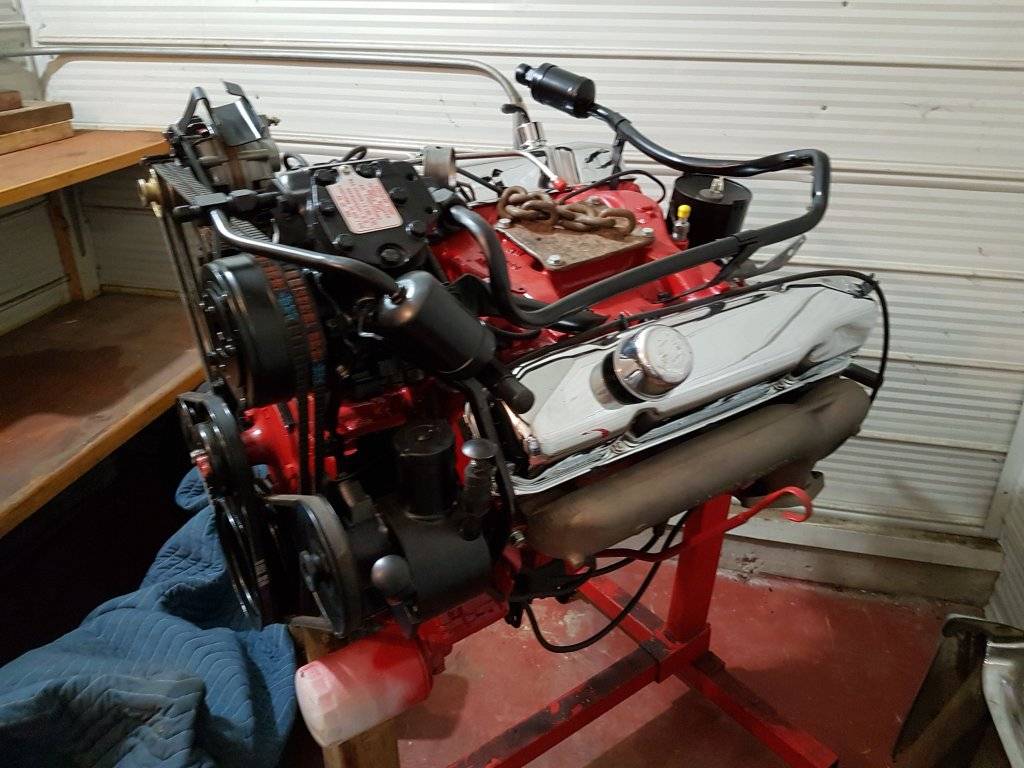 Thank you for the information!

My engine was originally turquoise - you can see the paint under the flakes of the repaint to 1970’s Chrysler blue.

Obviously at some point someone thought they’d repaint it and either could not get turquoise or got the wrong colour and went ahead with it anyway. (See before photo)

I bought the right colour this spring, did a test patch as I’m repainting in the engine compartment and that’s what prompted me to post about the colour of the bracket. (Horns look much better now)

I’m very happy to learn the history of the engine colours and will definitely be keeping my eyes peeled for red engines. 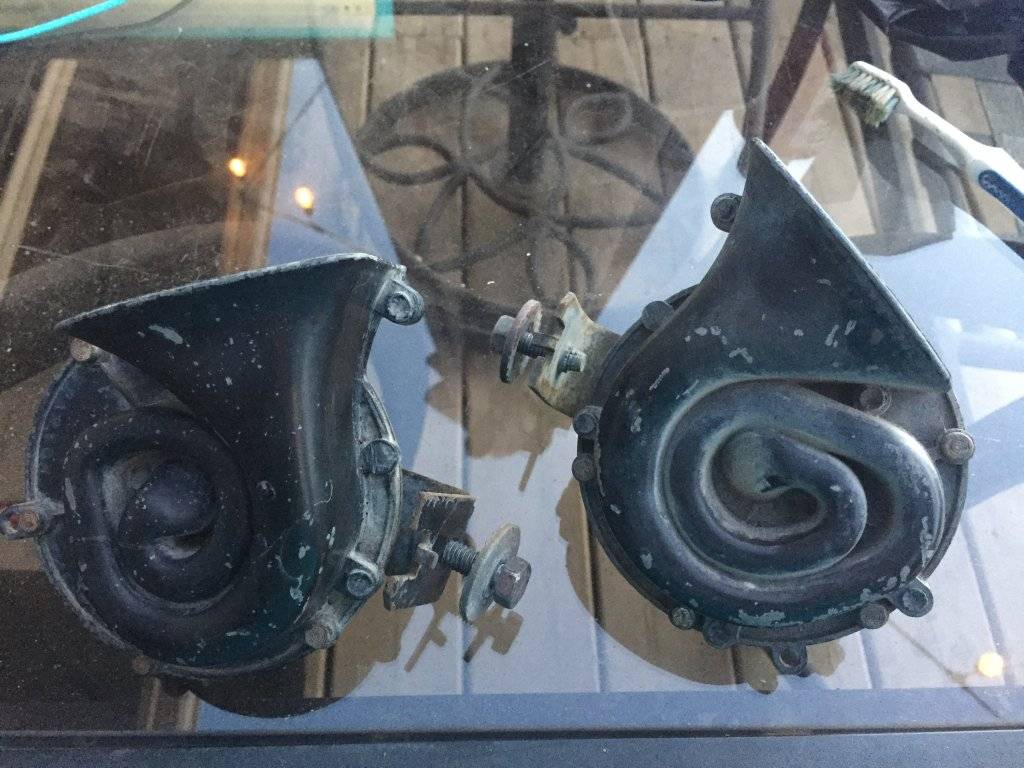 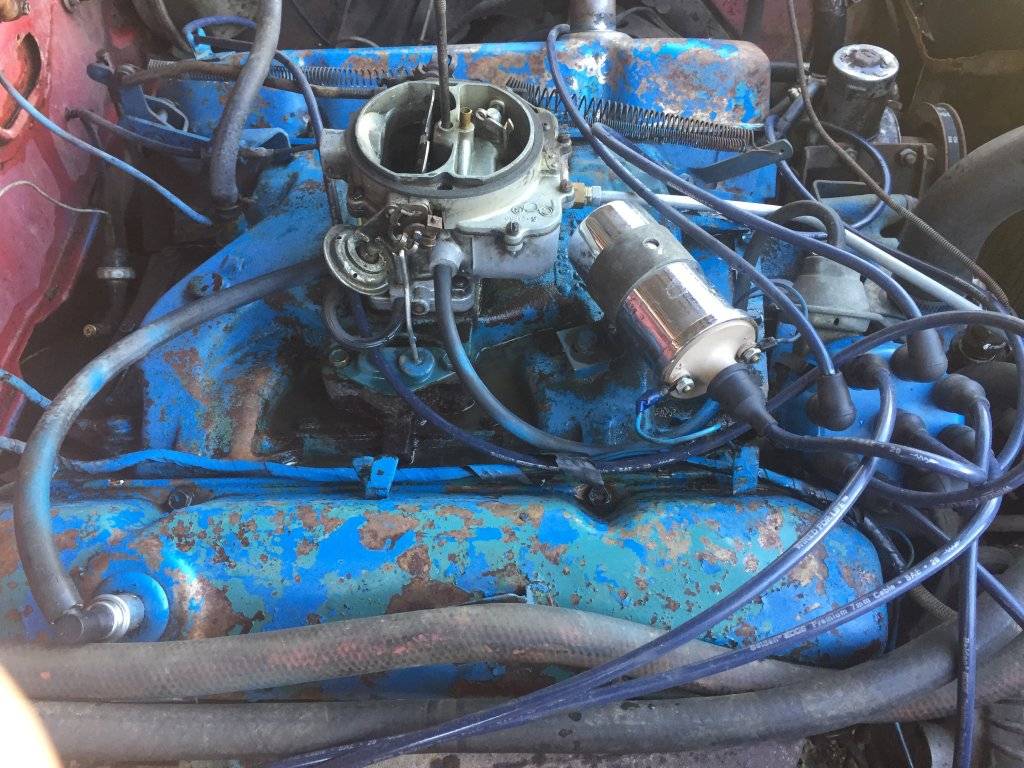 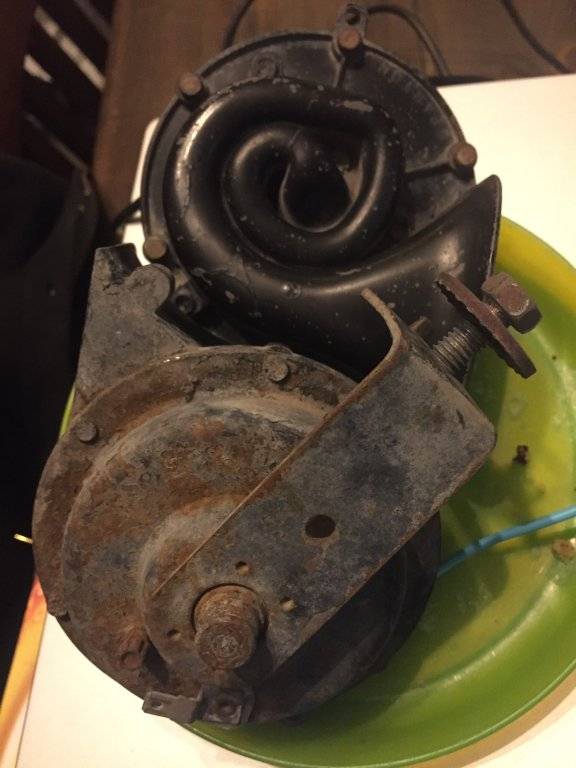 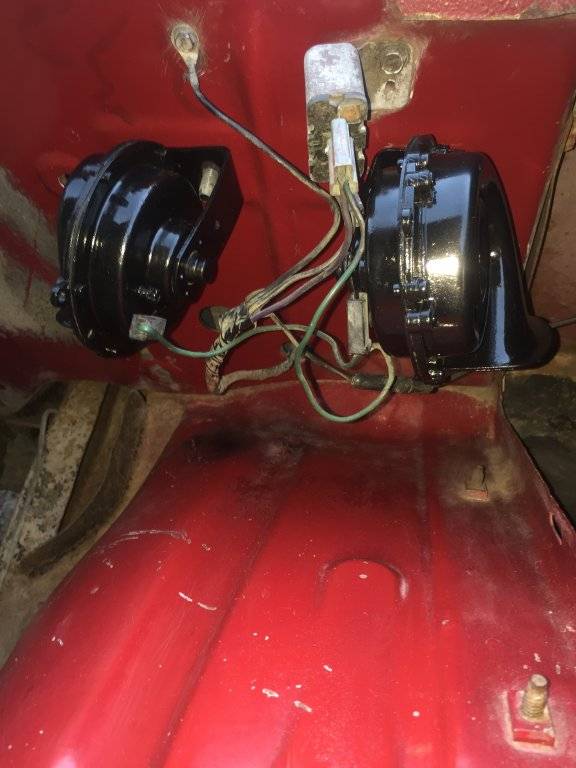 I vote: Black
You must log in or register to reply here.

How Necessary ARE Some of These Specialized Power Steering Pump Tools?