I’ve been meaning to post about this; better late than never eh? In August I sent out my original instrument cluster to be restored by Redline Gauge. 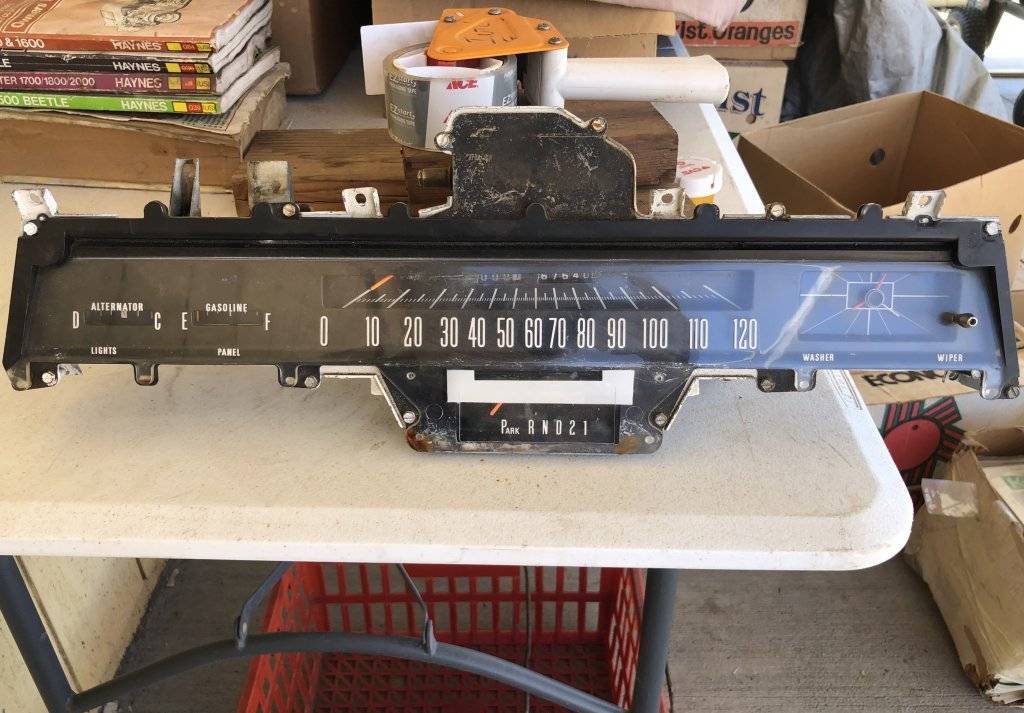 In photos it doesn’t look bad, but we have to remember that this came out of a car that was a rat hotel for nearly 40 years! The plastic cover was cloudy / had a nasty tint to it. The script / letters were rubbing off and the pointers were faded.

I wanted to upgrade from an ammeter to a voltmeter without having a useless alternator gauge that doesn’t function and having to use an aftermarket gauge tacked on underneath the dashboard. I had done some research online and learned that Shannon Hudson and Redline could do the job! Let me just start out by saying he and the team at Redline went above and beyond with the restoration. I had the cluster completely gone through and restored!

I had the ammeter removed and in it’s place is a voltmeter. My biggest thing with this restoration was to keep the ORIGINAL look. Fuel gauge was also replaced. 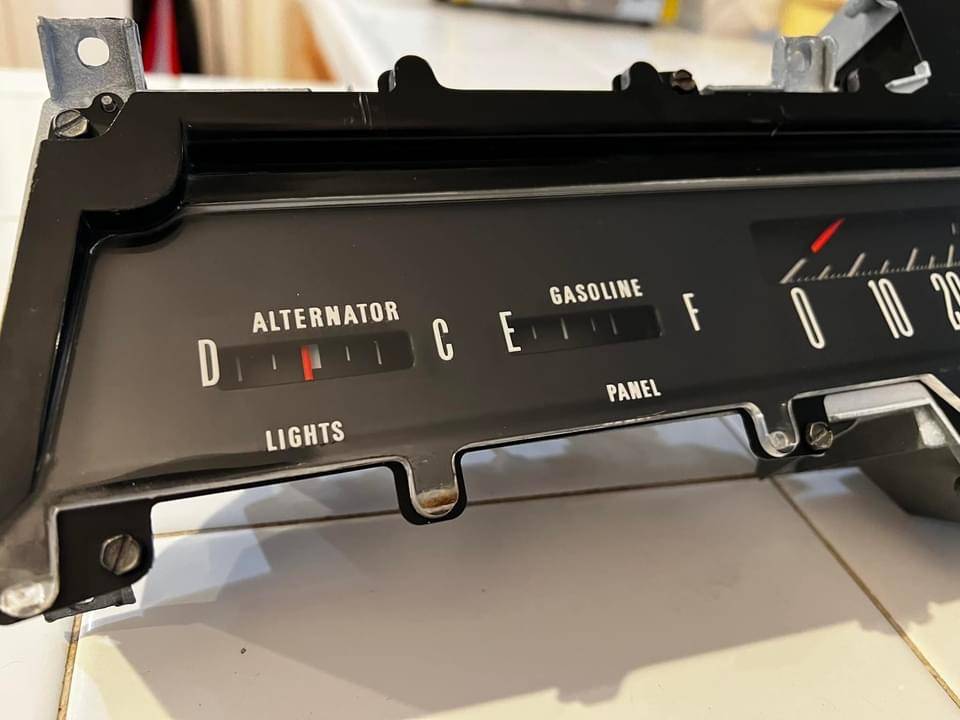 The speedometer was rebuilt inside with new gears as well as being calibrated. 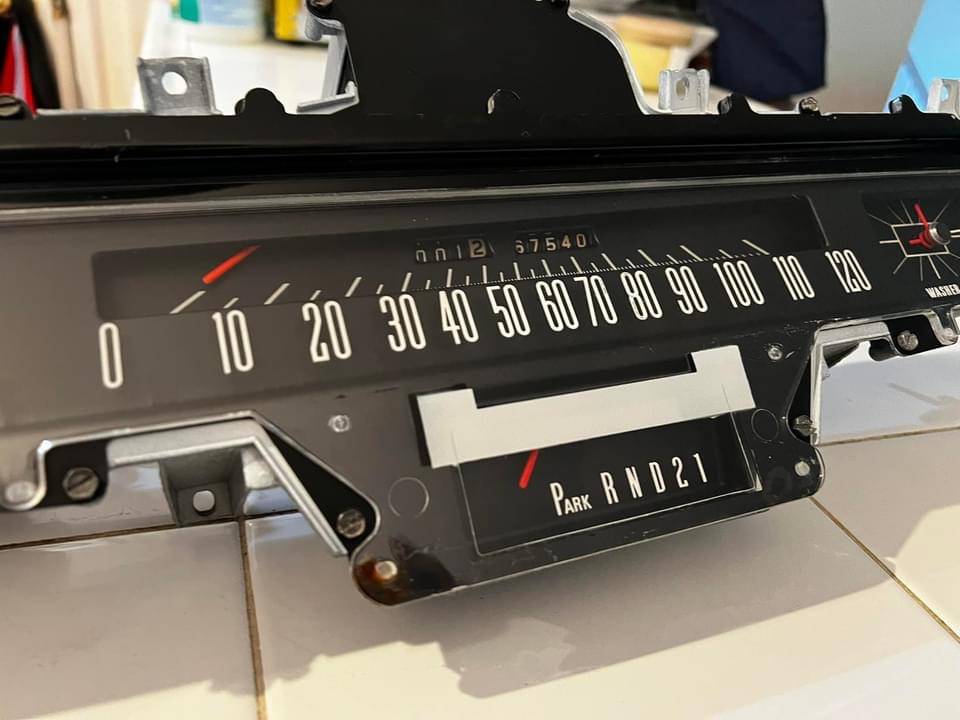 Lastly, I had the clock rebuilt and converted it to a quartz mechanism. I can’t wait to be able to see it working! 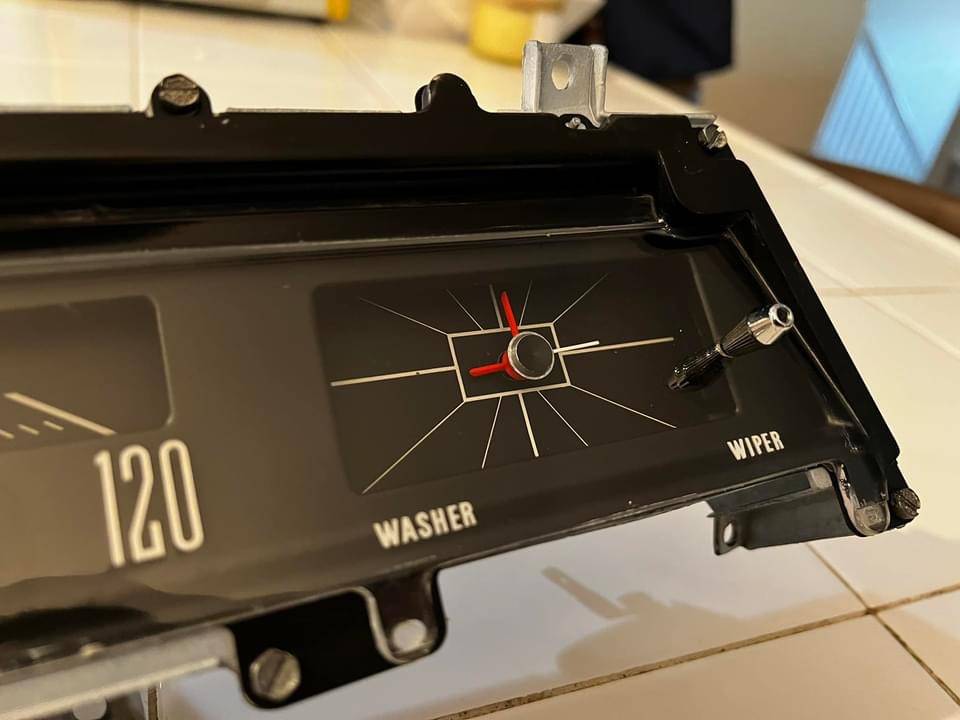 All in all, the price of this restoration was well worth it and so was the wait. You may also notice the plastic covering was COMPLETELY polished, the numbers / letters were redone and the pointers were painted with the correct paint! The only thing they couldn’t fix was the trip meter reset. Every number resets except for the white one at the end, but to me that’s no big deal. I’m very excited to soon put the dashboard back together! I upgraded to an 8 track radio as well… it’s going to be one good looking dashboard! 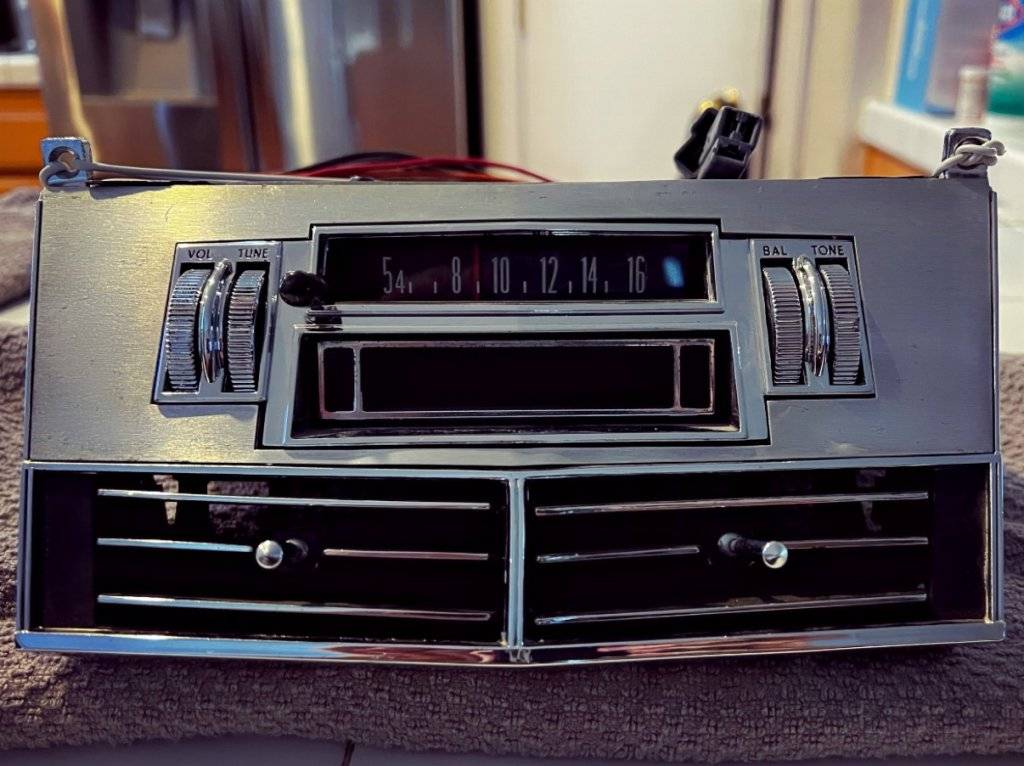 That is impressive! Nice upgrade to the AM/8 track too. Thanks for keeping us posted on the progress of your New Yorker.

Was your inst. cluster from an Imperial? I think they might actually interchange with other C-bodies in '67-'68. It cleaned up beautifully. Redline Guage, good to know. THANKS for posting this, and looking forward to more. One thing with those thumbwheel radio controls, they need a cleaning every few decades, but you probably already know that....... Good luck with the rest!

Imperialist67 said:
Was your inst. cluster from an Imperial? I think they might actually interchange with other C-bodies in '67-'68.
Click to expand...

Similar shape but Imperial was nice enough to include a temp gauge and oil pressure gauge.

Very nice! Keep us posted on future updates and changes. Looking forward to watching your progress!

Inspires me! I've been replacing sundry incandescent bulbs w LEDs, fixing switches and cleaning them up. Repaired the right hand upper circuit board w a dab of copper tape to get the turn signal lamp working, and will eventually break out some more $$ and get the solid state 5V power supply for the gas gauge. I've buzzed Redline once or twice about our currently defunct '66, but this '68 dash is a LOT easier for me to work on at home. IFF I still get bounce out of the speedometer after I install the 34 tooth pinion gear this weekend, I might want to have the mechanism redone.... For now, I just use some humble old Stewart Warner and Clark Brothers gauges for the tachometer, 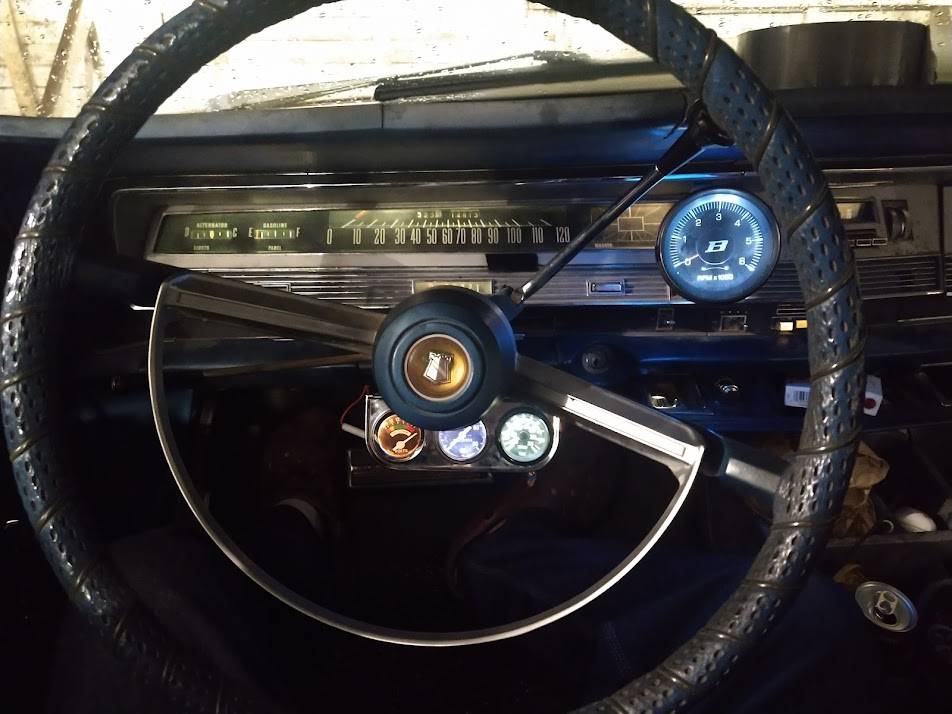 oil pressure, coolant temperature and system voltage. I bypassed the ammeter, but know of a surplus electronics shop nearby that might have a workable voltage meter that would fit where the ammeter abides. Alas, there is only so much time in a day, and so many dollars in a bank account.... I LOVE your CLOCK! THAT I also want to get!
You must log in or register to reply here.