I would retard the timing 10 crank degrees and see what happens. Just sounds like it is way to advanced. 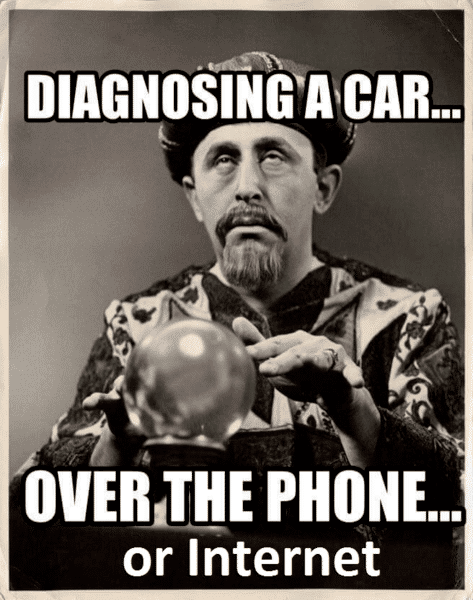 1970cat said:
tan is good. why were the other plugs replaced?
Click to expand...

Plugs were replaced because earlier this year (spring 2018) I brought it to my mechanic complaining about a rough idle. Engine bouncing and kicking at idle and listening to the exhaust, it sounded sometimes like some cylinders weren't firing with a puff out the exhaust. We both thought it was ignition related so I had almost all the components replaced and reset to factory. New points, condenser, new plugs, new wires, new coil, reset timing to specs in manual, dwell, all that.

halifaxhops said:
I would retard the timing 10 crank degrees and see what happens. Just sounds like it is way to advanced.
View attachment 219207
Click to expand...

I did that back in May. The car still ran but still had detonation albeit less. It also had no power (it still had power but it was not as quick to get up to speed).

I have a new question. Yesterday when I was driving, I had that off idle stumble again. Is it possible that the accelerator pump is making the air fuel mix sooo rich that it bogs the engine? (I don't think because I'm not putting my foot down enough to use the full travel of the pump).

I think it either might be sticky weights (10% likely) or float bowl set incorrectly (90% likely).
M

In other words, it's starving for gas under acceleration

Just a thought here, it's a low mile motor so I assume it's never been rebuilt? You mentioned you'd pulled the valve covers, how were the valve seals? Do you get that tell tale puff of blue smoke when you start up initially? Reason I say, I had that puff of smoke and allot of detonation, (mine is just past 100k), went to change the valve seals and only four of them were intact, and those were hard and brittle. The rest were just pieces. With the new seals, all settings per FSM, burns no oil and detonation gone. Even sounded better, I was running a semi-diesel.

68 4spd Fury said:
It has the "Chrysler Cleaner air package" car was sold new in Wisconsin so probably not CA emissions. Don't know if it was exclusive to manual trans cars or not. View attachment 219065
Click to expand...

That looks like the California Air Package specs from my 1966 FSM. I would love to have the gadget that switched from manifold to ported vacuum w that package; INGENIOUS!! Nice elegant way to use modest tech to lengthen the spark burn. Check it out.
You must log in or register to reply here.

Thermal Ignition Control (TIC) Valve - do I need it?