On my 66 Belvedere I bought back in August. I've had precious little time to work on it. One of the things I wanted was to sell the bench seat & install a pair of buckets. I got nothing against bench seat. I just installed a nice one in my 66 Polara. On the Bel I just wanted buckets. So I put it up for sale. Lots of tire kickers & people a thousand miles away wanting shipping. No problem I'm use to that. Part of the deal. Finally in early January a guy not too far away sent a msg. He wanted the seat. When can I pick it up. I'm somewhat flexible so I replied what's good for you. He wanted to come during the week in the afternoon. Yet he really wasen't sure about a time or day. Weekend he said where out of the question. So I told him if he paid for it I will take it out & take to a neighbors house who is retired & home most of the day. Just call him & give him a heads up. The neighbor was ok as long as the guy came in a few days. So I told him what the neighbor said Great he said. He paid & said he would pick in up in 2 , 3 days max & would call first. So I took it out & carried it down to the neighbor. A week went by & nothing. The neighbor called & said he had to move it once to get a car in his shop. I told him I would text the guy & see what's up. The guy said he was busy & would come first of the week. Another week & nothing. Neighbor called again. Little more urgent that this seat gets out of his way. So called the guy this time & told him the neighbor was getting antsy. What's the deal. He apologized & again said first of the week. He did call the neighbor Sunday & confirmed a day & time. Well he was a no show. He called me & left a msg to call back. I was right in the middle painting a car & when I got to a stopping point I called the neighbor instead because I was getting a bit tired of the excuses & dont like getting into it with anyone especially a customer. The neighbor said he's heard nothing. So I waited till that night & decided to text. He quickly replied that I can keep the seat & the money. I replied what? And that was it. So I have tried to work with this guys schedule & make it easy for him to come when ever he can. So now I got to pick the seat back up & put it back in the car & try to resale it again. Take it back out. This has kept me from getting my bucket seats ready as I want to paint the floor of the car & clean up any surface rust after I get it cleaned. I dont have anywhere else to put the seat as my shop is stuffed right now. I move a lot of cars & have two that I bought & haven't picked up yet & trip to that demo guys shop to look at his stuff he's threating to throw in the dumpster if I don't come get it. He's been extremely patient too. Now I got to resale this seat.

Throw it out. You got paid.

commando1 said:
Throw it out. You got paid.
Click to expand...

Na, someone needs it. I'll refund his money less a handling fee if I resale it in a reasonable time
D

Where are you? I can use it for my 66 coronet. What do you want for it

I posted it on the B body site FBBO
D

Ok the Fastenal closest to me is in wentzville mo. However you want to be paid just let me know
D

d5667 said:
Ok the Fastenal closest to me is in wentzville mo. However you want to be paid just let me know
Click to expand...

d5667 said:
I should have asked is it a two door seat or four door-I need a two door
Click to expand...

Yes it's a 2 door. It folds to allow entry to rear seat I'll get you a pic when I pick it back up.
D

C Body Bob said:
Yes it's a 2 door. It folds to allow entry to rear seat I'll get you a pic when I pick it back up.
Click to expand...

That's fine, I realize I will have to recover it to match my interior. Consider it sold just tell me how you want paid.i bought a 66 parts car with bucket seats and console but I really wanted the factory bench. Thanks

Check with Fastenal first. Make sure they have a truck comming.
D

C Body Bob said:
Paypal to [email protected] My neighbor is at the flea market so I won't be able to get it till tomorrow
Click to expand...

Ok that works. I don't know if Fastenal will ship COD, if not let me know the shipping costs. Thanks Don Lee

d5667 said:
Ok that works. I don't know if Fastenal will ship COD, if not let me know the shipping costs. Thanks Don Lee
Click to expand...

Yes you pay them directly. Fill out an online quote. Sometimes they will say they do t have a truck comming. If that's what they do go to the store & talk with the manager. My guy here in Youngsville has been able to pull some strings for me to help move stuff. 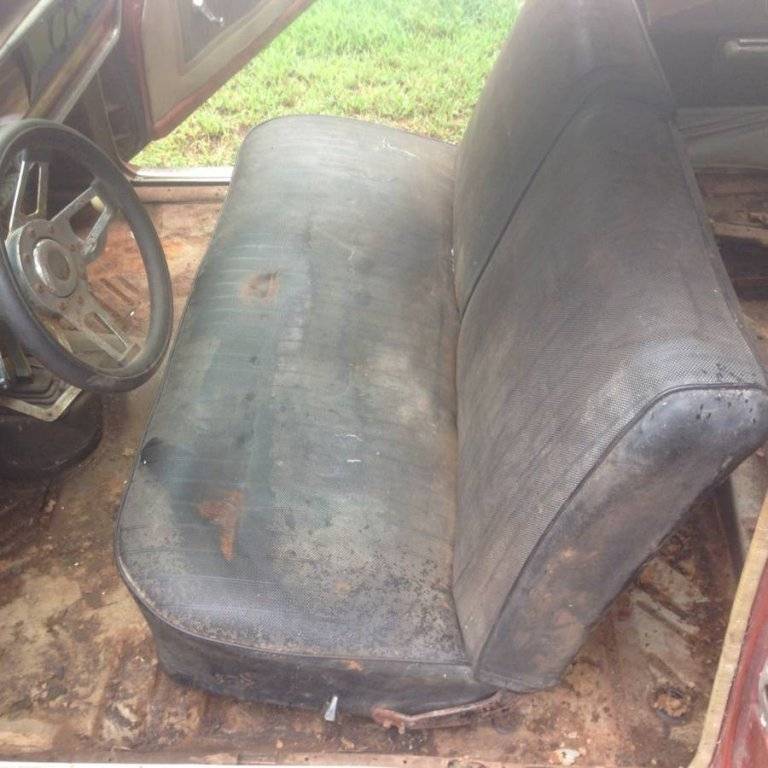 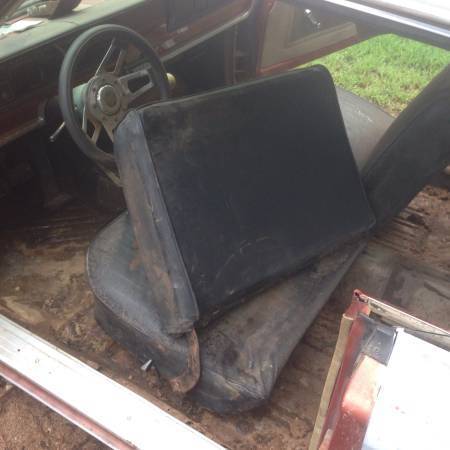 I found my pics from my add.
D

Looks like I had better go to the store. I don't see an online quote

d5667 said:
Looks like I had better go to the store. I don't see an online quote
Click to expand...

Go to third party logistics. If I remember correctly it's at the very bottom. May be under site map. The store won't do it.
D

Hate to keep asking questions but what zip code will it ship from?

d5667 said:
Hate to keep asking questions but what zip code will it ship from?
Click to expand...

Let you know what they say
You must log in or register to reply here.

Upholsterer has my seat - unresponsive