Thoughts on my carb choice?

I know this is one of those kinds of questions that has a bazillion different answers… but I’m trying to be sensible, and not over carb a STREET driven 440 that will never see the race track or compete in any race. 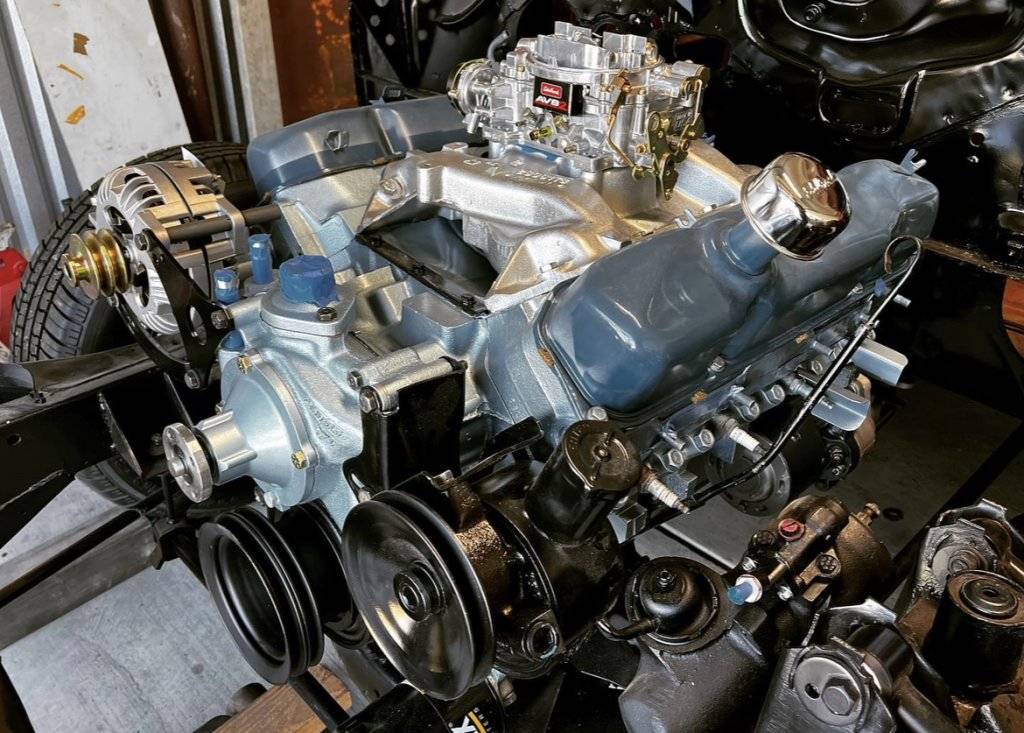 I’ve done my own research on how carbs move air and how much of it they move! By using a CFM calculator (because science right? LOL) to get a rough idea of what “should” be used on my application. I got 650, which seemed pretty sensible once I put everything together. I’ve got stock heads, stock intake, exhaust manifolds etc etc. Only thing that’s changed was that it’s been bored .030 over.

From what I understand, OVER carbing a car can really hurt its performance and just how well it behaves overall. Like, if I threw an 850 on this car - wouldn’t all my power now be at the top end and the car would be a dog at low RPM’s?

My understanding is that if I were to run a bigger carburetor on this particular setup, I’d have bad drivability due to the huge ports trying to flow more air than the 440 can produce. The port velocity will slow down when the size of the ports get big. A GREAT analogy i’ve heard compares these sizes to a small garden hose vs a a big tube… one trickles and the other sprays!

Am I on the right track with my thinking? I still have folks who think I should’ve went with a bigger carb, but again - this isn’t a performance car nor a racer. It’s a practical daily driver that I want to be reliable and have great drivability. Looking forward to your insight. Learning here has always been the best for me!

Remember, new carbs out of the box run lean so you may have to buy a tuner kit with bigger jets and select metering rods.
For comparison sake, the mid 70's low compression 440's ran 850 Thermoquads.
They had smaller primary's for MPG and toilet bowl-sizd secondary's that flushed out bowties and blue ovals!!! 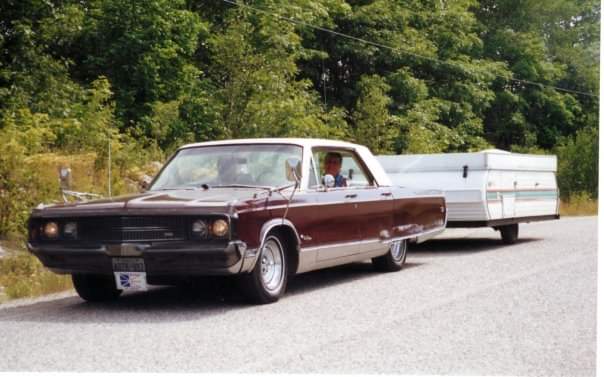 Where, if possible, carbs get to big is when you open the secondaries. On most approx 600cfm square bore 4bbls, the primaries are 1.56" diameter throttle bores. Same as the 2bbls on 383s, which is fine and will work well up to about 3000rpms at WOT and in general driving. Nice flow velocity through the primaries, fwiw.

The 750cfrm 4bbls usually have 1.69" primary and secondary throttle bores. Which is the same as the larger Rochester 2GC carbs used on some Chevy and Pontiac 350-400cid V-8s in the later 1950s-earlier '70s. Still works well on the primary side, might even take slightly less throttle input for a given road speed as the larger throttle bores will be open slightly less than with a 1.56" throttle bore size. This might make the engine feel a bit peppier and responsive in normal driving, by observation.

On the Holley 4bbls, with their vacuum secondaries, the secondaries are only supposed to open enough to give the engine what it needs, air flow wise. Which can make them more forgiving as to carb size and engine air flow needs. Getting them to fully open might need the use of their secondary spring kit, possibly.

On the Air Valve Secondary carbs (Carter/Edelbrock AVS, Carter TQuad, and Rochester QJet), the secondaries can manually open, but the real air flow is governed by the air valve up top of the secondary side, which is usually ultimately controlled by adjustable spring pressure when the engine is warmed up and the choke is fully open. Too weak of a spring adjustment and a big bog can reault from too much air too quick, by observation. Just the opposite if the spring is adjusted too tight.

On the AFBs, there CAN be a "secondary air valve" just above the sedondary throttle plates. It opens with air flow over them, with a counterweight to keep them closed until the additional air flow is needed. You got them to open quicker by removing weight from the counterweight.

There is ONE OEM exception to the above sizing rule, the 1971 "Road Ruynner/Super Bee" 383HP engine. It had the combination of 1.56" primaries and 1.75" secondaries, for a rating of 750cfm. One year and one engine only. Holley used to still sell that carb under the factory Chrysler "Holley" number, but with several improvements (i.e., dual inlet race bowls, electric choke, and their aftermarket throttle linkage set-up), for a good price.

After you get the engine up and running, cam broken-in and such, pull a few spark plugs and look at the ceramic insulator. If it chalky white, you definitely need larger main jets. If more beige than chalky white, it should be good to use as it is, until you can drive it and see how things go.

The Holley's that the factory put on our carbs were only 625 cfm. I've got this exact carb waiting to be put on my car. Just to many other projects to fiddle with swapping carbs when what I have is working. I'm trying the new carb for two reasons; 1) I have an off idle dead spot and 2) hoping for maybe a little improvement in mileage, but I'm skeptical on this one.

Isaiah Estrada said:
Am I on the right track with my thinking?
Click to expand...

When I bought my stock 440 69 Fury I checked to see the model of carb and to my horror it had a Edelbrock 1406 600CFM carb. I thought sure it needed at least a 700 CFM on up. So I did some research and what stood out on Edelbrock's site and a few others was a table of when a carb starts becoming a restriction to airflow depending on rpm and displacement. Too my surprise a measly 600 cfm carb becomes a restriction on a 440 at mid 6000 rpms. I then also learned a smaller carb would atomize the fuel better, have better manners around town , better mileage etc. I realized that I would never in my right mind run a stock 440 over 6000 as there is no power there anyways and ran the engine with the 1406 with no problems till I retired it recently.
I see you put an AVS2 Edelbrock on your engine. Great carb with the annular primaries. I use a Edelbrock AVS2 on my stroker. Nice carb.
In my opinion you are right on track.
Last edited: Sep 28, 2022

I run the 800cfm AVS 2 on my 1970 Fury 440. It runs excellent. Gas mileage is not great. I haven't calculated exact numbers.
Since you already have the smaller AVS 2, I think you should install it, run it, and then decide

I think your carb choice will work well, like cbarge said you may have to buy a tuner kit to really dial it in
M

You could also give Woodruff a call, they advertise here. Great guy, great Customer Service! Built a 4640S for my 505ci.
Carburetor Restoration in Youngstown, OH | Woodruff Carburetor Specialties
You must log in or register to reply here.

She’s ready for a drivetrain!
2