Marv said:
I don´t see a way to cover this up

And the sunroof isn't much better.

Guess what my vote is

I like both. Depends on how much body work is needed to present the roof without vinyl if vinyl was present before, and of course, the colour. Some colours are too much if not used with the contrast of the vinyl roof. That's personal taste of course, and the main concern of vinyl is that it will have hidden a lot of sins, like the rear window plug, and the areas around the sunroof which can both be difficult (read time-consuming) to smooth out.

Also keep in mind that some cars had different window trim moldings for vinyl roof cars than for no vinyl roof. If you install vinyl roof moldings on a car without it, there may be gaps... Some cars did not have that issue (like my Monaco), but some cars do.

My turquoise 66 Monaco had a vinyl roof prior to resto but the turquoise demanded more sheet metal for display (I left the A pillar moldings on in case I decided to install the vinyl later on), and my red 66 Monaco will have the vinyl redone when the time comes, as it would just be too much red otherwise. 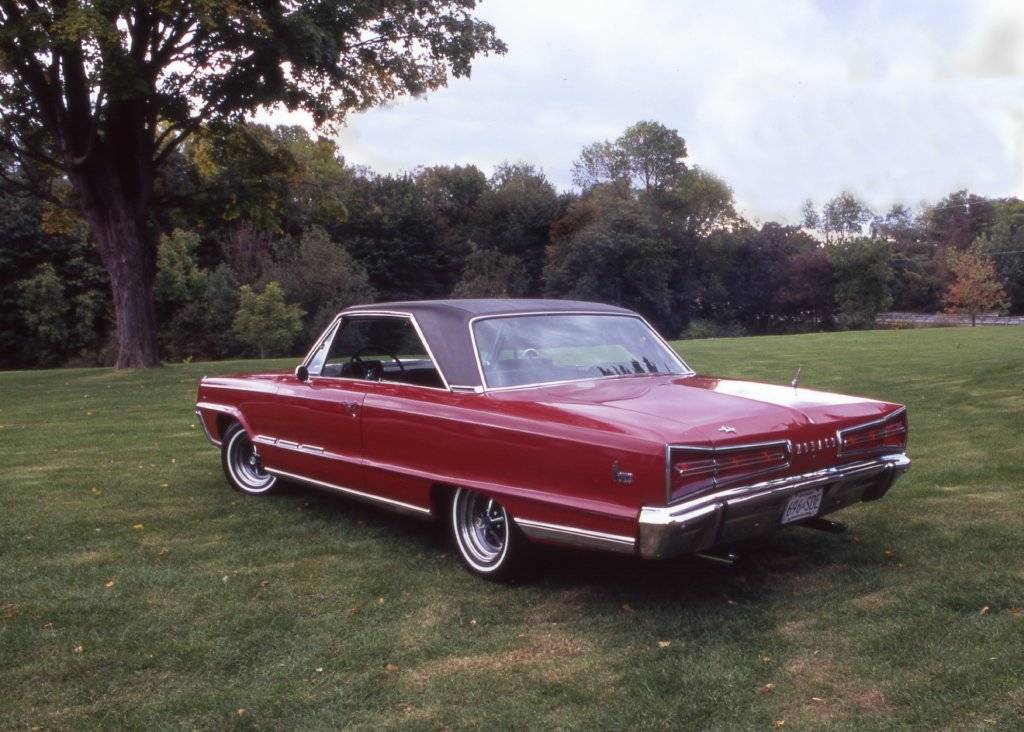 Big_John said:
But, tell us how you really feel and don't hold back this time....
Click to expand...

I retract my post. I forgot about the plug.

Moseman said:
I have a 72 2 door, sunroof car. I am having it restored, so we are talking about the whether to replace the vinyl top, or to paint the top. Any opnions out there? We are looking at a brown metallic color with a lot of pearl in it. PPG Sunset Bronze Metallic. Looks great in the sun. The car is solid, some issues with the sunroof, but all else is good. Ignore the wheels, we will go back to original wheel covers. BTW, the blue one I am thinking of selling. It is a 73. (I remove the skirts to put the wheel straps on the rear)

They were meant to have vinyl tops. It is ultimately your choice but if they were mine, I would go with original / stock. Tell us more about the 73 if you want to sell it. Many of us might be interested.

chrysler_fan said:
They were meant to have vinyl tops. It is ultimately your choice but if they were mine, I would go with original / stock. Tell us more about the 73 if you want to sell it. Many of us might be interested.
Click to expand...

I will upload some stuff on the 73 today or tomorrow. Rained here today, slowed down my photo efforts.

If you really want to go without vinyl, give it the appearance of an Imperial Crown as was done in 69-70.
Find rear window trim from a Newport and forget the fiberglass plug. I think the window itself is the same.
Julian from Germany is going to do this with his 69, so he might be a source on exactly how it can be done.

Here is one more opinion towards "no Vinyl".

I eliminated the vinyl roof on my 69 Imperial restoration because I like the slicker look. 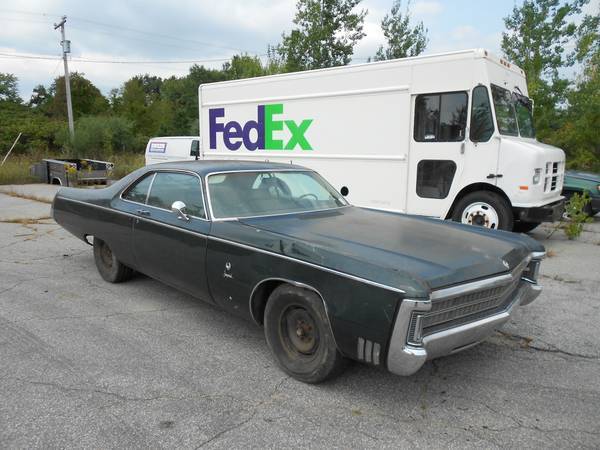 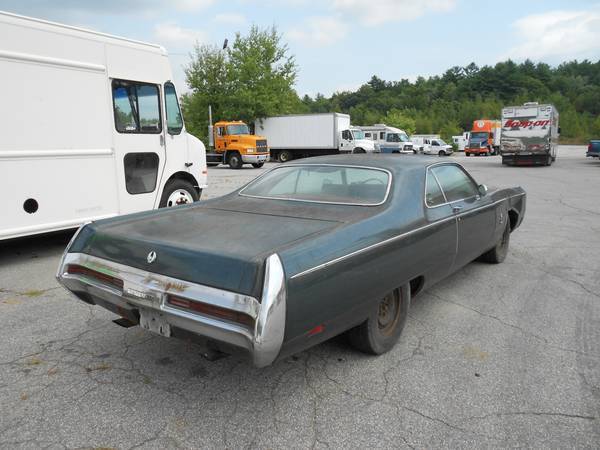 In 69, there were the crown models on which the vinyl roof was optional.
The fiberglass plug on the rear window was simply not there and a bigger window like on Chrylser models was used.
The window channel underneith the plug is the same as on cars with the bigger window.

I bought the rear window and stainless trim of a Fury I think it was. In my case, it's the same on all 69-72 2-door Hardtops.
I'm not familiar enough with the later model years, but I guess the roof line was still identical between Imperial and Chrysler models.

Obviously, it's more work to eliminate the vinyl roof, since you have the eliminate the trim on the bottom as well and your bodyman has probably a lot to do to get the roof skin smooth.
Mine was pretty uneven from the factory. I guess Chrysler did not bother smoothing it since you don't really see that with a vinyl roof on. 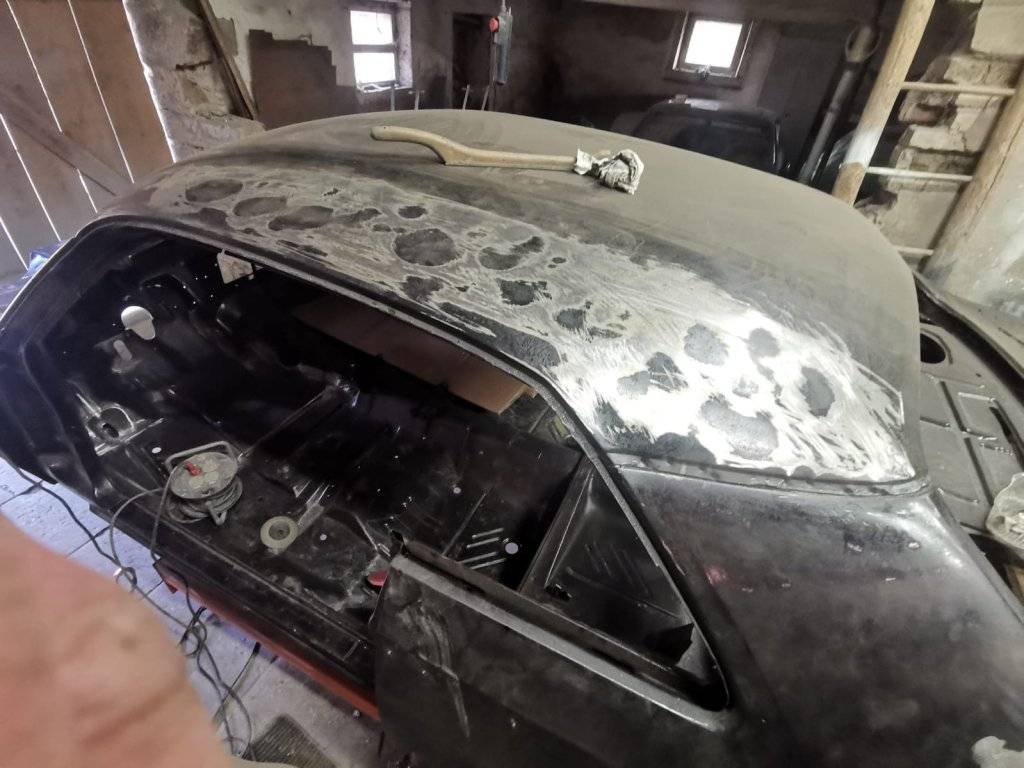 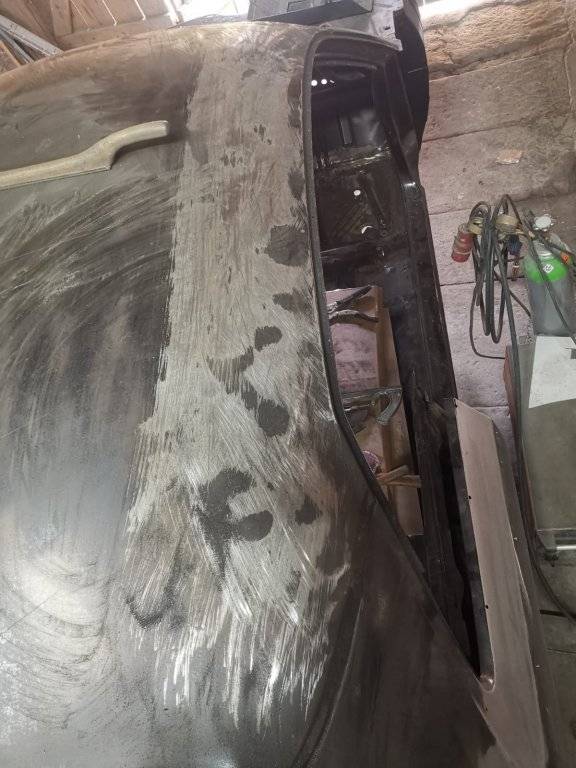 Classing it up at the MetalmaniacAZ house
2