@fury fan mentioned earlier today that PH29T1D260621 sold (Edit: or at least was listed) on eBay in 2014. I found a number of photos from that auction saved by an archival site here, and thought that I should show some here for everyone's enjoyment. The fourth photo shows what's special about the GY9 "Dark Gold" or "Tawny Gold" paint.

From the listing (with minor edits for readability): "this 1971 Plymouth Sport Fury was special ordered by a gentleman out of Conrad, Iowa. He sat down and checked off a 2- door bucket seat sport fury with optional 440-4 barrel. auto and posi. installed rear end. He then cut a piece of 1971 carpet and placed it in the trunk to help preserve the trunk compartment. The pictures represent the meticulous care that he prided himself in preserving the interior. At some point early in its life, the hood and drivers fender have been painted. The picture shows a small 2x 4 inch section that was repaired on the hood. the driver's fender is bondo free. the rest of the car appears to be original. I bought the car in 1996 from Bob A. from Marshalltown, who bought it out of the Farm Bureau spokesman from the original owner. This car has been in storage in my shed for 18 years. I took it out and replaced the gas tank, fuel line and fuel pump and cleaned the carburetor. It now starts up and drives nice. it is very tight, shifts smooth, and stops on a dime. I have a building project going on and have decided to sell this car as well as my 1971 Chrysler 2 door New Yorker with sunroof to help finance the project."

The fender tag will be of interest to many, including @69CoronetRT and @cuda hunter 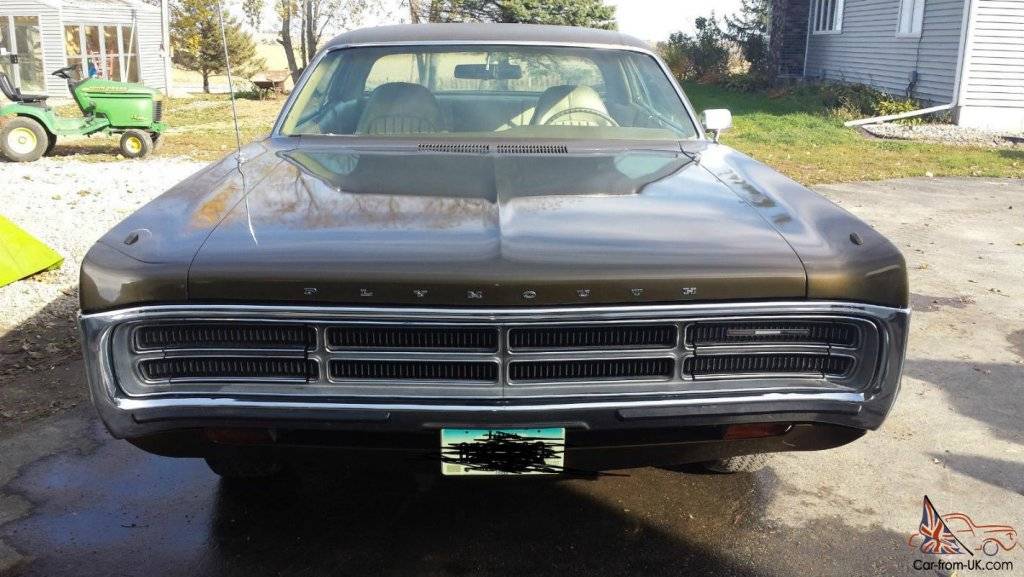 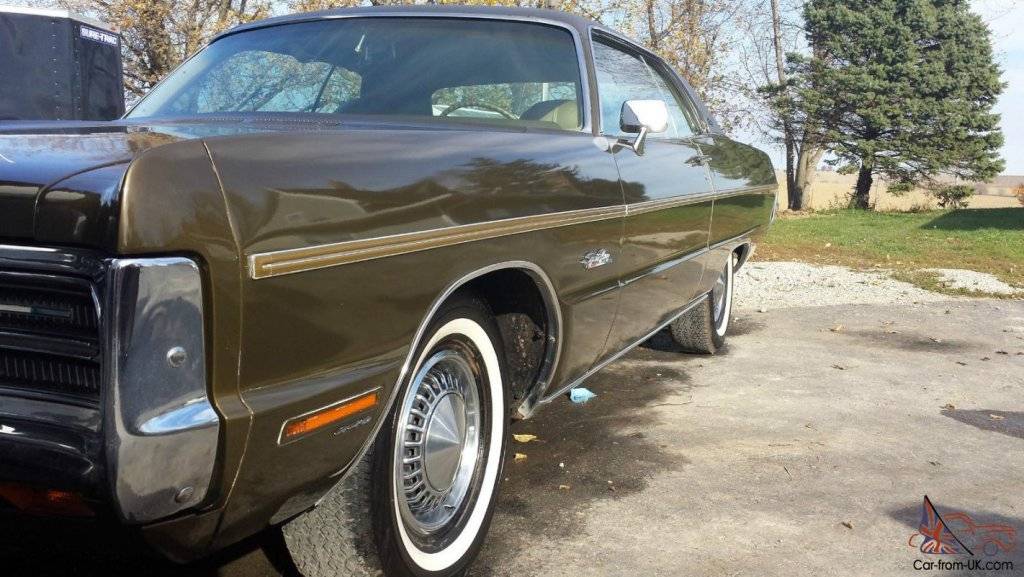 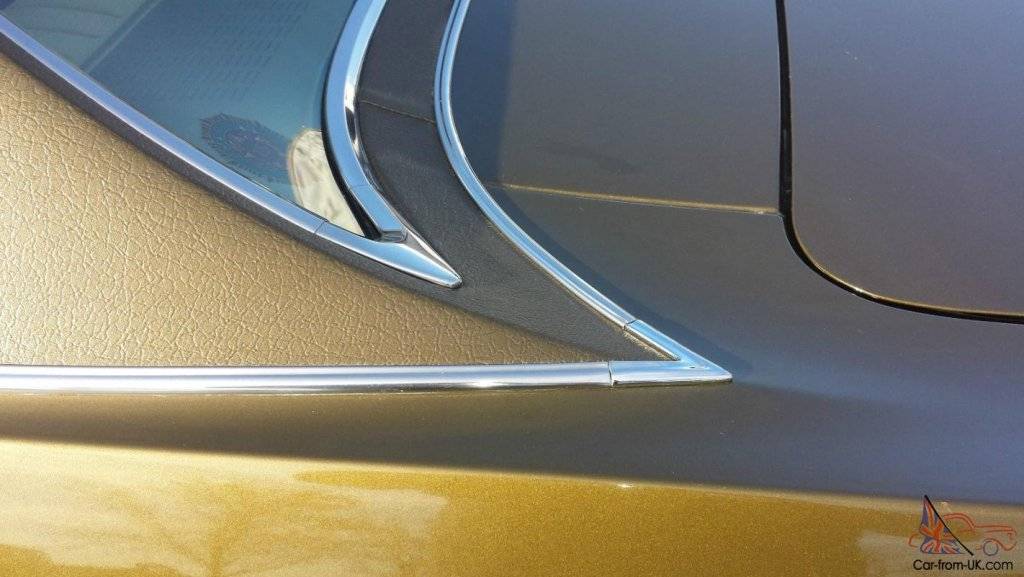 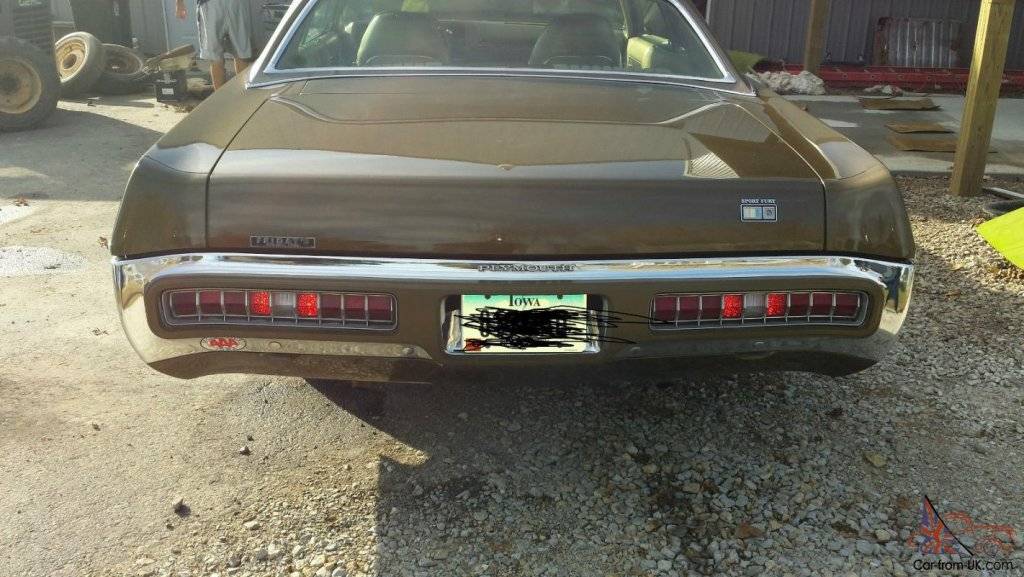 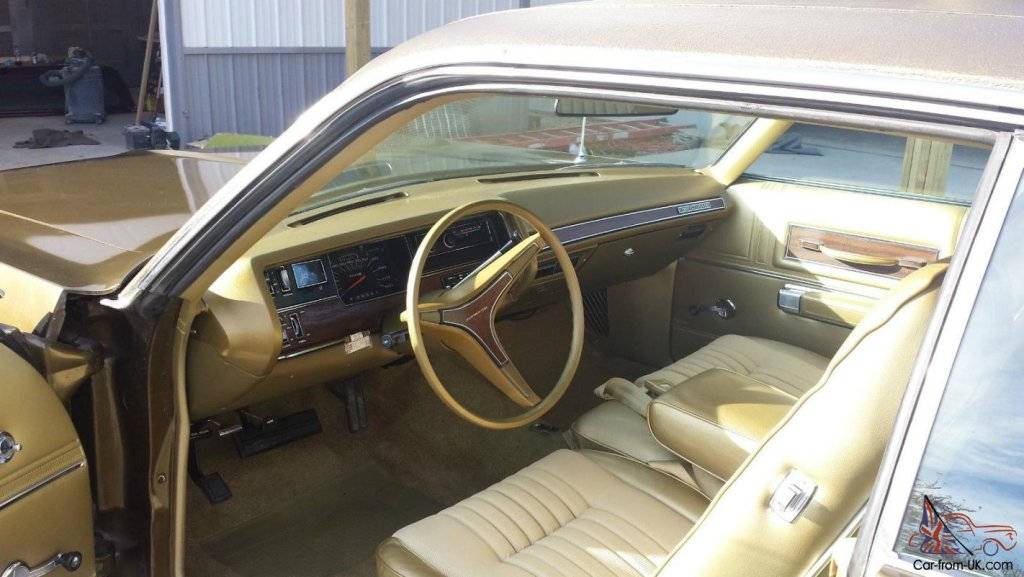 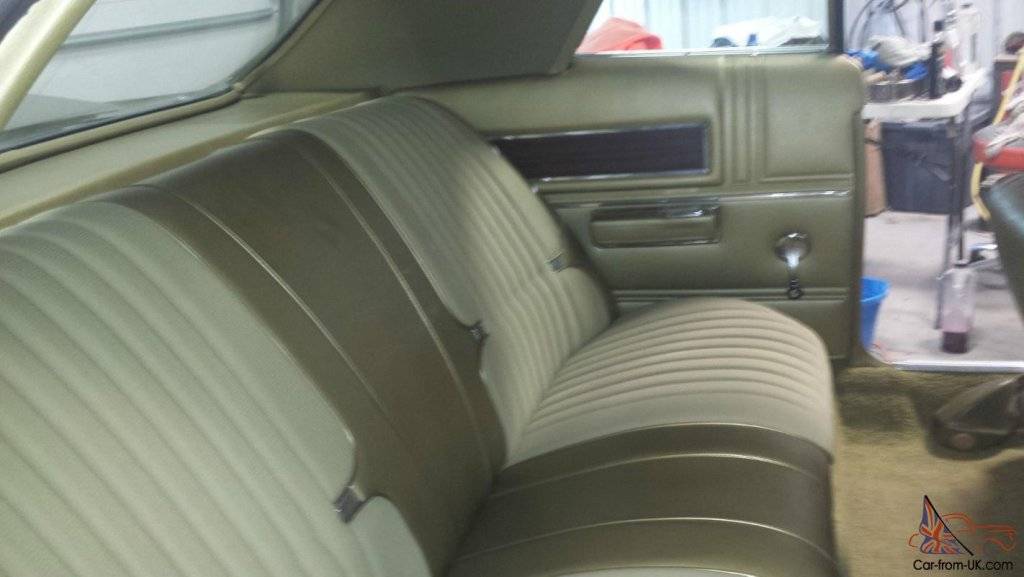 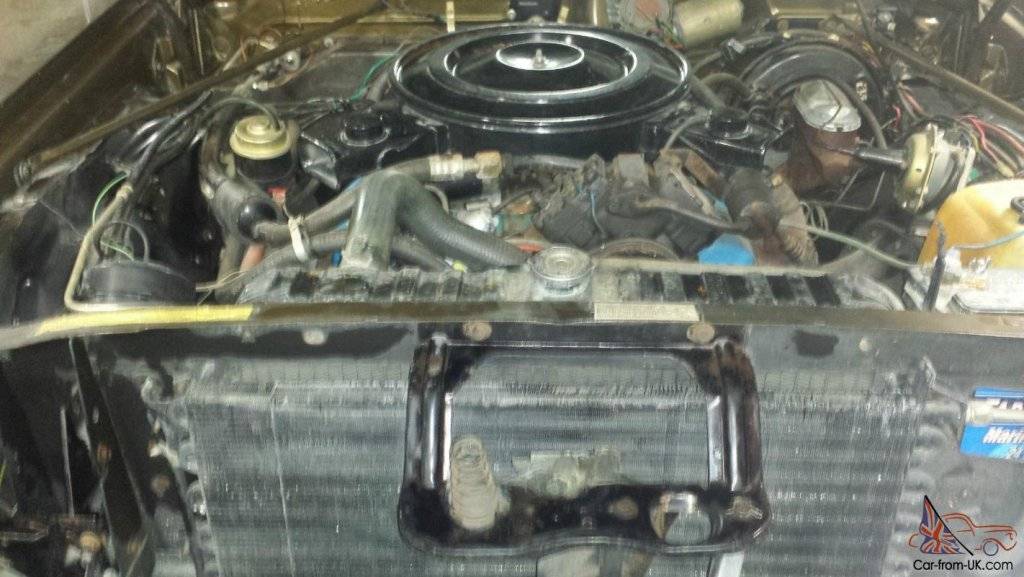 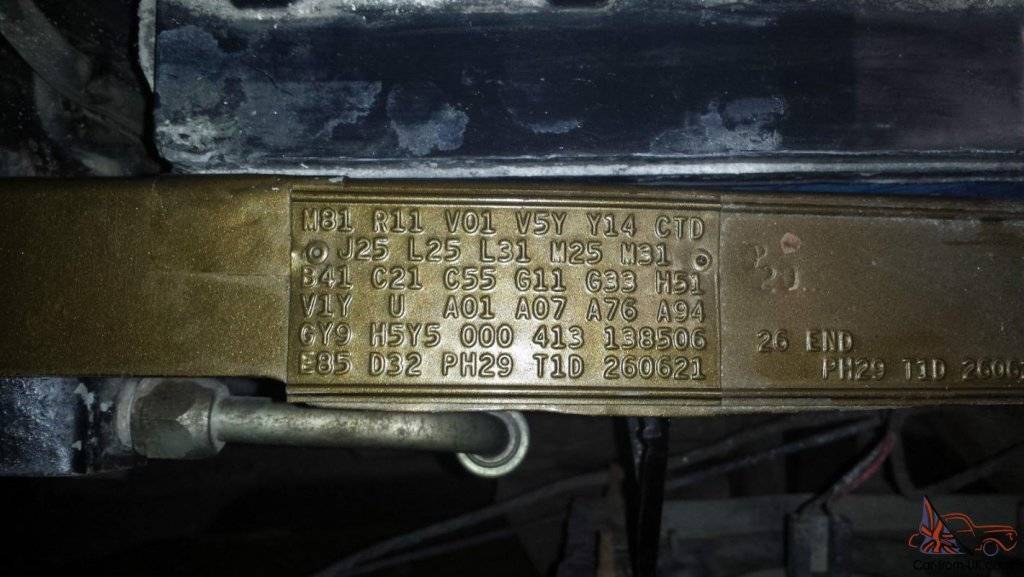 I had a Y9 New Yorker once...great colour. This Fury is nice too!

To clarify a detail - I don't see any indication that this car actually sold on ebay at that time.

Tawny Gold with MATCHING vinyl top - WOW.
You must log in or register to reply here.