Brief update and radio transmission times at 186000 miles per second to Voyager.

Who says nuclear power is bad. 40+ years on about a teaspoon of fuel, now that is MPG.


Voyager 2 might already have crossed into interstellar space, but that isn't stopping NASA from providing some technical help. The administration is in the midst of fixing a problem with the probe that led it to shut off its science equipment. When a delay in the execution of a standard rotation maneuver (to calibrate the magnetic field instrument) left two high-power systems running at the same time, Voyager 2 overdrew from its power supply and tripped a system that shut off the scientific gear to conserve electricity. NASA turned off one of the power-hungry systems and revived the science hardware, but has yet to resume collecting data or otherwise restore business as usual.

It might take a while before NASA can safely give the all-clear. As we write this, Voyager 2 is just shy of 11.5 billion miles from Earth. Even with communication at the speed of light, engineers have to wait 17 hours to receive info and another 17 beyond that to verify that a command was successful.

Even so, it's notable that the probe is still viable in the first place. Besides the hazards of space itself, Voyager 2 has to deal with the decay of the radioactive material that provides power. It loses about 4W of available power per year, forcing the team to shut off equipment as the demands become too much to handle. While NASA can't prevent Voyager 2 from going silent (likely no later than 2036), it's clearly determined to keep the craft calling home for as long as possible.
Last edited: Jan 29, 2020

More on Voyager many thousands/millions of years from now.

Bye bye Spitzer ... our infrared eyes in the sky. EOM orders given by NASA couple days ago.

Spotted the oldest galaxy so far. 13 Billion years old .. er, as it was 13 billion years ago, found the Trappist system, on and on/ 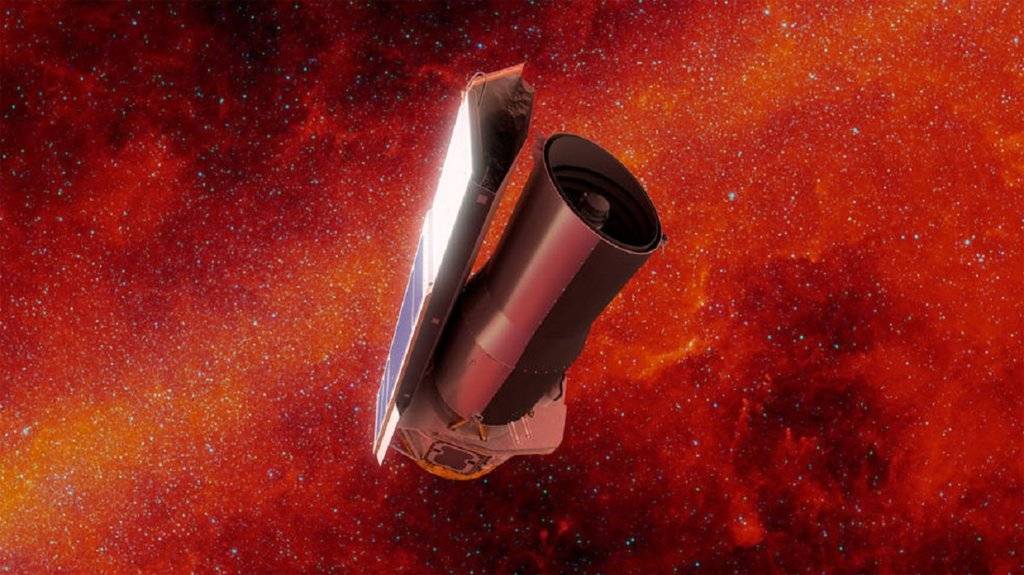 Ahhhh It's just gonna end up in this like all of us eventually... 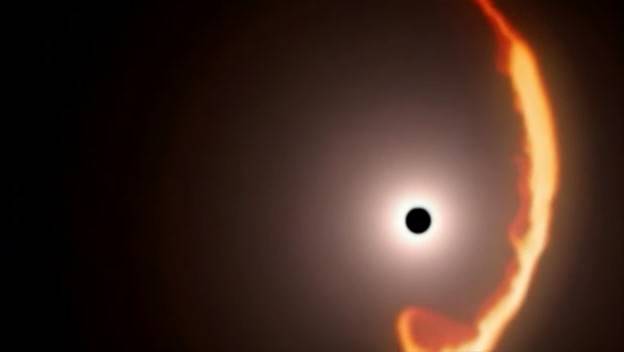 Maybe we already have?

amazinblue82 said:
Bye bye Spitzer ... our infrared eyes in the sky. EOM orders given by NASA couple days ago.

Spotted the oldest galaxy so far. 13 Billion years old .. er, as it was 13 billion years ago, found the Trappist system, on and on/


"Now voyager sail thou forth to seek and find."

IN AN INCREDIBLE FEAT of remote engineering, NASA has fixed one of the most intrepid explorers in human history. Voyager 2, currently some 11.5 billion miles from Earth, is back online and resuming its mission to collect scientific data on the solar system and the interstellar space beyond.
VOYAGER 2 GLITCHED 11.5 BILLION MILES FROM EARTH — HERE'S HOW NASA IS TRYING TO FIX IT

EARN REWARDS & LEARN SOMETHING NEW EVERY DAY.
On Wednesday, February 5 at 10:00 p.m. Eastern, NASA's Voyager Twitter account gave out the good news: Voyager 2 is not only stable, but is back at its critical science mission.

"My twin is back to taking science data, and the team at @NASAJPL is evaluating the health of the instruments after their brief shutoff," the account tweeted.

Voyager 2 is sister craft to Voyager 1. Both have been traveling through the solar system — and now beyond it — for the last four decades. Together, they have transformed our understanding of our stellar neighborhood and are already revealing unprecedented information about the interstellar space beyond the Sun's sphere of influence.


Good vibes! Voyager 2 continues to be stable, and communications between Earth and the spacecraft are fine.

My twin is back to taking science data, and the team at @NASAJPL is evaluating the health of the instruments following their brief shutoff. http://go.nasa.gov/3bjo76S

In a statement, NASA confirmed that Voyager 2 is back in business.

"Mission operators report that Voyager 2 continues to be stable and that communications between the Earth and the spacecraft are good."

"The spacecraft has resumed taking science data, and the science teams are now evaluating the health of the instruments," the agency said.

The fix is no mean feat: It takes 17 hours one-way to communicate with Voyager 2 from Earth, which is the furthest away manmade object in space. That means a single information relay takes 34 hours.


WHAT HAPPENED TO VOYAGER 2?
The spacecraft had run into trouble on January 28, when NASA revealed that it had unexpectedly — and for unknown reasons — shut down. The world held its breath.

Here's the skinny: My twin went to do a roll to calibrate the onboard magnetometer, overdrew power and tripped software designed to automatically protect the spacecraft.

Voyager 2's power state is good and instruments are back on. Resuming science soon. http://go.nasa.gov/38O37mC


As Inverse reported at the time, Voyager 2 went black right before it was scheduled for a maneuver in which the spacecraft rotates 360 degrees in order to calibrate one of its instruments onboard.

But the spacecraft didn't make the move. As a result, two of its systems — both of which consume a lot of power — were running at the same time, according to a statement by NASA.

The likeliest problem was that the spacecraft was using up too much of its available power supply, which triggered protection software. The software automatically turns off Voyager 2’s science instruments when there is a power overload to save on power. It only has a finite supply, after all.

As of writing, NASA hasn't confirmed or denied whether that is what actually happened. Only time will tell whether the agency ever gets an answer to what went wrong. But for now, we can all rest assured that Voyager 2's mission is far from over yet. If all goes well, it should have another five years of life left, meaning five more years of data collection from an area of space we humans have no other way of studying. 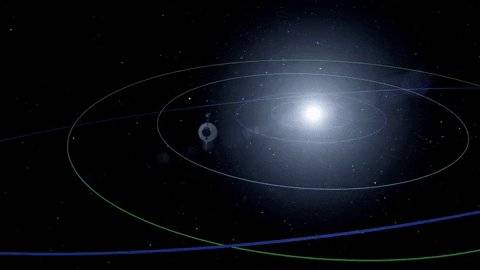 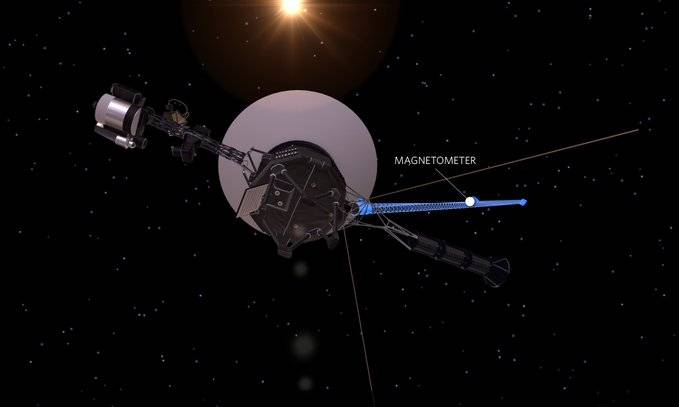 A different channel The Curiosity Rover. It landed in 2012 and after 8 years it is still roaming around. Some of the terrain looks familiar.

Last ditch effort to save the Opportunity.

we have a fun thread going .. i didn't wanna screw it up with serious stuff about the Voyagers ...

Voyager 2 "discovered" in its Uranus flyby in the mid 1980's a magnetic anomaly through which Uranus' atmosphere was escaping the planet. They just didnt know back then what was going on.

long story short, the reason why Mars is "dead", when its now clear that planet once looked like Earth (green with lots of water), its atmosphere escaped into space.

Lotta theories about that -- its core cooled down when Earth's didnt, this in turn affected Mars' magnetosphere, and a blillion years later its atmosphere was largely gone. There is some left but not much.

Anyway, weird stuff going on in the Universe. Just when we think we've know it all? Naw, we dont. THe Voyager's continue to amaze.

amazinblue82 said:
Anyway, weird stuff going on in the Universe
Click to expand...

Yes indeed! I'm wondering if it is because its an election year?

This thread is a nice distraction from the political bull going on these days.

Voyager 2 Finds Space Is More Dense Outside the Solar System

A Bit of Steinbeck History

1969 Dodge, and the changes that should not have been made