Seller's Description:
1962 Chrysler Imperial Crown 4-door Hardtop
Super nice, runs and drives great. 413 wedge. Tires are like new. It's kinda like driving a jeep everybody waves at you when driving.

the above is from the ad...the rest below is from me


OK just to be clear on this who gives a crap about Jeeps? Are they that rare? Nice to have the polisher in the pic so you know is was used on the car. Plus he jacked the price 2K cuz he polished it. 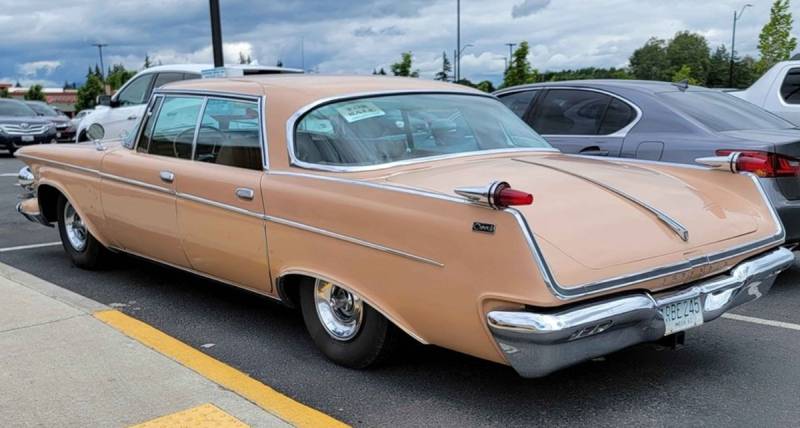 Seats, motor, and trunk interior not shown due to owner dropping dead as camera was so heavy OK that is my speculation due to it being a Facebook ad and Zuckerberg probably ate the guy to pay for his META fiasco. Again I may be wrong as I have been wrong before...but only twice.
Last edited: Sep 27, 2022

What's up with the holes in that passenger side fender? Looks like someone put east coast style towing mirrors on it back in the day.
You must log in or register to reply here.

NOT MINE 1962 Chrysler Imperial Crown 4-door Hardtop in Vancouver, WA -