I've been part of this forum for a week or two, now, and did post a couple of times but just now I looked at the inbox message suggesting I should introduce myself. So here I am.

I started playing with C-bodies 34 years ago when my dad bought my sister a car at auction. It was a 1973 Newport. My sister was a new driver and thought the Newport was a bit portly for her driving endeavors and by default it went to me. I, of course, did not yet have my driver's license but lived in rural North Dakota where a license didn't seem to be mandatory. I did drive that Newport all over but ended up going in the ditch with it. My rocking action ended up frying the 727 and I ended up selling it for about what my dad paid.

Regardless, I was hooked. In a year or two I got my license and a job. Every paycheck seemed to go to an old Chrysler. I had more than I can count, but of special note were my favorites -- a 1962 Newport, a 1966 Imperial, a 1967 New Yorker, and a 1971 New Yorker. After high school I went to college, got married, and my oldest daughter was brought home in my 1974 New Yorker. That was 25 years ago, though, and I didn't have that car much longer than that. That spelled the end of my c-bodies until a few weeks ago when a guy offered up this 64 Newport in trade for a Jeep I had. I've been piddling with it. Initially, it had some electrical issues which I've sorted. Currently, it has an edelbrock carb and weiand intake on it. I do have the original two barrel and intake that will be going back on it sometime soon. I also had to replace a wheel cylinder. It's got a leaky heater core valve which is currently bypassed but I'll have to replace that before the weather turns warm again. It's a driver. I still live in rural North Dakota and teach at a local college. The Newport is often what I find myself driving to work. 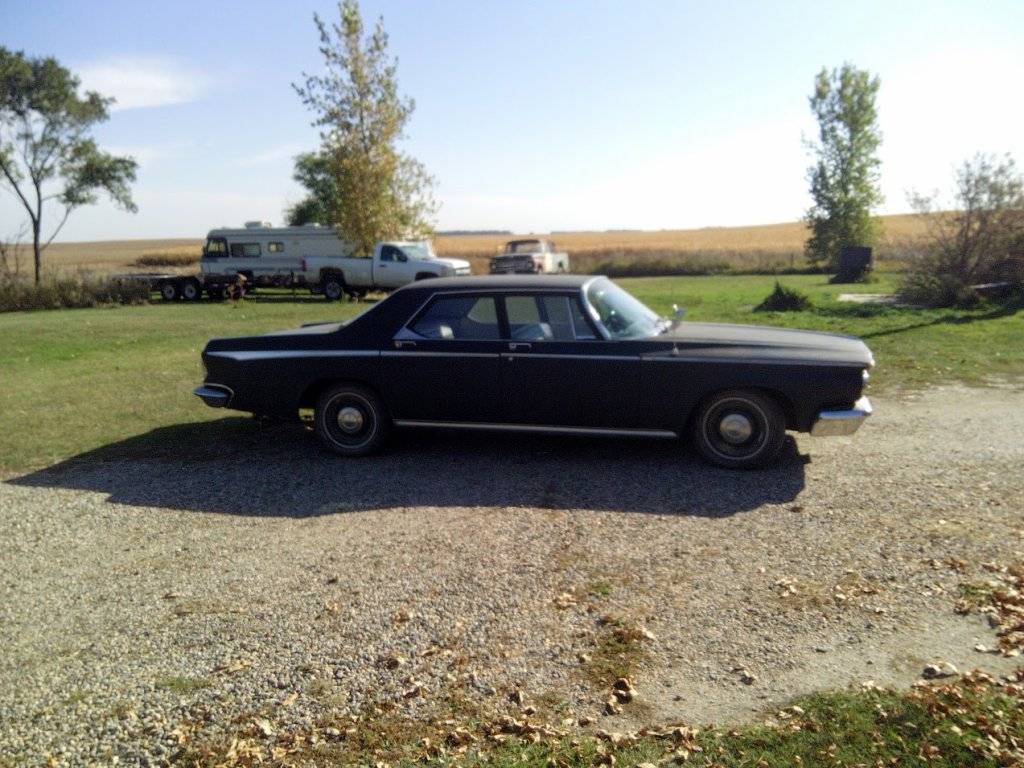 Welcome from Virginia!
What's wrong with the edelbrock carb and weiand intake?

I'd rather have the two barrel.

jimmyessbee said:
I'd rather have the two barrel.
Click to expand...

I've had great Edelbrock carbs and then a couple that ran rich no matter what I did. 2 barrel is simpler.
Welcome!

I do love these old cars but that's not a subjective or logical statement. It's not helpful for me to try to think about it logically. I do recognize that the Edelbrock could very well be a far 'better' setup. I've got a '65 Ford pickup with a 390 and an edelbrock. It runs flawlessly. But I'm not attached to that like I am to the Chrysler and part of my attachment is 'how it was'.
You must log in or register to reply here.

7
Grew up with Mopar