Contact seller
This was for sale before; interest was tepid at best. I don't have covered storage for this car and would rather she move on to a new steward.

As some of you may know; this is a very rare car. 57 were produced from March of 1974 to the end of the model year. The cars were produced by ASC to celebrate Chryslers 50th anniversary.
This particular Imperial was a two owner car before me. She's lived most of her life in California. (SF before me, then LA, and now Seattle). She's had been garaged most of her life, ~92k miles on the odometer. The PO stopped driving it the late 90s/early oughts. His son pushed her outdoors a few years before it was acquired in a non-running state in 2019. Lot's of new parts, tires, front calipers, master cylinder, radiator, starter, professional carb rebuild, battery. It still has some mechanical Issues and other needs; the most significant being an exhaust leak and power steering leak. It otherwise it runs and drives well. I've put about 2000 miles on it since it's resurrection.

Mostly orginal paint-cleans up nice. Vinyl top is burned off. Interior is clean. (Complete with one year only shag carpet)

Clean Washington title on permanent tabs. Period Washington plates will convey with the car if the new owner is a Washington resident.

I have no problem keeping as part of my DD rotation-i just feel it should not be left out in the moist PNW. If someone has a less rare Chrysler/Imperial in similar condition they'd like to trade (something with fins!?!?)-I'd be agreeable to a conversation. 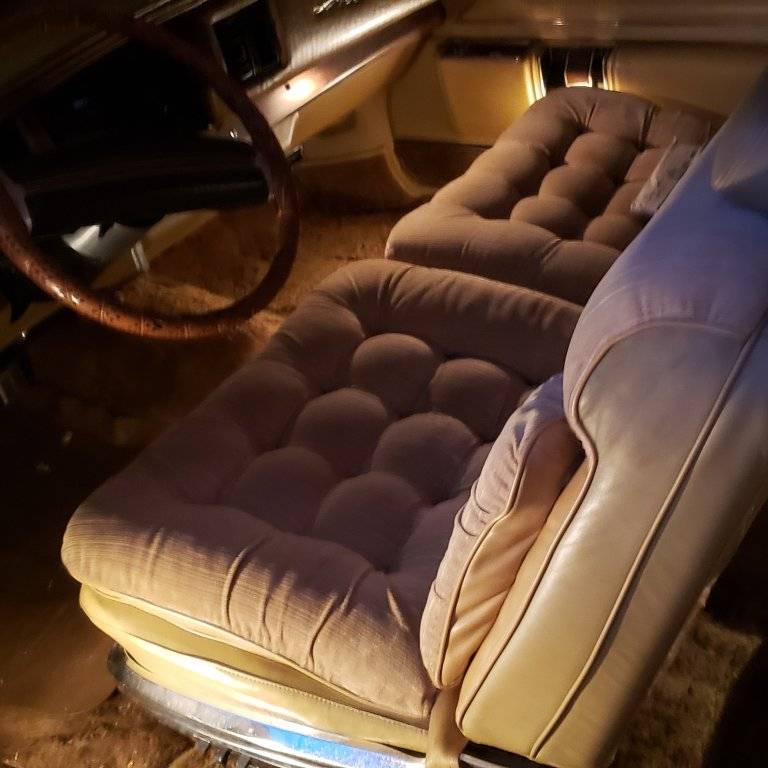 Nice car. What happened to the roof?

I don't think the vinyl tops were the most durable when not stored indoors. I believe she was stored under a tarp after she lost her garage space; which is basically like sand paper blanket flopping around in the wind.

Changing that Top is a HUGE PITA.. ask me how I know. Lol

75LandYacht said:
Changing that Top is a HUGE PITA.. ask me how I know. Lol

In all seriousness I think it's a decent, orginal, car at a fair price (feel free to check me on any part of that statement). The work that was done brought it back to the point it was 20 years ago so it could be used (mostly) as intended. If I wasn't such a luddite I could share some videos of it running and driving.

Here's a picture of the top for the record.
I'm going to SMS in Oregon in a few weeks to pick up material for another project; maybe I'll see if they have the material for the top as well.

75LandYacht said:
Changing that Top is a HUGE PITA.. ask me how I know. Lol

So your saying your experienced and available to help? Good to know!

NOT MINE 1974 Chrysler Imperial Le Baron