For ignition issues, ALWAYS CHECK THE ALTERNATOR TOO!

78Brougham said:
All I meant was in long posts.. And btw, how are the imp's coming and which one are you bringing?
Click to expand...

Thanks... I understood, not a crown I covet... stupid brain, trying to organize my thoughts all the time.

Imp's are great, but still need love... both of them. I am debating which to bring, I will start a new thread in a minute.

That effen avatar of yours. I read every one of your posts as if Randy-poo was saying it.
Please, any TPB but Randy.

I have no idea who that is in his avatar, or who Randy-poo is. LOL

78Brougham said:
I have no idea who that is in his avatar, or who Randy-poo is. LOL
Click to expand... 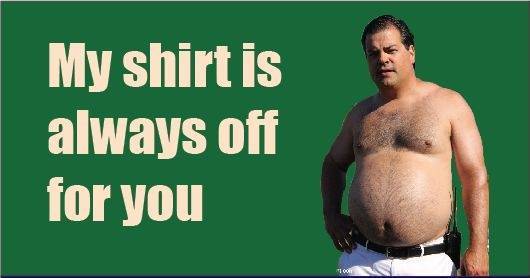 Amen! So I FINALLY got to work on the front end. Today's milestone was the sway bar + outer strut bushings. I WANTED to do ALL the bloody strut bushings, but as soon as I realized that I would HAVE to take the torsion bars loose, if not remove them, just to run the control arms back far enough to get the inner bushings off, that desire got vetoed. The outer bushings were almost gone, WERE GONE in practical terms, so Mathilda gained some lateral stability on the control arms despite the half-assedness of it all. The wife was volubly pleased with the improvement in handling this afternoon at modest speeds, so I count the effort well spent.

Tucson has DEADLY solar flux this time of year, so until I get my corrugated zinc carport built, no more wrenching Mathilda. The old ***** purrs along very nicely now, and QUIET; sign of cylinders firing EXACTLY on time, sans valve clatter.

Ergo, replacing that alternator really did the trick. Between VatoZone, a pot-puffing youngster who freely admitted to me that he was "no mechanic" and the 2nd Law of Thermo + Finagle, a crack at the battery stud all now can be taken as par for the course of me RE-assembling this 50 yr old land yacht for my infant daughter's posterity. Yes, there is MUCH cause for Joy here.

78Brougham said:
All I meant was in long posts.. And btw, how are the imp's coming and which one are you bringing?
Click to expand...

Gotcha. Today I got the first bit of the front end tidied up, the sway bar + outer strut bushings. The ride and handling modestly, but noticeably improved.

Dobalovr said:
Does this help?
View attachment 80533
Click to expand...

Tell Charity we all say hi. Thank you for once again reminding me I need to RE-acquire a fire extinguisher for the car and garage.

Got a charged, readily accessible extinguisher in the trunk. Yeah, they're good 2 have. My confidence in this VatoZone reman alternator I bought because they were the only folks w one in the 'Hood that day is decaying exponentially. Even odds it's returned within the week.

Mathilda? Yeah, for a stately old land yacht it fits pretty well. I wore out "Bessy" on others and this one deserved something special. We get plenty of "Ooohs! and Aaaahs!" out of her. God willing, we can hang on to her and build her back to a reliable, safe family car. LOVE how EASY these old C body Mopars are to work on! Wonderful design too.
You must log in or register to reply here.