Change Ad Consent Do not sell my data 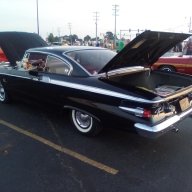 mew photo my dad took this 1 there are Christmas Bears in the back I was decorating the inside for the Christmas parade Jun 19, 2021

Welcome to our site! Please take a moment and Register today!