At the time of posting, this CL listing is 8 days old.

CL Description
************* Please NO tire kicking and memory lane inquiries or silly low ball offers. Price negotiations as your opener will be ignored. NO trades. Cash only. Located in Sacramento, CA. Sold as-is where-is. ***********************
And now presented for the first time in 50 years!
Destined to, sold in, and existed its entire life in San Francisco. This war horse was a hard working man’s rig and family truckster. Made by Plymouth before the wimpy days of mini vans and soccer mom shuttles. If you wanted a stately ride with some power on the street, the man of business set out to buy a Suburban. Ordered in the “Sport” level trim and V8 this car was the best compromise between work and play.
Fresh out of a 5 decade slumber. The original CA black plates last show a DMV registration of 1969. Ten years after first sold in SF back in 1959. Odometer shows 64K miles and is believed to be true. The aging or “patina” of all the metal and plastic surfaces speak the truth. Assembly and completeness of all the components attached to this car are as they were from the factory. With one inhale of the interior while sitting behind the wheel and you will understand. You are looking at a true survivor. Oh the stories this ole gal could tell. Since being parked-as told to us from the family who released it back into the world, was the now deceased original owner drove it for work as a union pipe fitter. We even have his union card as found in the glove box. After having been involved in a little fender bender It was then backed into the garage. That process caused even more damage. What followed was unclear and thus not known. However the car remained in a Garage circa 1969 until now when the family sold the property.
Virgil Exner- Car designer at Plymouth would usher in the “forward look” with tail fins reaching the stratosphere and in 59 the look was fading fast. By end of the decade, a reduction in size and shape compromised the platform such that by 1962 the Suburban would be gone forever. 1959 is basically the end of an era both in car design and in American culture. Suddenly it’s 1960, no more ornate grills, smaller fins, and things were becoming smaller, cheaply made, and more expensive.
Base feature for 1959 include the new “torsion air suspension” which does not involve air but rather a torsion bar used as a spring and height adjustment. With a wheel base of 122 inches and power coming from the upgraded 230 HP 9.0:1 compression 318CID V8, The vehicle was not only sporty, but smooth handling. Sport Suburbans were marketed as high-level Plymouths and came only with V-8s. Standard features included foam seat cushions, arm rests, horn ring, and dual sun visors. A special silver anodized insert to fill the area between the body side moldings. disc wheel covers, rear quarter stone shields, DeLuxe steering wheel with horn ring, electric clock, lockable glove compartment, cigar lighter, and oil filter.
Additional options identified:
• Anti-freeze ($6).
• Bumper guards ($12).
• plastic seat covers ($30).
• Contour floor mats ($8).
• Push button radio ($59).
• Rear foam seat cushion ($10).
• Side view mirror ($6).
• Silver side moldings–standard Fury, optional others ($19).
• Special Option Group 311: wheel covers, stone shields, electric clock and glove box lock–standard Fury, optional
others ($32).
• Special Option Group 313: right sun visor; front arm rests and front foam cushion–standard Belvedere and Fury,
optional others ($20).
• Station wagon storage compartment ($24).
• Tilt type rear-view mirror ($4).
• "Tu-tone" paint ($15).
• White sidewall tires ($28).

Currently none running, engine won’t turnover by hand and I don’t have an ignition key so no attempts made to start. Has some body damage as shown. Rust is limited to surface only with majority on roof top. The entire car is super solid and clean with original metal and all those other things as built from the factory. Come see it and you will understand. This is a true survivor, not a redone older restoration that someone thinks is “all original”. Comes with all the historical contents as found when removed from the garage it sat all these years. 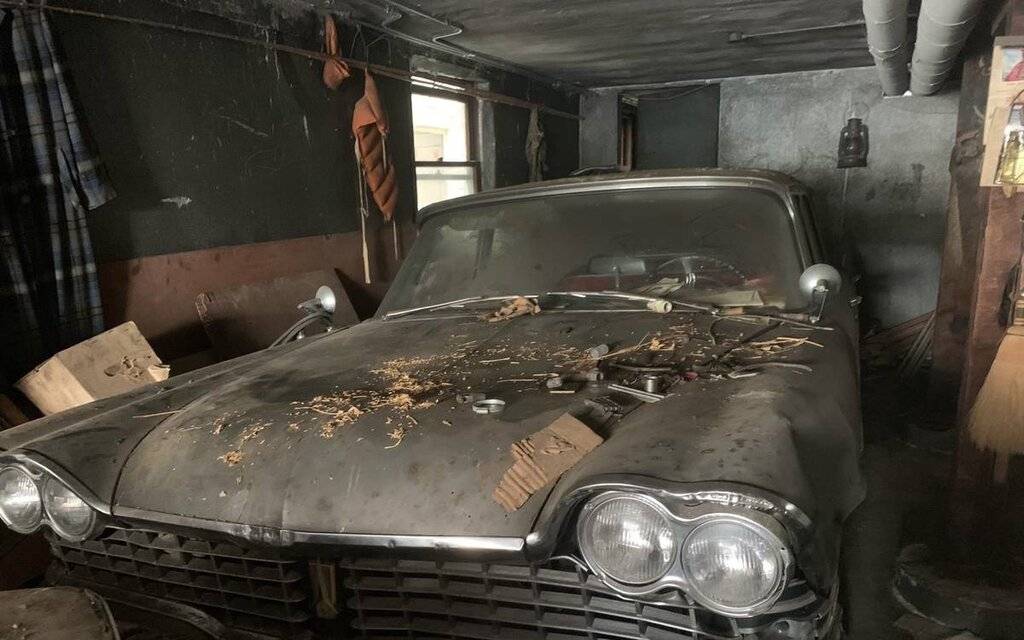 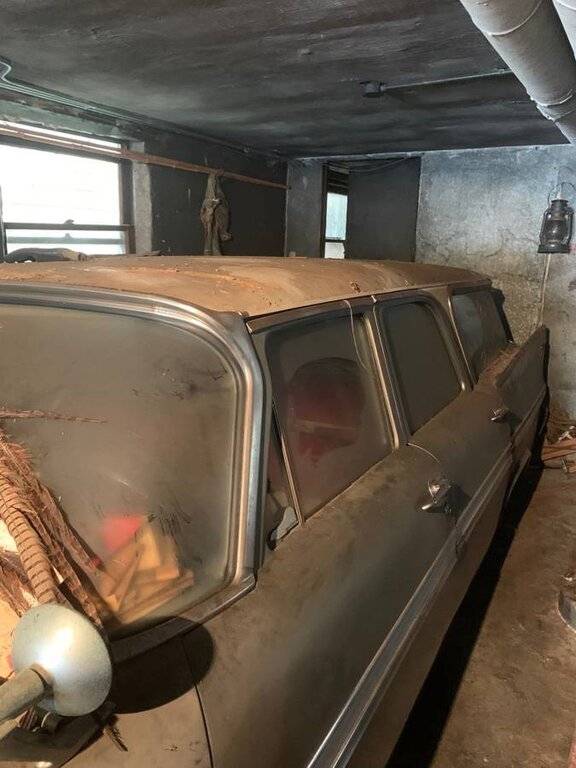 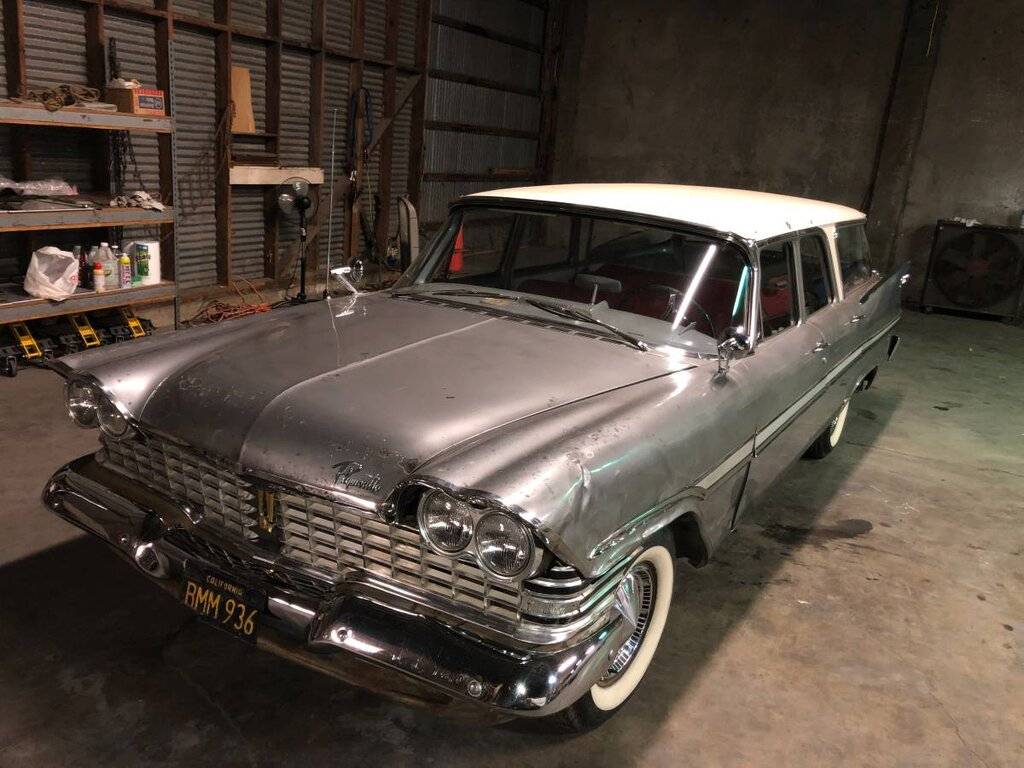 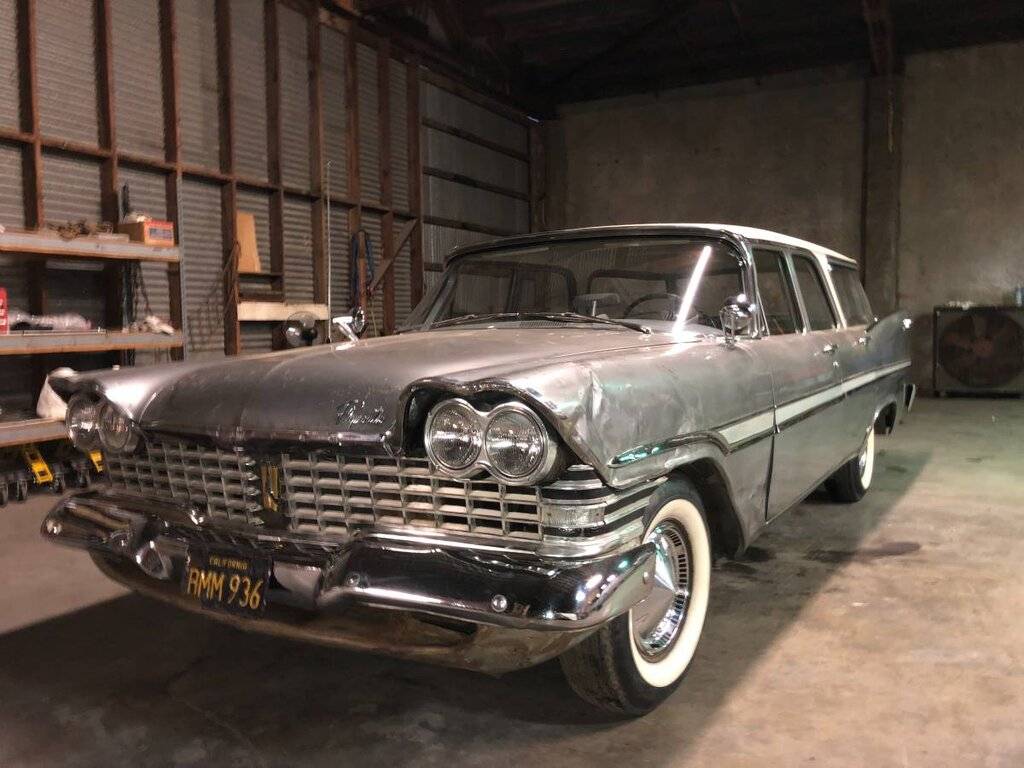 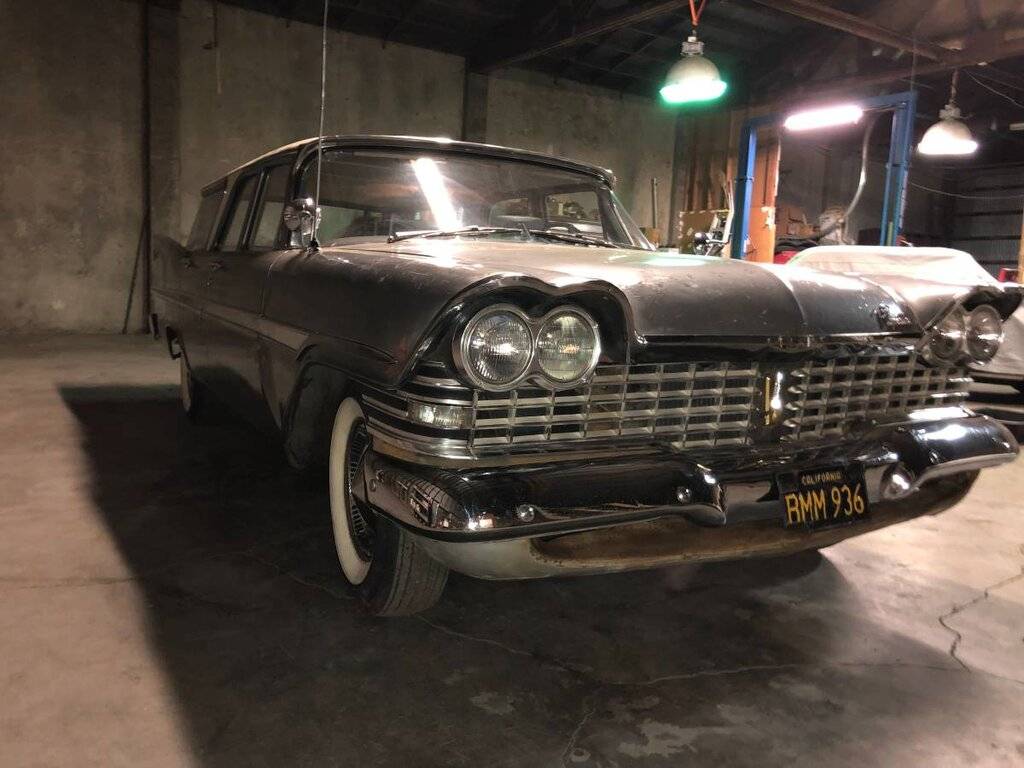 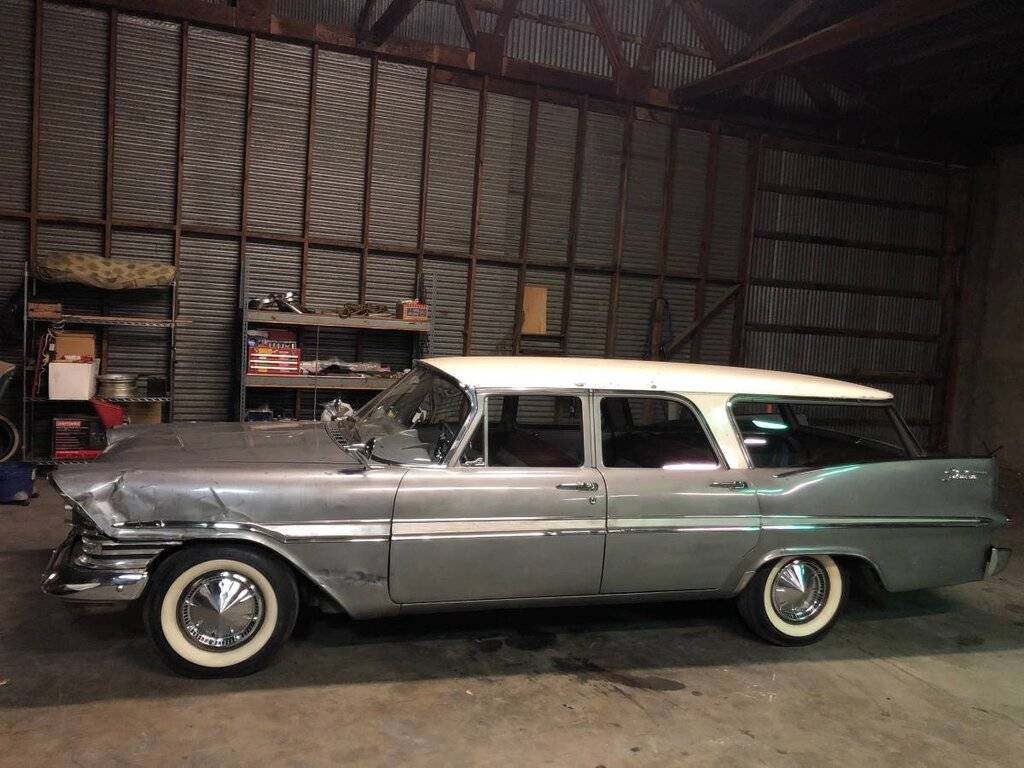 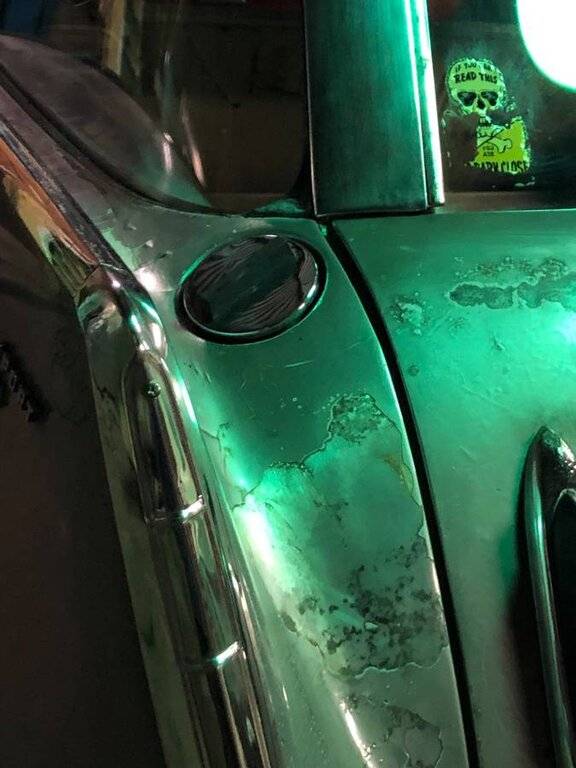 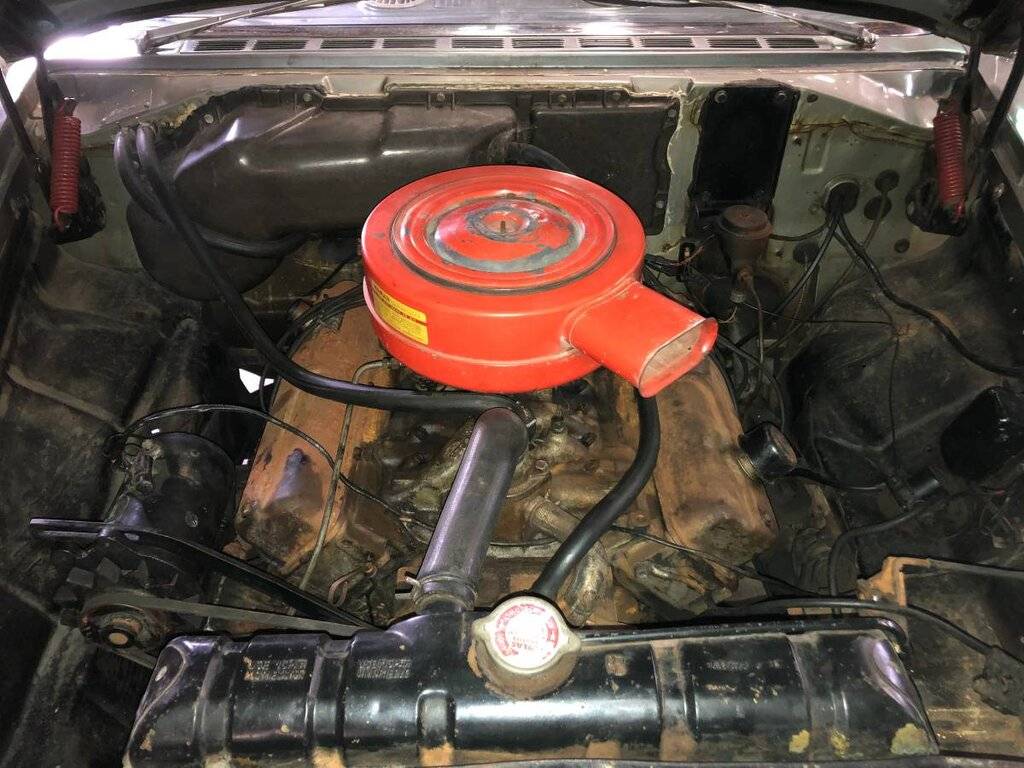 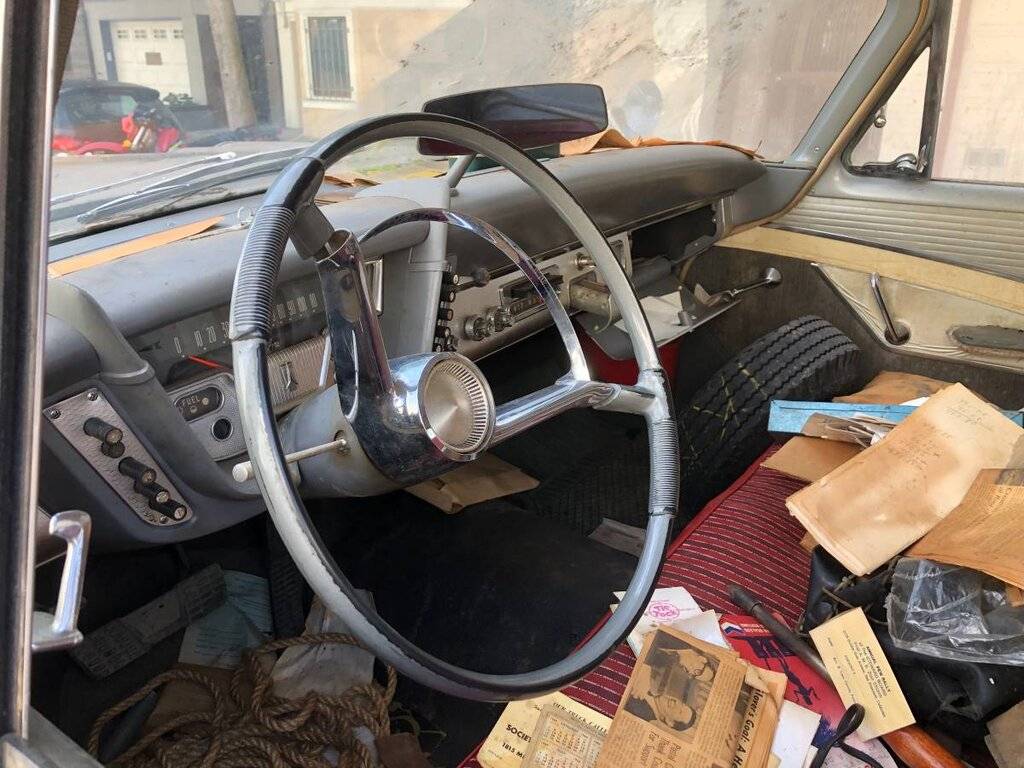 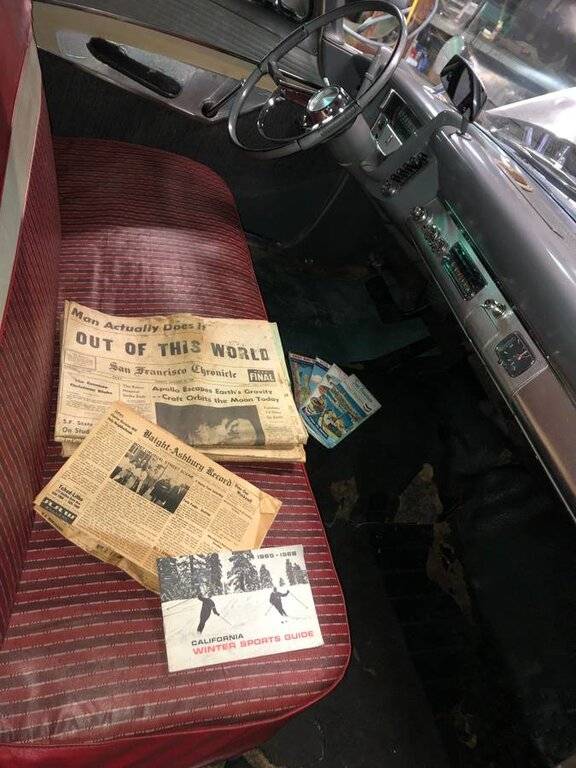 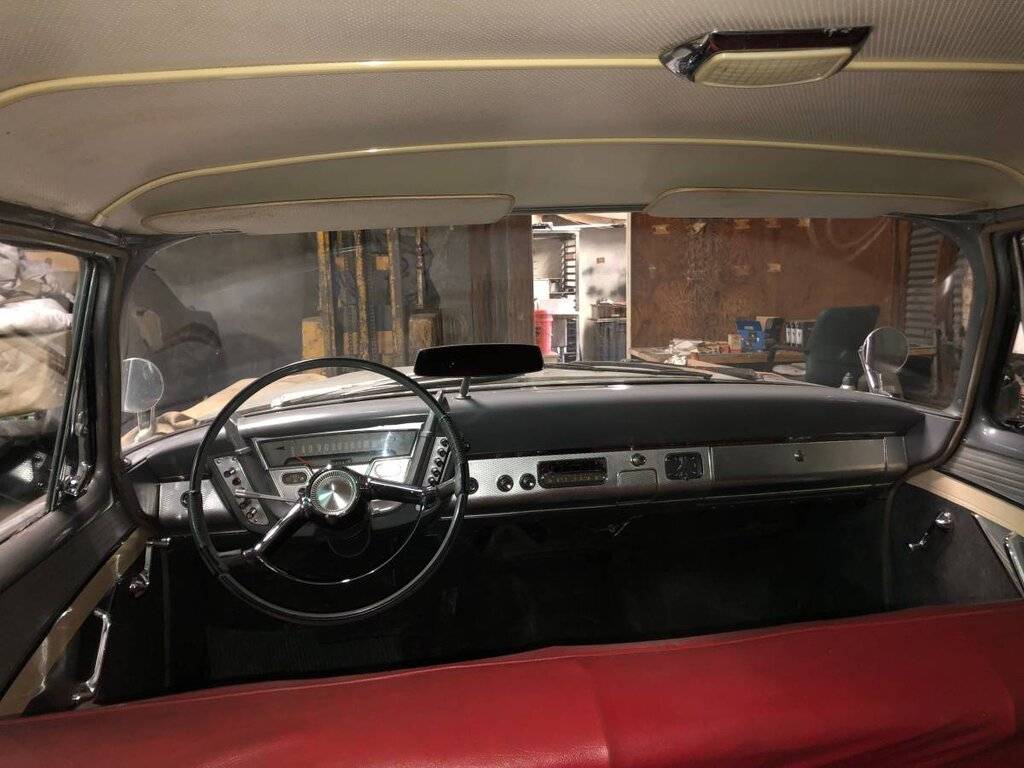 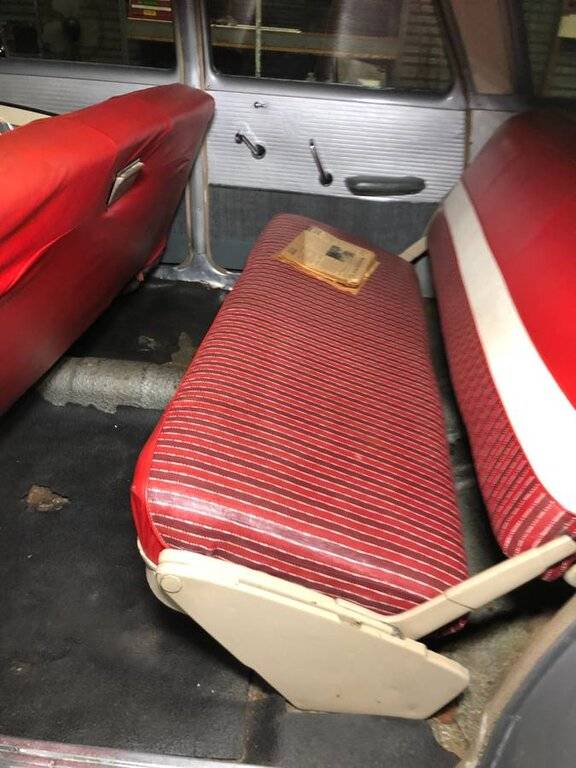 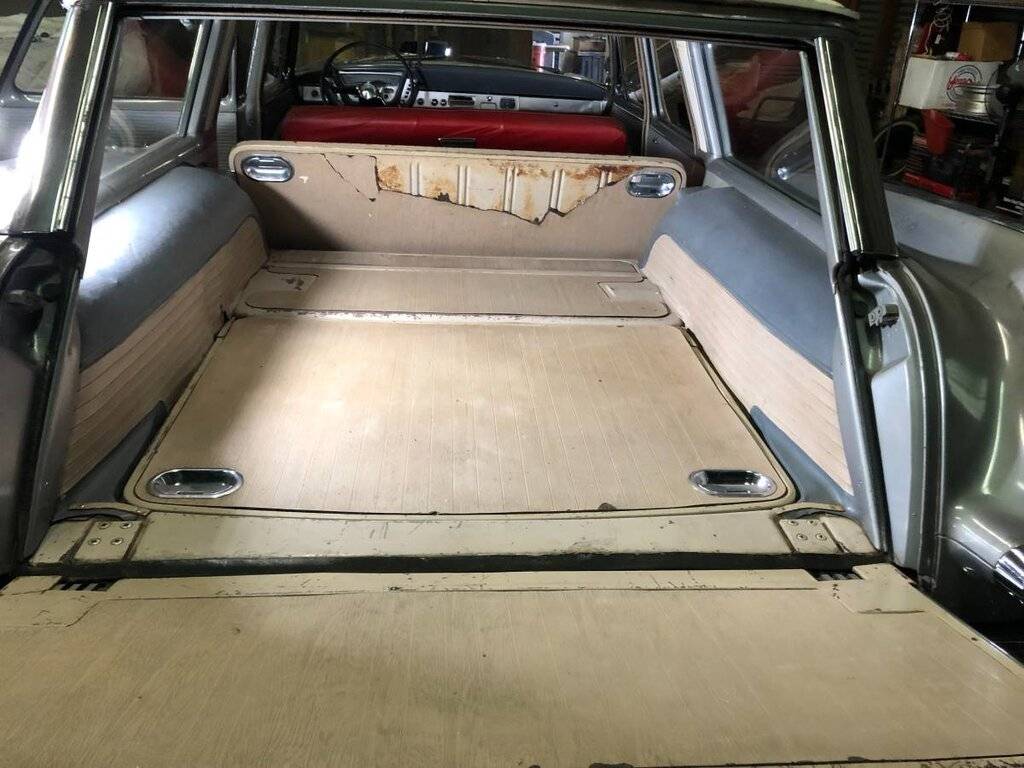 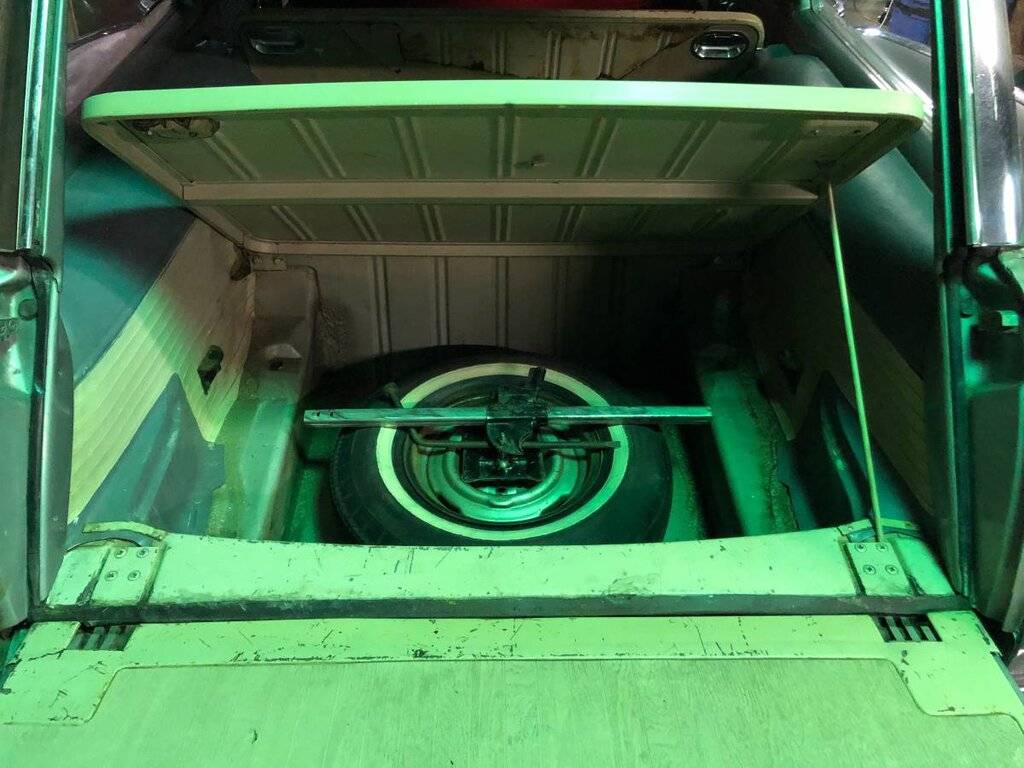 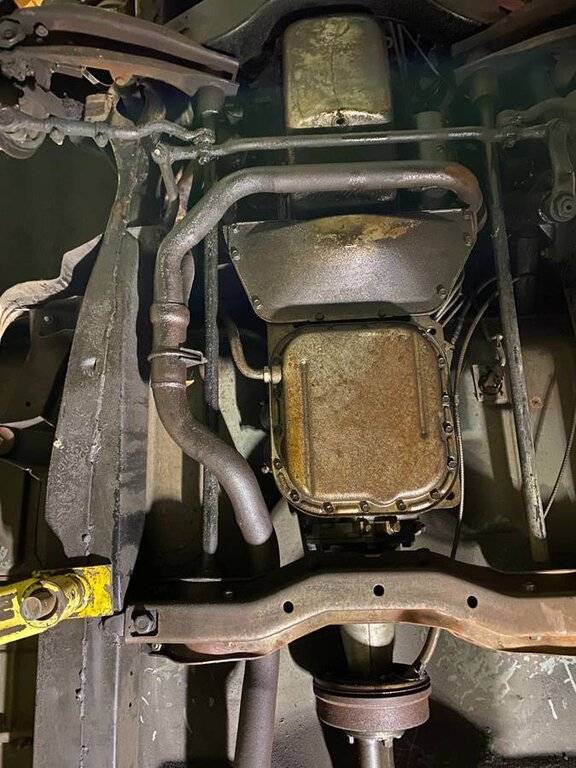 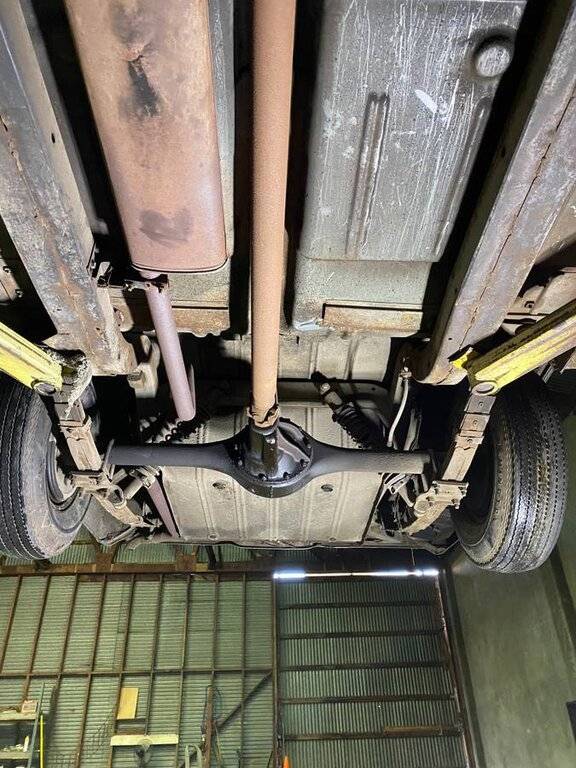 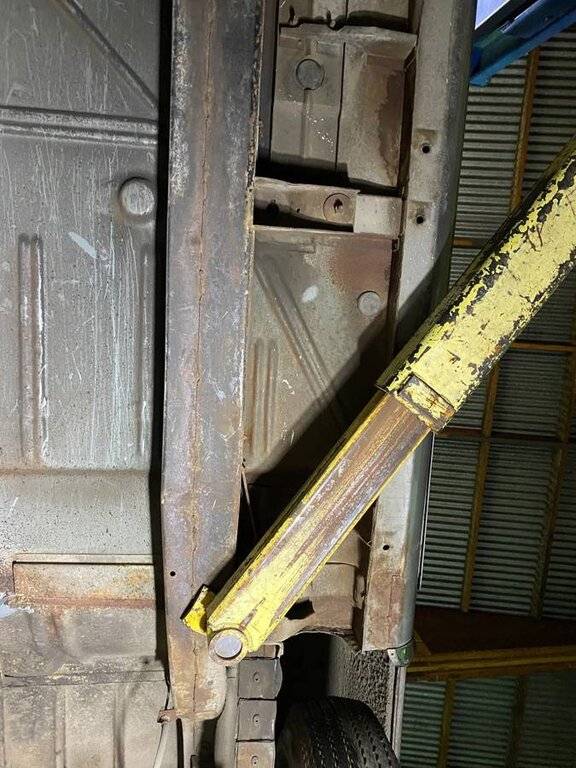 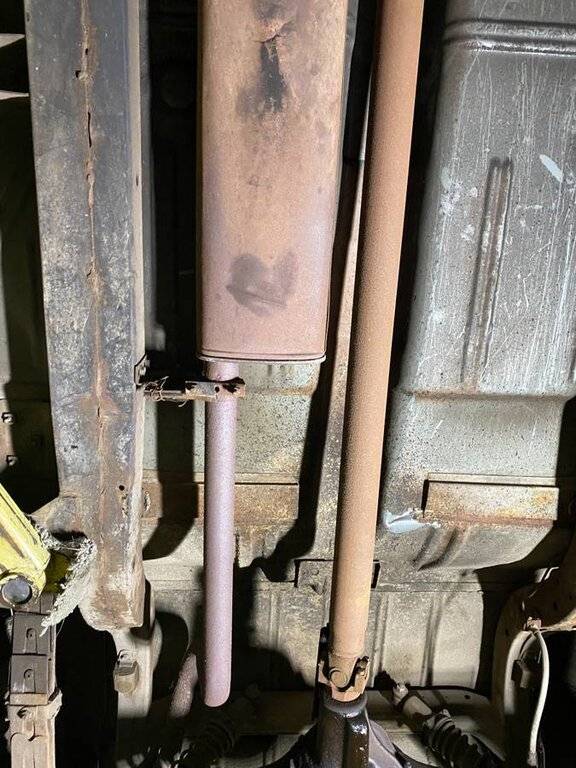 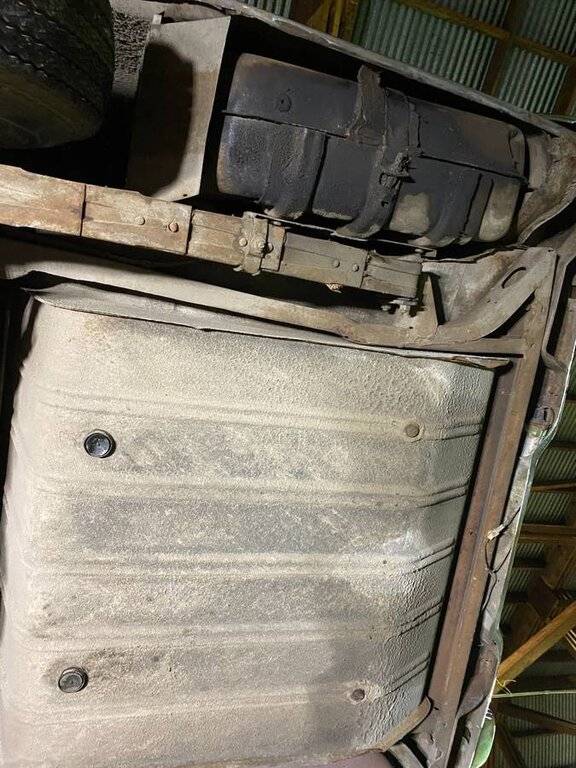 The condition of the rear cargo floor area has to be one of the best I've ever seen on a FL wagon. Even ones from mild climates usually have a few rustholes.

Way better than the one in my wagon, I may have to buy it just for the floorpan - LOL !!

Wow what a Beautiful Work of Art.

No Reserve: 1959 Plymouth Sport Suburban Project
You must log in or register to reply here.