So when I got the 70 the driver side rear quarter window was broken but the guy was nice enough to give me two spares for the driver side and one spare for the passenger side all tinted.

So I started working on the power windows and pulled out both rear assemblies. The driver side was so corroded that the board that held the brushes fell apart. So no problem I ordered a rebuilt one from summit.

The passenger side wasn't that bad so I cleaned it and it works great. I took the rollers apart and cleaned them and got them working good.

So I already had the passenger side window out and having a spare I wanted to see which one had the best front seal and I would install that one.

The pics below show what I found was the spare quarter windows I got with the car are all the wrong ones. The windows are the same except for the angle at the front (see pic).

So now I need a driver side tinted quarter window.

Two questions: 1. anyone have a driver side quarter window for a sport fury? and 2. Do you guys know what the spare windows I have fit? 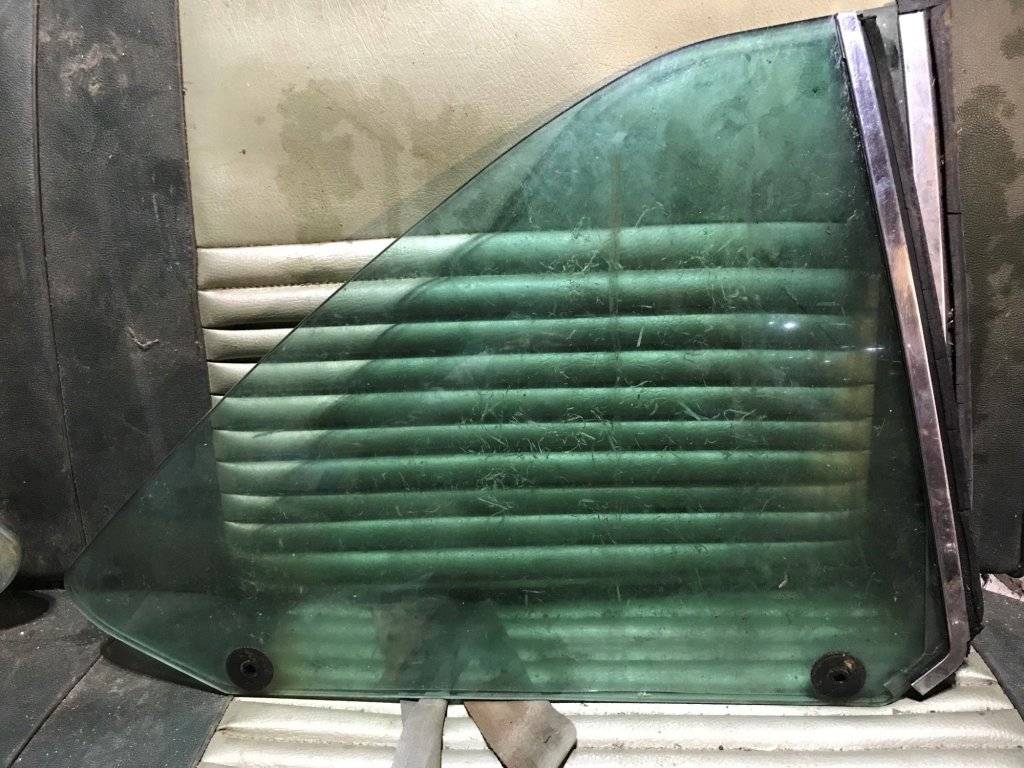 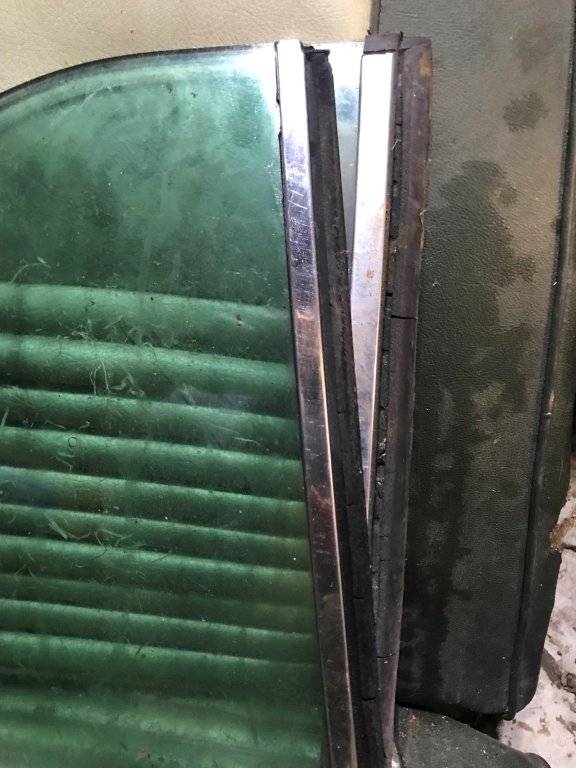 I will look for a part number.

Of course, you could ask the previous owner what cars he got them out of. If he knows something about Chrysler's, it might at least narrow down your search.

70 have more of a slant then in 71 moved straight up and down.

70 Sport Suburban said:
70 have more of a slant then in 71 moved straight up and down.
Click to expand...

So was the 70 style only one year?

This picture is a 70 door on my 71 GT you can see how much changed. 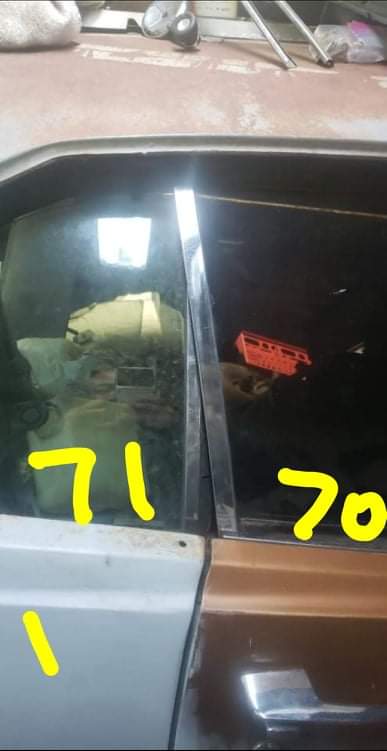 70 Sport Suburban said:
This picture is a 70 door on my 71 GT you can see how much changed.

Do you know how long the 71 style way carried. I will list mine for sale of trade.

Sorry one more question do you know if they were the same for Dodge and Chrysler?

I'll throw in a 3rd question. Do you know if the vertical runners for the glass in the door changed from 1970 to 1971? Thanks Ben

1970FuryConv said:
I'll throw in a 3rd question. Do you know if the vertical runners for the glass in the door changed from 1970 to 1971? Thanks Ben
Click to expand...

It looks like to me that the 70 is narrower.

MONC440 said:
Sorry one more question do you know if they were the same for Dodge and Chrysler?

I can look in my part's book but I do believe Dodge and Plymouth were the same Chrysler might be also. The book will tell me as far as year's I believe 72 changed again.

I was wondering if they have a different arc. 71 Window seats away from weather strip in 70 door.

1970FuryConv said:
I was wondering if they have a different arc. 71 Window seats away from weather strip in 70 door.
Click to expand...

The arc looks like the same to me. I laid my 70 on top of the 71 and they were the same arc just the front was different.

Wonder if 70 & 71 vertical runners have same arc also. I used a 70 door shell and runners with 71 door glass.
71 door picture is pretty much explains why 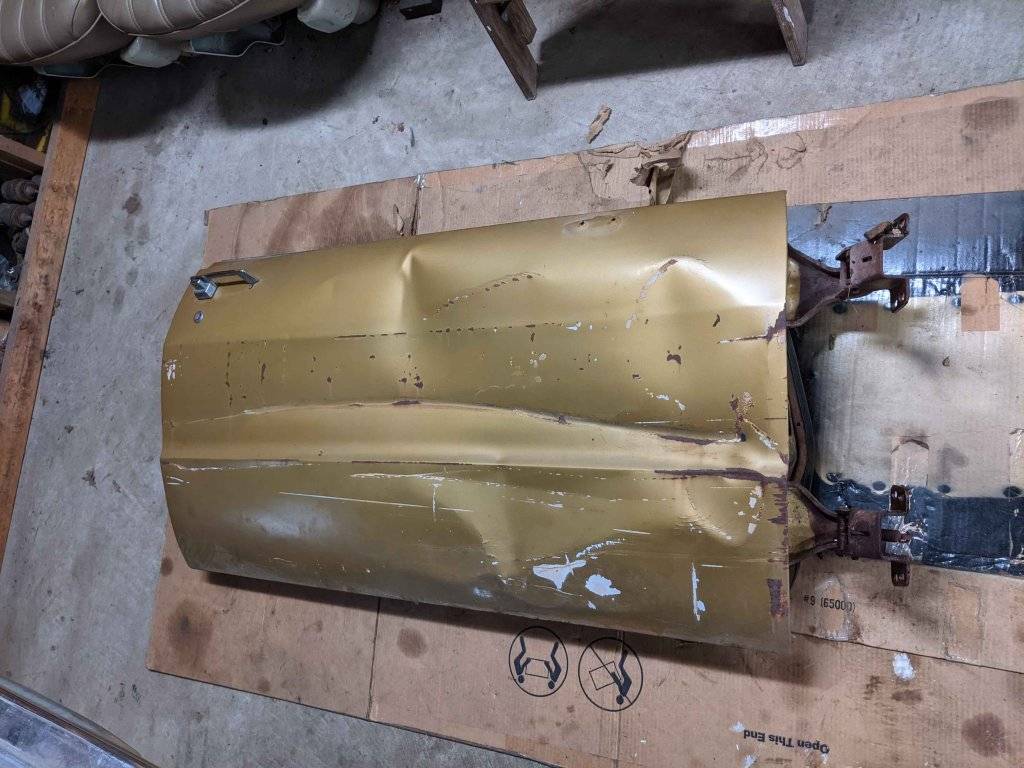 I would say based on the parts books the tracks are the same for the doors and the only difference is the front track for the rear qtr window but that part number could have changed because they used a different stud of something. My gamble would be that the tracks would work from 69 to 72. 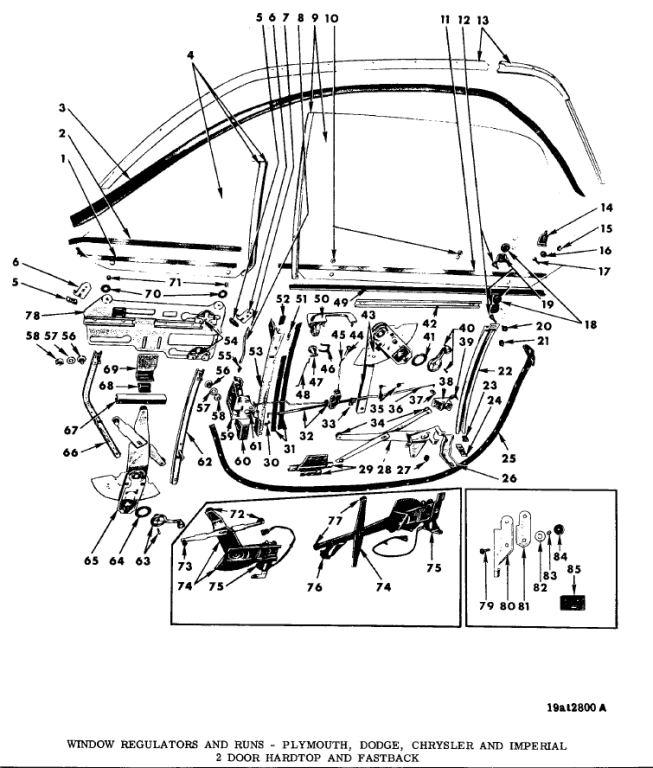 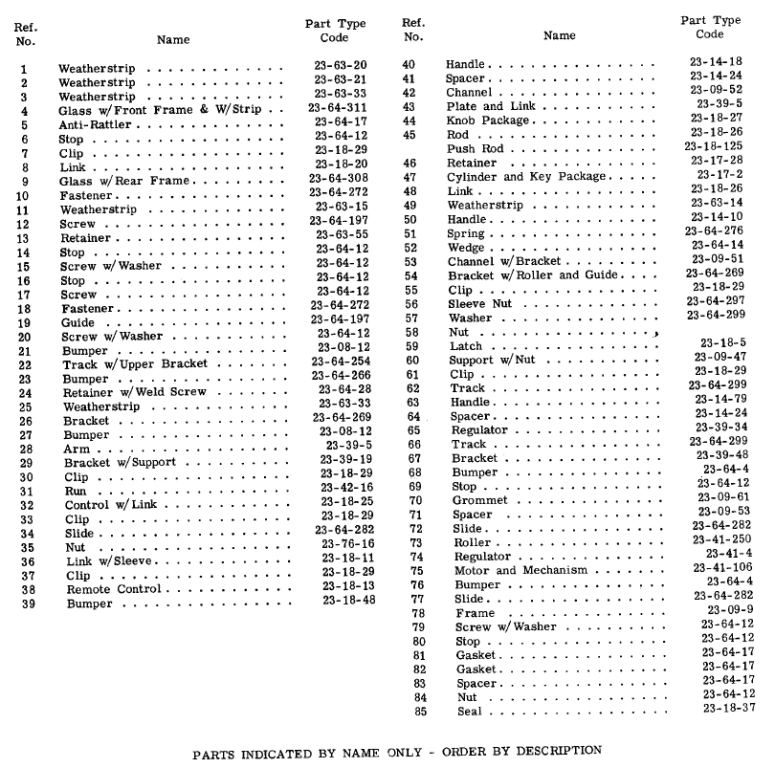 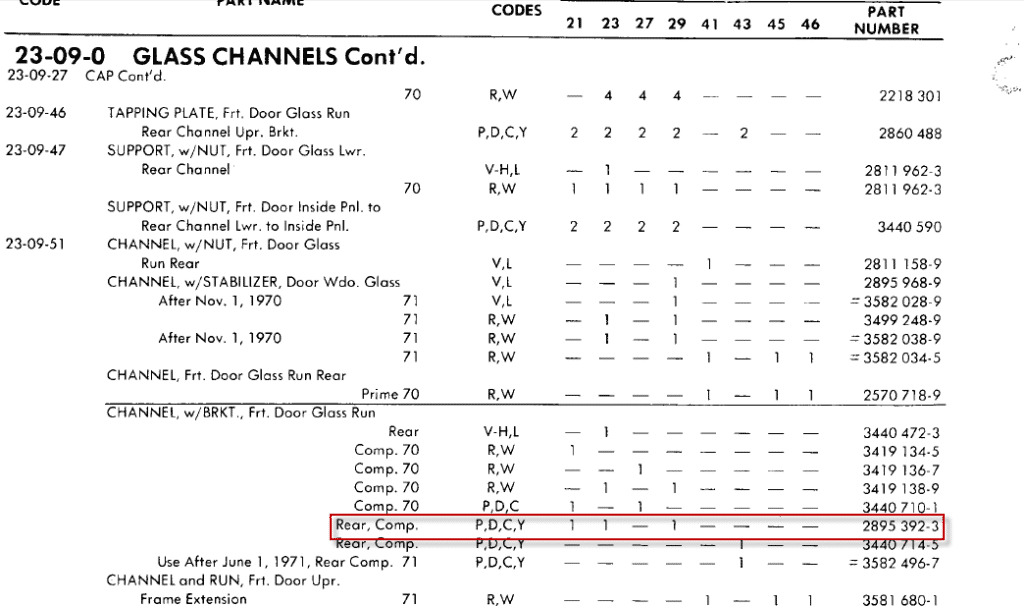 What's the best plan for this rust at the rear window?
2