I would like to introduce my 1972 Plymouth Fury Gran Coupe. You will already know him from this thread.

About the history I know unfortunately almost nothing only that what was in the craiglist and eBay ad.

It seems that it was stored in a garage since the end of the 80s. Until when exactly is not known to me. However, it was sold this year to a dealer??? which sold it to Owl Eyes. But it seems that he sold it to Netherland. Where I then found him on ebay and drove with a buddy across Germany to Netherland to look at him. We drove 1600km (994 miles) in one day. The Fury was in such good condition and the test drive was great so I bought it right away. Driving home with him was unfortunately not possible. So the seller let me deliver him with a shipping company. I have him immediately delivered to a workshop. Where now the conversion for the German roads is made.

For this reason, I do not have many pictures of the Fury. But I put a few purely from the ebay ad from Netherland were and which I have made on arrival in Germany.

what ist not original
Unfortunately, some radio/cassette deck was bolted onto the center tunnel, as well as non-original speakers in the rear.

But now to the essentials. Pictures say more than a thousand words.
A picture from the ad from Craiglist with original license plate. Which I would absolutely like to have. Also a replica would be ok. I am grateful for any help. 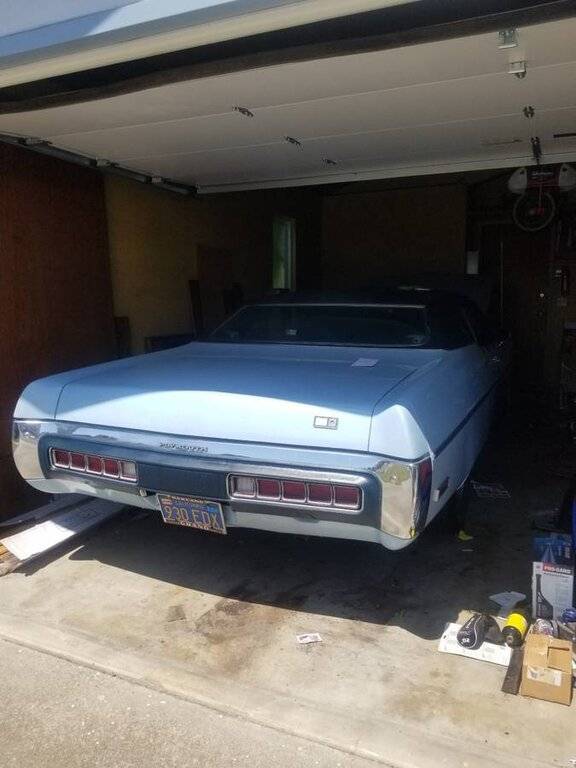 A picture from the ebay ad from America 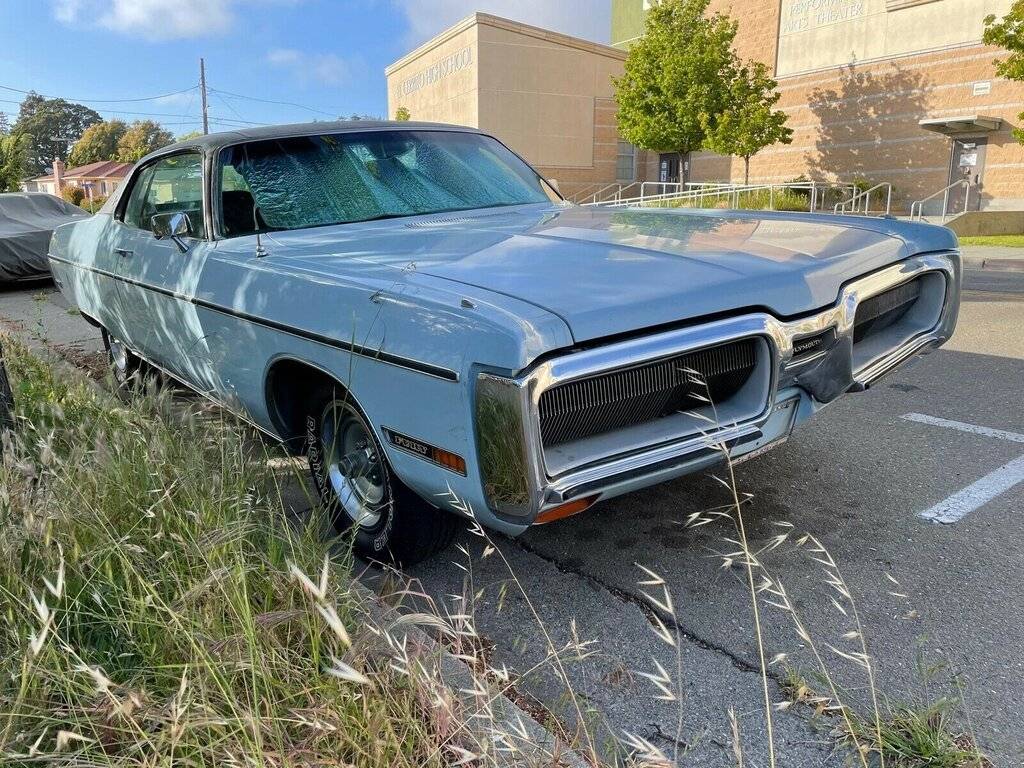 Here are pics from ebay from Netherland

And here are some pics from the arrival in Germany. 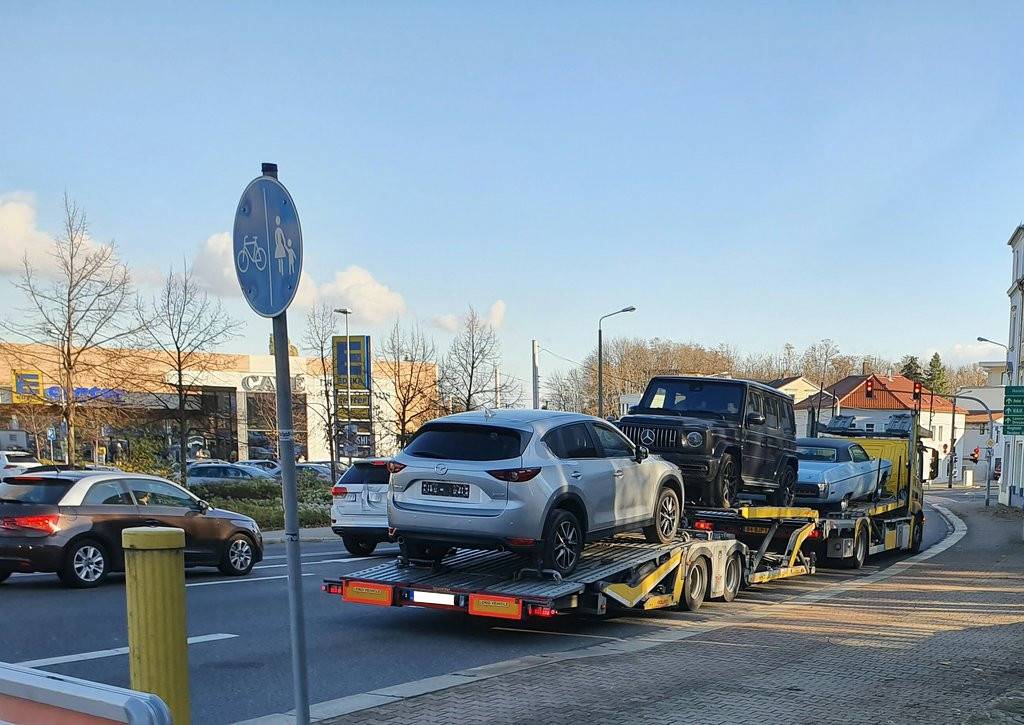 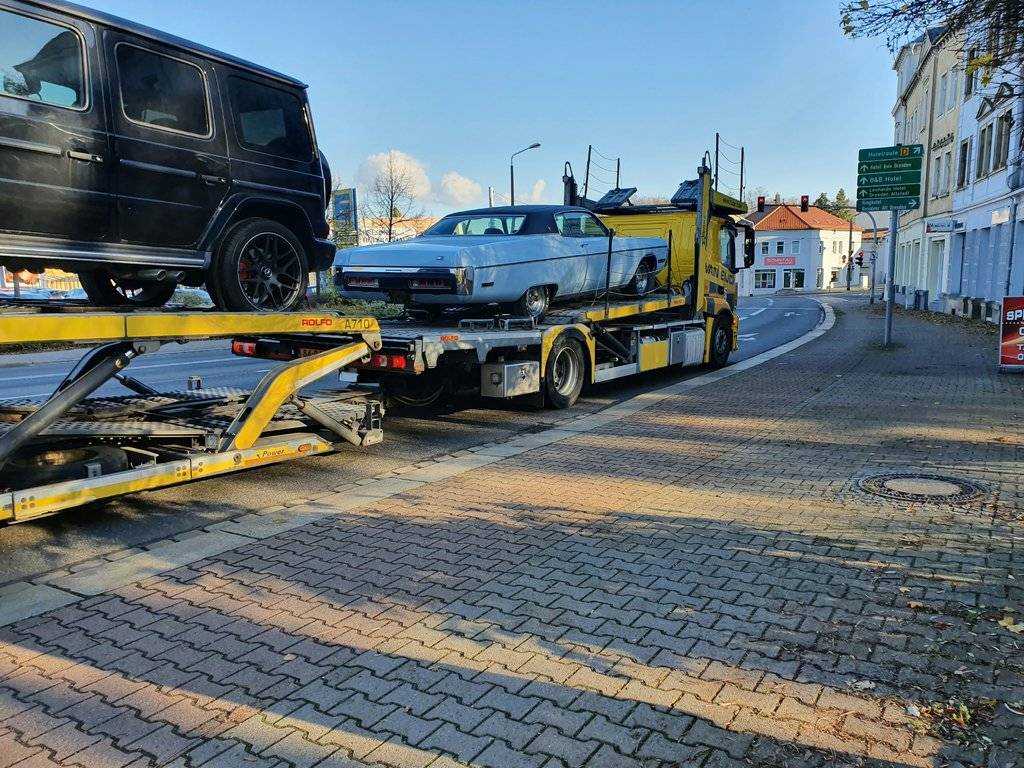 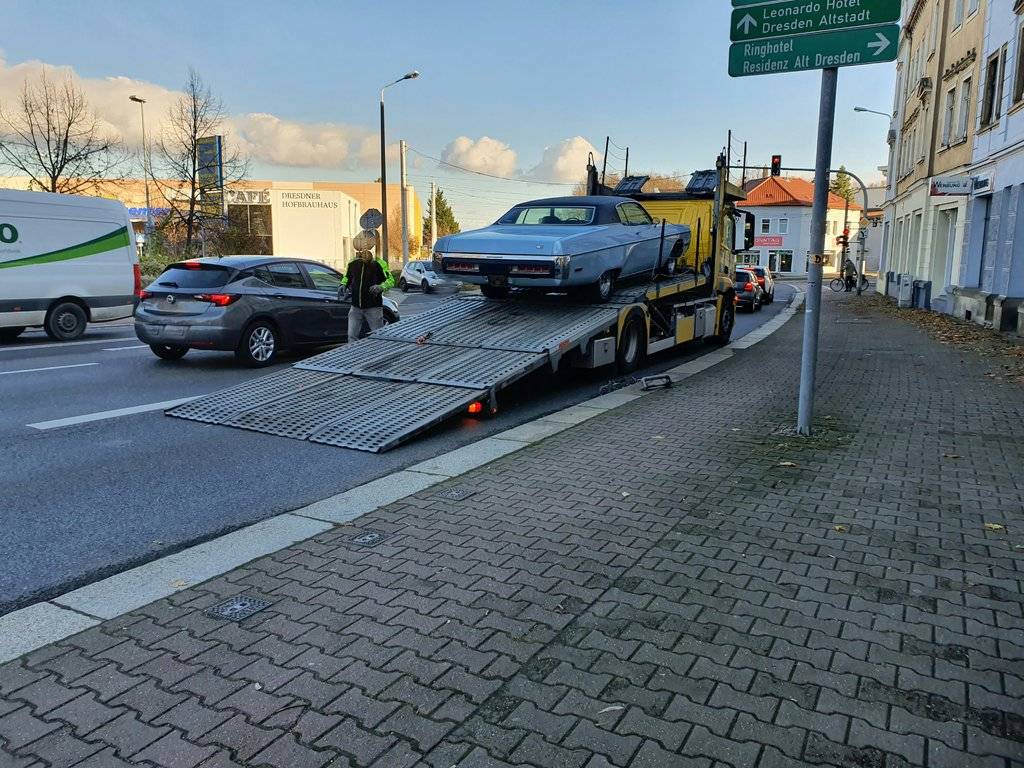 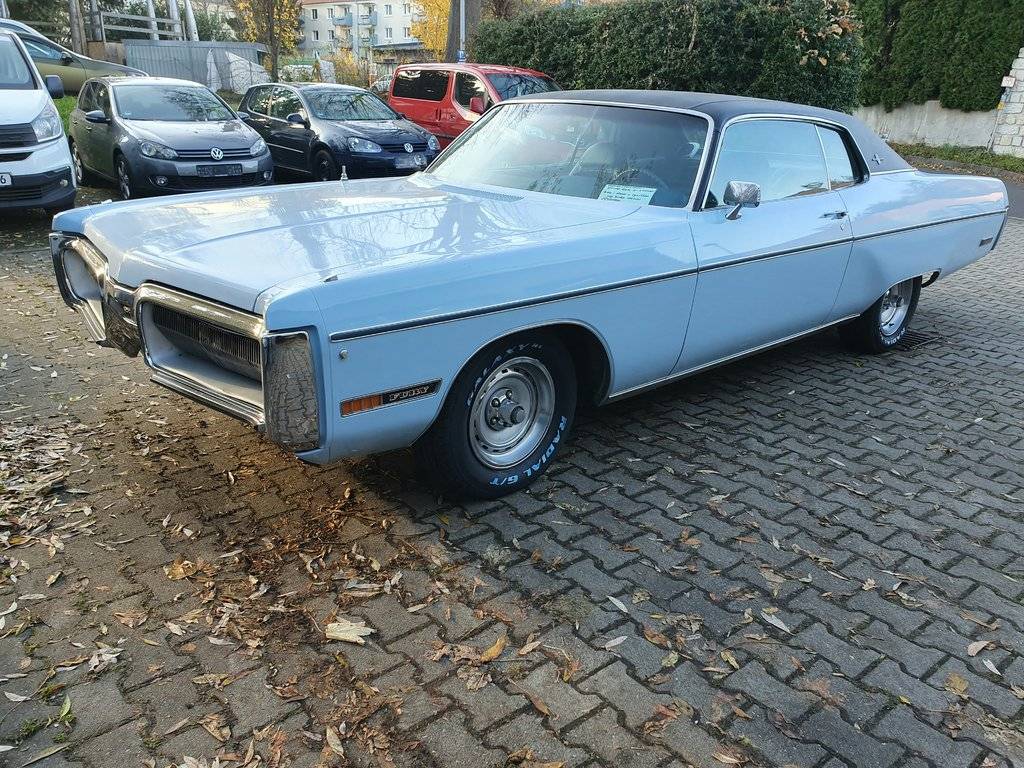 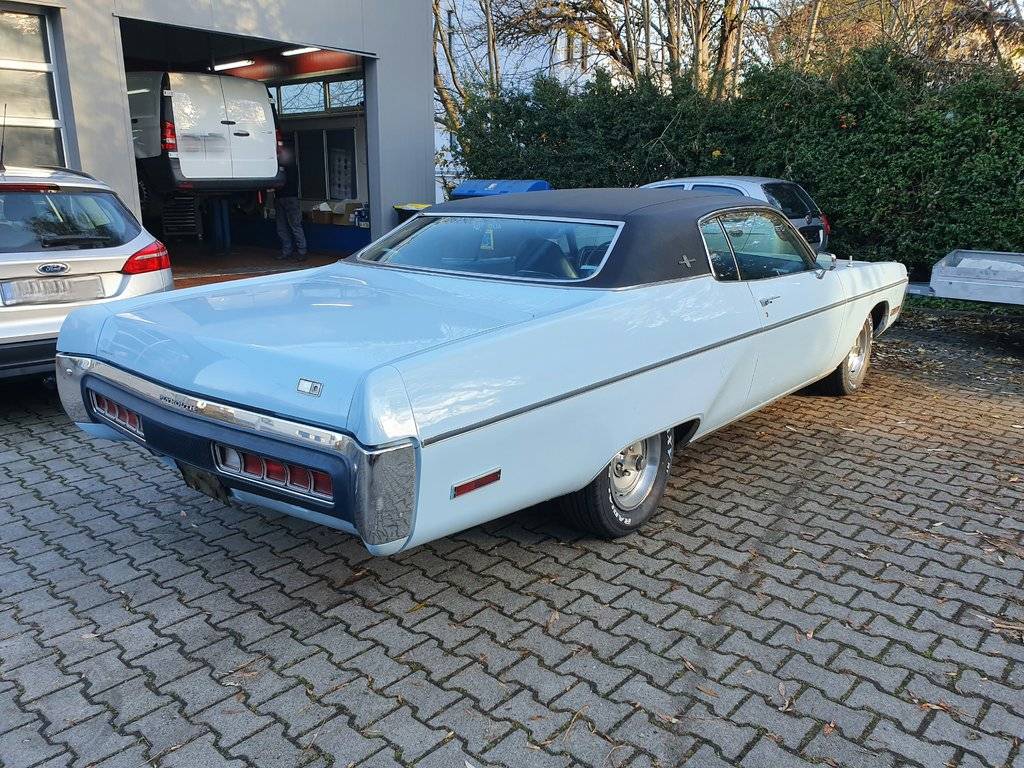 I now put my bodyplate in as a picture. Unfortunately, you can not see everything here 100%. If there are ambiguities I have to make another picture when I have the car with me.
Some codes I have already decoded. Can you please check this again. And the missing please complete? with a few characters I am not quite sure. There I have made a "?" [edit: thanks on ayilar and Locu Mob for the help!]

Its right that my Furys Birthday on 20.october 1971 is? Stand the building year also on the body plate? 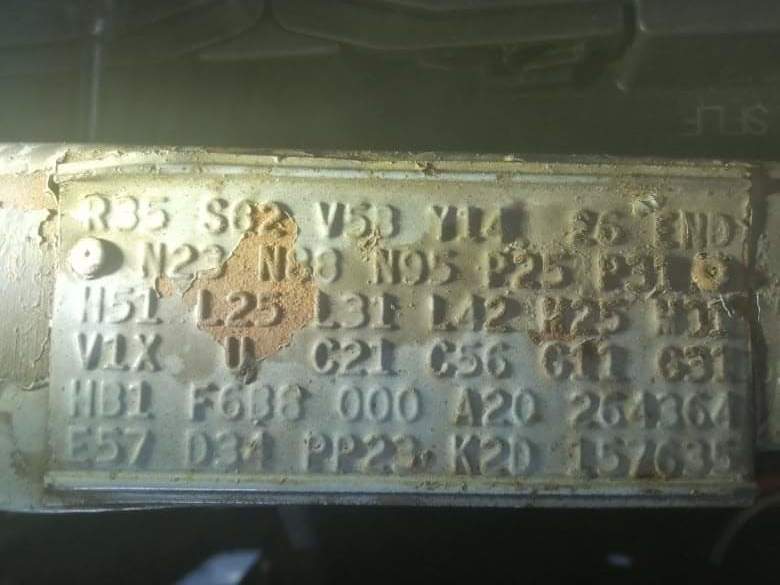 2 questions at the edge I just have.

which models had the flip headlights and which had the chrome rear bumper with the plastic part? Like mine. Only the gran coupes?

[edit: this pic are a perfect answer for my question - I assume that only the Gran Coupe has the flip headlights and the trim on the rear bumber] 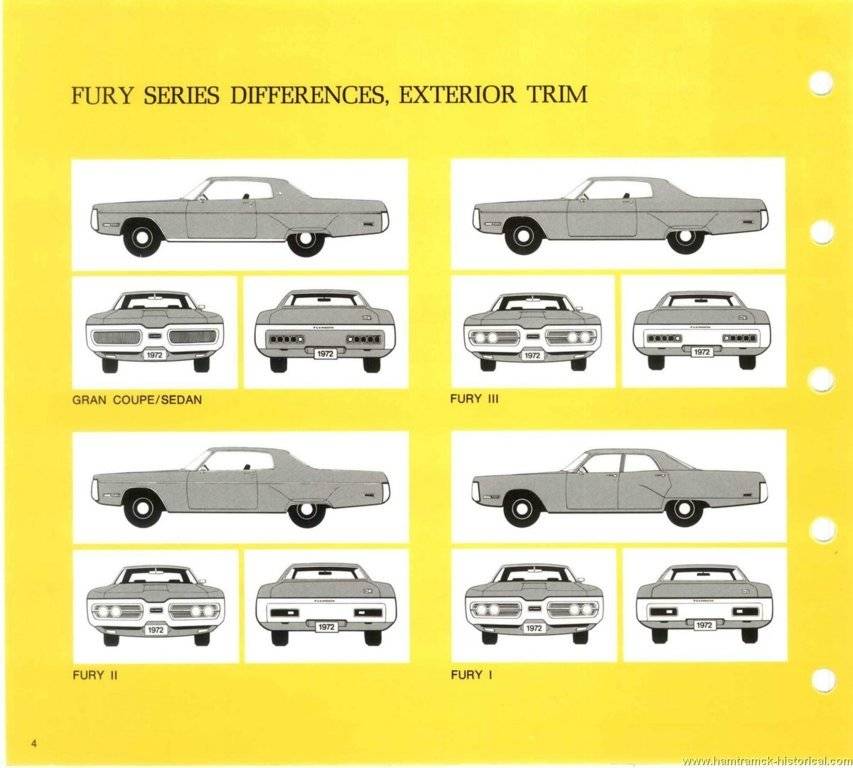 [edit 2: I have now read that the hidden headlights was standard equipmemnt in Gran Coupe and Gran Sedan. And later available as an option by Fury III and Custom Suburban. 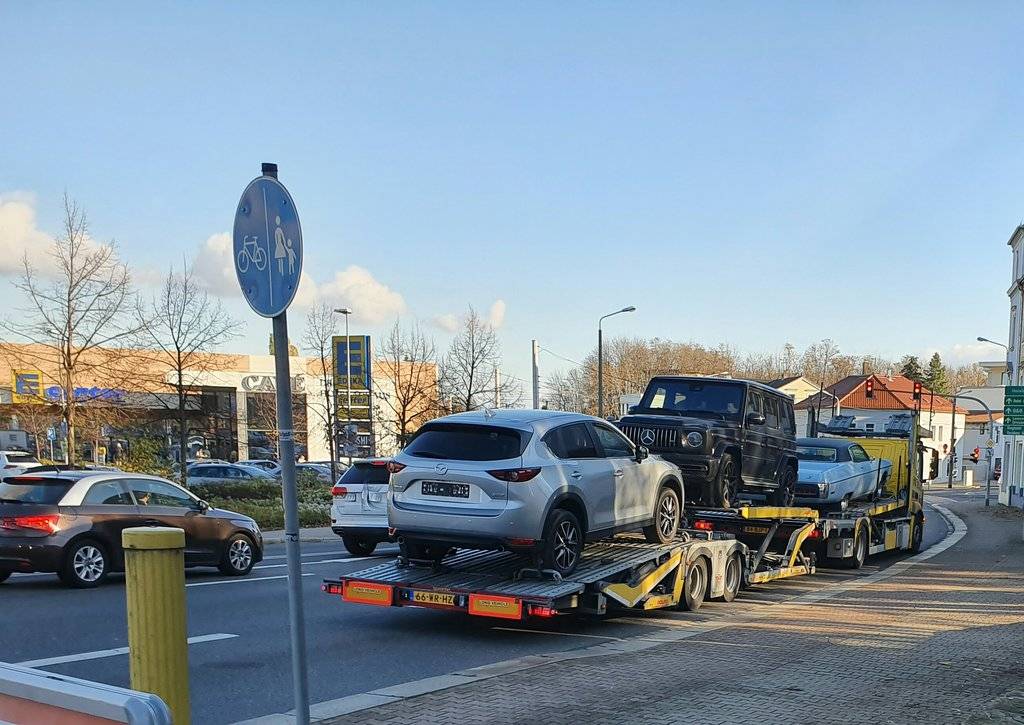 Car looks good. Congrats on getting it in your possession.

Congrats!
What's the Germany conversion?
Thanks.
Mine: Wearing Sunglasses 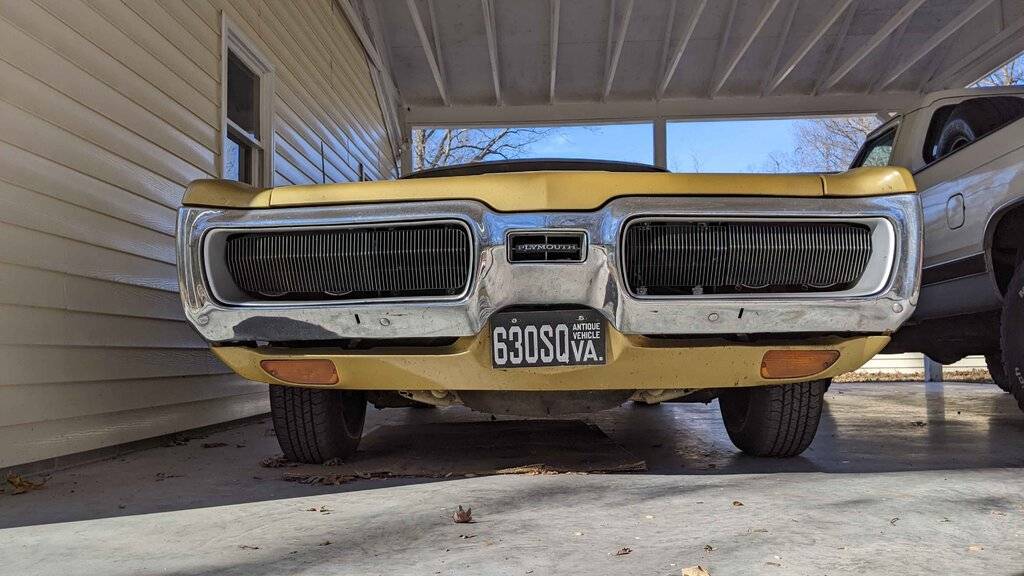 
Those are the codes I could find, some may not be correct, but most of them are. A broadcast sheet would confirm the codes. Hope this helps.

I think he means the mandatory and rather stringent inspection required in Germany before the car can be licensed and put on the road.

As Mr.C stated, Plus I remember from being over in Italy back in 90-93, I brought my 86 Pontiac GP over with me while in the Navy, and in order for the car to stay in Italy, I local wanted to buy it, these type of conversion had to be made. Euro DOT / MOT's require additional lighting and marker lights. Like Red FOG lights in the rear due to the foggy weather among other Amber side marker lights. Exhaust regulations too. I think our DOT regs are more strengent in most cases, but older car now don't comply with even Euro DOT / MOT's.. Just my 2 cents.

@Pixel -- thanks you for posting about PP23K2D157635 (I have added info to your first attempt at decoding; the main change is that F6B8 is one piece of info)

The car looks great, I wish you to enjoy your Fury in good health

For your license plates - I had mine done by this company out of Florida. They are spot on replicas and of the highest quality. www.license plates.tv 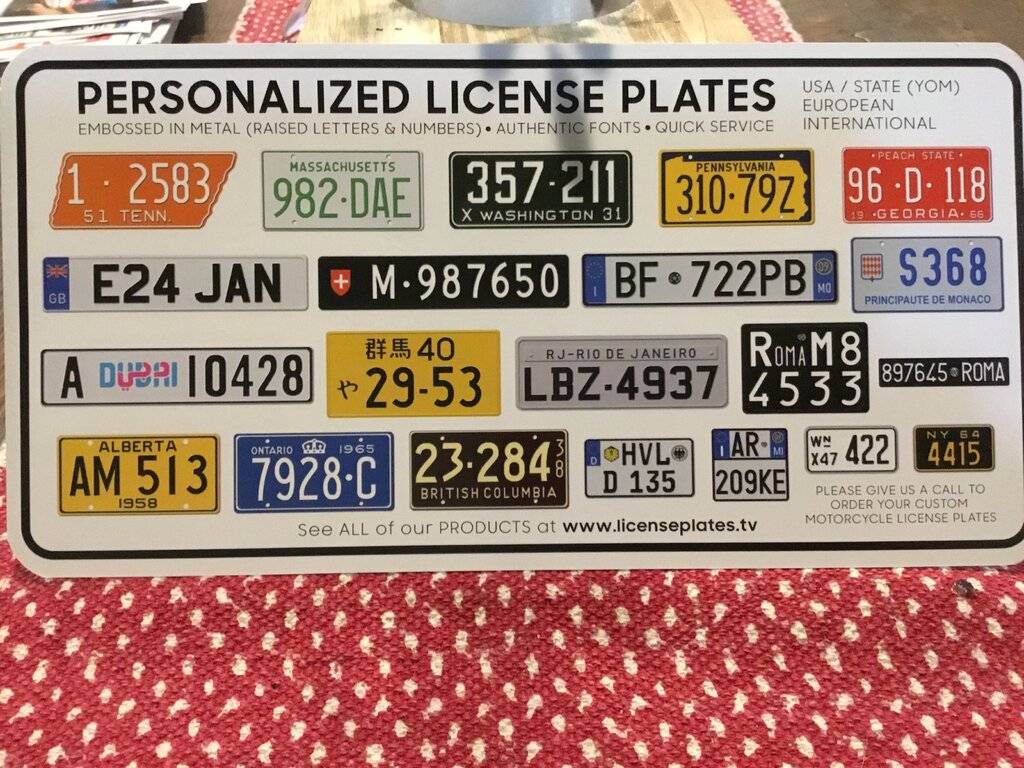 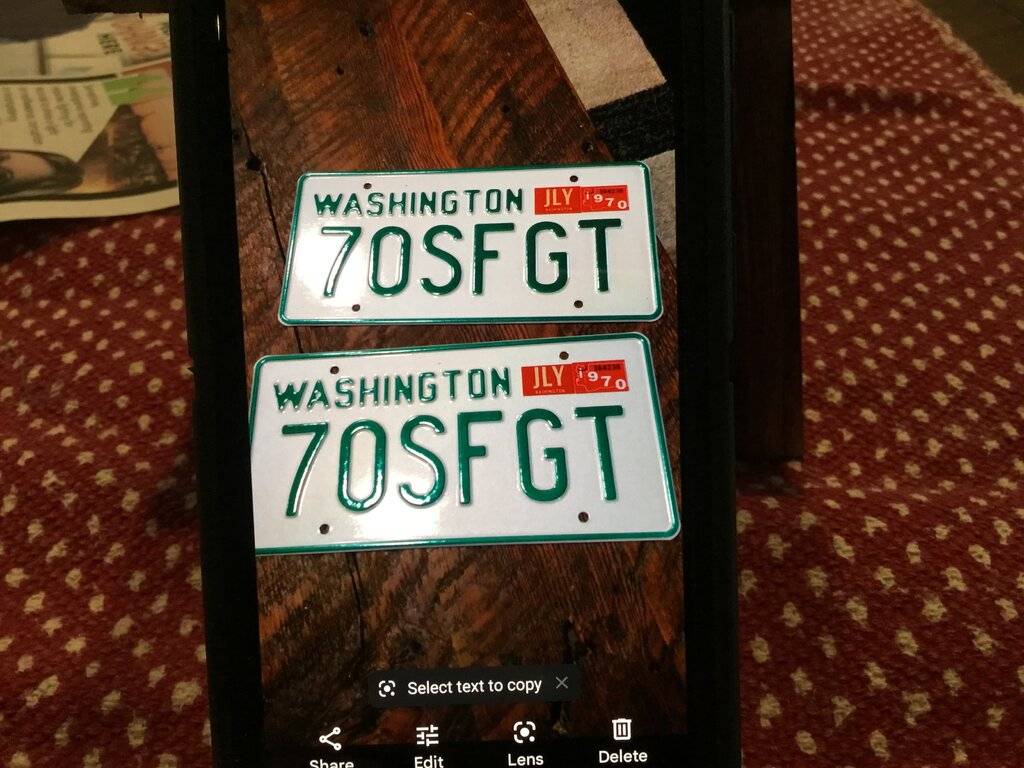 Another set for our GT. 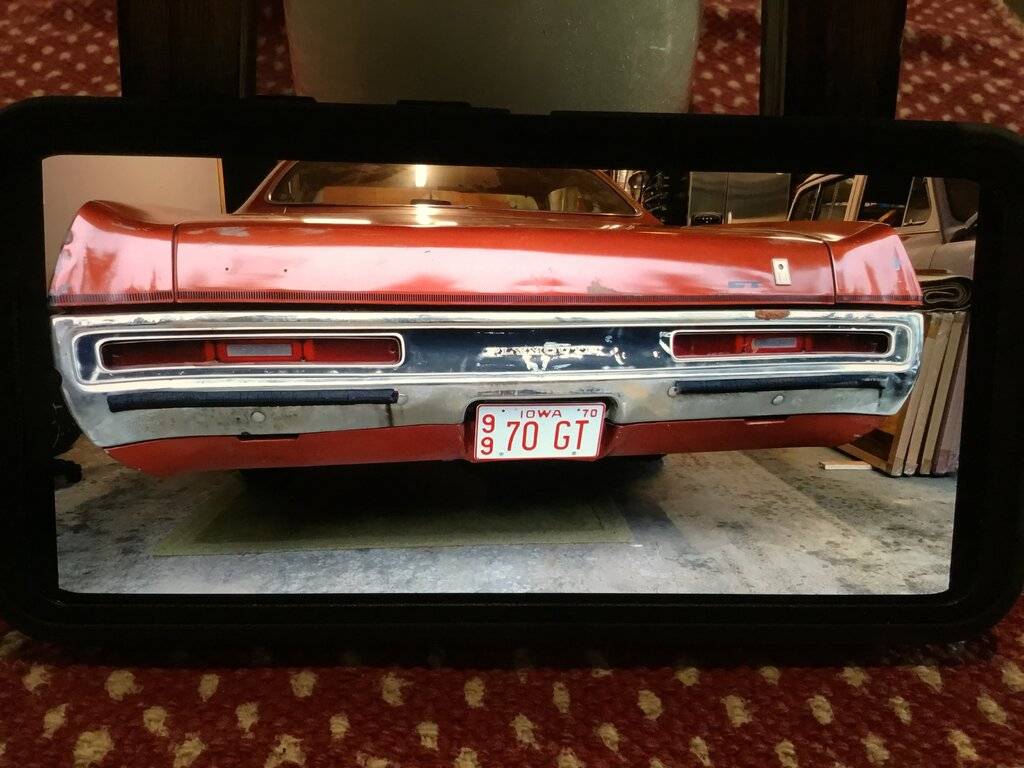 CBODY67 said:
Car looks good. Congrats on getting it in your possession.

Thank you! Also thanks for the hamtranck site. I will read there any more.

I have seen your car on Facebook
Thanks for your congrats.

I mean the conversion for our german roads. Since all headlights need the European approval marks. And the American yellow front parking lights are unfortunately not allowed in our country.

Thanks to you for completing my VIN decryption.

I will complete the open points above and the two not properly readable digits I will check again on the car.

@Mopars & Matchbox
Thanks for this site for the license plates. I will take a close look and certainly order some.

[edit: @Mopars & Matchbox, california blue plates do not have them on offer :-(
I have to search further]

Pixel said:
the two not properly readable digits I will check again on the car.
Click to expand...

LocuMob said:
I was thinking M31, but now I think it's M81, Front Bumper Guards.
Click to expand...

Could be, I'm just guessing based on potential codes and what is on the car. I don't know if bumper guards were listed on the fender tag.
Last edited: Dec 12, 2021

LocuMob said:
Could be, I'm just guessing based on potential codes and what is on the car. I do t know if bumper guards were listed on the fender tag.
Click to expand...

What is means with M01-"start molding"? i dont understand it.

What is means with M01-"start molding"? i dont understand it.
Click to expand...

I don't either, that's @ayilar's idea.

Love the color combo on this!
You must log in or register to reply here.