Here’s the car & 3 of the 7 guys that help me with my YouTube channel It’s got the ugliest front bumper ever put on a car. 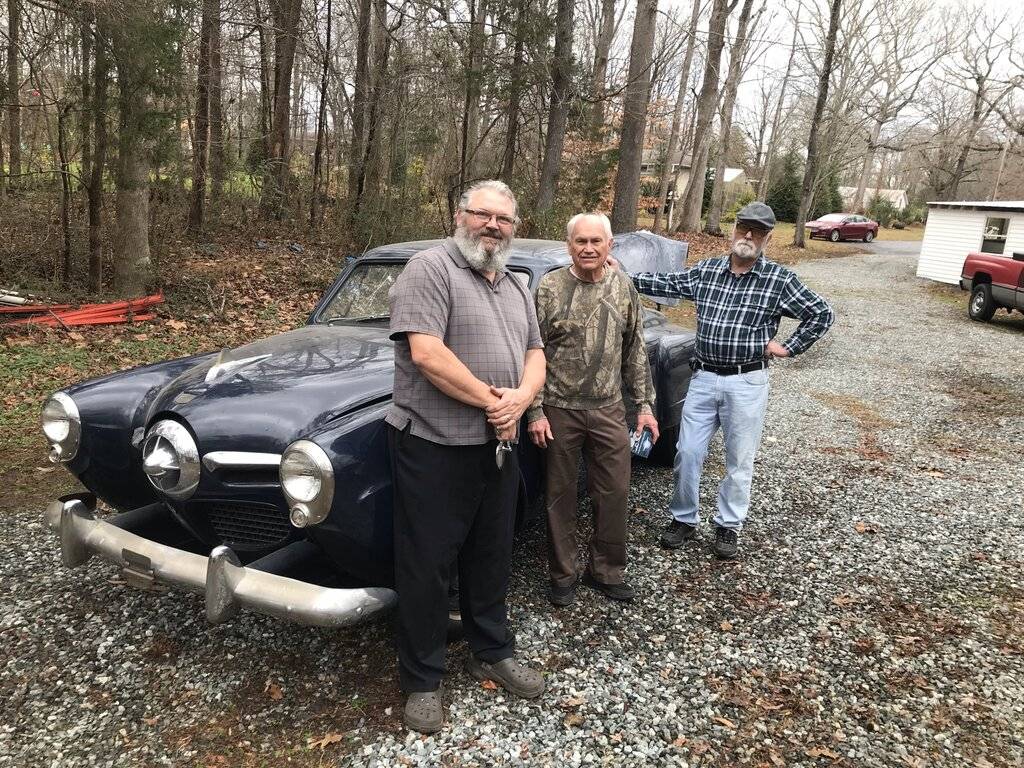 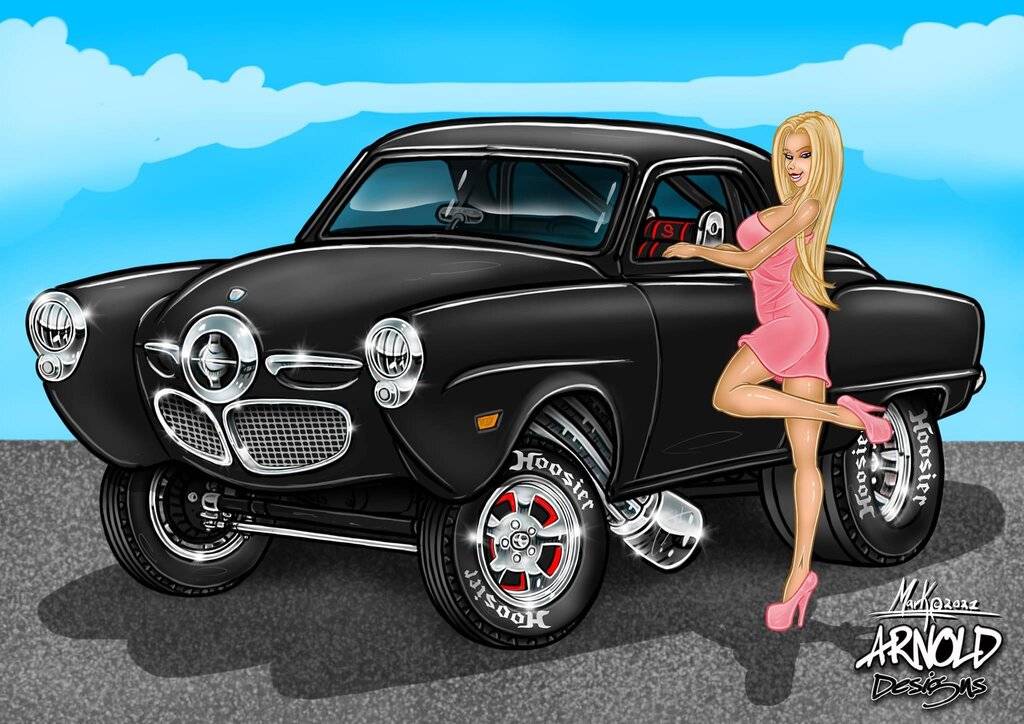 I drove the car Sunday. The steering is wonky. Somethings wrong. We did find a bad tire rod end & it’s also hitting the exhaust pipe. Gut feeling is the box is bad too. I was dirt tracking’ just trying to go straight.

Well I’m being told that 1959 is a one year only front suspension….YEA, go team !

C Body Bob said:
Well I’m being told that 1959 is a one year only front suspension….YEA, go team !
Click to expand...

I know the quarters are bolt-on-off. Is Studebaker the only one that did that?

C Body Bob said:
It’s got the ugliest front bumper ever put on a car.
Click to expand...

Probably not going to change your mind but the '51 has a filler panel that I think looks better. But there are other small differences. 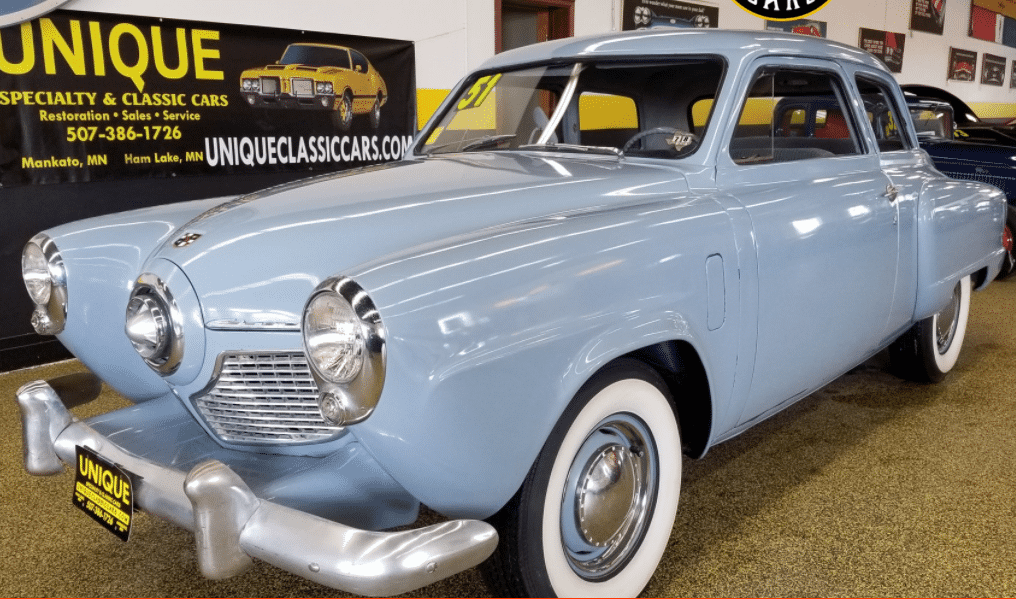 I think I'd start here first. It seems like there are bearings (maybe bushings) that tend to wear out first. And of course it's under the engine (your arm will look different, the one pictured is for a power steering system) 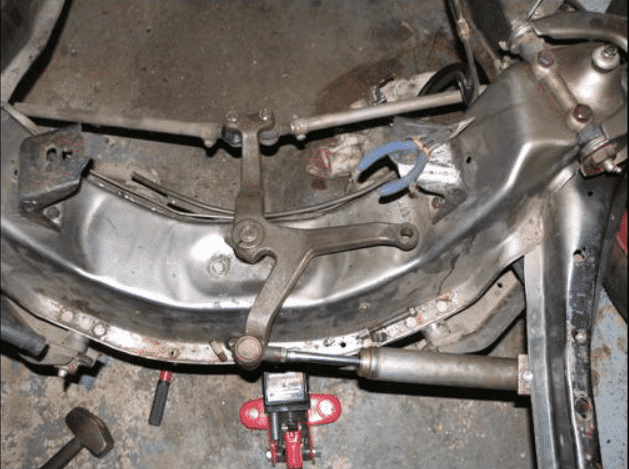 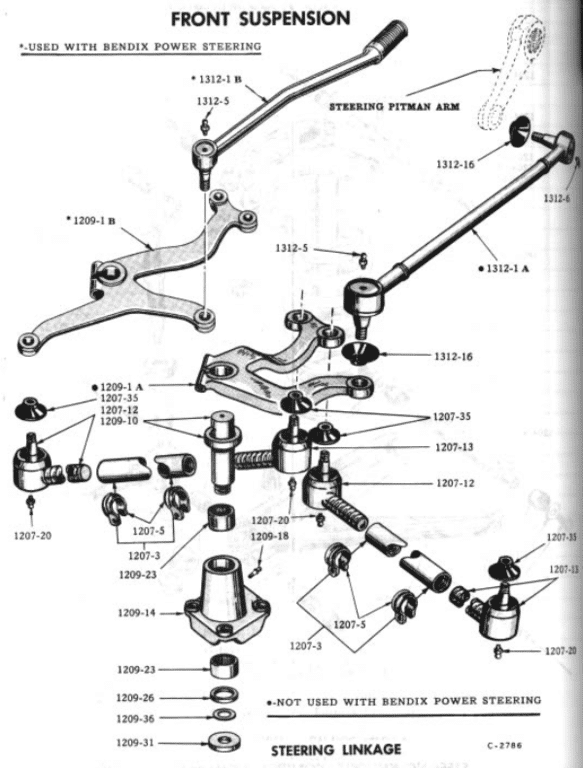 65sporty said:
It's not going to be a issue if your going for a Gasser look
Click to expand...

True. The turned out to look & run so well I’m having second thoughts. Hate to butcher such a nice car. Other than the steering this car is road worthy

BigblueC said:
Probably not going to change your mind but the '51 has a filler panel that I think looks better. But there are other small differences.

That looks a lot better.

Well I’m thinking I’m going to pass on the Studebaker. Looks like steering parts are an issue. From what the guys on the Facebook Studebaker group are saying. The idler arm is an issue & none available. Steering boxes also no one is rebuilding them as no parts are available. There is a couple Studebaker salvage yards that are supplying parts that are better but not new. Probably will be ok for a car that will be seldom driven. Tie rod ends are $80 apiece & Rare Parts shows to have them.
So right off the bat I’d have to dive into the steering. $240 for tie rods, hope I can source a used box & idler.
I also found a tread where a guy re-engineered his steering. This was a one year only & apparently had some geometry issues. His too was hitting the exhaust.
This car had an amature restoration years ago. It looks pretty good & runs pretty good but drives aweful. It’s too nice to turn into a gasser. And I don’t want to spend the time, effort & money to fix the steering & buy used parts in the process. I have a shop full of projects now. Then there’s the 12 volt/8 volt battery thing. There’s something funny going on there. I’d have to figure all that out. A bunch of guys on the Studebaker group said they’d buy it if I pass. They’re Studebaker guys & im a MOPAR guy. So if any of you guys are interested I’ll give you his # before I give it out to the Stude guys. You guys are my extended family. I’ve been a member here for 7 years now. I thought it was odd that it looked pretty decent, ran really well. Trans seemed ok but the steering was the worst of any car I’ve ever driven. Now I know why. Amateur restoration & they didn’t want to tackle the steering.
Last edited: Jan 8, 2022

My thinking is pretty much the same. If I come across a car as original and nice as this one I will leave it alone or sell it to someone that will restore it. If I really wanted a gasser I would find another Studebaker that turning it into a gasser really doesn't matter. I've been hanging out at dragstrips since I was a teenager in the mid 1960's. I loved the Studebaker gasser. Loved the look of it doing a wheelie and the front end bouncing when the wheels touched down. My home track back then was Great Lakes Dragway in Union Grove (Da Grove), Wisconsin. Alot of Studebaker and gasser clubs from Southern Wisconsin and the Chicago area back then. Dang, I miss those days.

Otherwise your stuck with "Studebaker guys" who are a dying breed now and rather hard to find, as you've seen. Very interesting cars but like our odd-ball MoPars they can be expensive to fix.

All of this reminded me of "Chickenhawk". An old racer from the '60s if I remember right, that had a twin turbo setup 20 years ago. 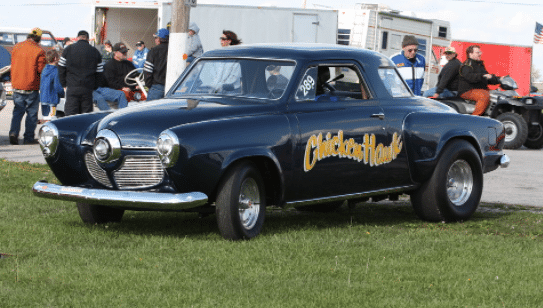 Sadly, it looks like she was lost about 10 years ago. 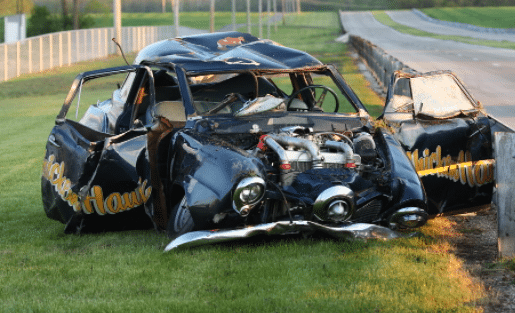 BigblueC said:
All of this reminded me of "Chickenhawk". An old racer from the '60s if I remember right, that had a twin turbo setup 20 years ago.

I remember the Chickenhawk as well, saw it at a car show at least once, sad to hear of it's demise like this.

That car was a truly legendary drag racer:
"In 1962 it was entered it in the NHRA National Drags in stock class and won the class. In 11 years it won the class 8 times. Ted has continued to race the car since that time. On May 9th 2009, Ted was involved in a crash at the Muncie Dragway. As you can see, the Chicken Hawk suffered major damage. Ted was taken to a local hospital and is healing at home."

One of the cool factors of the car is that the owner was one of the groundbreakers in turbocharging (outside of the 'professional' arena, anyway) and it was all done with Studebaker engines. Carbs were still Avanti pieces, even when 'better' things were available.

The owner, Ted Harbit, was 74 when that wreck happened. Some folks credit the cage builder with saving his life (which is certainly not deniable). Car rolled 10 times *and* hit the timing board.

From reports back in 2009, the car was far beyond any possible repair, but Ted kept it and stored it in one of his buildings.
He removed some keepsake pieces and gave them to some close friends.
A report form someone that know him was that at some point after recovery he was seen out in his shop, working on a car. He continued what he loves, apparently.

For those interested, here are high-quality pics from that very day.
1951 Studebaker Commander Starlight Coupe - The Chicken Hawk 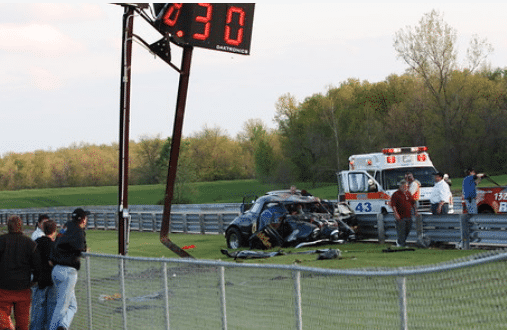 @C Body Bob , you need to update this thread Bob. Since you did buy the Stude
You must log in or register to reply here.

Barnfind 49 Packard flower car 1 of none
2