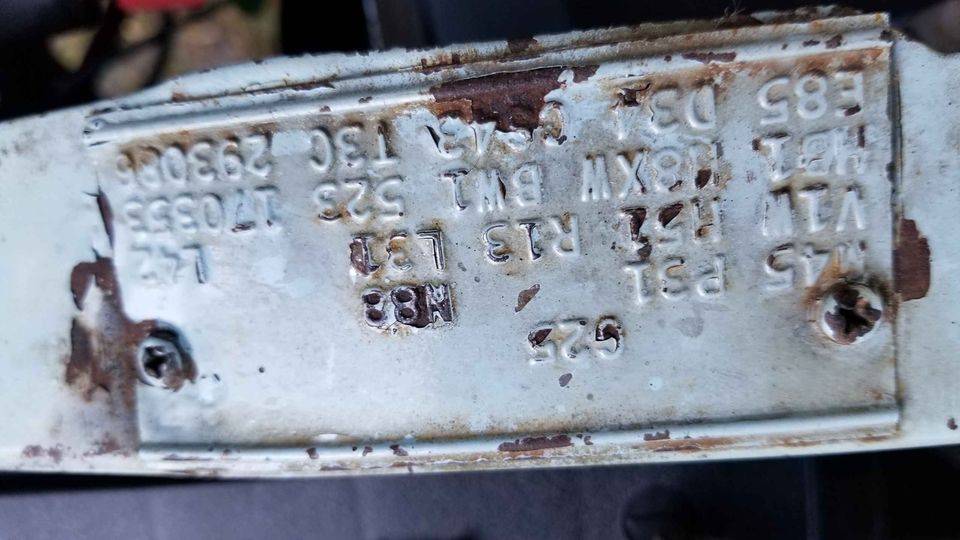 robio said:
HI got a good laugh when I saw one of my other cars on page 6 of this thread! (...) Here is the story with her.

I (w)ent to a local farm last April to buy some engines and whatever other rusty stuff I could get. He had this Newport under a tree, covered in pine needles. He said he would start it up now and then, and it should run.

I am a sucker for big mopars, so I brought her home too.(...) Even though this one is a 440, 2 door, that grille wasn't what I truly wanted at first, so I listed in on eBay for 2 grand. I was honest and mentioned that has rust in the quarters, and can't be driven regularly until the tank is cleaned, and that rear quarter didn't fade like the rest, so it didn't sell.

(.BUT.) This 73 has really grown on me. It is parked where I walk by it everytime I leave or get home. I can't seem to part with it. I had no desire to restore it before, but now from all of this reading on fcbo, it has really grown on me. I picture that blue with a white top shiny and new.. it would be sharp (...) I have decided to drive this one
Click to expand...

Great news, she will be saved! Do you have a photo of the fender tag? 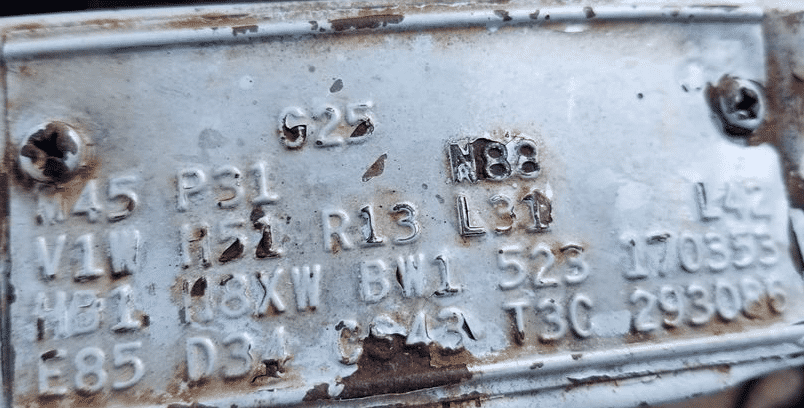 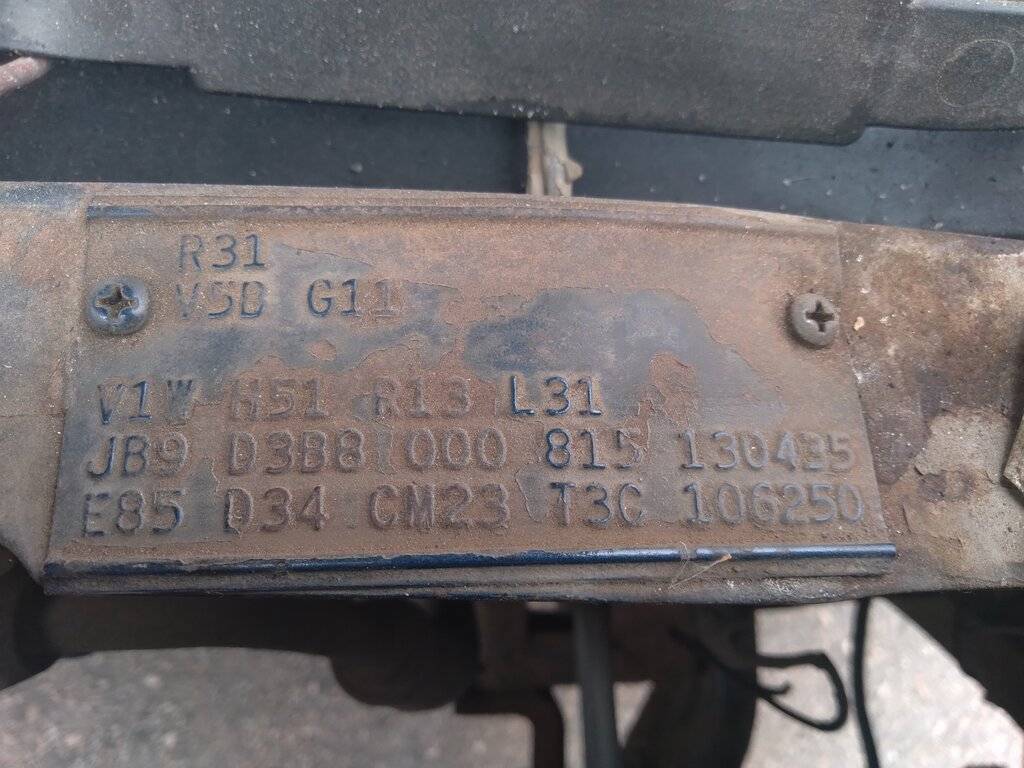 I will be hitting the parts section for an average grille to use as a driver, the trim above it, and a blue passenger side interior windshield trim. 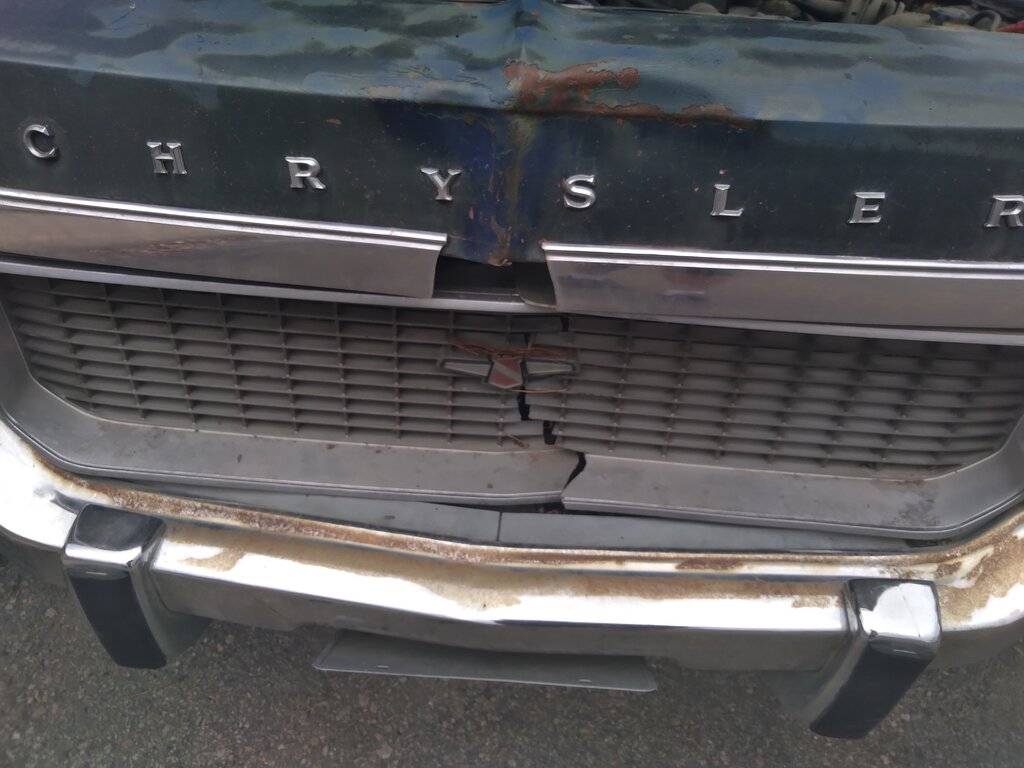 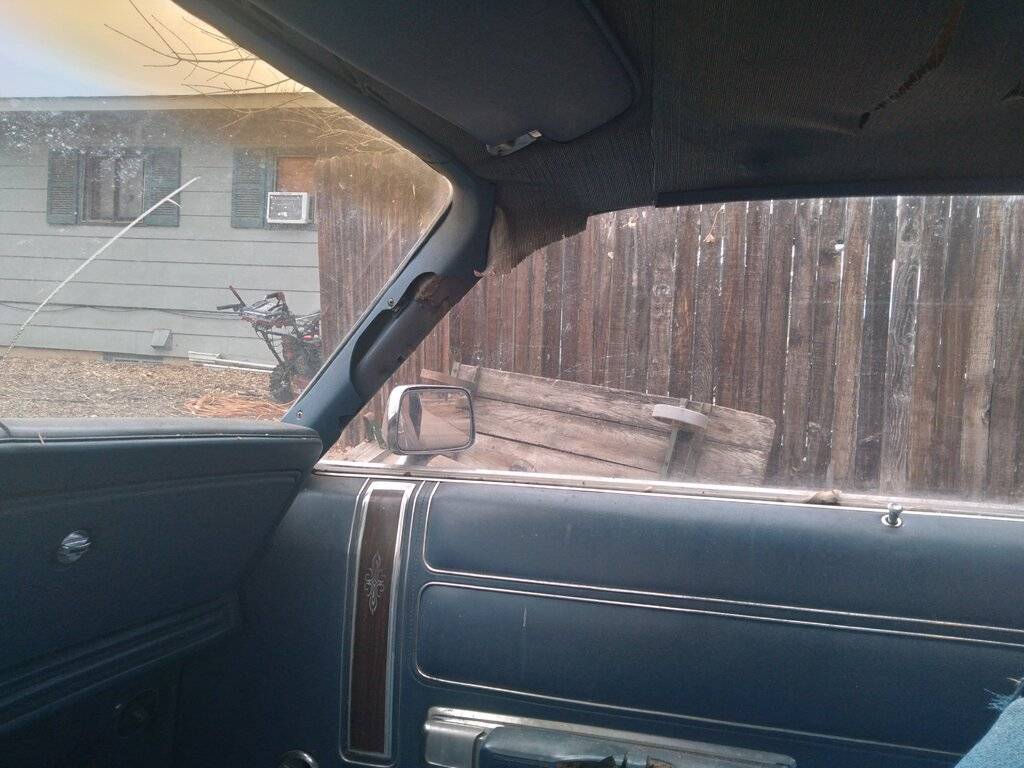 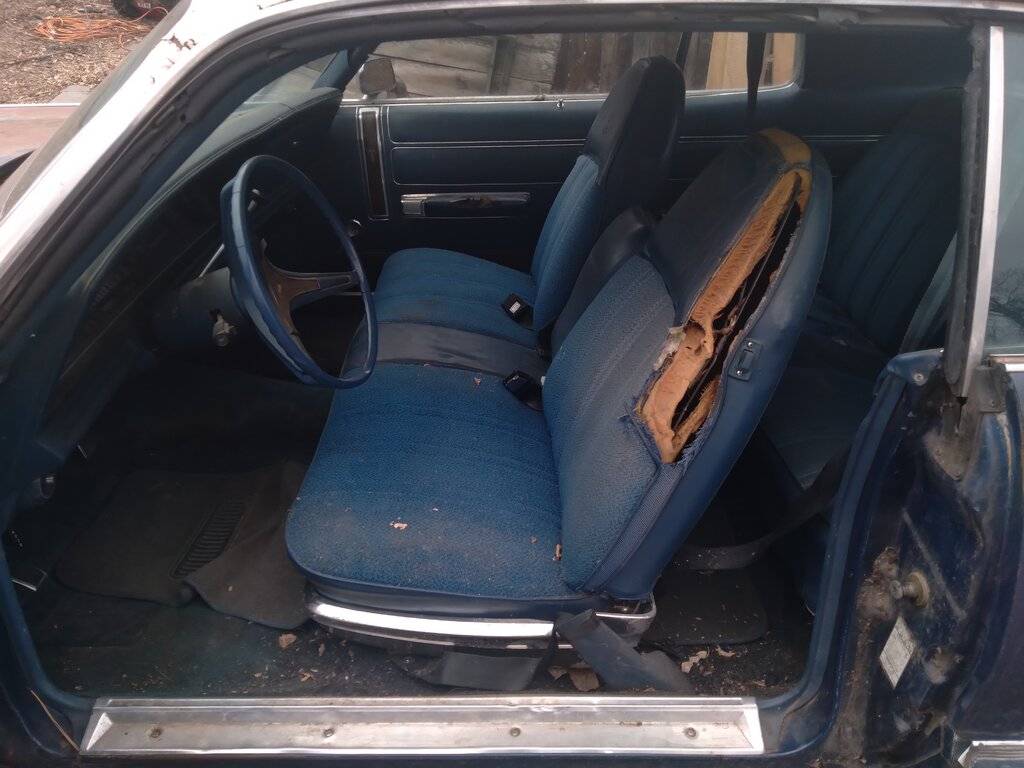 Thank you for posting it! Looks like your JB9 Newport is an early build. Beside the great color, CM23T3C106250 has a 440. Few options, but good ones
F

robio said:
I will be hitting the parts section for an average grille to use as a driver, the trim above it, and a blue passenger side interior windshield trim.

I dropped this one at Wildcat last year.

I dropped this one at Wildcat last year.
Click to expand...

Yep, looks like Wildcat, gloomy, rainy, wet and muddy. You drive up that hill and it gets gloomier and more gray. It is wonder that the cars are not a big pile of rust. Good people at Wildcat.

Thank you. Here is the FB link and the FCBO thread for records. Note the steering wheel -- incorrect but, unlike the NYB's standard and optional rim blow wheels, it mot likely honks properly still. 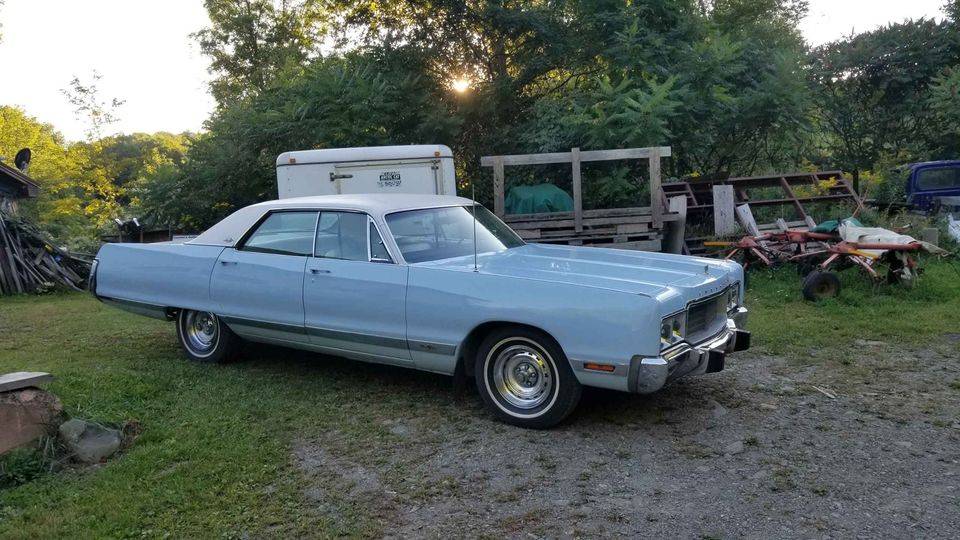 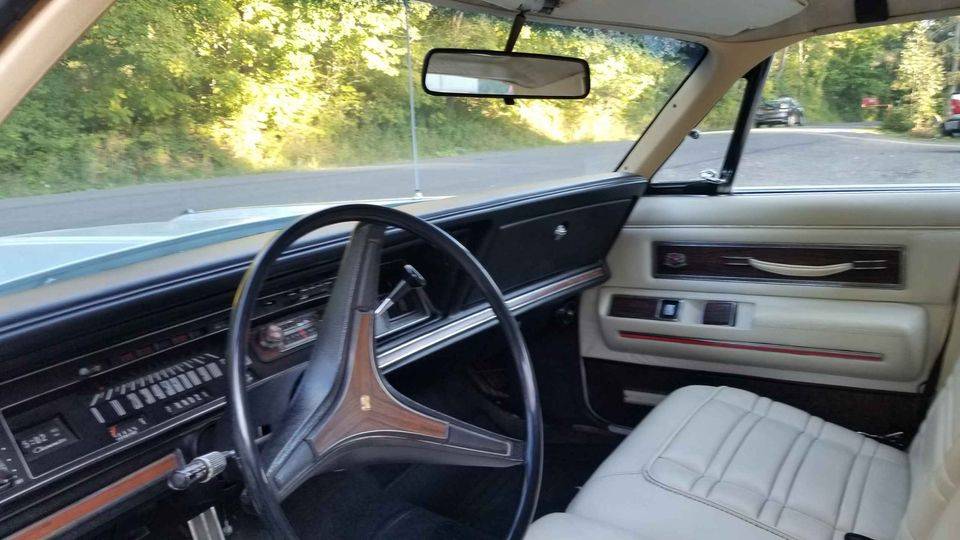 ayilar said:
Thank you. Here is the FB link and the FCBO thread for records. Note the steering wheel -- incorrect but, unlike the NYB's standard and optional rim blow wheels, it mot likely honks properly still.
View attachment 433722
View attachment 433723
Click to expand...

The trunk seal that has been showered over does not leave a trustworthy impression. The lower sheet metal parts also need a more detailed examination. I think the photos are pretty flattering to the car.

Also found some 73's On the RM Sotheby's website... 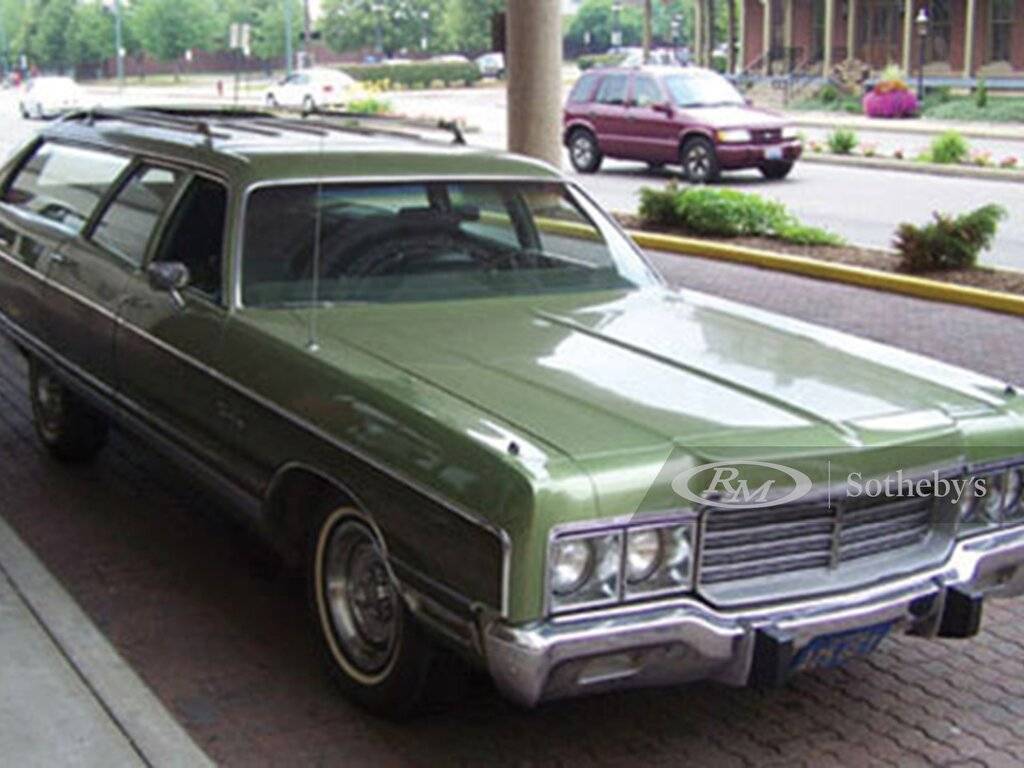 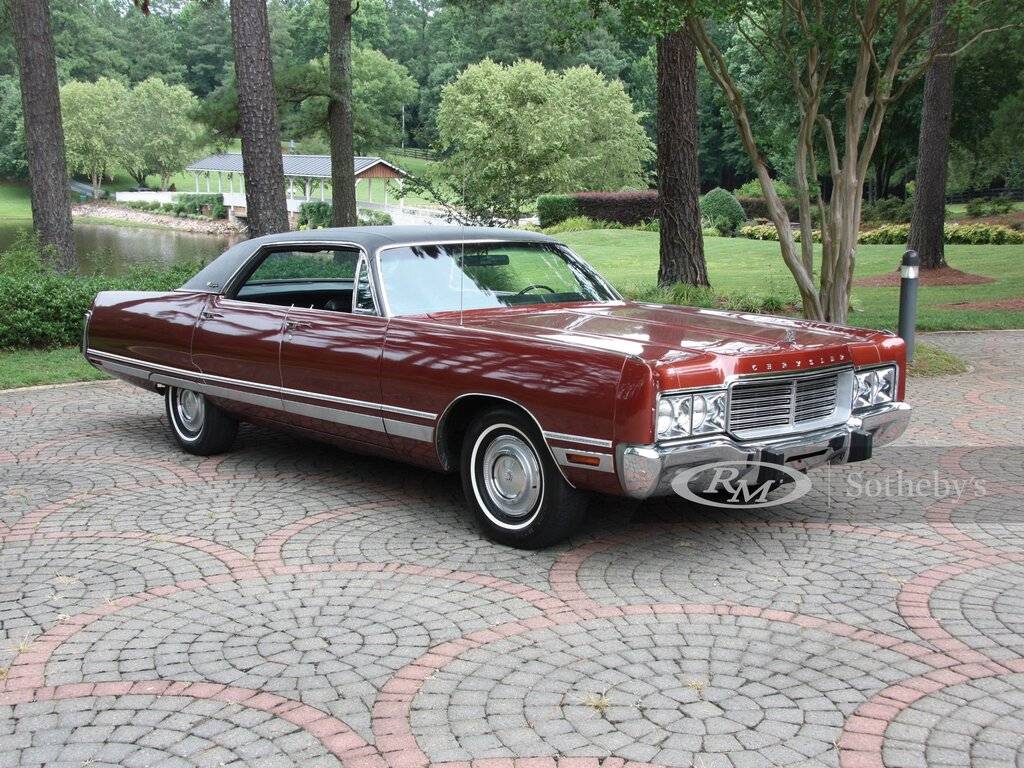 The last one looks like the template of the 1:18 die cast model.
F

it ended up in germany

Olaf Seiler said:
The last one looks like the template of the 1:18 die cast model.
Click to expand...

Indeed. @monaco75 ran a thread on the diecast model here. There are copies available on eBay for interested folks. @Jim 68cuda has reviewed models he owns here. High-res pics of an example (missing its LHS mirror) are here.


fc7_plumcrazy said:
it ended up in germany

Thank you for the link. The high-res pics on that site are an absolute treat. For those interested in filigree photos, there are plenty. 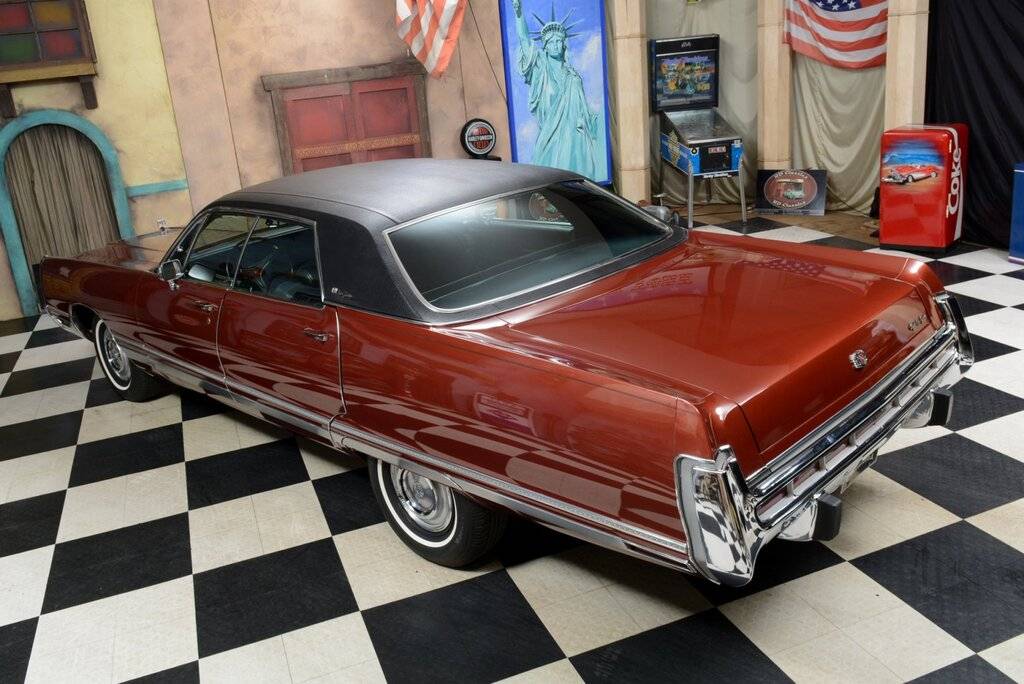 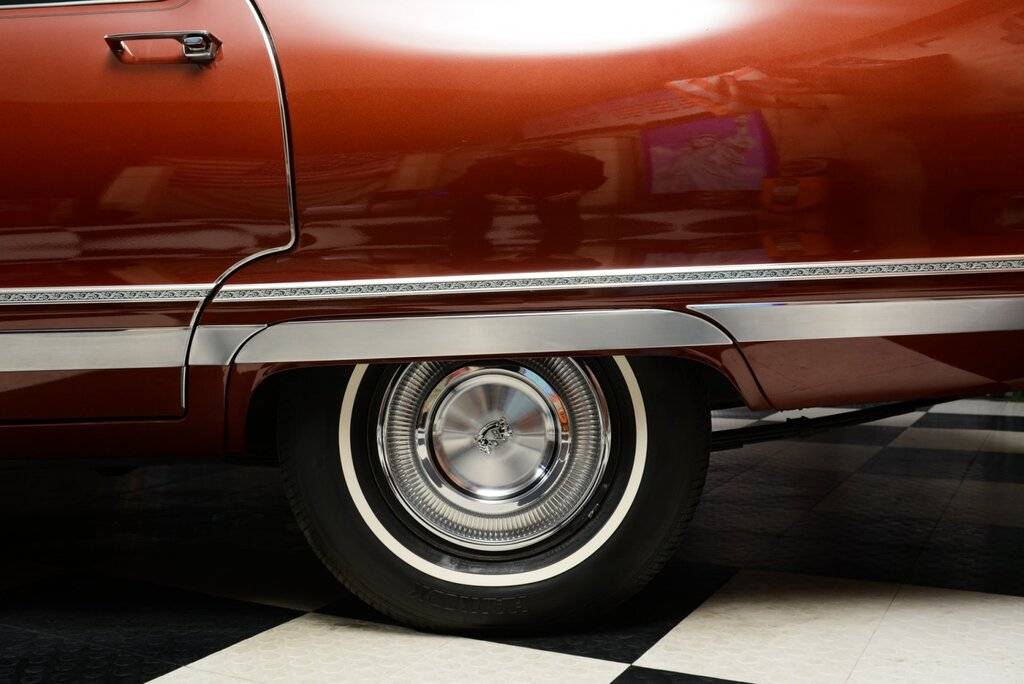 I learned one thing today, which I should have known from @Straight eight's post regarding CH43T3C222106. I was under the (mistaken) impression that the filigree was restricted to the NYB--but it was standard on both NYB and "plain NYer" (this model is a "plain" NYer -- cue the wood logo, the seat fabric, and the armrests): 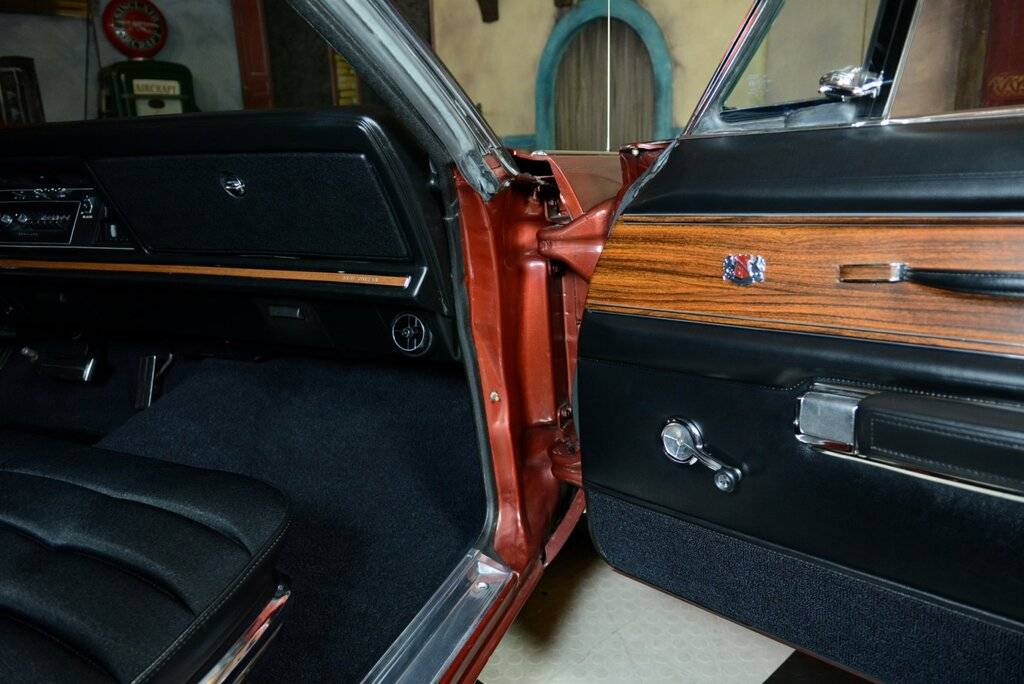 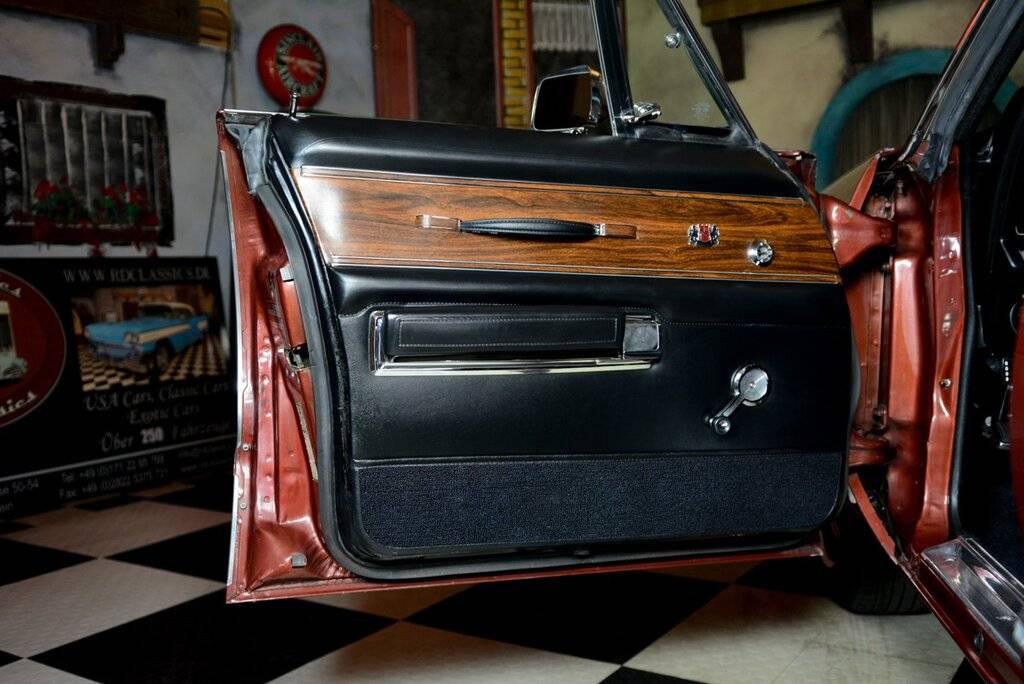 @kyle340 is selling the glove-box documents for a 1973 Newport that was sold new in Evansville, Indiana at a dealership called Kem Motors Inc. He kindly gave me the VIN for posting in our informal registry: CL43M3C268242

This 4dr hardtop "is probably long gone" but just in case, here is the link: For Sale - 1973 Chrysler owners manual

I have found similar documents for CS41T3C133805 (a loaded 1973 NYB post sedan sold by Johnson Motors in Glencoe, MN). Here is her window sticker for records: 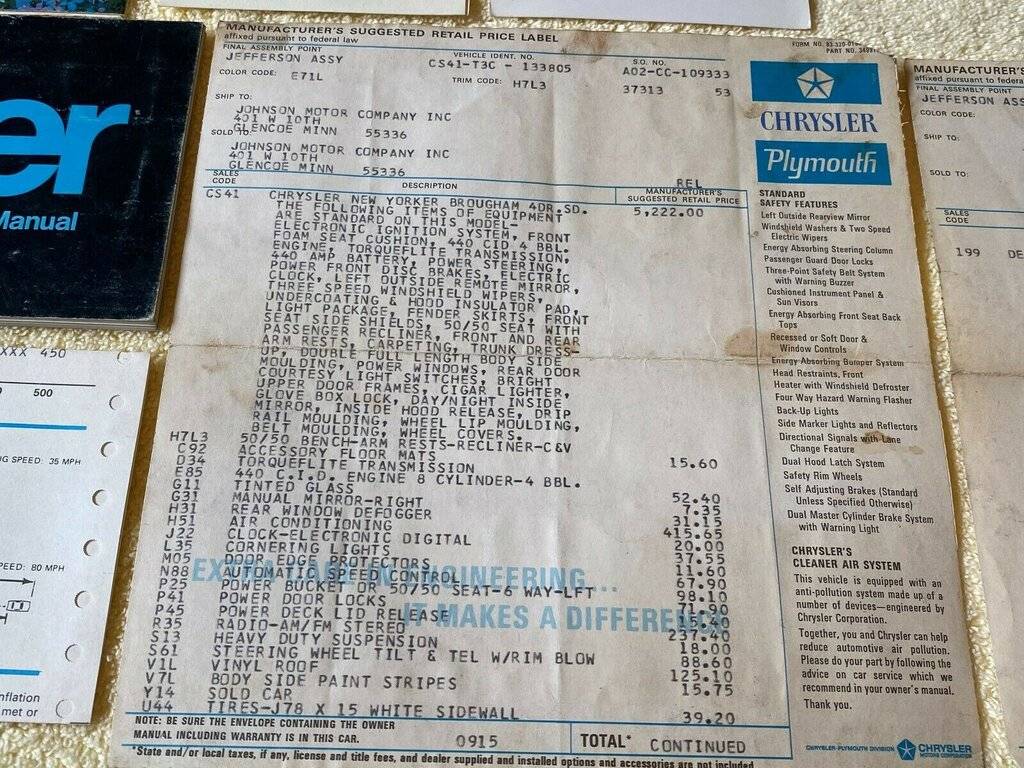 As well, here is the window sticker for records of CS43T3C249759 -- a JY3 Honey Gold 4dr hardtop with V1Y gold top and H7Y4 gold interior that was sold new to L.W. Bush from Chicago by the Donald Marx Garage in Dwight, IL: 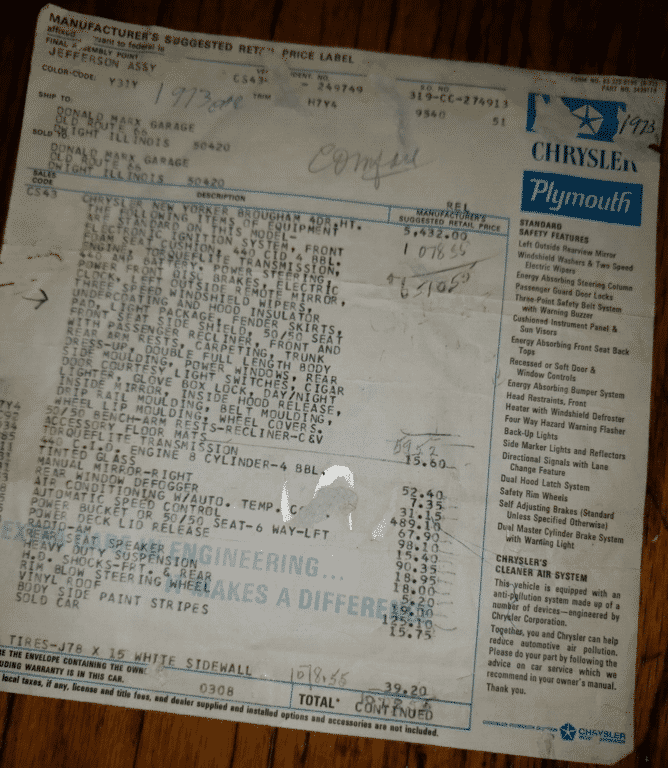 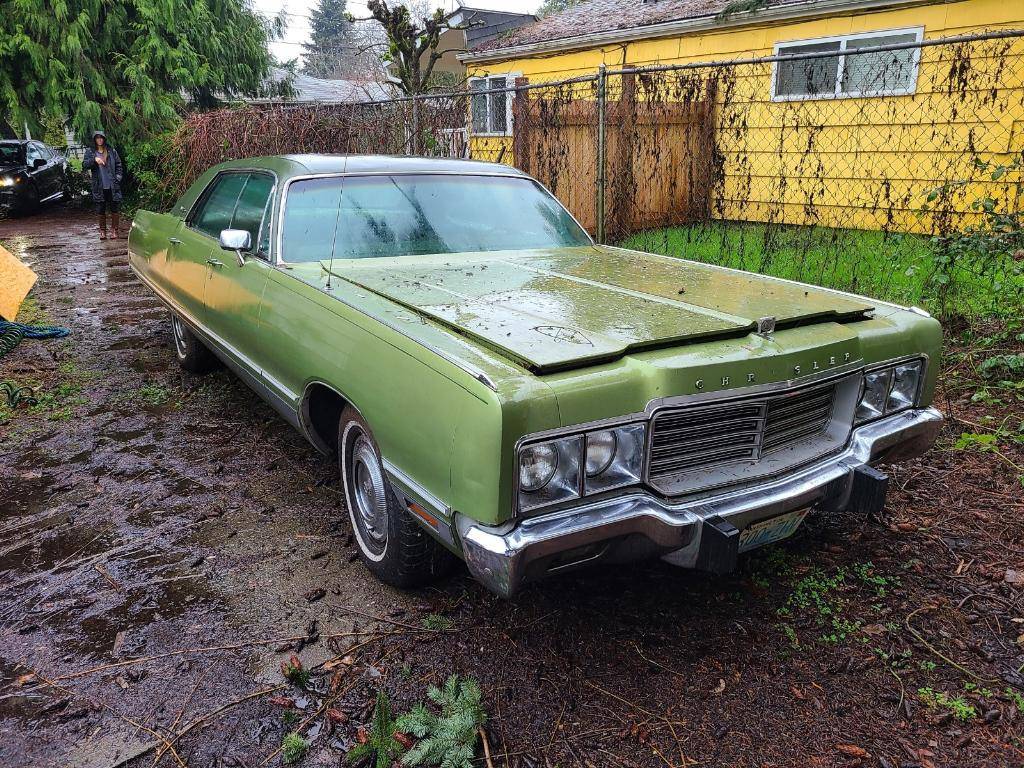 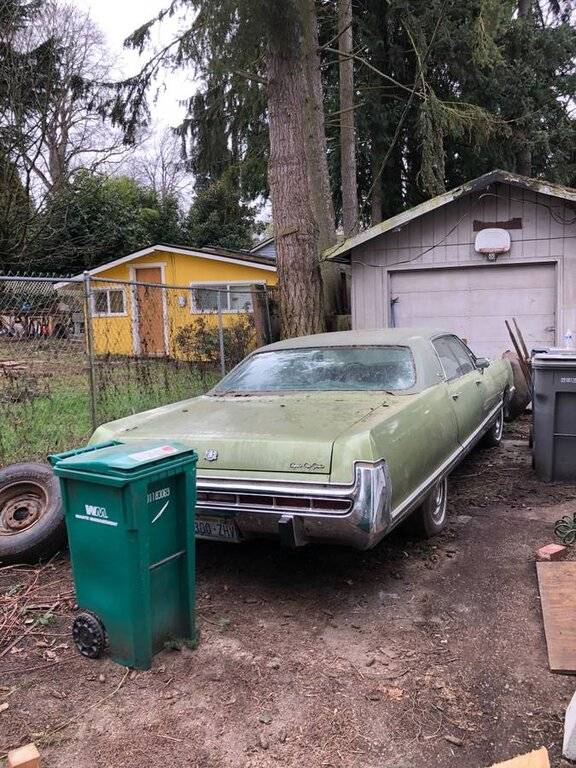 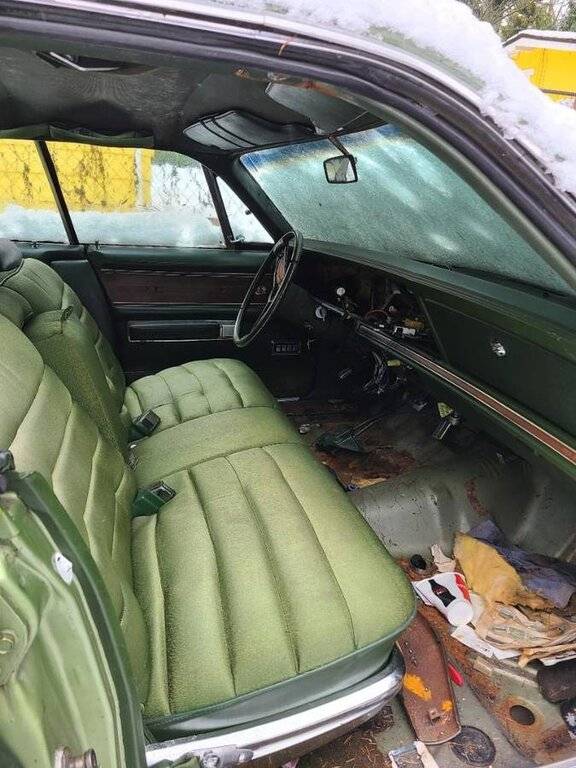 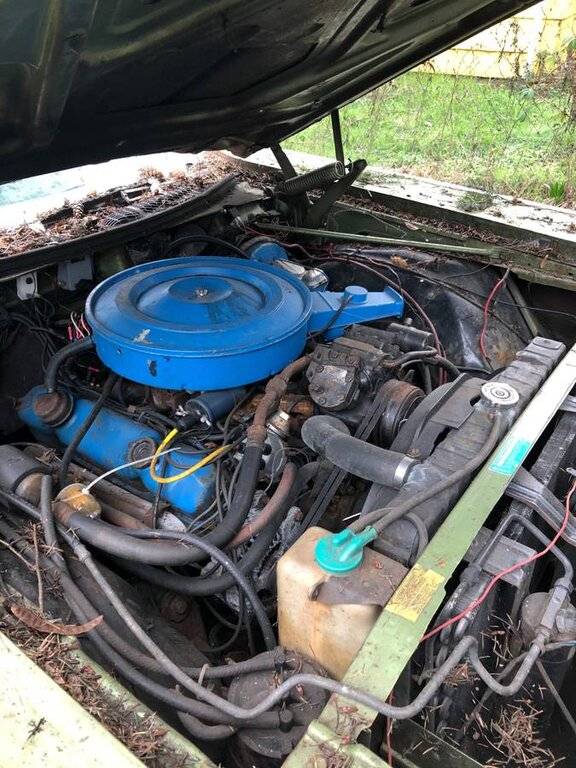 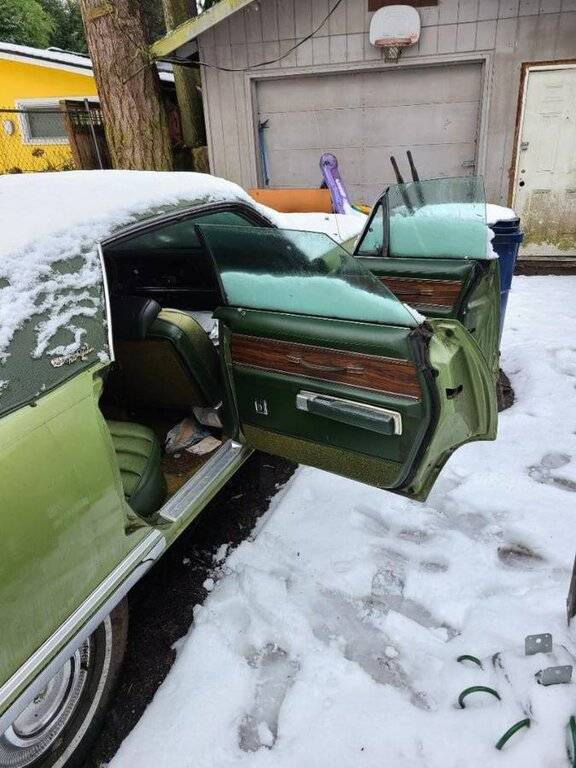 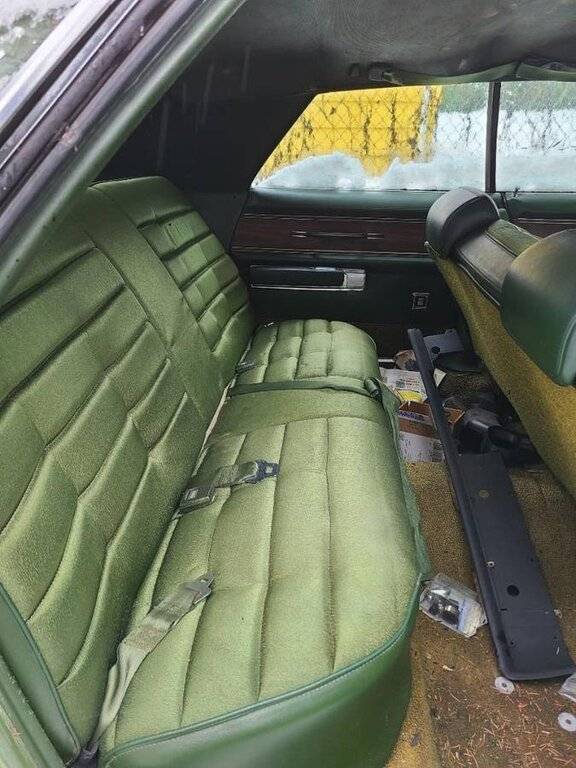 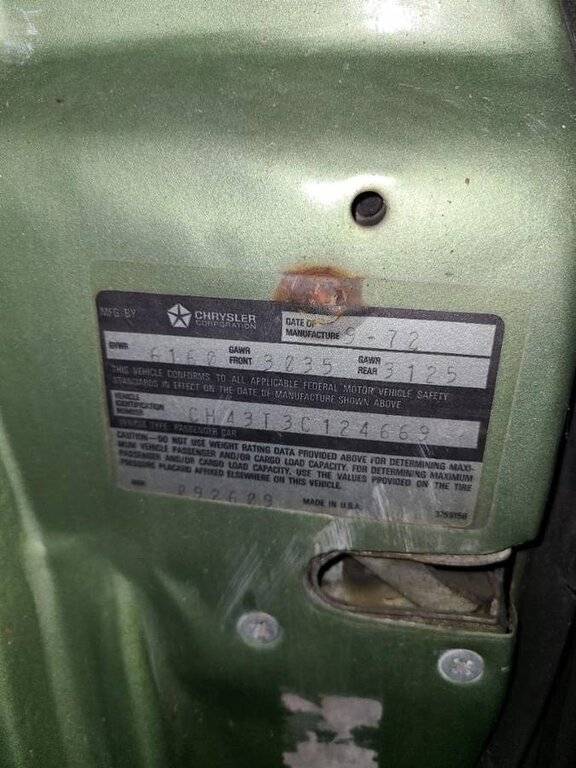 Thank you, @kyle340! In the same spirit, a search on eBay shows "historical titles" available for purchase re: the following cars: 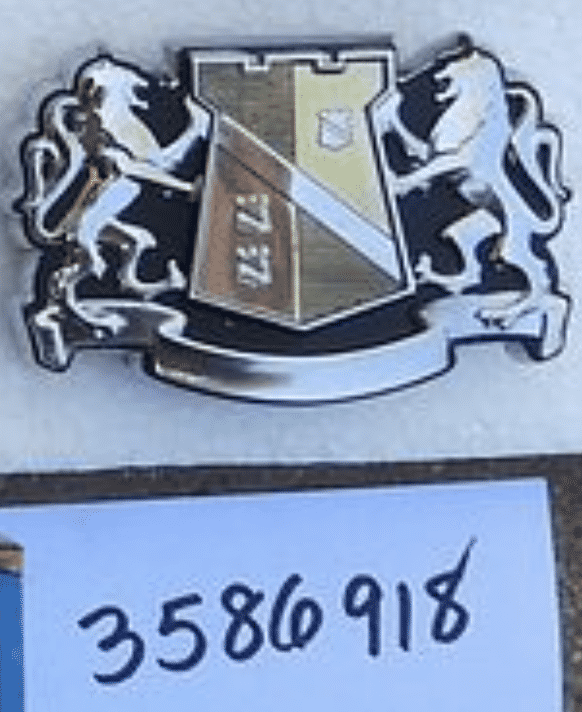