BaT Description
This 1960 Chrysler 300F convertible is finished in metallic blue over tan vinyl and is powered by a 413ci V8 paired with a three-speed automatic transmission. Equipment includes 15″ wire wheels, chrome bumpers, swiveling front seats, power accessories, and a white soft top. The car was reportedly acquired by the current owner’s family in 1974 and has since undergone two refurbishments, the latest of which is said to have been completed in 2003. The starter solenoid was reportedly rebuilt in preparation for the sale. This 300F is one of 248 convertible examples produced for the 1960 model year, and is now offered by the seller on behalf of the current owner with a clean Washington state title. Previously repainted in white, the car was refinished in metallic blue during the last refurbishment. Details include chrome bumpers, tail fins, a white soft top, a louvered hood, and a faux spare wheel. The seller notes bubbling paint on the undersides of both rocker panels. Aftermarket 15″ wire wheels wear 235/75 Dimension IV All Season whitewall tires. A matching spare wheel and tire are mounted in the trunk. The factory front drum brakes were replaced with discs during the refurbishment.The cabin features four bucket seats trimmed in tan vinyl along with matching door panels and contrasting black carpets. Amenities include swiveling front seats, power accessories, a push-button gear selector, a heater, and a Golden Tone radio.The two-spoke steering wheel frames a 150-mph speedometer and gauges for amperage, fuel level, coolant temperature, and oil pressure. An analog clock is located in the center of the dash, and a tachometer is mounted in the center console. The seller notes that the fuel gauge and the tachometer do not work. The five-digit odometer shows 34k miles, approximately 500 of which were added under current ownership. Total mileage is unknown.The 413ci V8 features dual four-barrel carburetors on a cross-ram intake manifold and was factory rated at 375 horsepower and 495 lb-ft of torque. The starter solenoid is said to have been rebuilt in preparation for the sale. 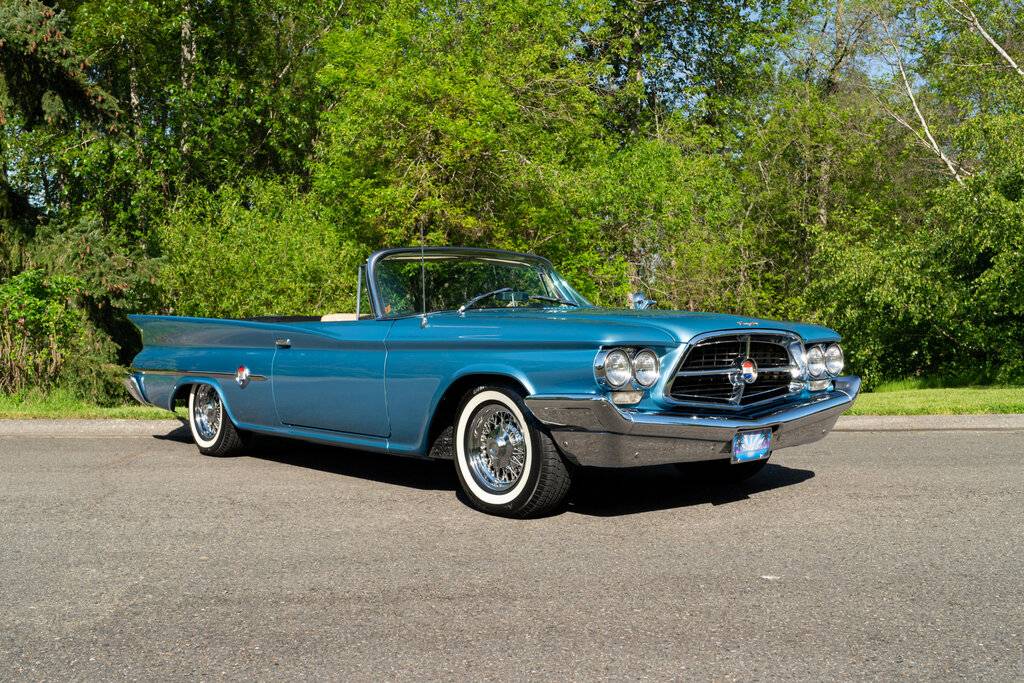 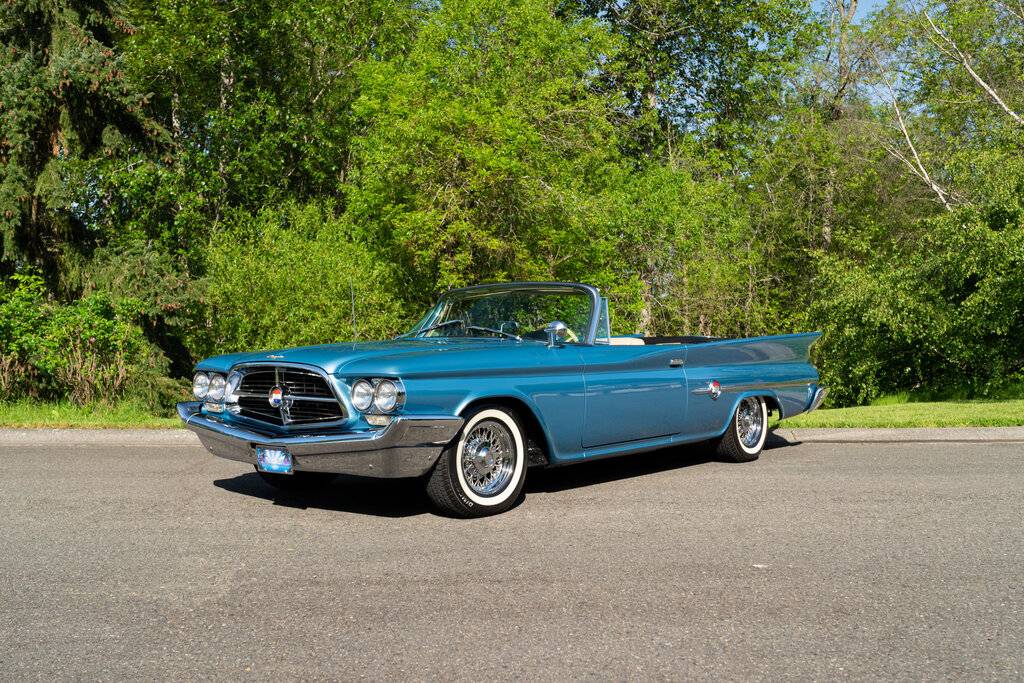 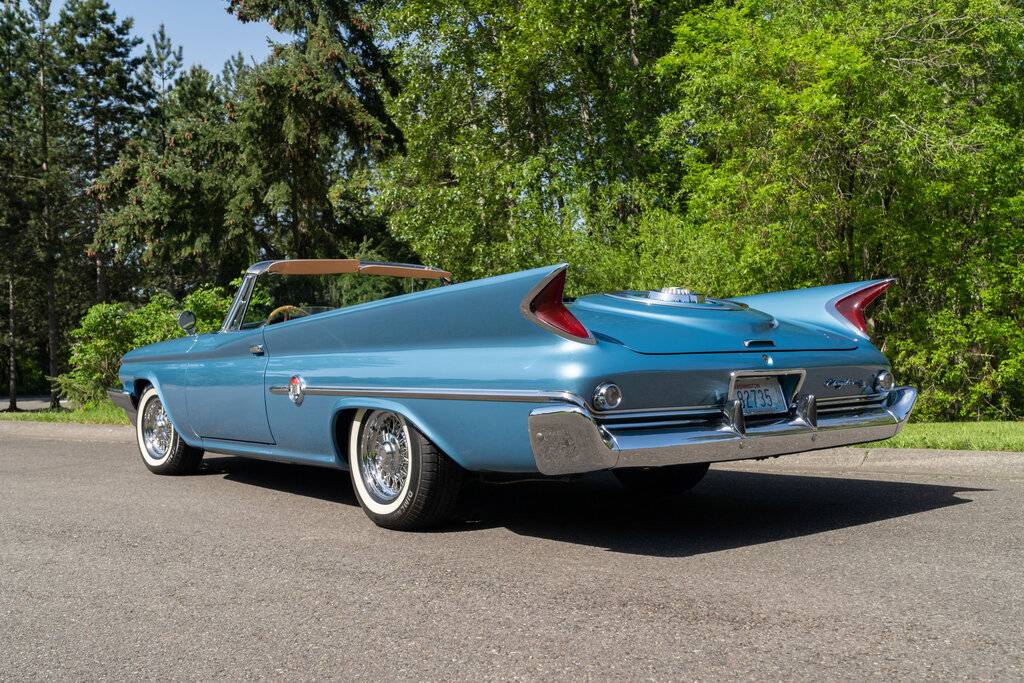 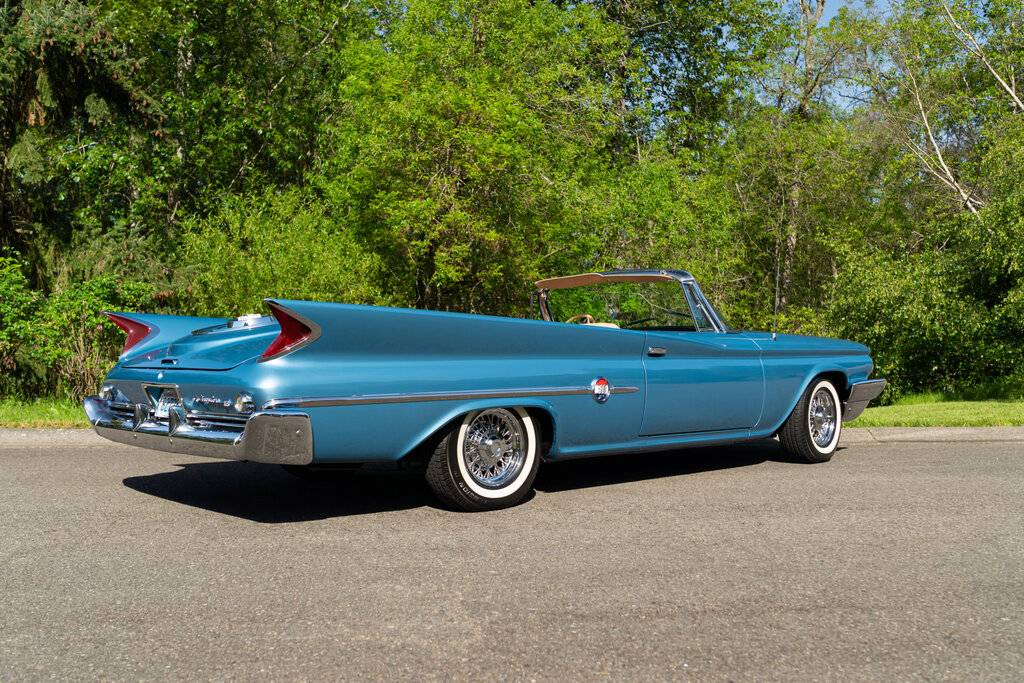 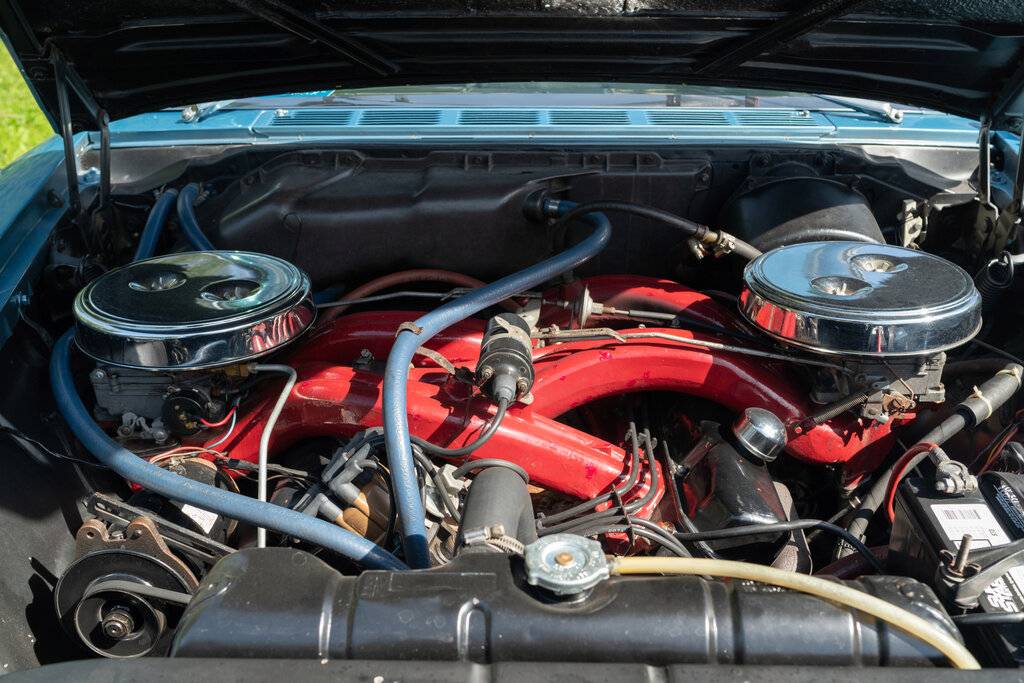 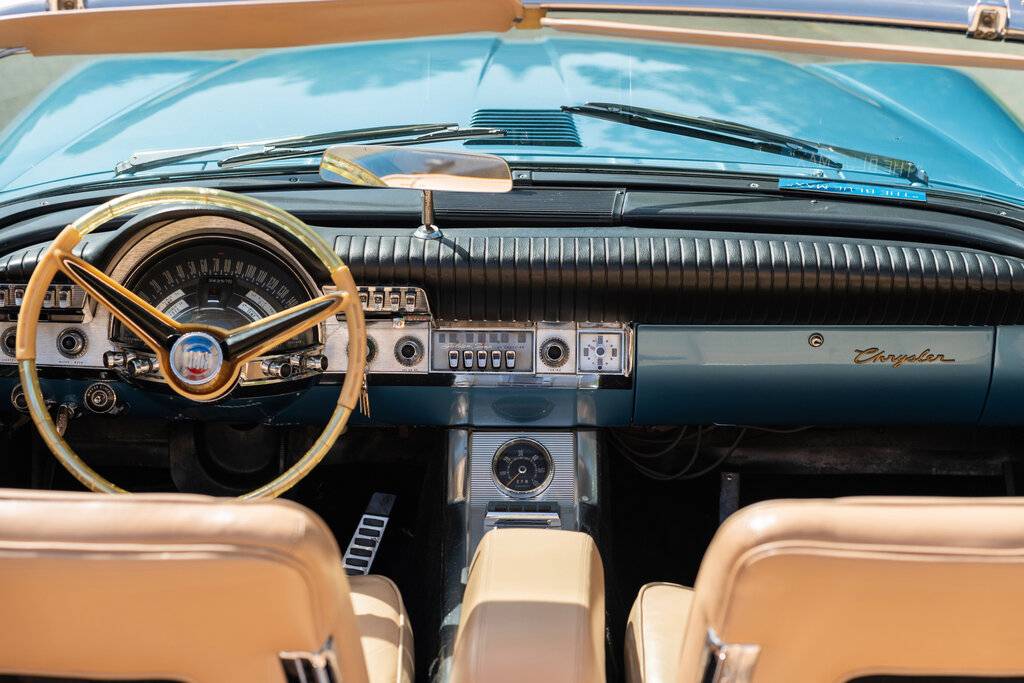 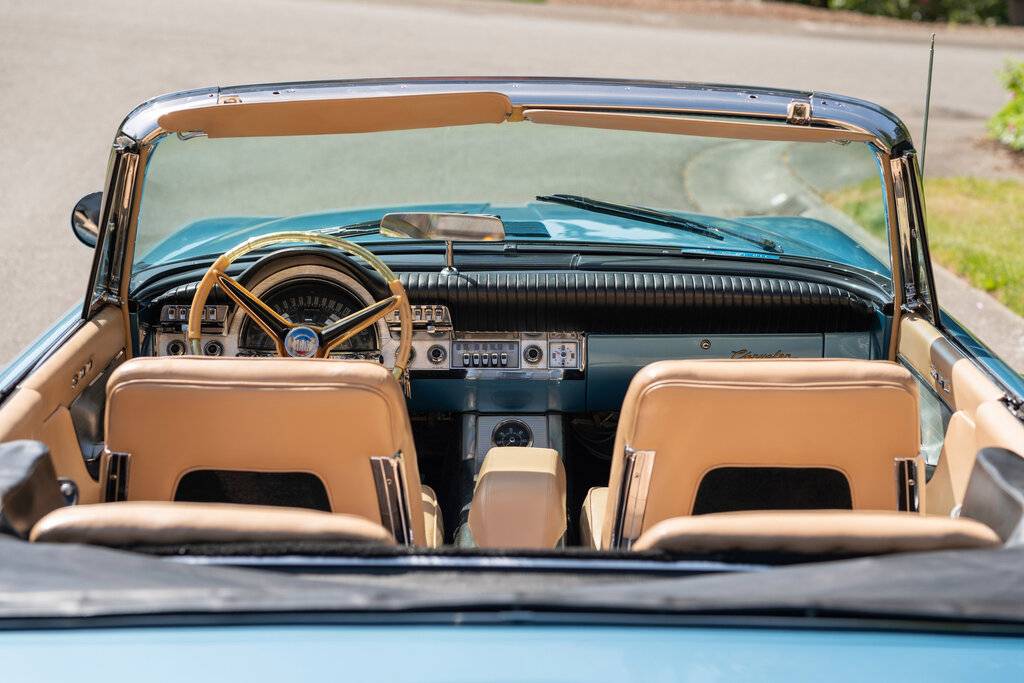 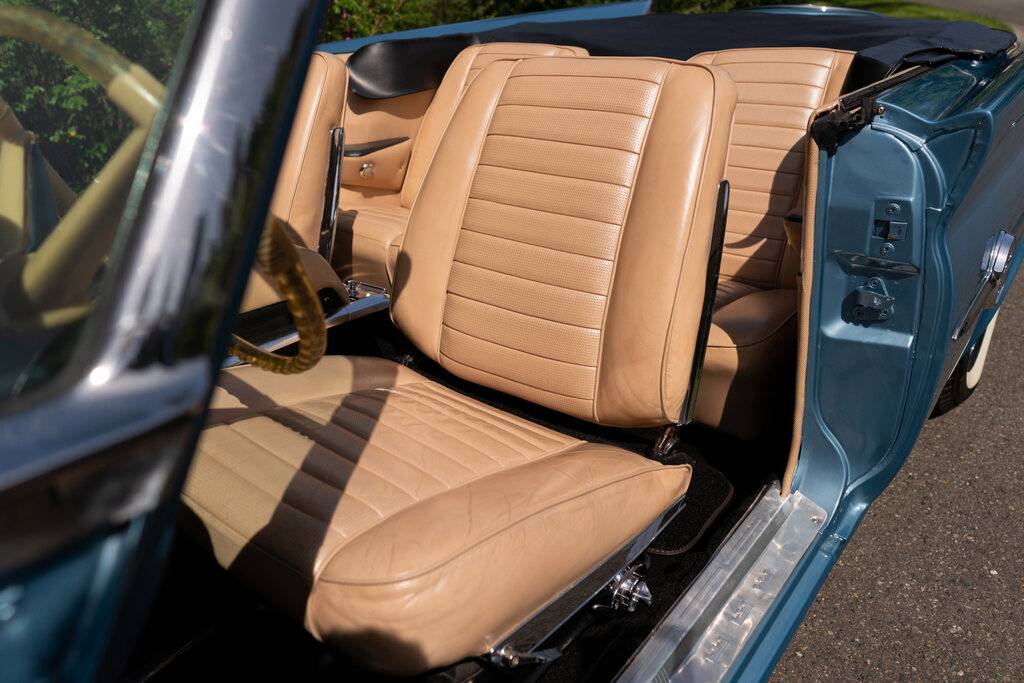 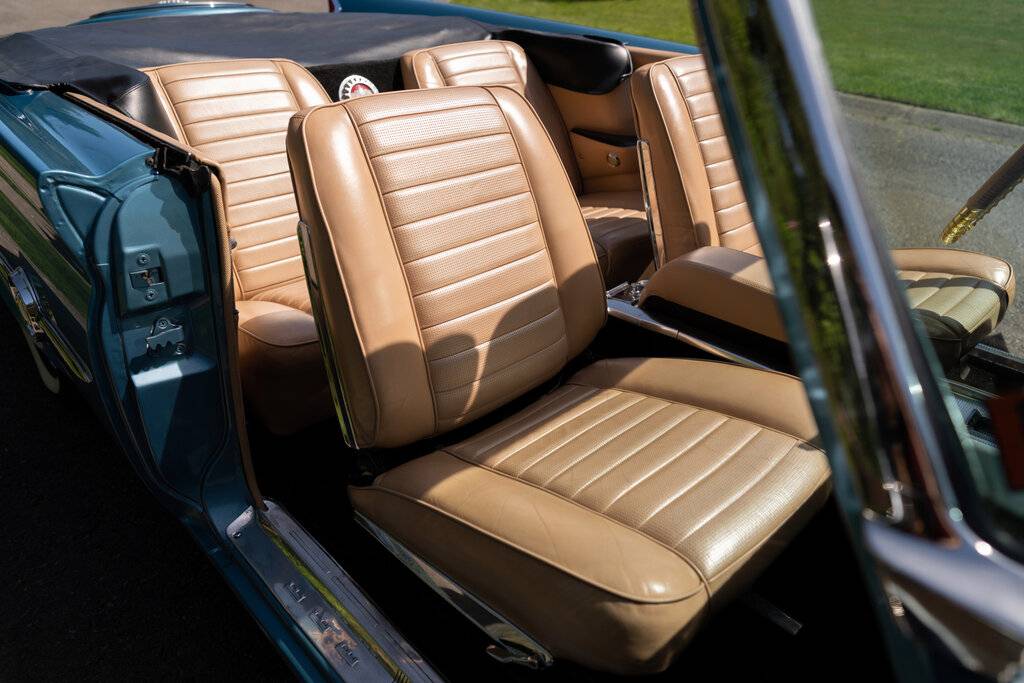 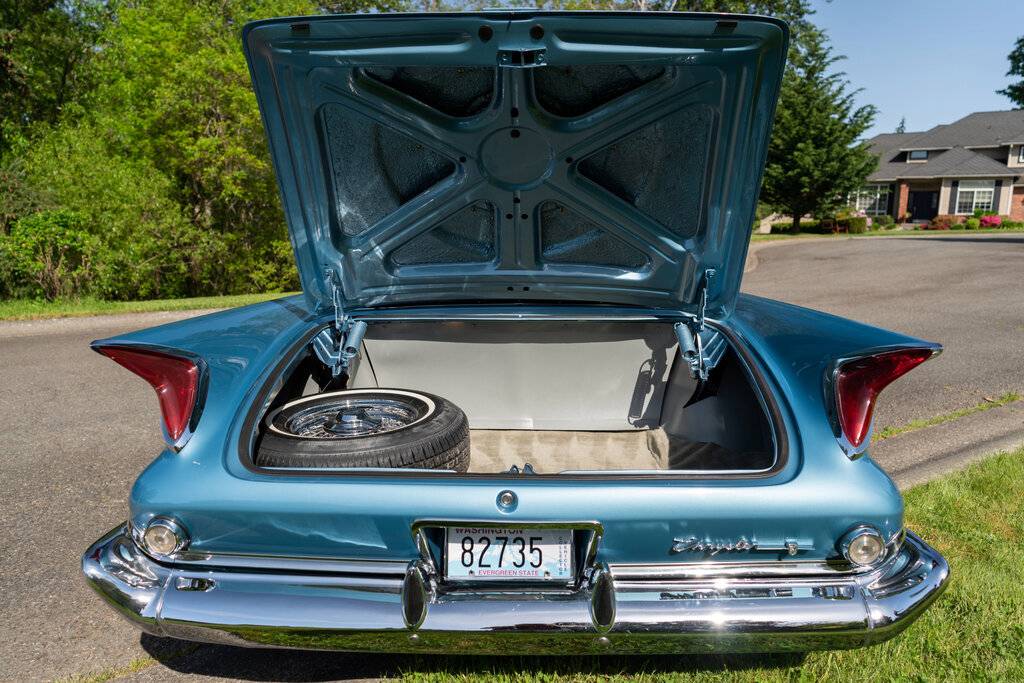 Wow... you swing for the fences Trevor!

Thats STUNNING....
You must log in or register to reply here.