I just picked up this mostly complete '65 Newport, but the entire accessory drive had been stripped at some point. I'm trying to come up with all the parts needed to get one together. I'll need an alternator/generator, power steering pump/reservoir, idler pulley, water pump, pulleys for each of these components, and belt(s) (I'm ignoring the A/C for now) - I'm wondering if anyone can point out anything I am not thinking of. Bonus points if anyone can identify the pulley sitting on the battery tray. Thanks. 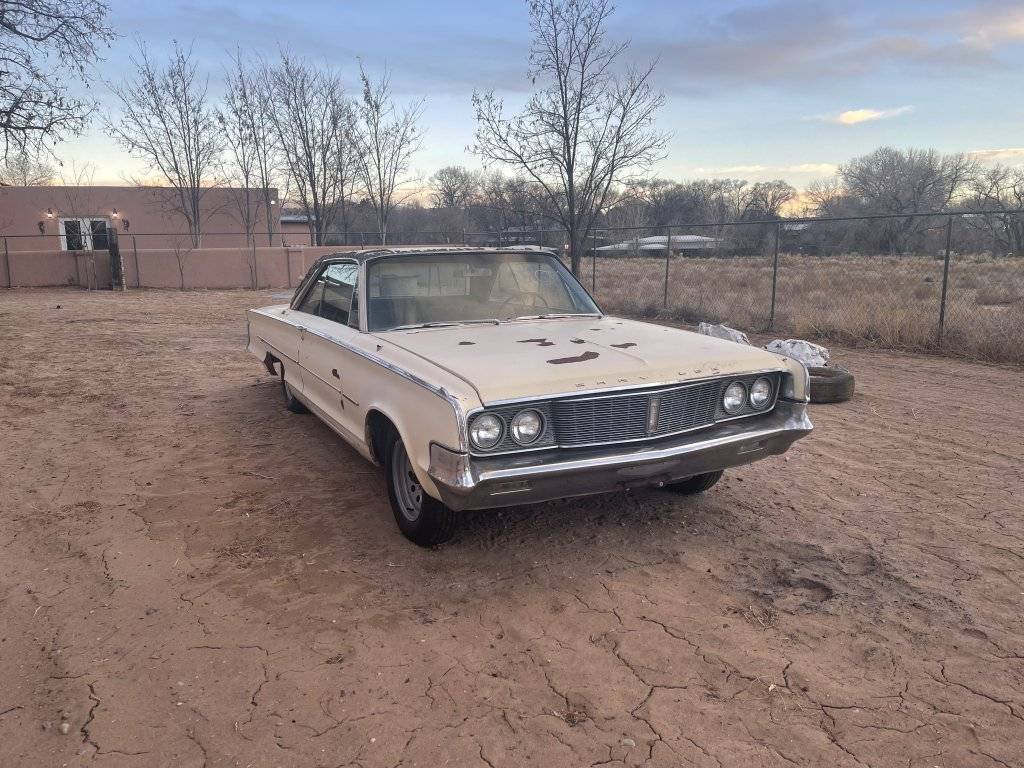 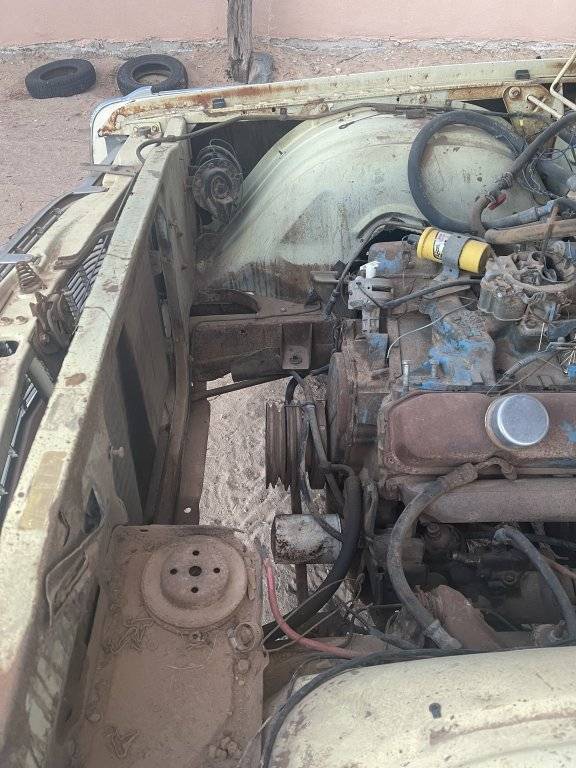 Using those crank and water pump pulleys it will be difficult for anything to line up Without the AC.

you could get a complete set of brackets and pullies for non AC and put it on.

you can’t mix and match AC with non AC pullies on the crank and water pump.

ask the @azblackhemi guy your getting the front end parts from, he may have parts for this.

Good info and much appreciated, glad I asked.

You might go ahead and get a serpentine belt kit for it. BIG bucks, though. It would certainly look out of place, too!

Seriously, though, it would be a good time to do a Sanden a/c compressor upgrade, which would include some of the brackets you need, I suspect. A couple of threads in here on that. Look for the more recent one by "TxDon" as he also put in the related condenser and lines, which he all did himself (with links to where he got the stuff, as I recall).

You are ALSO missing the water pump to crankshaft belt idler pulley assy. You'll see it in the illustrations in the service manual linked above.

Seems like Bouchillon Performance has the conversion kit for the power steering pump? To put the later model Saginaw (GM style pump which Chrysler started using in about 1969) power steering pump in place of the larger Chrylser-use pumps. Get the hoses, too.

These guys are the best for pulleys and brackets that I've ever dealt with
Home - Bouchillon Performance Engineering
You must log in or register to reply here.