How to find OEM parts for your car

Contact seller
I have a parts business that I have been running for 40 years.

Here's what I do when I want to find a part.

Get the part number using a part book. These are available online,
in paper (dealership part books), Dealer Cd's or microfiche.
I have all the Mopar part books for car and trucks from 1929-2012 in
various forms. I have a CD downloaded on my computer from Chrysler
that has all the truck and car books from 1982-2012. After that year all
the part books were delivered to the dealers via internet so you have to
call the dealer to get that info.

If there is a part number on the part, you can use that too although
it may be a casting # and not the service # in the part book. Sometimes
numbers on parts are the number in the part book. If a part is an assembly
such as a taillamp that has a lens, gasket, bezel and housing then the numbers
on individual parts may be valid numbers but the lamp assembly will have a
different number.

Numbers often are superseded for various reasons such as vendor
change, design change, etc. There can be numerous changes some of which
may look the same as the OEM part and other times it might look different.
I have old COS books from Chrysler (Cancelled, Obsolete, Superseded) that
have all the old numbers that were "equivalent".

Numbers that are cancelled often come up as NS1 or something similar.
That means not serviced (as in obsolete or no longer available). At the
dealership the guys would say "NFG" or no fuXXing good)


Parts that were serviced in various colors may have the same casting numbers
but the part book shows different numbers for each color. These numbers
are color coded parts.

Example: Black is typically X and white is W

the last digit is how dark it is. 9 is the darkest and 1 is the lightest
Example:
EX9 is black black is always 9
DW1 is white white is always 1

One way to find out what the status of a part # is to call my local dealership
and give them a number to see if superseded. If it is too old they will say it is
invalid which means Chrysler dropped it from their system. You might get
lucky and there will be a trail of old numbers associated with the part. Or it
goes to a specifier bulletin or has a recall # associated with it. I ask to see if
any dealers in the country stock it as all of them are tied into the dealer locate.
Sometimes there is some dealer that has it!

Let's say you still can't find it. Using Google or some other search engine put in
ALL of the OEM numbers including superseded ones and casting numbers this way:

If you just put a part # into a search w/o the word Mopar you are going to
get a crapload of stuff that has nothing to do with your part.

This will show you all the ads, E-Bay, forum posts, parts inventories, yard sales
aftermarket stuff, anytime it was in print and had these numbers in them.

There are 2 parts locators you can use if you have the OEM or casting numbers:

This is a good wrecking yard site for later models cars and once
in a blue moon something older (no part # needed):

When calling aftermarket sources (NAPA, Autozone, etc.) it is helpful
if you give them the OEM part number as they can crossover the # and
generally you get a better result.


The bottom line is to get a part # or you are pissing in the wind.

You could post this daily and only 1 out of 50 will listen to you.

True: I guess people piss and moan over how hard it is to find something. Most of the time they do not know how to search for stuff.

Most of the people I run in to in life can't find their *** with both hands behind their back.

Thanks the the two sites to look for parts. I've had good results using car-part.com to find parts, but I have gone on never ending quests with no results too.

I made this thread a sticky. It will stay on top for those that go to this forum.

Thanks Marty for supporting us with parts!!!

I have bought parts from the past 10 years. I even bought a NOS hood ornament for a 78 NYB from you at a very reasonable price.

I try to steer people to buy parts from you and I'll ask if they have a part number and 99% of the time they say no. No parts catalog or FSM. I'll tell them not to tell Marty I referred them. I can help out with Formal parts numbers but I don't have anything for the Slabs or Fusies.

There are many ways to get a FSM Factory Service Manual and a Parts Catalog for your C-Body.

E-Bay always have nice original FSM's and Parts Catalog's. Some are priced pretty nice and some are expensive.

This is another source that you can get a paper reproduction or a CD for a FSM or a Parts Catalog. They have other books and brochures and stuff. I haven't had to search and find any of this stuff in over a decade so you'll have to pickup the ball and run from here. Bishko use to have a booth setup at Carlisle and offered a 10% discount at Carlisle. I don't know for sure if they still go to Carlisle or not....I haven't needed anything in more than a decade.

Yes, Part Numbers are a Must !

Thanks Marty. Over the past few years I have come to realize that searching for parts in the world of C-bodies is sort of an art form.

not just C Bodies...any damn Mopar that is over 25 years old is a nightmare!

Parts manuals to download at no cost: Parts Manuals – MyMopar

Great info Marty! Thanks for posting.

I have bought parts from Marty since 1992. Always great service, always a fair price.

Marty is one of the good guys.

Thanks Marty...very informative post.I knew about and use Partsvoice and car-part all the time, but I will have to check out rearcounter. I have found tons of parts thru car-part to keep my '92 Dakota alive.
O

marty mopar said:
True: I guess people piss and moan over how hard it is to find something. Most of the time they do not know how to search for stuff.

Most of the people I run in to in life can't find their *** with both hands behind their back.
Click to expand... 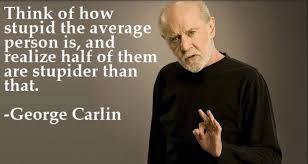 For parts that fit vehicles from the 1990's to fairly recently, you want to also check out Vintage Parts. They buy out all the old inventory from Chrysler and a number of other manufacturers. I believe that once you set up an account, you can buy parts directly from them. If you know someone at a Chrysler dealer, you can order through the dealer. Vintage Parts will sell to the dealer at the last wholesale price that the part sold for when it was discontinued. I think they cost more if you go direct.

Find the vintage Chrysler OEM parts you've been searching for here at Vintage Parts. We carry original parts for everything from the cab to under the hood. 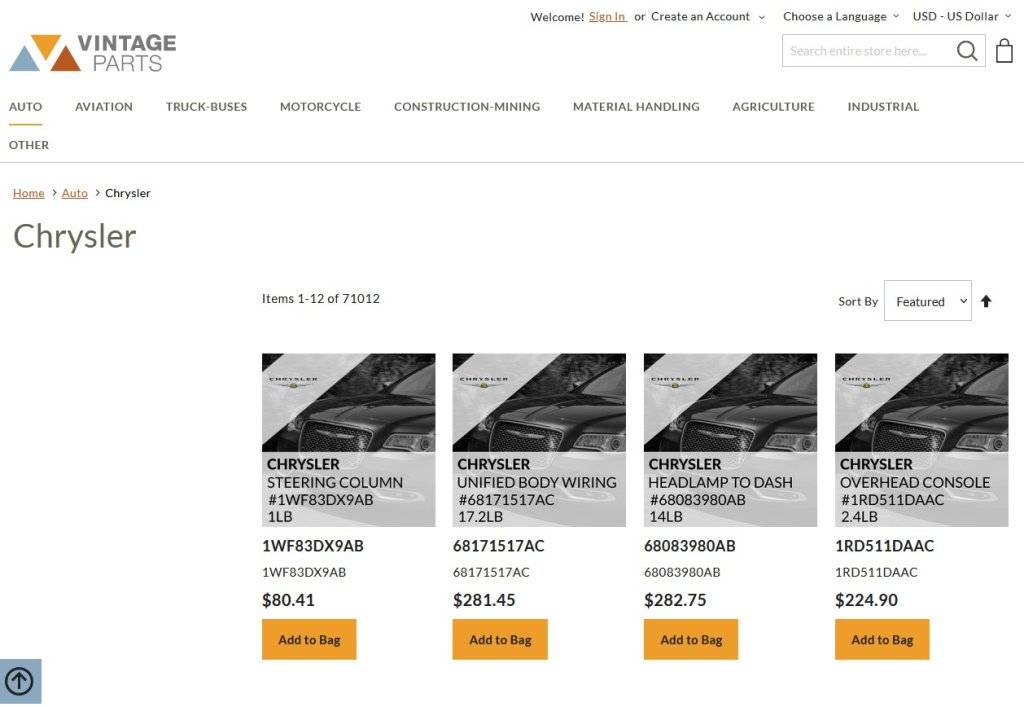 I work with data every day and I've converted the CD .pdf service and parts manuals (I have the 69 for my care) to text using free optical character recognition software on the web. It does OK but misses a bunch. Worse, its gets stuff wrong. Probably should spend the $$ for better software. IF I could get the part numbers as real discrete data I would like to create an easily searchable database that I would make available to the site. Some of the knowledge Marty is talking about no doubt requires experience and cant be recreated with data, but a lot can. I see what Marty wrote as a sort of process of how and what to look for and then when you find it the explanation of what you find, like colors, etc. Most of that can be recreated to get you 80% of the way there. Maybe not "here is your answer" but "here are the 20 numbers to look for" kind of thing. It gets really cool when you start comparing and then see what part numbers are common to other years and makes. Ive thought about web scraping the rokauto website but then find out I'm not smart enough.

You should be able, for example, search for 69 Imperial headrest and find all the part numbers and breakdown of the colors in both codes and real text.

Does anyone know if the these parts books and/or scans of parts books can be found as data? Meaning real numbers and text, not pics your eyes can only understand. Probably all been done before? I know these are giant books but as data only they are manageable. Maybe. For example How many parts are in 69 (all models) parts manual? 100K? Just wondering.

I often refer to online information such as mymopar.com or GMpartswiki, etc... Having the part number is a godsend. I look for the number and Google it. Not always successful but sometimes am lol. "Back in the day" I scoured flea markets, car shows, Hemmings, Cars and Parts, etc... Today is much easier especially with a part number. Having parts experience affords me the ability to navigate parts catalogs. Although I learned at a Pontiac store back in the 80's I have come to figure out the methodology of OEM part numbers. Ford numbers look bad but actually give A LOT of information on application. I also learned the front pages will give a lot of good instruction. NOW. I need a heater core for my 71 Fury P/N 3579169 (aftermarket 94510). Anybody??? lol
J

jollyjoker said:
I know computers are great, but . . .
I just keep the big old blue binder next to the latrine . . .
Click to expand...

Isn't toilet paper cheaper and easier on the butt?

For Sale NOS Dealer Nameplates, Keychains and a Tissue Box

C
For Sale 1963 chrysler parts car in a junkyard