1968 Chryslers - why is there a bulge in fenders above rear wheel opening?

As I've been doing bodywork on the 68 300 convertible rear fenders, I have detected that there is a slight outward bulge in the sheet metal above the wheel openings. We have 4 68's Chryslers: (2) 2-door 300's, a 2-door Newport, and a 4-door New Yorker, so I checked them all. Each one had some degree of bulge in that same area except for the all-original-low-miles-body-in-good-condition 68 300.

So it has me wondering, is the bulge because of a factory defect? I thought I read in a thread on here that some rear slab-side fender stampings had waves or bulges but I can't remember what models or what years or if this is what was described. I also think that one or two of them even had a slight bulge along that upper crease, but I'll have to recheck that to be sure. 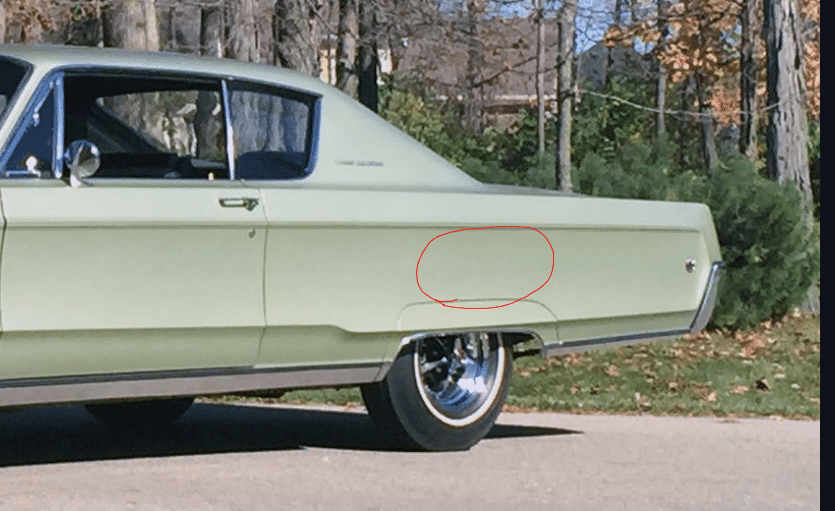 Look at the build dates and assembly plants of these cars and post the results of that.

Well you peaked my curiosity, so I went to the garage for an inspection, and I don’t see a bulge myself. But you have 4 to compare to my one ‘68 which was built at Jefferson Assembly 12/6/67 according to the fender tag. 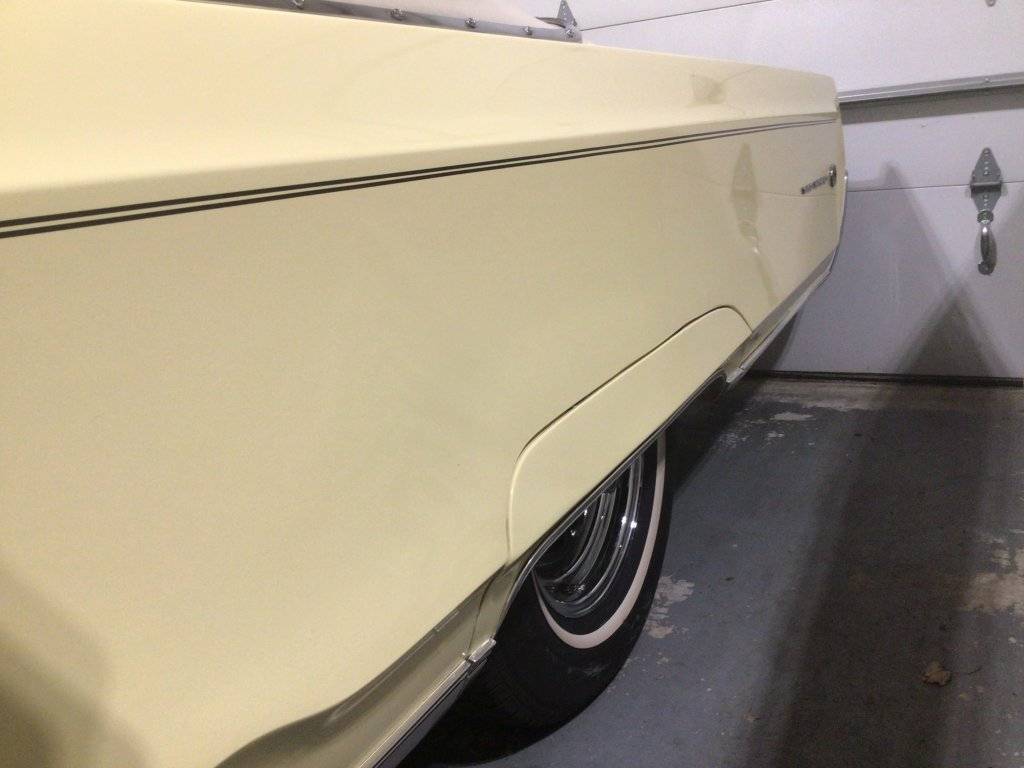 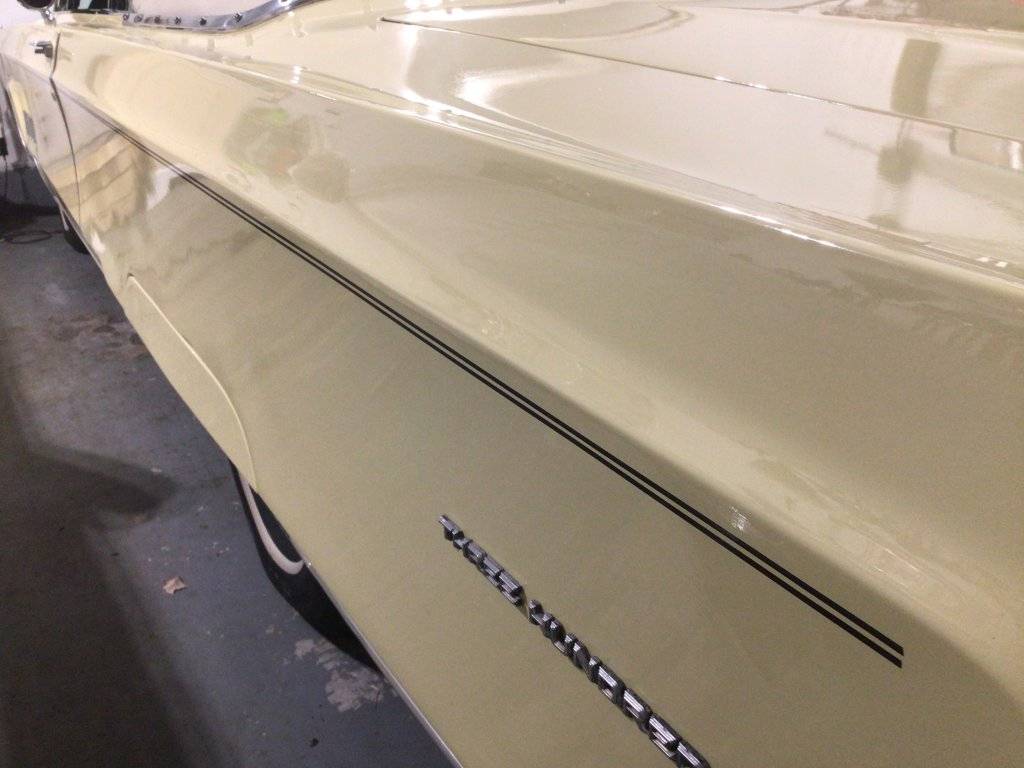 nothing on this one, 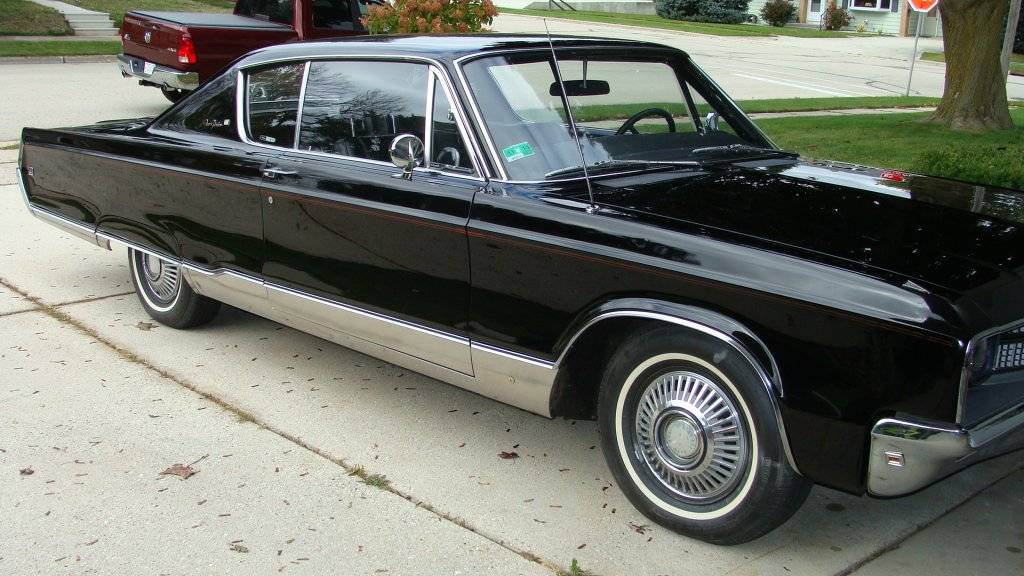 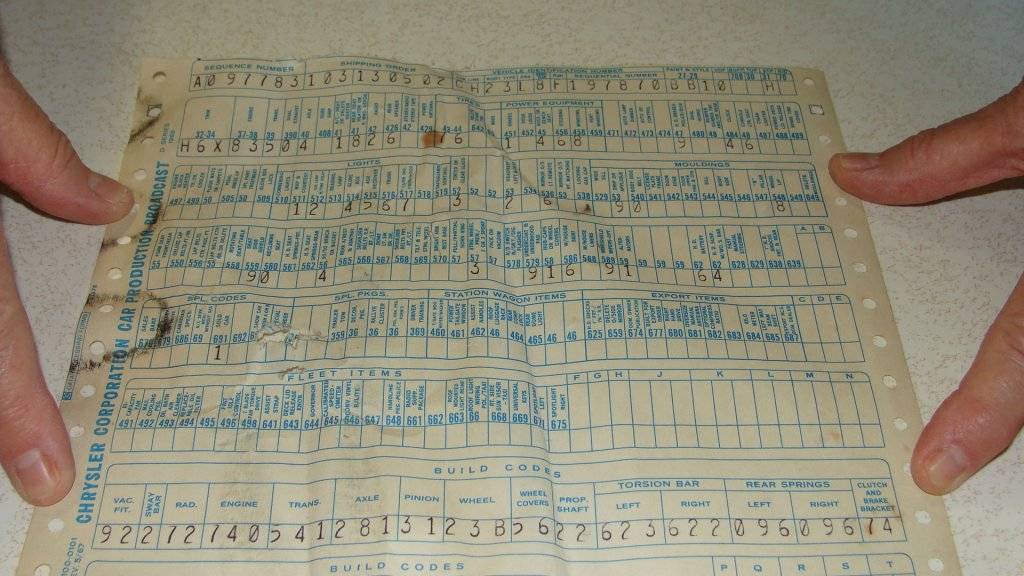 Never did notice a "flat spot" on my '67 CE23, fwiw. As that panel is stamped, a bulge would mean the stamping tooling for it was getting "worn out", but "worn out" usually means other things than a bulge appearing where one should not be. No spot welds in that area either, which could have been burned too much during assembly, that I know of.

On the pre-1992 Suburbans, we saw LOTS of those with wavy sheetmetal under the rear side glass on the quarter panels. That was due to the factory operatives cooking the spot welds too much on them. More had them than not, by observation.

Problems with the sheet metal around the fast top rear wheel openings are fairly common. It's a complicated panel and the scrapage rate for defective stampings was very high. Some bad panels made it through the system and onto cars.

It's not something you can easily notice with just with your eyes. But if I position myself behind the car and look forward along the side of the car, as I move my viewpoint from the edge of the car towards the center, I can see that before I totally loose sight of the side of the car, that the surface of the door disappears behind the bulge. I don't know how well I described that but hopefully you can visualize what I'm describing.

But I've also been using a stiff metal yard stick to hold against the fender and when it's centered on the bulged area it rocks ever so slightly like a see-saw.

It slipped my mind that I had yet another 68 I could check -- a 4 door Newport parts mobile. It also had the bulge so I went back to the pristine 300 and re-checked and I did detect a slight bulge. It's not as pronounced as some of the others, but about midway into the concave area it is detectable by holding my metal yard stick along it.

I thought maybe the bulge was because of the heat from MIG welding as I think most of my cars had work done to them in that spot since they are so prone to rusting there. In fact, on the 300 convertable I am working on, I can see as I sand down to bare metal that it was repainted TWICE (in some areas I saw: metal-primer-paint-filler-primer-paint-filler-primer-paint) But the pristine 300 did not have any sheet metal work done to it, as far as I know, so that would shoot that theory.

I'll try and get some pictures. I'm also going to double check my yard stick for straightness, but I'm pretty sure it's true because other areas I've checked are straight, such as the metal above the upper crease line.

IMHO, I would write that off as body flex.

Many years ago, when we had to shoo the dinosaurs off the track, it was noticed on a couple B-body drag cars that we would get an "oil can" type area on the left front fender just behind the wheel opening, under the body line. We figured it was from hard launches where there was no front roll cage brace to the front frame/suspension. Pop the area in and it would be fine until you made a run and it would be popped out after. It would get a little worse each season.

Another occurrence I've seen is the front fenders of some C-bodies, right above the wheel opening.

With the '68, it seems to me that this is the area between the leaf spring mounts and would probably flex as the rear axle moved. Throw some rust in there to weaken the structure and then some "heavy duty" replacement leaf springs and it doesn't surprise me to see some ripples there.

Could it be also that two door hardtop cars flex more than their sedan bretheren ?

An interesting notion. That would explain why my higher mileage/poorer condition cars seem to have a more pronounced bulge. And why the convertible has the most, since it naturally has the most flex just by its very nature (and is also in so so condition)

Would the tenancy be for the tail end of the car to get pushed up? I do remember back in the 80's when I used to go to demo derbies, it was pretty common for the 60's Mopars to get their *** end bent straight up so they looked like a turkey with it's tail feathers raised.

Quarter bulges in the circled areas are not unusual for these cars. Since your bulge is centered over the wheel, it's most likely warped from someone welding in a patch. 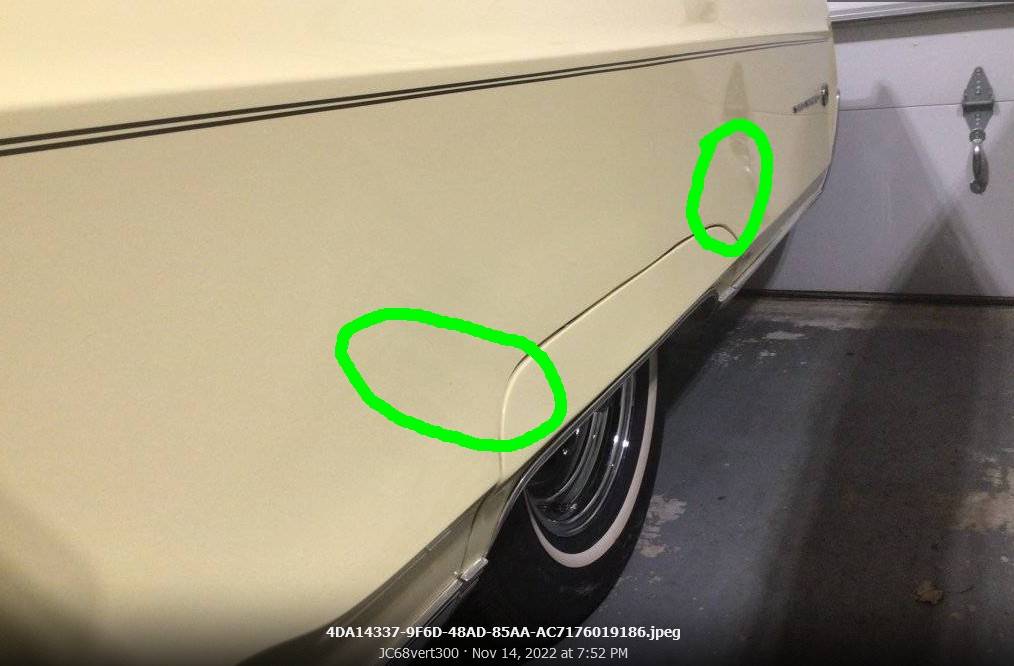 Here's part of an article about it from Collectible Automobile: 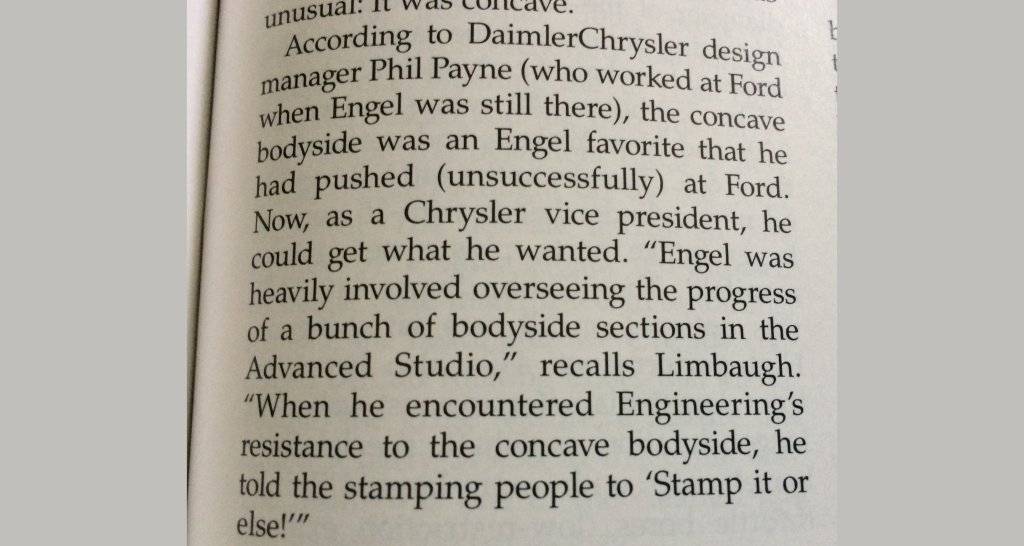 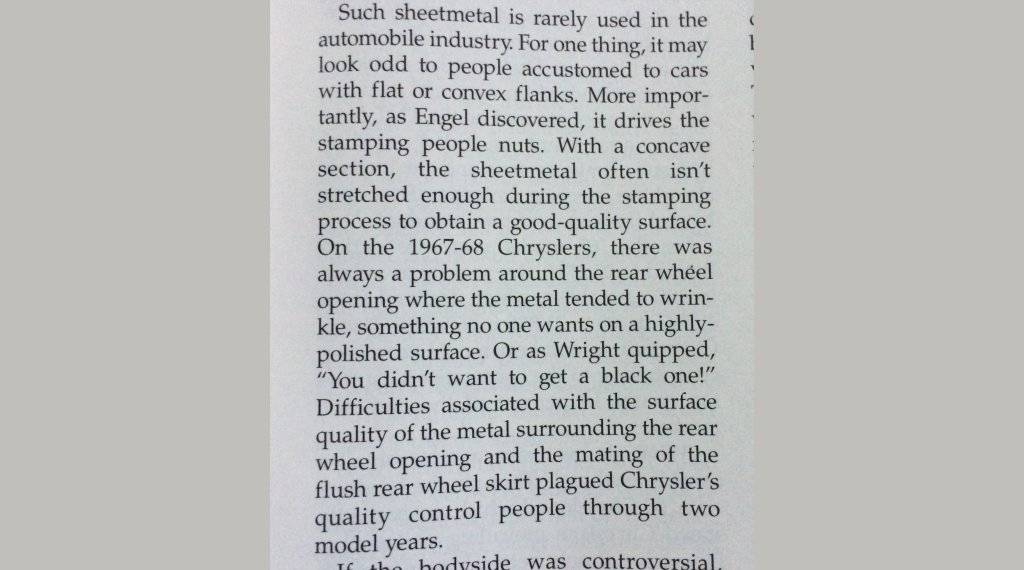 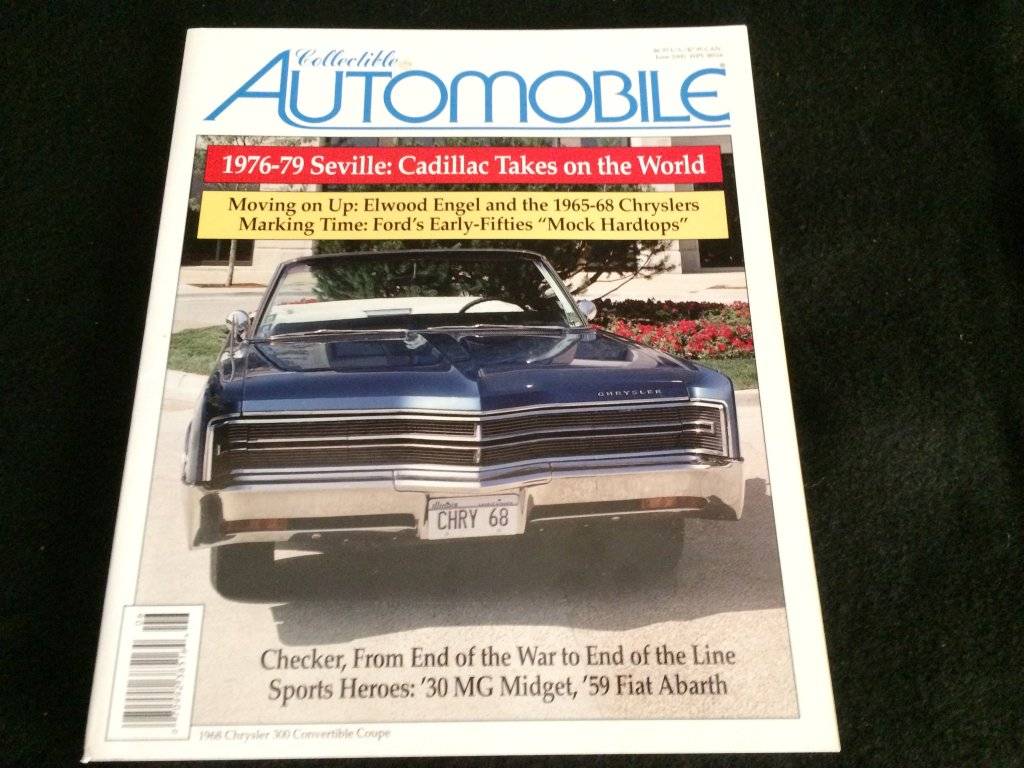 Were the cars you speak of body-worked in the past? I ask because on Slab Chryslers the area above the skirt was notorious for rot out.

Odds are if a Slab Chrysler has had body work to address rust, that area has probably been done.

Ah ha -- I thought I read something about this. My brother got me that same magazine a year or two as ago as a present so that's where I first heard about this problem. Thanks for solving that little mystery for me!

MrC: some of these did have body work in that area, but one of them is original and still exhibits a small amount of bulging above the wheel opening.
You must log in or register to reply here.