Great price and very encouraging to those who dump a lot of $$ and time into these timeless vehicles.

Dave wasnt too far off and early on in the auction . Im happy to see the money spent

polara71 said:
I'd really be upset if I bid this car and lost it over a hundred bucks
Click to expand...

The top bidder probably put a lot more $$ on the line than it appears. Both of the last two bidders were snipers right up until the very end, and both knew what they were doing. I am just glad one of those two 0 feedback bidders near the end didn't mess things up. Bring a Trailer seems to have a better selling model IMO than Ebay, which seems asleep at the wheel in terms of management and competitiveness and haven't fixed their long term problems over time. I hope BAT takes their lunch eventually.

Hopefully the buyer will show up here. Maybe its Critter, he wanted a black 70 didnt he?

Hopefully the buyer will show up here. Maybe its Critter, he wanted a black 70 didnt he?
Click to expand...

Critter is not a fan of drop tops, so I doubt it.
C

)
Somebody must know him.
Carston, who is it?
F

)
Somebody must know him.
Carston, who is it?
Click to expand...

A MoPar collector that knows quality.

saforwardlook said:
I get your point Jeff.

But on the other end, Greg put a lot of time and money into making this black convertible both outstanding and mostly original because he loves these cars along with the other Chrysler Corp bodies he has done, and I would like him to be able to recoup a good share of the loss he will take on selling it even at the price he will get, more than likely. Only by having more cars out there like this one will these cars even survive to the point of even being available. As long as prices stay low, more and more will ultimately be crushed since they become way too expensive to even be restored after all the dreamers let them sit, usually outside since they have limited storage, before "being restored one day" when they really can't afford to do that. And they rust more and more and then are only temporary drivers before meeting their final fate.

I like to restore my cars much like Greg has done this one, but even he surpasses my standards since I am not that stuck on having date coded and correct numbers marked radiator hoses and belts, etc but I certainly will never be found with a car with a flex radiator hose either! I personally want more of these cars to survive since relatively few were built in the first place. And their design in my opinion is among the best of any cars ever built. It is time for these cars to get the respect they deserve, is my bottom line. And that won't happen unless more examples like this one on Ebay surface. My cars have been and will continue to be restored close to this level and I am doing so because I really admire them and want others to do the same, not scoff at them. I have been to Greg's place and he has done some really nice B bodies (the last one I recall seeing at his place was a 1971 Hemi Roadrunner, triple black and mint - just like this Fury convertible). He will get serious money for that car when he decides to sell it as it deserves, and I also want him to get some decent money for this example, because that is what it is worth.

Greg came to my place on one occasion to consider buying my EV2 Chrysler 300 convertible but it was pretty rusty, and having recently completed this Fury convertible, he looked at my car and concluded that it would cost way too much to make it reasonable and decided against buying it. But he did check out many of my other cars, and his reaction was "you can tell you are a real Mopar guy because it is clear you have been collecting all these cars and NOS parts over much of your lifetime because you really love them" - he immediately recognized a couple of my cars that he had known and considered buying himself in the past and was glad to see they now had a good home and would not end up in the hands of people who could not give them the attention they deserve. So he is much like me in many ways and I respect the love, detail, and attention he gave this car and want him to gain from it. He deserves it, and I want to see more like his cars in the future.

My EV2 convertible ended up in Finland where it is being restored to a high level by a guy that does welding for a living, and he is doing it really nice, and from what I can tell, close to the level of this black convertible on Ebay. He will do it right and put in the resources needed because he loves the car and what it will be again. That is what I want to see more and more of. This is the "before" photo of EV2, and I am hoping to see it when restored looking like the one being sold today:

Thank You... and I really don't mean to take away from this car or the several others around this forum that are high quality machines. I do appreciate the background information from a trusted source (you).

My issue will be with the far lesser cars that will follow and use this car as an excuse to be overpriced. Too many I see seem to think there is a big profit in these old cars without any love of them. A car with a six figure restoration selling for $40k isn't a win either.

You can overprice a car all you want....the market will still determine its value. Case in point there are many reasons this other 1970 Fury Ragtop sold at 1/3rd of the price four days apart. 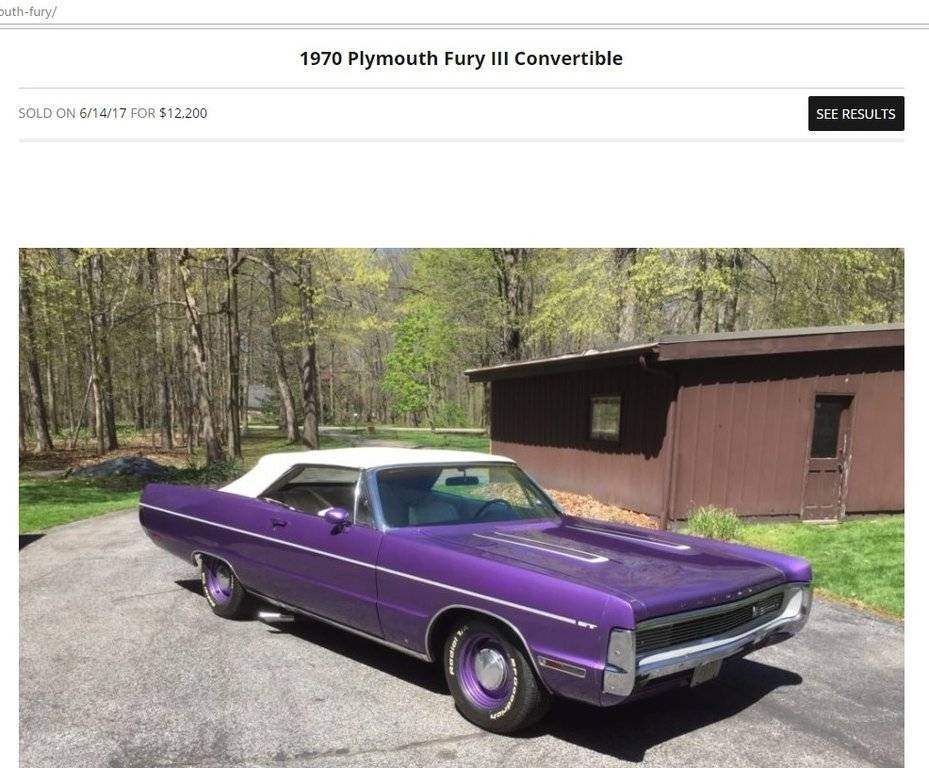 After it's all said and done - beautiful car, outstanding restoration and a reasonable selling price.
I guess that makes mine about $51k Cdn, still under cost, but livable.

cantflip said:
My issue will be with the far lesser cars that will follow and use this car as an excuse to be overpriced. Too many I see seem to think there is a big profit in these old cars without any love of them. A car with a six figure restoration selling for $40k isn't a win either.
Click to expand... 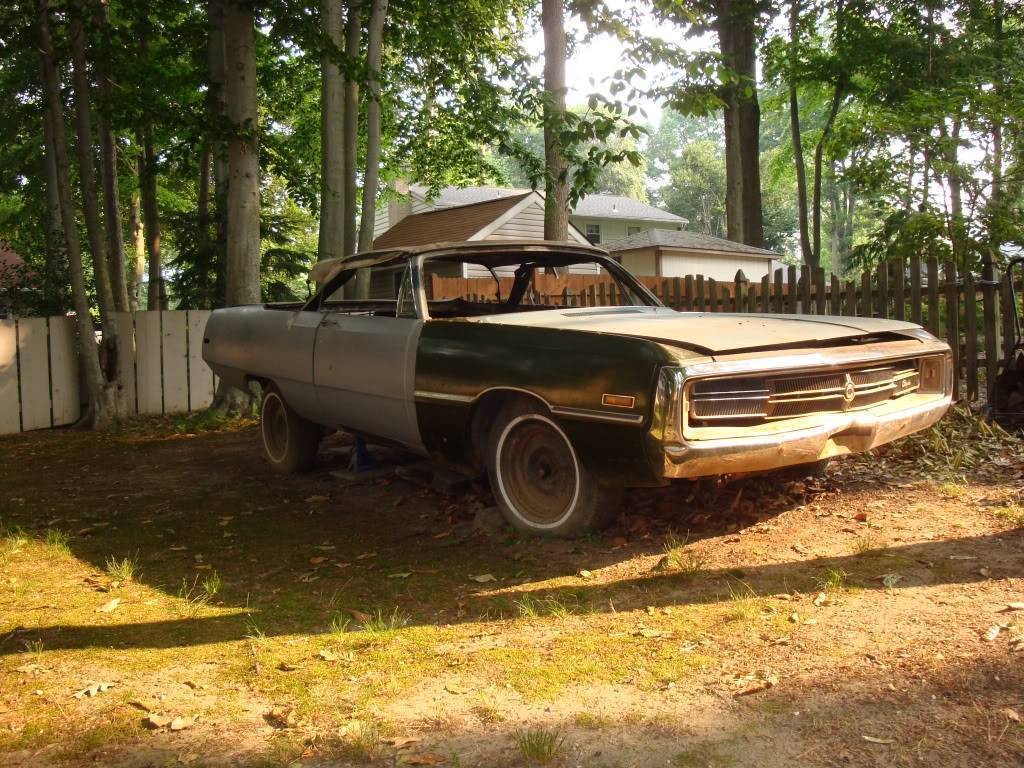 Finally getting rid of that vert so you can concentrate on that awesome parts car!

Finally getting rid of that vert so you can concentrate on that awesome parts car!

Aside from Hursts and SFGTs, is this sale a personal best for Fuselages?
F

No. It's a decent number on a public sale though.
C

Any come to mind?

L
For Sale 1981 Imperial for sale in Fla